Why I Don’t Need ‘That’ Dotty Summer Dress… 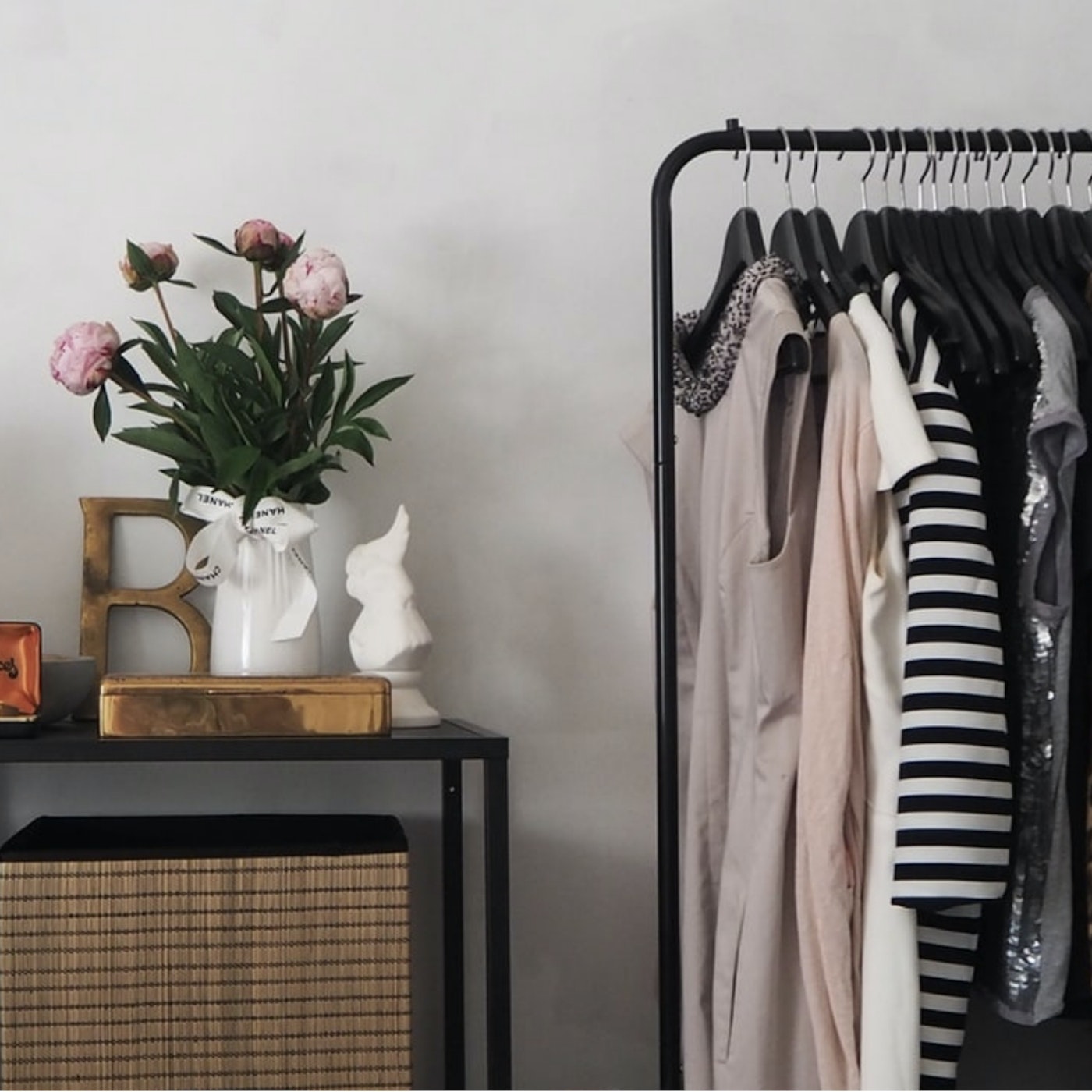 I first laid eyes on her as I was guiltily watching a shallow and inane YouTube blog in the few minutes that I caught between household chores and life admin, my staple activities while my daughter naps. Those precious few minutes – when you shovel down whatever you can cobble together for lunch for the day – and which requires a total shutdown and reboot of the brain. She danced across my iPad screen hypnotically, clothed on a generic, unnervingly upbeat and tooth-achingly sweet blogger. She was a slow burner, she didn’t jump out at me first. Just kind of piqued my interest. She elicited an internal ‘hmmm’ – not a sentiment that manifests often in my inner thoughts which are home to my more impulsive and immediate feelings, borne prematurely, with less consideration and care.

I was intrigued enough to get out of pilot, watching-mindless-YouTube-content brain mode to expand the description box and look for the familiar, bold affiliate links which sat confidently at the bottom of the screen.

I caught the price, tilted my head to get a different perspective on the cut, took in the shapes and colours of it, as it hung generously on the emaciated Zara model. My mind artfully did the Islamic math to produce the desired level of modesty – dress plus open abaya – the usual question of hijab options was neutered by the accommodating monochrome tone. I looked at the time, mildly annoyed that my requisite mindless ten minutes had been imposed upon by her Dalmatian spots. I put away my dishes, closed the screen and continued on with my day.

It might not be as long on me, I mused as I drove to pick up my older daughter.

I mean I’m supposed to be budgeting I reasoned as I put on dinner a few hours later.

This back and forth dialogue played itself across my mind over the next few days. It outran the random thoughts that I had about the ring loafers I’d favourited on ASOS a day ago. The more out-there, bold dress choice I was hopelessly entertaining a week ago, that I was never quite able to reconcile with my barometer of modesty, despite employing acrobatic-level reaching skills. She even survived the watertight obstacle course of my martyr-complex and mum guilt. I reluctantly made the purchase a few days after our first encounter.

The Zara box arrived seamlessly two days later. I need it for the warmer weather I reconciled with my silent and oblivious husband as I opened the distinctive brown box with the white overlapped Zara writing sitting on top. It’s hurried tone reflected my own anxious energy and buyers remorse at indulging in a dress, that I never really needed

I waited patiently till the children were asleep and the dishes were put away before I tried it on, looking through my children’s grease smeared fingerprints that framed the only full-length mirror in the house. I did the usual head tilt, reprimanded myself for not cleaning the mirror that week, and went to sleep with a strange contradictory feeling of satisfaction and wastefulness.

The dress is itself has caused such a furore because of a ubiquity that is rooted in its broad appeal – it speaks to consumers like me, a Muslim mum of two who would typically look for something loose-fitting to accommodate their modest sensibilities, as well as a twenty-something Zara customer whose considerations differ so wildly. Its enduring appeal lies in the fact that it’s irregular pattern and clumsy cut is quirky enough to make buyers like myself (middle child syndrome, always trying to prove I’m different through shallow symbols such as dress) feel as though they’re walking off the beaten path of mainstream fashion, but is reassuringly popular to those that want to toe its well-trodden line. If we want to believe the media it has come to stand as a shallow totem of togetherness, enabling us all to feel connected to something larger. A shared taste in fashion, no less. It has been held up as a symbol of cultural cohesion at a time where we have scant few.

For this reason is has racked up thousands of words in opinion pieces by flailing media outlets desperate to remain relevant, drawn strong and gratuitous opinions from people that really should have something better to do with their time, and taken up valuable broadcasting time when of course there are more important issues to bring to public attention.

And as this is a Muslim take on that Zara dress – as a community – to the contrary, this dress if anything should be a springboard from which we can reflect on how we can all, always do better.

Every decision that we make as individual consumers, members of a wider society and faith, has implications and is made through a myriad of power structures and political forces. As Muslims, we know that the animate and inanimate will speak for us on the day of judgement. We are accountable and responsible for our impact on the world around us.

As a mum whose purchase was mindless labour of extreme guilt and emotion – it was justified through a strange and twisted sense of virtuousness that we afford ourselves through our mental self-flagellation. It echoes the mainstream self-care, self-love narrative whose incessant and perennial, the tone-deaf answer to the many complex questions that arise from our moral, commercial and social existence is to have a ‘pyjama day’. Expect less from yourself, lower your standards.

Looking back on my decision to click ‘view basket and check out’ I didn’t encourage myself to contemplate the ethical dimensions of a dress that was made through a chain of cheap, disposable fashion most often built on exploitative labour and unethical, sometimes lethal, working conditions. On the production of cheaply manufactured, environmentally degrading and unsustainable fabric whose continued use is polluting our waterways and food chains with micro plastics. It spoke to my ego, that wanted to craft an identity for myself through shallow consumer choices. As a woman I centered my own ‘needs’ over and above those of women who live a million physical and social miles away from my position of privilege and who are on the opposite end of this exploitative process.

What I love about being a Muslim woman is that we have the moral blueprint by which to constantly better ourselves and to push ourselves towards a more contemplative approach to all of our daily interactions. As the appointed khalifas of the earth, we are liable for our own choices, what we are in control of, and how these impact our physical and social environment. And as slaves of our All-Mighty Creator, we know that Allāh is ultimately responsible for the earth. The kind of fatalism that arises from environmental and social consciousness should not overtake us. This balance means we can train ourselves to make responsible and measured decisions without taking on the burden of the earth, al-hamdulillāh

And this is not a moralistic, sanctimonious piece about that Zara dress, rather it is a rallying cry to my fellow sisters, owners of the dress or not, to always encourage ourselves to do better, in shā’ Allāh. And if that’s one thing we can all take away from that Zara dress – that supposedly means so much but is built on so little – then al-hamdulillāh.

Mariya is a 33-year-old mother of two young girls with a background in Policy and Research and Development in the voluntary sector. She has written and illustrated a children’s book which is out later this year.