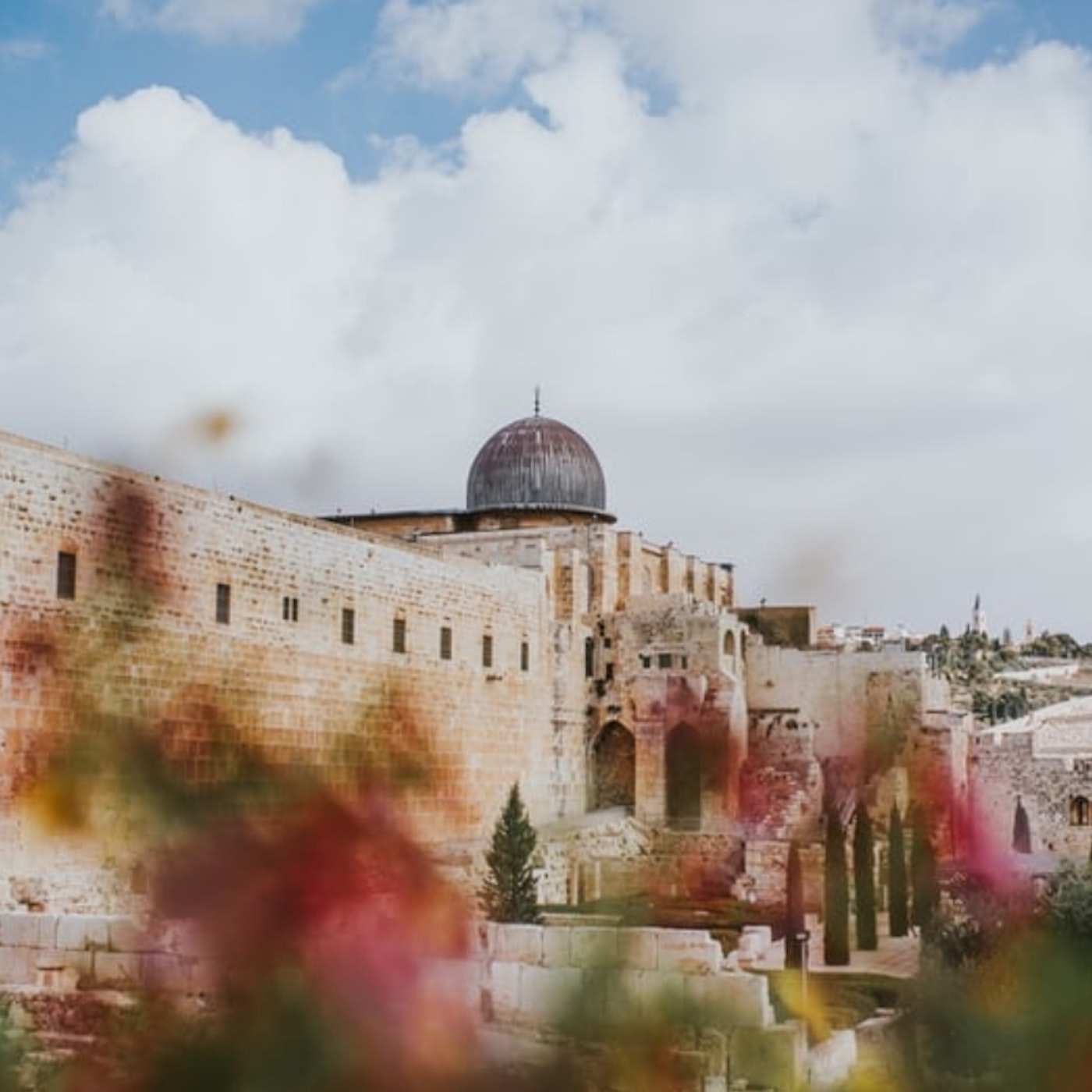 Many of us may not be aware that Masjid al Aqsa is the third holiest site for Muslims after Masjid al-Haram in Makkah and Masjid an-Nabwi in Madinah, so it is sad to witness a disproportionate amount of visitors to Al Aqsa, visitors are relatively low. I visited Palestine for the first time as part of a group and I wanted to share some of the spiritual reflections from the trip where I was reminded by Palestinians that we should promote it’s beauty and to bring visitors to this land, Insha Allah the beauty is shared in these reflections.

When I told people I was using the time off work to visit Palestine, I remember receiving looks of surprise and confusion. I was repeatedly asked why I was going there, as though I had a death wish, with some even jokingly preparing for my non-return back to work. However, the recommendations I had from friends who had previously visited Palestine propelled me to go ahead with it. Having now visited the blessed land, I am grateful I did not let the cynics sway my decision, as their fears were unfounded and the trip was the most enlightening journey I have made.

After using our first day of arrival for rest, the group was gathered in the hotel meeting room for a briefing by the team’s organisers. Our hotel was in a great location, directly facing the Ottoman walls that circle the Old City. You can’t help but feel slightly awestruck and humbled looking out of the lobby windows facing the wall, whose construction was ordered by Sultan Suleiman in the 16th century, supposedly as a line of defense from enemy takeover.

We entered the Old City through one of the many gates and immediately the contrast between the modern roads and cobbled stones could be seen. The Old City inclined paths were lined with houses and shops on either side, with cars, bikes, and pedestrians all perilously sharing the same streets. Although the path towards the mosque was fairly quiet during the hot summer afternoon, you can imagine the chaotic bustle during peak market times.

As soon as I entered the Al Aqsa compound, every step I took felt significant and heavy with importance. We were told that every part of the compound was a place that a prophet had once prayed, cementing for us the sanctity of the land where we stood. To finally see the Dome of the Rock in person felt surreal, after having seen images of it so often in books and news reports, sadly not always associated with positive narratives.

We joined the congregation in the Dome of the Rock mosque for Friday prayers and I was awash with humility as I envisioned the monumental event that took place within the Al Aqsa compound more than a thousand of years ago: the night journey and ascension, made by the Prophet Muhammad (p.b.u.h), to God. There was an indescribable serenity that came over me as I placed my head down in prostration in the place, above which God had commanded this fundamental pillar of Islam. I was enveloped in amazement and love for God and His Prophet (p.b.u.h.) so it was no wonder that tears inevitably streamed time and time again during prayers.

To be in the place where the Prophet Muhammad (p.b.u.h) had led the prayer for all Prophets of the past was mesmerising. And, one of my favorite things to do during the trip was to sit by the trees on the steps facing the entrance of the Qibli mosque, reflecting over my purpose, with overwhelming gratitude that God had invited me to visit this place. There is a commanding force around Al Aqsa that envelopes your heart with tranquillity and peace – as though you can simultaneously feel both the power and mercy of God.

The distance between the hotel and the Al Aqsa compound was fairly short, which made it easy to attend all congregational prayers whilst we were in the city. Even for prayers in the middle of the night, Qiyam-ul-Layl and Fajr, the journey was anticipated and enjoyable. The night air always holds a unique calmness and this felt magnified whilst in Al Aqsa, automatically cloaking us in comfort during the nightly journey.

The days were punctuated by illuminating talks by Dr Mustafa Abu Sway, a professor of philosophy and Islamic studies at Al-Quds University and by the Imam of Masjid al Aqsa, Shaykh Yusuf Abu Sneina. The talks were relatable reminders of our spiritual state, discussing stories of the prophets and their companions. They took the time to answer our questions and radiated wisdom, humour and goodness and during the time we spent with them my spiritual state had considerably elevated.

Traveling with a group was a wise decision, especially considering the destination has a reputation of providing poor treatment to Muslims, and as they say ‘there is safety in numbers’. Fortunately, as a result of this, I met some wonderful people, and though there may have been vast differences in age, occupation and spiritual state, finding common ground was easy, our beliefs about the place we were in, united us. At the end of the trip, many of us departed sharing the same sentiment: the yearning to return to Al Aqsa soon.

I believe it is our individual responsibility to keep this place alive and not to let ignorant fears stop us from visiting. Masjid al Aqsa had refilled the glass of spirituality that for many of us day-to-day life had caused to drain, however, we have placed revolving doors between ourselves and this blessed land, with the firm intention to visit often and to bring everyone we know along with us.

Shaheen Munshi is a full-time working Muslim woman, who works as a pharmacist in a busy London hospital. She is also training to become a web developer in her spare time. Writing is a passion of hers and she is currently working on her first book.

The Myth of Beauty Standards: From Thigh Gaps to Thicc Thighs