Al-Aqsa and Its Signs: My Reflections and Remembrance 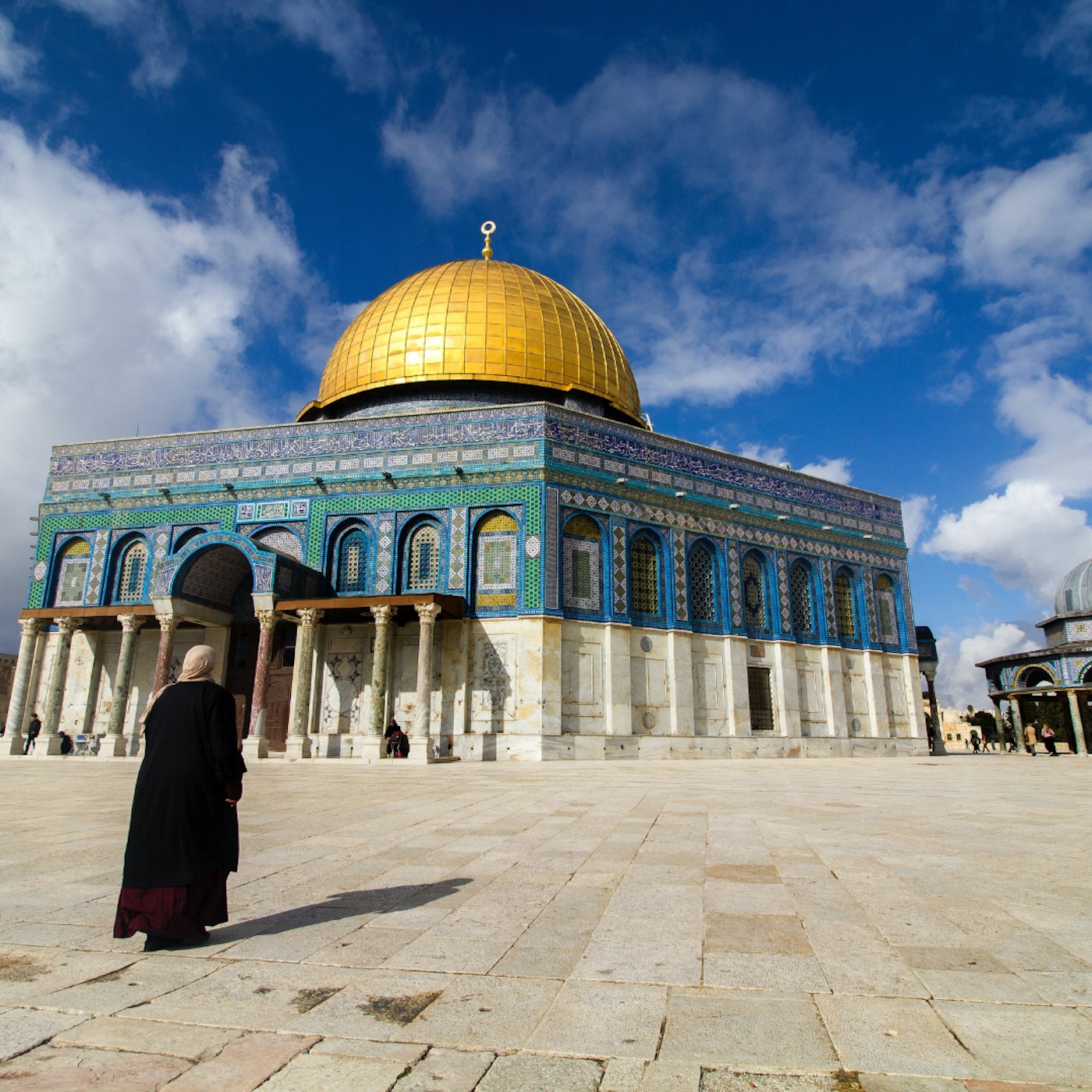 Planning this trip to Palestine had been an ongoing process since I had begun whilst studying the conflict. Little did I know that the trip would be an interior spiritual opening and a philosophical awakening, paired with the political background. The trip gave me a chance to look inwards and come to terms with aspects of our human nature that are microcosms of the world. The honour of being able to visit Al-Aqsa meant that I was forced to reflect on the lessons this blessed city was trying to enlighten me on. In an attempt to reflect, I began putting pen to paper, and as fleeting as those days were, lasting were the memories and feelings imprinted into my soul.

I felt as though everything was in place, as though every step that led me here had been purposefully orchestrated for me. Never had Allah’s orders and the army of angels following his instructions felt so close, I could literally see the plan unravel. As the threads of my personal development; my relationship with God, understanding my emotions, balancing my spirituality versus the dunya revealed themselves subtly. I also, at the same time understood that I was nothing, less than an ant, that the situation wasn’t reserved personally for me. That this experience should be felt by every person. Every Muslim was entitled to feel this love, protection and guidance from God. As personal as the experience felt, it was meant to be universal. A Paradox.

Visiting Al-Quds allowed me to grapple with the privilege we Western Muslims possess and whilst it may seem to be a great thing; It comes with immense responsibility. It is an aspect of the Morale code that is often forgotten. Great wealth means more charity, more knowledge means a duty to educate, experiencing events indicates you must learn and embody the lesson. Hence, the privilege of such worldly desires becomes a burden that can lead you to your deserved destiny. The responsibility was both beautiful and detrimental. Another Paradox.

The sad fact, that paradoxically was also the most beautiful, was the emptiness of The Al-Aqsa complex. It’s emptiness allowed for the serenity to settle in my soul. An experience unlike Mecca and Medina; the holy places which are always bustling with pilgrims.

Whether I sat inside Masjid-Al-Qibly or the Dome of the Rock or outside on a wall under trees, the tranquility could be felt to my core. Time felt frozen, coldness of the winter months touched our skin but didn’t seep through, dusk, dawn, sunset and night fell and whilst the sky’s beautiful colours shapeshifted, the vision stayed unchanged, as though this blessed rock aimed to protect you from exterior change and chaos.

Yet again, the most beautiful aspect highlights the depressing fact that not enough Muslims are visiting the Holy Land. Despite, it being the Second House of Allah on Earth, being built 40 years apart from Ka’bah (Bukhari), we are distracted by the political state amongst other misgivings and find reasons to not even consider Palestine as a place to visit. It seems unreachable and risky. When we spoke to Palestinians one sentiment was made clear, we as an Ummah are losing our grip on Al-Aqsa. The Palestinians felt over-burdened by the responsibility of protecting and revering Al-Aqsa. Their gratitude for us being there highlighted painstakingly how rare and lacking it was for them to see foreign Muslims.  Its silence and emptiness was both a blessing and a curse. Need I say again, a Paradox.

The Prophet Musa (as) never made it to the blessed Land whilst alive. Musa (as) was so desperate to be close to al Ardh Al-Moqaddisa (the Blessed Land) he asked to be buried “a distance of a stone’s throw away from it.”

This tragically also parallels the experience of current Palestinians living in Palestine finding themselves less than 30Km away from Jerusalem and still unable to enter due to restrictions and their identity papers.

Musa (as) found himself leading a group of ‘chosen’ people, disobedient, ungrateful, unfaithful, and unbelieving despite all the miracles that had been shown before their eyes. In a sense, emotions we fight in the Dunya on a daily basis. They need not be on as grand a scale as the Bani Israel, yet analysing the cyclical lessons that the characteristics of the Bani-Israel stories are supposed to teach us on human nature and its pitfalls can allow us to see the timelessness of these historically and spiritually real fables.

Musa (as) was given the chance to see and pray in Al-Quds behind Muhammed (PBUH) after his death, hence proving that all efforts are rewarded by the Most Just. The right intentions and efforts can create an avalanche of blessings for yourself and for those around you. These attempts to locate the weaknesses and focus on the good you are capable of as an individual can have a cumulative effect on more than yourself. These attempts to righteousness attract others around you, causing a rippling effect across your communities and gradually the Ummah.

We are microcosms of what occurs on a grand scale through time and space.  Here, it is our necessary duty to examine our personal inadequacies and how it projects into the outside world where big decisions are made.  There is no need for me to delve into the political situation of the Middle-East, but the lack of unity and stability of its current state is important to examine as more than a political and post-colonial phenomenon but one that persists because of people’s hearts.

As a history student, it was impossible to ignore that Al-Aqsa is a symbol of the unity and stability of the Ummah.  Al-Aqsa has been lost to the Ummah in the past. The interesting correlation between this fact and the stability of Al-Sham (The Levant) is evident when we begin to trace the main incidents. It becomes clear that when Al- Aqsa is not under Muslim hands, the situation looks dire for the Ummah. The Muslims lost Masjid Al-Aqsa to the Crusaders in 1099AD. The duration of those 88 years of Crusader rule is a sombre time in the history of the Middle-East; with the death rate, pillaging and massacre experienced. Now, it seems that though not clearly or completely out of Muslim control, Al-Aqsa and the Muslim world are experiencing history on repeat.

Al-Aqsa is a sign and so much more, not only do the lessons and morals surrounding it have infinite value and connection to us, wherever we are. It’s signs connect us through historical time, global spaces, and people’s hearts, faiths, and wishes.

“Exalted is He who took His Servant by night from al-Masjid al-Haram to al-Masjid al- Aqsa, whose surroundings We have blessed, to show him of Our signs. Indeed, He is the Hearing, the Seeing.”- Surah Israa, Ayah 1

Assia is a graduate of Arabic and History at Soas and a freelance content writer for HalalTrip and Halalbooking. She is trying to broaden her writing reach and always looking for the next project. Her deepest interests span travel, cultures, writing, cooking, and spirituality. You can follow and connect with her through @assiahamdi on IG