by Amaliah Anonymous in Identity on 24th February, 2020 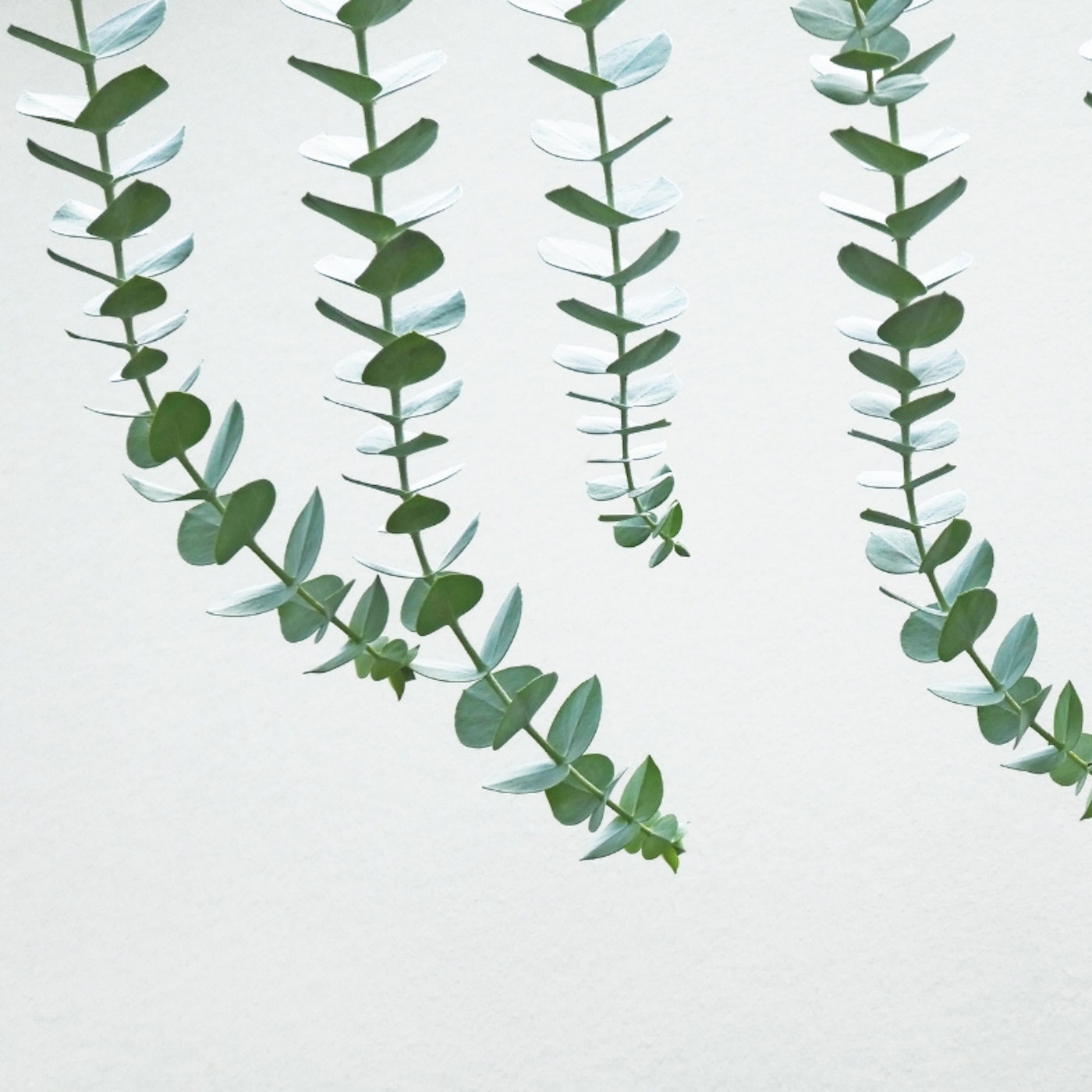 Being a Muslim woman in Britain in the 21st Century is far from straightforward.

We’re adamantly instructed to stay away from the evil glare of men throughout our teen years right through to the day we graduate – when our parents suddenly plead with us to get married before it’s too late. Our bosses make us their poster girl for diversity without ever inviting our opinion on how to follow this up to make a company more diverse. Feminists desperately want us to be empowered and make our own decisions, falling short of making the decision to cover our bodies  – clearly the wrong kind of empowerment. Muslim men openly seek a woman who ‘has the right balance of western and eastern values’ as if the achieving this should be as simple as finding a recipe on BBC Good Food – and as though it isn’t completely subjective.

We’re supposed to be modern, pursue education and a fulfilling career, have interesting hobbies, be (just the right amount of) religious, be fun and have a voice – but know when to shut that voice down for the sake of someone else’s inflated, sensitive, ego.

Amidst these increasing levels of absurdity, I’ve found my solace more often than not in the form of my girlfriends. Alone, a string of woeful dates pose a concerning threat to my self-esteem and the ability to retain a worldview that isn’t obliterated by cynicism. But at a catch up with my girlfriends, the same experience miraculously transcends into unparalleled hilarity. Perhaps even more delicious than the judiciously large slab of red velvet cake I ordered for myself, is the fact that these catch-ups come without the burdensome need for explanations. It’s because our bizarre experiences are shared that the business of sympathising, listening, calling out each other’s lapses and counselling, can be attended to all the more expeditiously – with every other word coated in honey because friends are sweet like that. I’ll forever be grateful for these circles of solidarity and the spaces we carved out for our collective sanity, preventing each of us from melting into a vision of Edvard Munch’s, Scream.

But what happens when, inevitably, our experiences stop being collective – and our lives are no longer in sync?

As I move – much too quickly – through my late 20s I am increasingly conscious of how challenging it is to navigate the very friendships that have been the cornerstones of my teetering sanity. I find myself facing unexpected pangs of jealousy – not of glamorous social media influencers or celebrities – but at the happy news of my cherished friends reaching another life milestone: marrying her childhood sweetheart, marrying anyone for that matter, scoring another promotion, not being in a deep state of dissatisfaction with her job, getting pregnant, launching a successful side business, or starting her MBA (at an Ivy league school, probably).

It’s a dark place to find yourself when you’re caught between wanting to want to celebrate the special occasion of your friend and wanting them to…  maybe not have the cause for celebration, or at least just not yet.

Envy and jealousy are almost universally acknowledged as being some of the ugliest of human emotions – but when they arise as a result of those closest to us – they create an even greater degree of shame in us. It’s difficult to admit to, let alone work through. It’s one thing to resent influencers or celebrities or even friends of friends (so easy to stalk through social media) – they occupy a somewhat removed, distant reflection of our insecurities. But when the cause of these unseemly emotions is someone we care about: the conflict is acute and more bitter than pure cocoa  – because the reflection is no longer distant. Instead it’s WAY too close. And the result ain’t pretty; it’s like looking into a magnifying mirror,  lit by a hundred fluorescent lights that reveal each and every blackhead on your face.

Solemn secrets were shared with each other, embarrassing stories drowned in laughter, dreams formed upon each other’s optimism, strategies devised and implemented together, emboldened by solidarity. When the said dream is realised for only party though, an unspoken agreement (based on the assumption that life would always move in sync) is broken – and no matter what, there’s a vague sense of betrayal that’s hard to shake off. Certain visions become hard to keep at bay, like the one of me with that red velvet slab all to myself after work now – and not in a millenial expression of self love – but because I’m the last one there while the staff passively aggressively clear tables closer and closer to me, until they’re practically brushing me out of the shop.

It goes both ways too. Those perceived as ‘ahead’ by societal norms often feel the fissure to a friendship too. They carry the burden of guilt at having moved on first and find themselves suddenly tip toeing around an unexpected myriad of eggshells.

As their priorities change they find themselves having to renegotiate how they split their time and who they spend it with. This change comes with growing pains of its own. At the same time they cannot help but be privately relieved that it worked out this way round. Not out of spite so much but, like all of us clamouring to reach the security of societal approval, it’s just such a relief to be brought into the safe fold of a tribe. Of course there are also those unhappy circumstances when a friend is so far wrapped up inside their own cocoon that they are simply oblivious of your feelings entirely. This is harder ground to navigate – because a pretty blunt and uncomfortable conversation is almost always going to be necessary for this relationship to have a chance at surviving.

There’s no doubt that when friends’ lives start to diverge it hurts both people: but inevitably, like all relationships, it hurts one person just that bit more and if you’re the one feeling left behind then of course it’s in your own interest to combat your insecurities and focus on yourself. But a one-sided approach isn’t a fix. At some stage in our lives (if not every stage stage arguably) we all possess something that someone else desires; whether it be wealth, status, family, health or otherwise. And whether we want to be or not the advent of social media has proven that we are all ‘influencers’ with only the sphere of our influence varying. It’s because of this that we all also have a responsibility to be more aware of our ‘influence’ or impact on those around us. In other words: there is an etiquette to sharing good news – and it’s time we started sharing this wisdom too.

So when a friendship hits an irreversible fork in its path, how can each half cope with the consequences? It depends on which side of the fence you fall on. Here are my tips for whichever it happens to be.

If you’re the one feeling left behind:

And if you’re the one flying through the milestones:

My one caveat with all of the above tips, which I admit are easier written than done, is that I do not believe a friendship shouldn’t change.

As a fact of life, they must and should, as we  are always changing too. And it’s worth remembering that not every friendship is one worth holding on to. When a friendship starts to feel more toxic than anything else it’s usually a good sign that it’s time to close that chapter. But there are times when it’s worth fighting for a relationship that is being tested.

Ultimately, what makes watching a close friend’s life diverge from our own so painful is the deepest desire to wish them heartfelt duas even as their life takes them away from us, rather than to be the cause of anguish or bitterness. From an Islamic perspective it’s in our interest to do this too. The concept of Nazar, or the evil eye – that is to say the idea that we can contract back luck from another person’s glare, praises or compliments regardless of their intention – is helpful to illustrate the importance of thinking twice when we share our successes. In the age of obsessive oversharing it has never been more important for us to dig deeper into the concept of modesty – beyond hijabs or crop trousers –  and retrieve a blueprint for modest behaviour in our real and digital lives for ourselves and our wider society.

Halal Dating and Heartbreak: Using Others to Fill Voids