Umrah Reflections: Allah Already Knew What I Had Come For 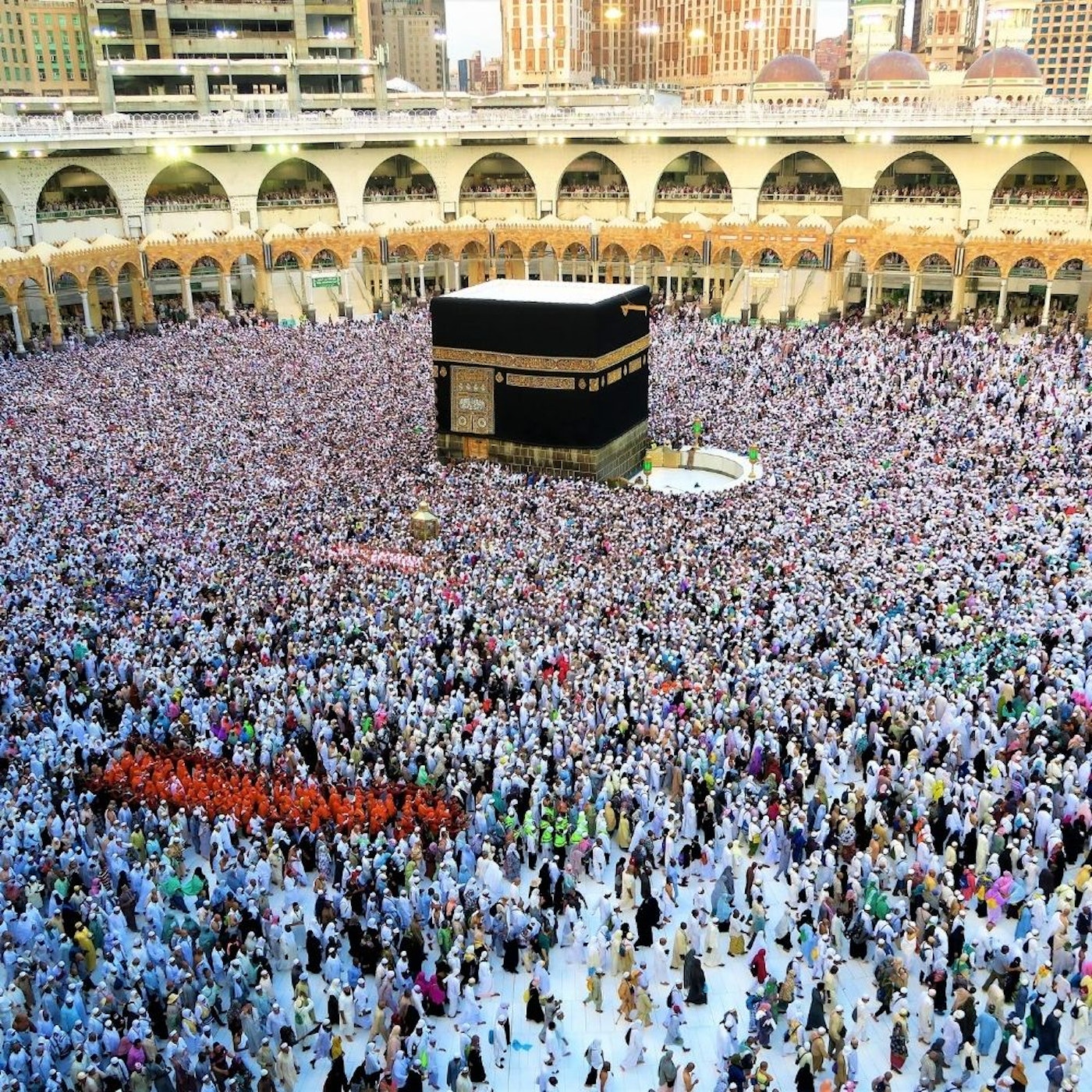 I wanted to keep a day to day diary, noting down my umrah reflections / feelings / thoughts. As soon as my parents and I landed, I very quickly realised that there is no beginning or end to a ‘day’, especially as what we came to perform began at ‘night’ or in the early hours of our ‘morning’. The way in which my regular routine life consisting of things you’d think were for survival, like that of sleeping, eating, relieving oneself – was stripped away within a blink of an eye. Umrah was all about making Allah the central focus of your life, and calling onto Him was crucial sustenance needed for survival.

When our mind obeys Allah, our bodies too naturally obeyed without us even realising.

Another beauty I noticed once landing on this blessed land, was how the roads had brown sign boards with varying utterances to glorify God. I read “Allahu Akbar”, “Ma shaa Allah”, “Alhamdulillah”, “Bi’idni’Allah” on these boards I thought served the conventional purpose of telling you which exit to take. How fascinating?! In the literal sense, the roads were taking me from A to B, but the signs served as a reminder of God throughout the journey and the journey I was on was one to Him.

As I was getting ready to see the House of Allah for the first time, I kept telling myself this is what I have been praying towards my whole life.

Arms linked with my parents on each side, I kept my head down until I could get as close as possible to see Allah’s glory. I looked up and I swear – it took my breath away, literally. Before I realised, I was gasping for air all the while thinking, “am I going to cry” (I didn’t) but I felt this immediate connection with my Lord. The connection I have been begging for, for days on end before I set myself upon this journey. I was told, the first dua’a you make will be accepted. I did think I would just ask Allah to accept all my dua’as, forgive my past and future sins like some kind of loophole. But the first dua’a was one for my parents, and it passed my lips as if God Himself pulled it out for me.

I then made a few personal dua’as I didn’t think I’d ask as my first, but I accepted that Allah already knew what I had come for. 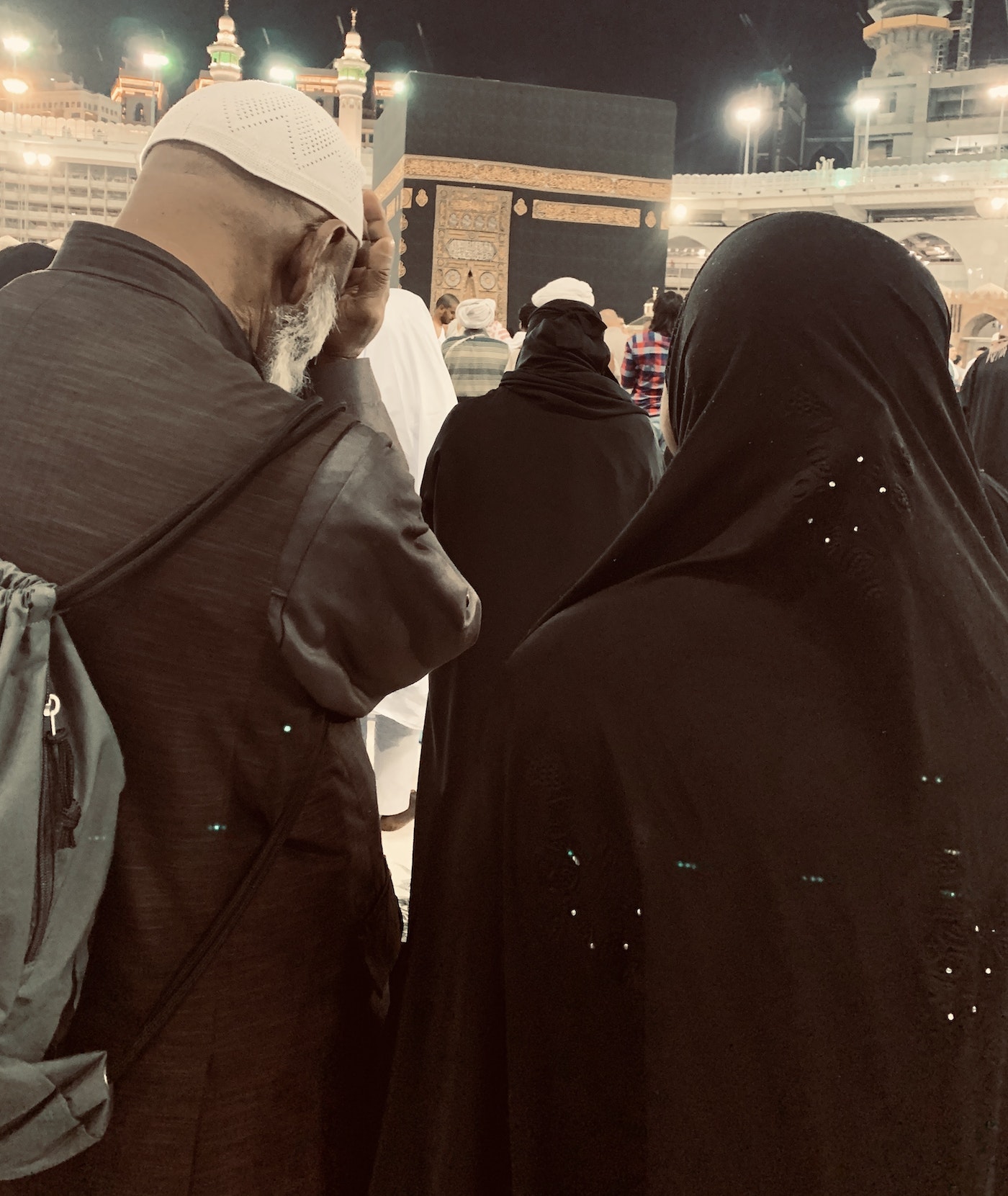 We began our tawaf. My dad held my right hand and my mum on my left. They had their other arms out in the shape of a protective circle around me as we paced and recited all the things we needed from Allah. It hit me, when being at the foot of God’s mercy, there is a difference between wanting things and needing things. I thought I wanted success in my career, a stable home, and happiness (although I couldn’t tell you what this request looked like). Whilst circling the ka’baa, I actually needed God’s mercy. I needed Him to not leave me to myself even for the blink of an eye.

I needed to not leave His House empty handed – because I know that if I take one step towards Allah, He will take 10 towards me. I was running to Him.

It was hard enough accepting that I, out of all His slaves, He favoured me to complete umrah. And that, with my beloved parents. I don’t think I’ve held both their hands for this long in my entire life. Feeling their age in my palms and watching them physically protect me for all seven tawaf rounds, as if I was a little girl – I began to cry. There would come a day, I won’t be able to hold their hands again. I cried tears of deep sadness and sincere gratefulness for this opportunity to be here with my parents. I thought about my desperation to complete at-least my umrah with my husband as soon as I could afford to do so, yet I was not invited. I couldn’t understand why and kept telling myself how I could go tomorrow with what I was fortunate enough to be earning. But it just never happened.

Only until my mother helped me touch the House of Allah whilst my father covered us like a protective blanket, I understood immediately what Allah gifted me, which I had thought He was denying me. He was giving me better. So. Much. Better. Alhamdulillah!

On another night following tawaf, my mum and I were blessed with the opportunity to pray within the vicinity of the ka’baa. We were at the centre of the world, praying towards the House that all the Muslims in the world were praying towards. I was in the 50th row of a prayer that the entire world was praying. I can’t find the words to describe the audible magnitude of hearing, what felt like the entire world reciting “Ameen” followed by complete …. silence. It was absolutely breath-taking. The reverberations of this declaration created for me, this sense of belonging and deep love for the people I was standing in prayer with.

Walking in and around the Haram and Masjid-al Nabawi felt like a different world altogether. Everyone was unified, here in the service of God. Not a single hair out of place nor the sight of miniskirts. All walks of life in varying shades of skin tone cloaked in beautiful modesty. This again ushered that sense of belonging I so badly did not want to leave. It’s strange arriving at a place for the first time in life, and on the first day already feeling emotional about leaving. The trip felt like it wasn’t long enough and probably never will feel long enough. The depressing thought of knowing there will be a final day on which I would be returning back to the UK consumed me. Unless of course, if I died on this blessed journey in this holy place. I thought often about how Allah will ask us

“How long did you remain on earth? They will say, ‘We stayed a day or part of a day…’” [Quran chapter 23, verse 112]. It was and will all be short term. Temporary. A life worth a simple day. 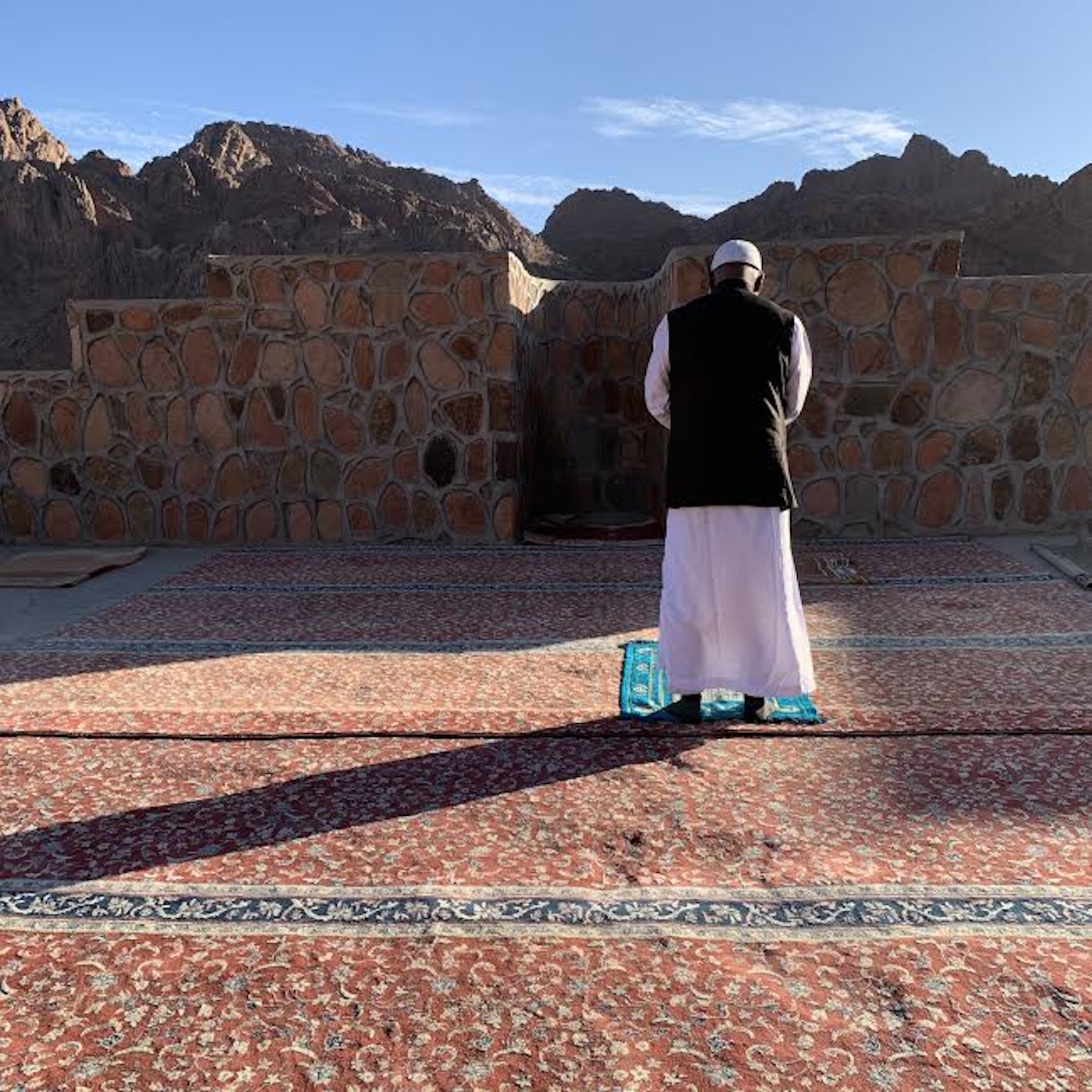 Seeking closeness to God and striving for His pleasure during my umrah trip was the goal. Being ready before the adhan, praying all units of prayer (and more), and sincerely perfecting concentration was the bottom line. What accompanied this desperate want to purify my faith was the evident reality of death. At the end of every single prayer, we stood instantaneously and ready for a janazah prayer. They died today and we were all praying for their souls. One afternoon in beautiful Medinah, at the end of Asr salah, everyone stood up ready for the janazah prayer. The Imam didn’t call it. Nobody died. Everyone looked around at each other confused – that’s how accustomed we had become of death. Later that evening following Magrib salah, the janazah prayer was called for. Within those four or so hours, someone/some people had returned to their Lord, subhan’Allah. It hit me that the next janazah prayer could be for my parents or for myself or both. Reminding me again and again, that life is simply a day or part of a day.

A British Bangladeshi Muslim woman, born and bred in east London. Faiza is a lawyer, working full-time for victims of Islamophobic hate crime and discrimination. She is passionate about travelling, biscuits and poetry.

Time: Treat Time Well so It Can Treat You Well Too