An Exploration of Coming of Age in a Hijab: Hijab Is a Worthwhile Struggle 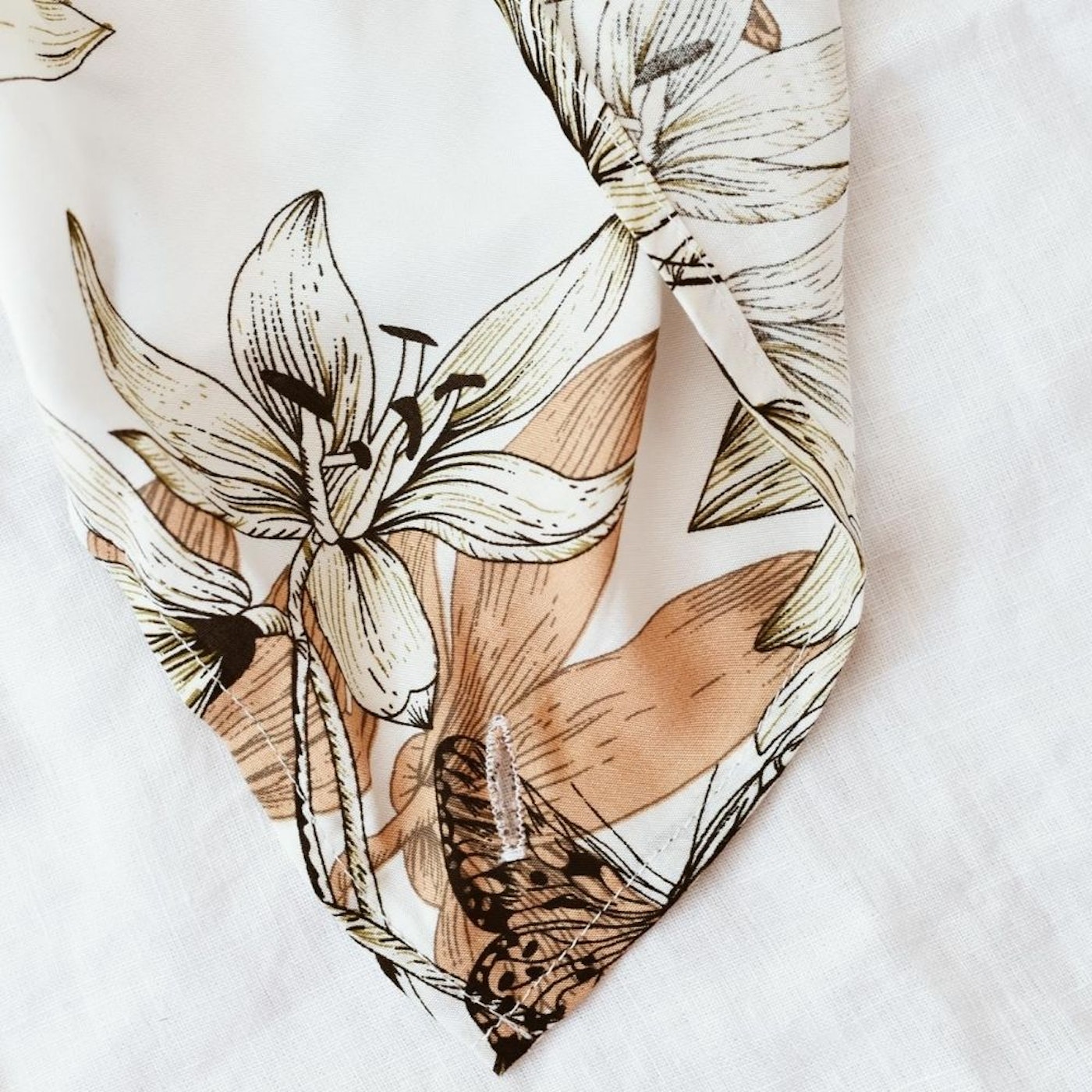 When I was getting used to wearing a Hijab my brother gave me a book called ‘Does my head look big in this?’ by Australian Author Rana Abdel Fattah, to help me get comfortable with being a Hijabi experiencing puberty. I enjoyed this book and, like the show Skam, a Norweigan show involving a Muslim woman as the main character; appreciated how they both address this coming of age experience authentic to many Muslims. Both the book and show showed the characters developing crushes as teenagers but centering their lives around their religious beliefs. They also included parents who were loving and supportive and framed their practice of faith as a choice they were making. There were several refreshing narratives portrayed in both art forms that cast aside tropes such as removing the hijab for a forbidden boyfriend or parents being extremely cruel to their daughters. Of course, those events do happen; but I want to express my joy for the book, in 2005, taking a different direction in the portrayal of the Muslim experience.

The book made a good yet subconscious impression on my relationship with the Hijab allowing me to understand the different reasons people have for wearing the Hijab and the fact that it is not merely clothing but a commitment.

The book explores Amal, the protagonist’s decision to wear the hijab, as an act of courage and responsibility. This introduced me to the values accompanying the Hijab: that it is courageous to commit to wearing something that publicly expresses your commitment to God. And there are responsibilities involved in wearing the Hijab: to live out the values of the faith you represent, for example, being charitable, being kind, being modest in speech. Due to this, I, from an early stage saw past the cloth and found the beauty in wearing it. And freedom such as never needing to consistently commit to a hair routine or being able to get ready very quickly when going out.

But I understand that Muslim women don’t always have as charitable an experience I had coming of age wearing a Hijab. It is also not to say that I haven’t found challenges or faltered in living out these values.

For some, wearing the hijab is performing a duty to their parents which I am not making a judgment claim about but highlighting. This may result in a struggle to see past the cloth into the invisible beauties of the hijab that I described. As a result, some may feel more comfortable in being, as the book describes, a part-timer meaning that you wear the Hijab in the company of your parents or family friends but perhaps at school, you may not wear it. Although, some may feel called to condemn this dishonesty or challenge the attitude outright. I think it provides us an opportunity to reflect on Islam more widely. The history of Islam is one about struggle: the most Inspirational person in our Religion has a life story characterised by struggle and the triumph over it with the help of Allah. Although, some may feel wearing the Hijab pales in comparison to the struggles that the Prophet (SAW) faced or the Sahabah; it is important to not dismiss the challenges people face. And recognise that ‘Iman (faith)’ fluctuates. The Quran has remedies for times where iman is low and I find a lot of comfort in the dua ‘Hasbun Allahu wa Ni’mal Wakeel’ when struggling with anxiety related to this. This means Allah (Alone) is sufficient for us, and He is the Best Disposer of affairs (for us), from Surah Al Imran (3:173). It reminds me to relax and when praying place all my worries and concerns with Allah because He will guide me, help me, and support me. One way to support people struggling is to teach people these Duas which they can say during times of great challenge. Islam also has a tradition that highly values education and the transmission of knowledge: let’s empower people with such knowledge.

It is also important to consider coming of age in a holistic way that it also involves an interrogation of one’s beliefs and a range of influences.

This can concern some parents for example, my family were concerned whether engaging with philosophy at 16 would negatively impact my faith. I can say it did a fantastic job of reinforcing why I accept Islam as my life and purpose. But to return to the hijab, a person who has worn it from a very young age because their parents put it on them may start to interrogate why they wear it. They may want to experience life without it which is a struggle that comes with this responsibility: there is a temptation to divert from this path. I started wearing the Hijab in year 6 aged 10 roughly and the first year I wore it on summer days I found it too hot around my neck and removed part of it which exposed my hair. My teacher spoke to my mum about this saying that I should “wear it properly or not at all”. This teacher was not Muslim and on one hand I appreciate the interest she took in my wellbeing, but I internalised this binary distinction for a long time. I am not saying that there is an appropriate middle way between the two but explaining that I thought the only alternative to not totally loving the hijab was to not wear it. It also concretised the idea to me that the hijab was something you had to do like homework, and that not wearing it correctly was met with punishment. It didn’t teach me to love what it represents, it didn’t foster the notion that there was joy to be had in wearing it. It fostered a fear that I am a bad person whenever I find wearing the Hijab difficult.

But funnily enough doing a Gender and Philosophy module at university I rediscovered a deep love for the Hijab when writing an essay on whether there are tensions between feminism and multiculturalism. One of the sites for this debate is on the veil and during my research, I explored the different reasons women put forward for wearing a veil. One of the most interesting reasons I encountered was that some women saw it as liberating and revolutionary because they were not subjecting themselves to beauty standards. Other reasons were that it symbolised pride in their heritage.

These voices were not heard in the mainstream discourse on the hijab or Burka that I witnessed growing up. Rather an absolutist stance was taken that it oppresses women as though that was a salient fact.

The irony of discussing oppression but denying Muslim women the agency to decide in the Western world that they want to wear the hijab, as a personal choice, was not lost on me. It is not a new irony however, as the Colonial rule in Egypt saw similar contradictions. ‘Lord Cromer, for example, accused Egyptians of degrading women through veiling and seclusion, while simultaneously doing his best to put an end to the existing Egyptian practice of training women to be doctors’ (Ahmed 1992, Women and Gender in Islam: 92).  This characterised a later stage in me coming of age as a hijabi wherein I reassert my pride in the Hijab and what it can mean for individual women.

Again, I appreciate that people have very different experiences coming of age as a hijabi and that there are various struggles that accompany being visible members of the Muslim community. One very serious struggle is that being visibly Muslim can expose us to Islamophobic violence such as having the hijab removed publicly. One fearsome Muslim women have is of being close to railway tracks because a couple of years ago there were a series of attacks involving Muslim women being pushed onto train tracks. And some may retort with how the Sahabah faced greater violence for practicing Islam. But there was no comparison being made to begin with. Rather people are rightly discussing the gendered nature of Islamophobic violence that can make simple acts such as travelling in a Hijab terrifying. And solutions can never be found in downplaying these experiences. The solutions are not simple and involve mechanisms of providing care in our community. Mosques in London have anonymous knife drop off points to address serious youth violence without judgment. Mosques in Toronto are providing support for those affected by substance abuse. We have the capacity to live the virtues of the hijab, exemplified by these actions. But as all great coming of age stories show, there will be ups and downs on the journey to learning this.

I am an RE teacher from London who is interested in History, literature, and theology. In my spare time, I enjoy Netflix, picnicking and inconsistent gym activities.