by Aisha Yusuff in Identity on 22nd September, 2020 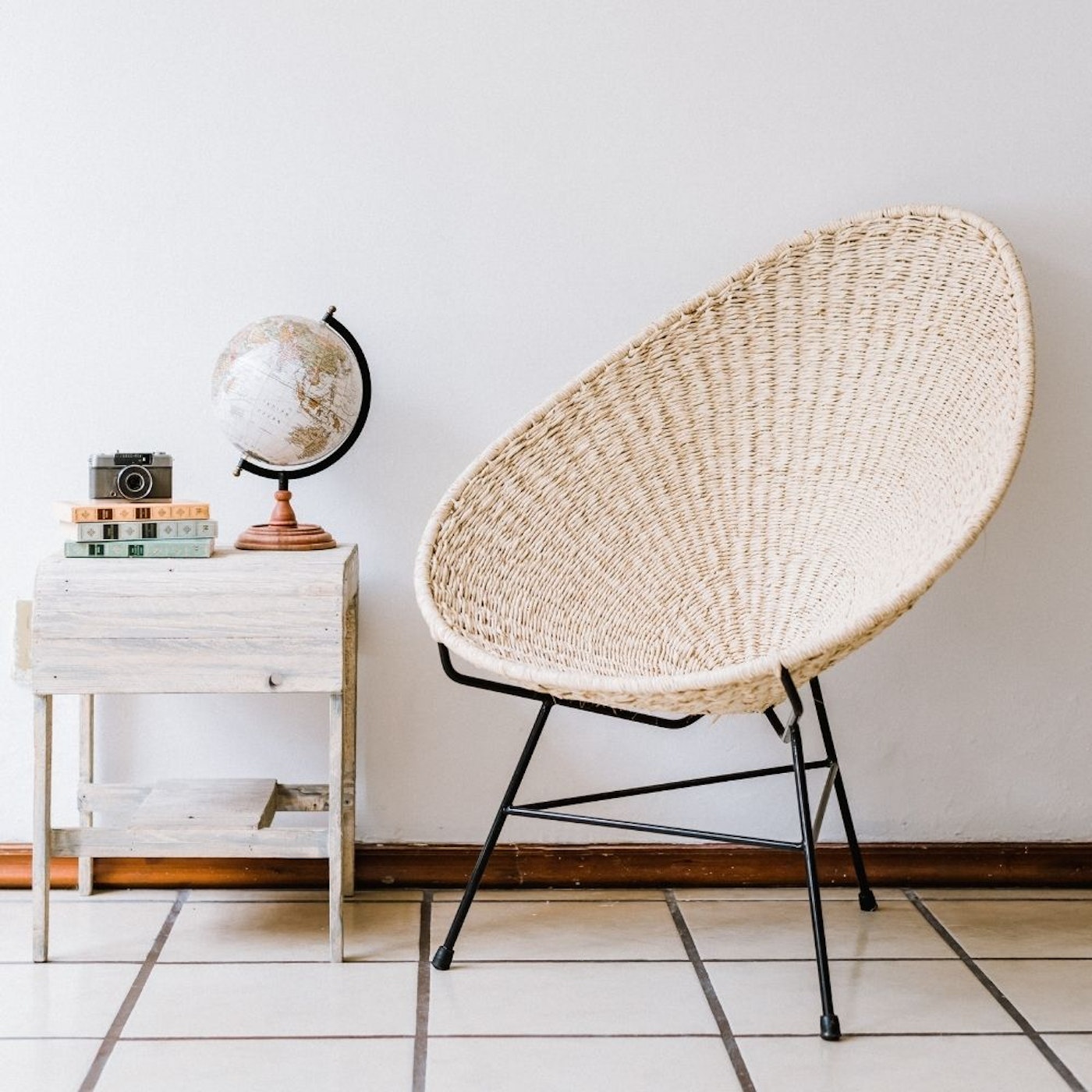 Following the rise of #BlackLivesMatter protests around the world, many non-Black POC with dark skins are questioning the validity of these protests in their communities where colorism and anti-Black racism are rife. One such community is the Arab community. Contrary to what is widely seen in popular media, Arab communities have thriving groups of people that are of African descent and they are commonly referred to as Afro-Arabs, in academic discourses. The lack of representation of these groups in popular media, books, and even political discourses, hints at the culture of silence and complacency where anti-Black racism within these communities is concerned.

How They Came To Be

In Iraq, the Black Iraqis today are estimated to be over two million with the majority residing in the southern city of Basra. Many Afro-Iraqis identify as Shia Muslims but their religious practices have been significantly influenced by their African heritage. Although they have assimilated into the Iraqi society over many generations, this community never developed any salient educational standing, with most children dropping out of school early due to poverty. Many make a living through local entertainment, manual labour like washing of cars. With no representation in high-level government positions, many Afro-Iraqis live in debilitating conditions with little or no access to basic amenities like clean water, good housing, and proper sewage system.

In 2007, many Afro-Iraqis nursed the hope that their fates will change when Jalal Thiyab and other Afro-Iraqis founded ‘The Free Iraqi Movement”. However, this hope was soon squashed in 2013 when Thiyab was found dead in central Basra and no official investigation was done to bring his killer to justice. Perhaps, this institutional oversight might not hurt as much if Afro-Iraqis don’t have to deal with additional racism in their societies. Many complain of being called derogatory terms like “Abu Samra” “abeed” and deprived of good-paying jobs that can help alleviate their generational poverty.

In Palestine, many Afro-Palestinians are descendants of African Muslim pilgrims from Mali, Chad, Nigeria, Senegal, and Sudan, who stayed back in Jerusalem after visiting the Al-Aqsa mosque. Others are also descendants of volunteers who fought alongside Arabs in the Arab-Israeli war of 1948. The African pilgrims who stayed back in Jerusalem stayed in the quarters a little farther from Bab al-Majlis Street, an area which is today called the “African Quarter”. The African Quarter is home to some 350+ Afro-Palestinians and because this neighborhood is close to the Al-Aqsa mosque, the Israeli occupation has a devastating effect on this community. They have to battle anti-Blackness and anti-Palestinian sentiments from the Israeli officials at the two police checkpoints in their neighborhood. Because of these systemic injustices, Afro-Palestinians, like many other Palestinians live in extreme poverty, with many living in 900-year old structures that were erected during the Ottoman era and earning their livelihood through meager means.

However, Afro-Palestinians have always been at the forefront of the Palestinian struggle for freedom. The first female Palestinian political prisoner was Fatima Bernawi, an Afro-Palestinian of Nigerian descent. She had planted a bomb in a cinema in Jerusalem in protest of a film that celebrated the 1967 Israeli-Palestinian war. Another prominent member of this community is Ali Jiddeh, a long-standing leader in the Afro-Palestinian community and a former member of the radical Popular Front for the Liberation of Palestine. He was also arrested at age 16 for planting a bomb that killed nine Israelis in 1968 but he was later released in a prisoner swap.

Despite deep roots in their country, they are still confronted with racial slurs like “habs al-abeed” and “abeed” from Palestinians but many say that due to the Afro-Palestinian contribution to the national struggle, they are now well regarded and respected in the wider Palestinian community. Yet whether or not they experience anti-Blackness from their people, many Afro-Palestinians are proud of their roots and stand firmly in their resistance to the Israeli occupation.

Indigenous Tunisian girl at a festival. We are sick and tired of people denying our existence and presence.

Like other parts of the MENA region, many believe that Black Tunisians came to be as a result of the Arab Slave Trade but that couldn’t be farther from the truth. Before the slave trade, Black people have lived along with indigenous Amazigh people for millennia in the area that is now called Tunisia. Despite these deep roots, Black Tunisians face enervating systemic and social discrimination. In 2016, a disturbing segregation practice in a village called El Gosba was unearthed, where Black Tunisian kids use a separate school bus due to the fear of mixing and intermarriage between them and their ‘White’ counterparts.

In 2011, the Tunisian revolution witnessed many Tunisians, Black, and White, taking to the streets to protest the harshness of the Ben Ali regime. After the successful ousting of Ben Ali, many ‘white’ Tunisians benefited from the changes brought about by the revolution but their Black counterparts, although accounting for more than 15% of the total population, remained excluded from basic political and social discourses. Emboldened by the revolution, many Black Tunisian activists began organizing social movements aimed at amplifying the voices of Black Tunisians and seeking an end to social and institutional anti-Blackness in their country. One such organization is the M’nemty which was founded in February 2013 and another is Aswat Nissa, a group that caters specifically to issues affecting Black Tunisian women.

These activists believe that one of the first steps to combating anti-Blackness in Tunisian societies is for the authorities to ensure the inclusion of strong historical Black figures in mainstream Tunisian history.

One such activist, Maha Abdel Hamid, published a short biography of a notable Black Tunisian leader, Slim Merzoug. Merzoug was from Gabes, where he later gave some of his public speeches denouncing anti-Black racism and encouraging his people to take a stand. Fearing international attention for this uprising, Habib Bourguiba, the Tunisian prime minister at the time, imprisoned Merzoug in a psychiatric asylum. He was later released after more than 35 years and died in 2001. The absence of representation in political spaces also contributes to the continuous discrimination that Black Tunisians face. It wasn’t until the legislative elections in 2014 that Tunisia elected its first Black female MP, Jamila Debbech-Ksiksi and even then, she still suffers anti-Black rhetoric from her fellow politicians

Although Tunisia passed an anti-racism law in 2018, the second Arab country after UAE to do that, the lived experiences of Black Tunisians in the country question the competency of the law. Some activists hold the view that while the law is a step in the right direction; it now provides a loophole for Tunisians who refuse to accept the reality of anti-Blackness in the country.

Due to the continuous political disenfranchisement of Afro-Arabs as well as their erasure in mainstream media, conversations in Arab communities about Black Lives usually evoke images of Black Westerners or Sub-saharan Africans. One of the ripple effects of this erasure is the normalization of the offensive blackface such that some Arab celebrities are comfortable using it as an act of solidarity with the #BlackLivesMatter movement: a very tactless attempt at allyship. In contrast, some other Arab social media users and influencers are using these times to bring more visibility to Afro-Arabs and anti-Black racism within their communities.

Similarly, the Egyptian-American community organizer, Rana Abdel Hamid, and writer Mafaz Al-Suwaidan created the #ArabsForBlackLives campaign to educate their audiences on six ways through which Arabs can resist and eliminate anti-Blackness from their communities. Several other Instagram and twitter users used their platforms to educate people on the history and presence of Afro-Arabs within the Arab communities.

Thus, many Arab youths are utilizing the opportunity that the global #BlackLivesMatter protests have created to break the silence surrounding anti-Black racism and more importantly, bring better awareness to Afro-Arabs in the MENA region. With these efforts, as well as the plethora of reading resources now widely available on the internet, there is renewed hope that Afro-Arab representation in mainstream and political MENA spheres will improve in near times.