Muslim Women, Financial Rights and Financial Fitness: How Healthy Are Your Finances?

by Uneesa Zaman in Lifestyle on 25th November, 2020 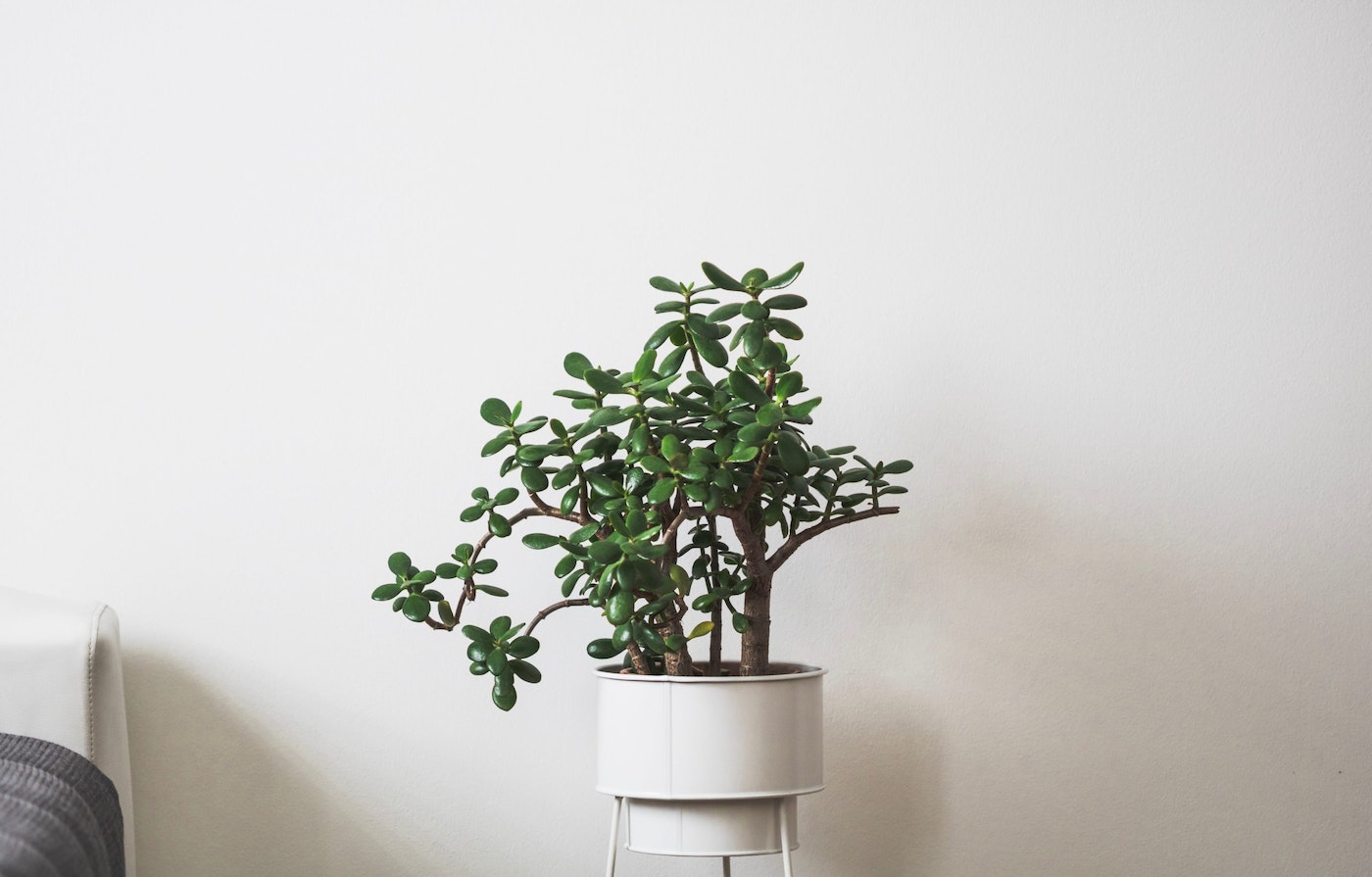 With more women than ever before obtaining a university education, and going on to excel in the world of work, Muslim women are leading the charge as one of the largest intersections of women achieving in their own right. In a survey by the Muslim Council of Britain, one in four Muslim women between the ages of 21-24 has obtained a degree as compared to 22% of Muslim men. Whilst we are making strides as Muslim women there is still much work to do as we face the “triple penalty” – a term used to describe the racial, religious, and gender discrimination we face in comparison to others in the workforce. So whilst we may be attending university more so than ever before, we’re still far from a level playing field, financially and otherwise.

This disparity gets worse as you ascend the career ladder with the top 10% of female earners making 17.7% less than the highest-paid 10% of men. As such, whilst women are penalised (even before entering the labour market), this provides a hamster-wheel effect in trying to catch up with their male counterparts.

This piece will examine what your financial obligations in Islam look like, the importance of financial autonomy, and finally, how to fine-tune and improve your relationship with your finances.

It’s important to understand, whilst Islam provides a footing for women to access finance and are prescribed that right Islamically, this piece will guide you in understanding how empowering an applied understanding of money management can be.

Okay but first, what are my financial obligations?

A woman doesn’t have any financial obligations in accordance with Islam. She could quite easily live in the financial comfort of her parents’ home and once married, this responsibility is bestowed upon her partner. These conditions are laid out in the Qur’an where it states:

“Men are responsible for women, because Allah has made one of them to excel the other, and because they spend (to support them) from their means” [al-Nisaa’ 4:34]

It’s at this point I would like to point out the term “made one of them to excel the other ” is referenced in this passage as a specific, not a holistic command. The notion of excelling relates to responsibility and duty as opposed to strength and prowess. Allah SWT has made us two halves of a whole, a complimentary balance to one another. As such, we will each excel in different aspects of life and are provided with duties that enhance our skillset. In this case, this is so as to help the family thrive in society, to be taken care of, and to nurture the next generation in creating a positive impact on society.

At the crux, one of the main responsibilities of a husband and/or father is to provide a ground for financial stability for his wife and/or daughter. The Nafaqah is the legal term used in Islam, which refers to the financial support a husband must provide under the nikkah contract. This includes the right to live in reasonable conditions, housing, clothing, food, and healthcare:

This is outlined in the Qur’an where it states:

Ultimately, the mahram should be able to provide whatever he possibly can and it is then up to the woman to accept the proposal. In relation to living in the familial home, it is the duty of the father to accept and pertain all financial responsibilities regarding his children. This is reinforced in the Qur’an where it states:

“But the father of the child shall bear the cost of the mother’s food and clothing on a reasonable basis” [al-Baqarah 2:233]

This is an ongoing responsibility upon the father- whether you’re married or divorced. Further to that, there is still a financial responsibility, known as mut’ah, on the man to provide for his ex-wife. Mutah differs from western models of alimony, in that it is strictly paid by the man to the woman as opposed to the other way round. This is also referenced in the Qur’an where it states:

“For divorced women maintenance (should be provided) on a reasonable (scale). This is a duty on the righteous” (2:241).

As such, we must distinguish and hold men accountable for the rights we are given by Allah SWT.

However, like many things, this isn’t necessarily the way in which it plays out in real life – and that’s why financial awareness is so crucial for women. While it may be all well and good to rely on the men in your life for your financial care, what if you don’t have mahram to rely on at all?

Islamically speaking, sadaqah plays a big role. Our deen invites us to spend in the way of Allah, and advocates for strengthening our familial ties through charity.

And whilst Islamically, this is an amazing notion and indeed, one many of us partake in – in different ways, practically a woman may not be able to rely on sadaqah solely. And indeed, due to the systems in which we work within (namely capitalist) some of us may find that we hold some of the financial responsibility in providing for the house.

That’s why understanding your financials is so important – it’s more than just paying bills and spending a little and saving, it’s a core, essential part of independence – even within a partnership.

This is supported by the hadith which states:

Okay back to the premise of this article…

Whilst the financial obligation of maintaining a household lies with a father or husband,  we can’t dismiss the lived realities of Muslim households that do not have the nuclear family configuration. With over 77,000 lone parent Muslim households in Britain with dependants, there is a lived reality of Muslim women single-handedly managing family life in terms of managing both the financial and non-financial responsibilities that come with that.

We need only look toward Sayeeda Khadija (RA) – a formidable businesswoman in her own right, managing numerous successful markets across many countries, forming trade relations, employing many people including Prophet Muhammad SAW, and managing her wealth on her own terms.

Sayeeda Khadija RA provides an amazing guide in the attitude we should take as Muslim women in conducting our financial affairs. As a widow, she was not reliant on a man’s wealth to help elevate her, but instead ran her own businesses and engineered her own financial prowess. In this way, this very real example teaches us all that whilst the Qur’an provides direct instruction upon men to fulfill their financial obligation towards the women in their life, Allah has ordained both men and women to seek knowledge, to read, to understand…to ‘tie our camels’ through self-sufficiency as is noted from the hadith below where Mohammed (SAW) specifically states Muslimah.

“the seeking of knowledge is incumbent on every muslim and every muslimah” narrated by Ibn Maajah.

Argue with your man on this one sis.

I mean, technically, if both parties are in mutual agreement – yes of course, the virtual vortex of mass opinions that is Twitter will continue to debate the ethics, practicality, and power play behind what is the “correct” mahr, but ultimately speaking it’s all relative.

This is evidenced where the Prophet PBUH mentions:

“Take from his wealth on a reasonable basis, only what is sufficient for you and your children.”

Ultimately, act with nuance and understand your financial situation can change with the winds. Therefore, a better investment is to understand your cash flow, expenses, investments, and savings before banking on a brother to come through financially.

I’d also like to recommend The Nikah Co.’s podcast – ‘Happily Ever After’ which goes into detail about both mahr and the cost of weddings too – adding further food for thought when it comes to thinking about financial planning.

Okay, but I’ll never make as much as a man anyway so what’s the point?

Considering the lifestyles and cost of living today, a two-income household tends to be more forgiving in an on-demand culture like that of many highly globalised countries. With that in mind, it also comes with the understanding that due to the gender pay gap, salaries aren’t necessarily indicative of your hard work. This gap has meant women are left behind financially and may take longer to reach their financial goals.

That’s not to say, however, they can’t be achieved. I personally propagate building your ‘money management journey’. That is, a tool to help you understand more about yourself and your financial habits as well as help you along with building a relationship with your finances.

Look at your money

Begin by breaking down your finances into the following:

Analyse the money streams you have coming in (inflows). This could be your salary, the home budget, your side hustle, any cashback apps you’re signed up to, the odd jobs you might do, anything from tax credits to child benefit. Next, take a look at the money you have coming out (outflows) and place them in pockets such as those below:

Once you’ve analysed your inflows against your outflows, you’ll begin to be able to build a better picture of how passive or active your relationship is with your financials and can really start to work towards your goals. For example, if your goal is to buy a new car by next summer, you can begin to calculate how much you’re saving at present and whether you may need to realign how much you’re spending. The idea is that once you have a financial goal in mind, you’re consistently working towards it – at a pace, you feel suits your current situation.

OKAY FINE – You’ve made some good points … But now what?

Understanding yourself through your relationship with money is a form of self-care you never knew you needed until now.

It’s time for a candid and accessible conversation within our community. This includes understanding not only the role we as women play but the role your mahram plays in providing financial security within the home and for you. We live in a world where capitalist structures can mean two incomes are generally needed in order to ensure a home is able to stand – but this does not negate the financial responsibility falling on your mahram within an Islamic paradigm.

As Muslim women, we need to educate and equip ourselves in taking heed of our financial choices and a better understanding of money management. Understanding your rights within an Islamic framework won’t just help you to build the foundations of your home, but it will also help you to appreciate why Allah has bestowed these rights and their importance for both men and women.

Many of us work and spend so long as we can cover our costs and treat ourselves, but if we’ve learned anything over the last year it’s to carve a path of security and resilience – and financial fitness is a major factor in developing our confidence, goals, and providing us with a source of direction and strength.

Now is the time we use the resources available online and reassess our relationship with money, so as to strengthen the choices we can make going forward.

Uneesa runs a communications consultancy called Rizq which looks to empower Muslim women in increasing their financial literacy, as well as providing communications strategies to ethical brands. When she’s not spinning stories, you can find the term ‘Arsenal Sympathiser’ no longer stands on her Twitter bio @alluneesaknow.

Taking Oral Contraception? Here’s What You Need to Know From a Nutritional Perspective