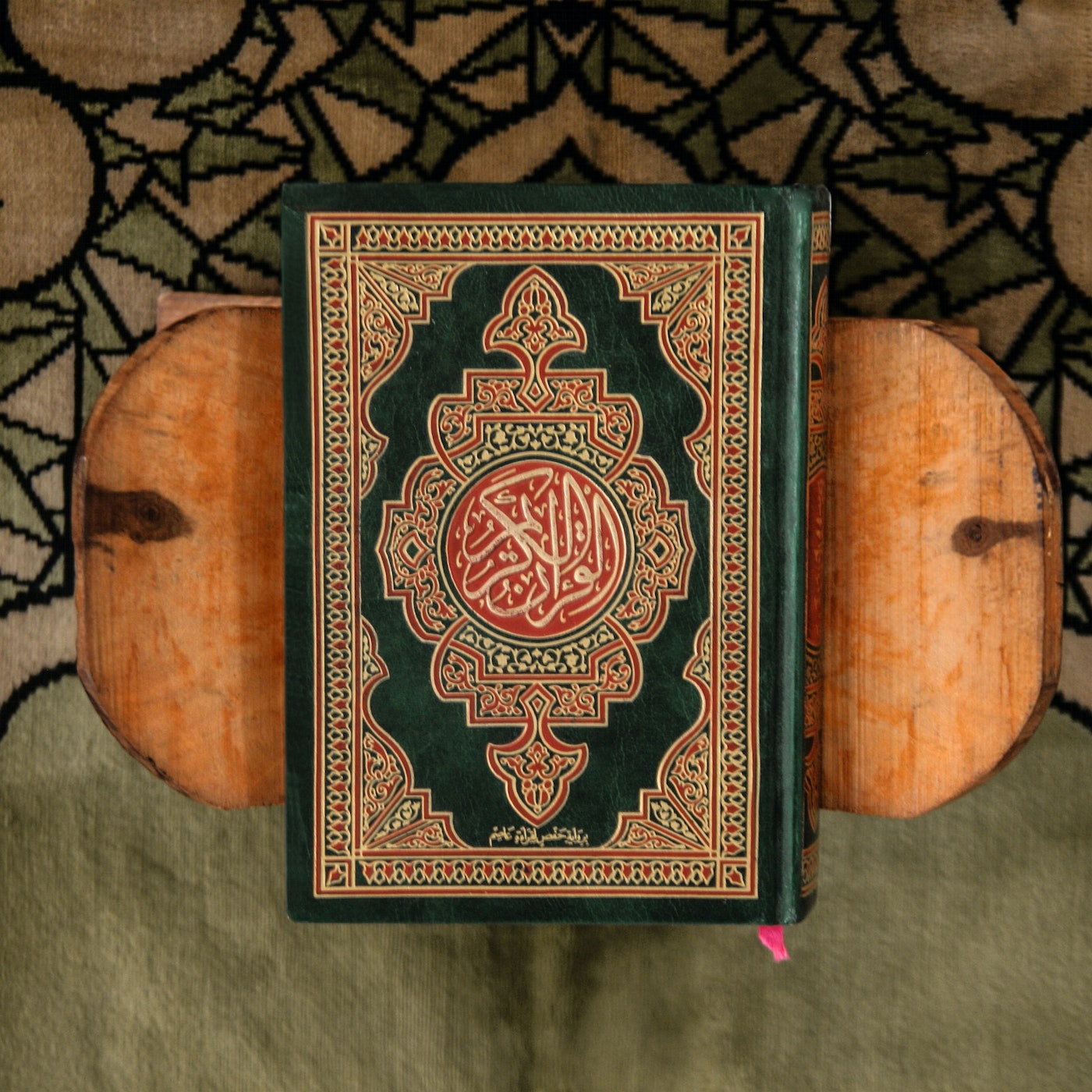 Ramadan is the month of the Quran – it was during this month that it was first revealed to the Prophet Muhammad ﷺ through Angel Jibreel (A.S.). One of the main goals of this month is to reconnect with the Quran – to read it, understand it and live it. Allah, with His Infinite Wisdom, revealed the Quran in Arabic and made it easy for us to understand in any language. In this piece, we cover seven ways to engage with the Quran this Ramadan if you do not read or understand Arabic.

Why is the Quran in Arabic?

“We did not send any messenger but (speaking) in the language of his people, so that he might clearly convey the message to them” (Surah Ibrahim, Ayah 4)

“And thus have We revealed to you an Arabic Quran, that you may warn the mother city (Makkah) and those around it, and that you may give warning of the day of gathering together wherein is no doubt; a party shall be in the garden and (another) party in the burning fire.” (Surat ash-Shura, Ayah 7)

“And if We had made it a non-Arabic Qur’an, they would have said, “Why are its verses not explained in detail [in our language]? Is it a foreign [recitation] and an Arab [messenger]?” Say, “It is, for those who believe, a guidance and cure.” And those who do not believe – in their ears is deafness, and it is upon them blindness. Those are being called from a distant place (Surat Al Fussilat, Ayah 44)

“Indeed, We have made it an Arabic Quran that you might understand.” (Surah Az-Zukhruf, Ayah 3)

“And We did not give Prophet Muhammad, knowledge of poetry, nor is it befitting for him. It is not but a message and a clear Qur’an” (Surah Yasin, Ayah 69)

We hope that these tips will be of benefit and help you connect with the Quran this month and beyond.

1. Find a good translation that works for you:

2. Listen to the audio recitation:

Whether you fully understand the verses being recited or not, there are benefits in listening to the Quran mindfully:

And We send down of the Quran that which is a healing and a mercy to those who believe (in  Islamic Monotheism and act on it), and it increases the Zalimoon (polytheists and wrongdoers) nothing but loss.” (Surah Al Israa, Ayah 82)

“Truly there is a reminder in this for anyone who has a heart, or who listens attentively with presence of mind.” (Surah Qaf, Ayah 37)

“When the Quran is read, listen attentively, and fall silent, so that you may be blessed with mercy.” (Surah Al A’raf, Ayah 204)

As you listen to the audio recitation, follow along with the transliteration to familiarise yourself with the Arabic words.

While it is truly a struggle to recite words that look and sound foreign to you, there is a blessing even in that struggle. Prophet Muhammad ﷺ said: “Verily the one who recites the Qur’an beautifully, smoothly, and precisely, he will be in the company of the noble and obedient angels. And as for the one who recites with difficulty, stammering or stumbling through its verses, then he will have twice that reward.”

Prophet Muhammad ﷺ said: “Whoever recites a letter from the Book of Allah, he will receive one good deed as ten good deeds like it. I do not say that Alif Lam Mim is one letter, but rather Alif is a letter, Lam is a letter, and Mim is a letter.”

Prophet Muhammad ﷺ said: “It is imperative for you to have Taqwa (fear/consciousness of Allah) for this is the accumulation of all good. Upon you is Jihad in the path of Allah for it is the monasticism of the Muslims and upon you is the Remembrance of Allah and the recitation of His Book, for it is light for you on earth and (a means by which) you will be mentioned in the Heavens.”

Find a Youtube series that works best for you to learn to recite the Quran at your pace, maybe pair up with a friend to compare notes and help each other through the tough spots. Also use the transliteration as you follow along with a recorded recitation and enrol in a class where you can get feedback from a teacher.

It is also recommended to memorize Surah Al Fatihah through the repeated recitation of the transliteration and listening to the audio as it is most repeated in the five daily prayers. One of the miracles of the Quran is that it is easy to understand and remember. This is not to say that the journey to learning it will be an easy one but that just like with anything, with some focus and good instruction, it can be done. As Allah says:

And We have indeed made the Quran easy to understand and remember, then is there any that will remember (or receive admonition)? (Surat Al Qamar, Ayah 17)

If you learn how to recite, you can slow down Youtube videos of reciters to follow along too.

One of the blessings of being in a time where we have access to a range of resources for both adults and children is that when we seek a simpler breakdown we can often find this in children’s resources as they are intended to ensure communication is clear. I have often looked to children’s books to remind myself of the Prophets in a particular story or remind myself of the sequence of the stories in the Quran. It allows you to strip down and centre that the Quran has many stories about Prophets and Sahabah that we can actually learn from Insha Allah.

5. Use a Quran pen reader

For some, an investment in a Quran pen reader can help you recognise and learn the letters. As you point the pen onto the text, the pen reads it out for you and whether you want to learn the letters and how to pronounce them or you are trying to memorize a surah, this is an excellent tool! You can choose from 27 different voices and multiple languages!

6. Listen to lectures with tafseer (explanation of the Quran) explaining linguistic nuances:

Listen to tafseer lectures from your favourite scholars as they explain the translation of the Quran, including the linguistic nuances of the Arabic text. The words of Allah are truly miraculous and understanding the subtleties makes reading the Quran a wholesome experience.

Al-Qurtubi says in his tafsir, “The metaphor of those who recite the Qur’an without knowing its tafsir is that of some people to whom a letter comes from their king at night when they have no lamp. They are alarmed, not knowing what the letter contains. The metaphor of the one who knows the tafsir is that of a man who brings them a lamp so that they can read what the letter says.”

At the end of the day, the best thing you can do with what you learn from the Quran is to live it. Whether you know one line or more, when you come across knowledge from the Quran work towards implementing it and applying it to your life, the Quran has been sent as a guide for our time on this earth. Learn the Quran, live what it teaches and teach ahead.

The Prophet (ﷺ) said, “The best among you (Muslims) are those who learn the Qur’an and teach it.”