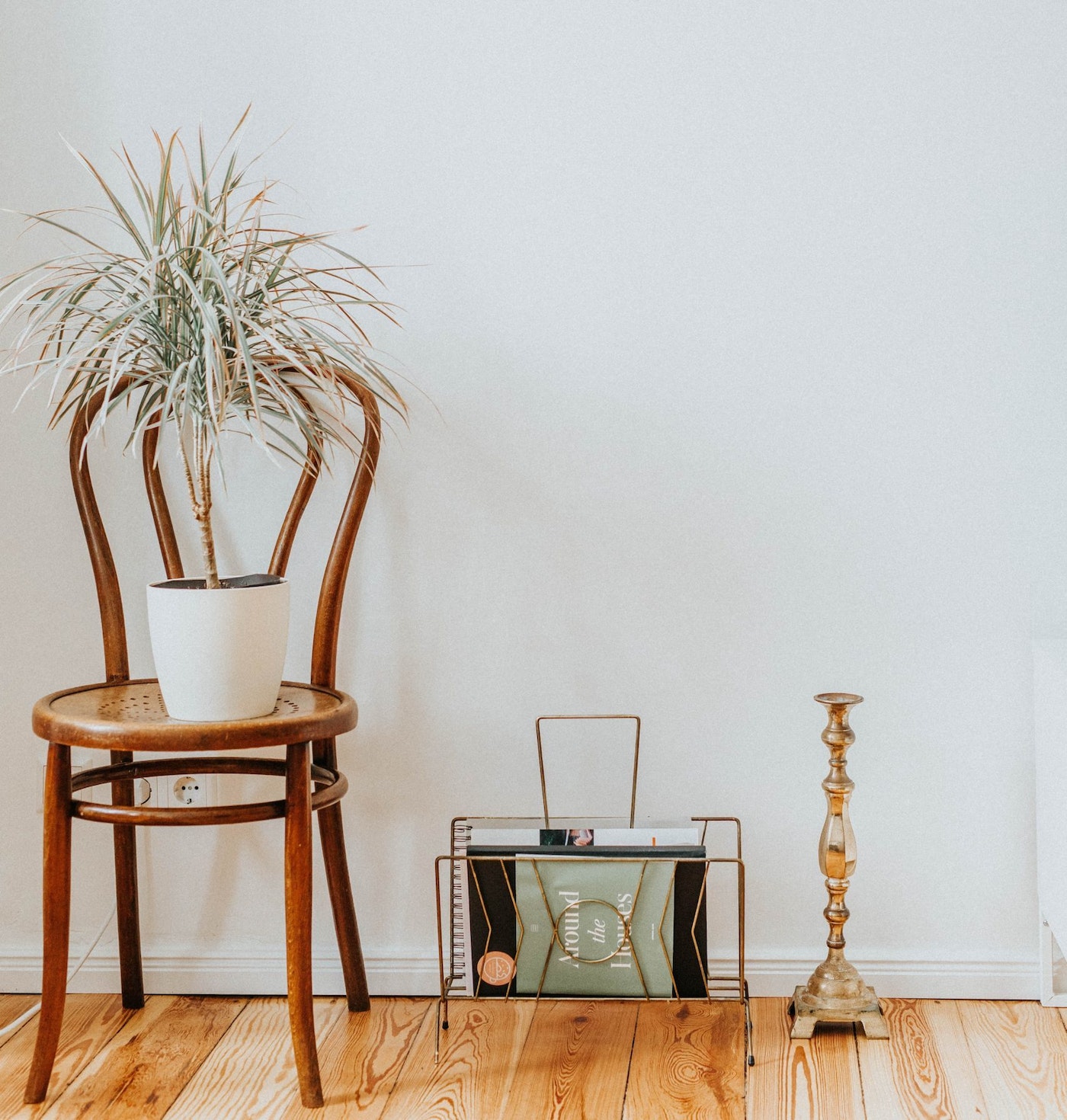 I don’t think I want to have kids.

I’m waiting for the elusive switch to click. The maternal one, the one where you yearn to have kids.

I’ve been married for 8 years, I’m still under 30 so as the biological clocks and stats go “I still have time”. I got married in my early twenties and when I got married I imagined kids at some point. But as life went on, I questioned if I was saying I wanted kids because I actually did, or because women are just socialised into thinking they need to have them. As the years passed, family in particular got more nosey; with each person that had a child, family and friends chimed “you next?”, aunties at weddings making duas for you, uncles prying and asking when will you have kids? I realise that our bodies as women, from our wombs to our hair, are always up for conversation. In the conversation of motherhood, I don’t feel like my voice actually matters, I am made to feel like I am flippant for not wanting kids or stripped of my agency in that I am told I will inevitably regret ‘when it’s too late’.

From where I stand now, motherhood to me feels like applying for a job you don’t want, on top of the full time job you already have. When I speak to mums that I know, I find myself asking them many questions, fascinated by their decision. How did they know they were ready? What is it like? How has it impacted them? I want to desperately know what compelled them because maybe it will compel me. I want to force the switch. But I realise that my reasoning and want can only come from me.

People tell me they decided to start trying for kids because it was the natural next step after ticking career boxes. For some, it wasn’t planned but they are grateful. For others, it was the guilt of not giving their only child a sibling or the fact that they were compelled by age.  There are also some that are pushed to try having kids in case they can’t. Some say that they decided to have kids because they were married for so long or as an attempt to fix a rocky relationship. And for a lucky few, it was never a question of why, only when.

I struggle with the idea of motherhood itself, motherhood both as an individual role and as an institution that is determined by social norms, cultural practices and religious structures, as well as how it intersects with society, politics, relationships, careers, workplaces and pretty much any other structure you can think of. I already feel resentful that the weight and frankly, burden, of motherhood disproportionately affects me as the child-bearer. My husband is amazing, we are both high performers, he is a nurturer and I don’t doubt his capability of being a parent and doing everything in his power and beyond to cushion the blow of Motherhood. But, I simply don’t want it and I am waiting for when I will.

In these interviews with mums inevitably the conversation turns to me and how I feel about kids. I tell them I love my life. Often they are stunned at my frankness. I stopped dressing up why I don’t want kids and realised that loving my life as it is was enough reason. Not wanting kids didn’t need extra explainers, in the same way you say “no thank you” to a cup of tea at a guest’s house. Some of them lament on the sacrifices they have had to make or the loss they have felt in other parts of their lives. In the rare instance, I am congratulated by a mother on not giving into the pressure at this moment to try and have a child and there is a silent comradery between us.

My Journey With Infertility

“I Am Not Determined by My Ability to Get Pregnant”

I am told “but what about your legacy”, I retort that, legacy-making is not confined to children, and besides who says they will contribute to your legacy in a meaningful way beyond being another person on this earth? I think of Aisha (RA), often called Mother of the believers, who had no children with the Prophet ﷺ. While I am no Aisha, I often think about how throughout Islamic history, there are plenty of examples of women who did not have children, either out of choice or circumstance. From divorce, to marrying an older woman, to being barren, to being an orphan, to not having children, it feels like when I look into Islam, the multitude of human experiences are a source of comfort for those that feel like they exist at the fringes. I don’t think it’s a coincidence that these examples exist in our deen, and it should serve as a reminder to those that engage in the ostracisation and scolding of women who do not have children that we belong too and that our stories and experiences have a place in history and in the now. And not to state the obvious but, contrary to how people treat the decision of not wanting children, it is indeed not haram to not have children.

I am told, “what about when you’re old, who will look after you then?” I struggle to reconcile making a life changing decision that I don’t want and to be stuck with it for 40 years of my life before I can benefit from it in the final years of my life.

“You become a patient person, kids teach you so much,” I struggle with these abstract arguments of what kids do for your character when there are so many other ways and things that contribute. So many ways to find God in this life.

“Something is missing in women who don’t have kids,” I feel the coating of the patriarchy is thick on this one and there are various iterations of it. The characterisation of women who don’t have kids as ‘too feminist’ and extreme in their thinking or even “too career-driven or materialistic” or, at worst, selfish. Is it that we are seen as “too free”? But even so, if a woman who decides not to have children is selfish, then why should she have them? Why try and persuade her to? And on the topic of “career women”, why can we not accept that some women would rather put their time and efforts into the work that they do, often said work being a means to give back to others or care for others? And why do we never hear of the term “career-man”. If our deen is one of intention, why are we so set on the end being a child coming from a woman? Why is does the spectrum of piety for Muslim women go from career-driven at one end (the worst end) to mother at the other end? And once again I am reminded of some of the best of women in our deen who didn’t have children.

I am told it is sunnah, that jannah is under the feet of a mother. My piety is up for question in some of these instances. I think to myself, there are 8 doors to jannah and a myriad of hadiths on entry to jannah. I am not sure if resentfully toiling through motherhood is the one I should be striving for. Somewhere along the way we conflated motherhood as the only route to Allah to the point where I have found myself googling if it is haram to not have kids, just to double-check. The more resentful part of me feels that the sacrifice and struggle story that we wrap Motherhood in serves the patriarchy and misogyny that goes unaddressed in the Muslim community at large and within the four walls of a family home. We glorify the sacrifices women make and expect them to be “naturally” “unselfish”, whatever that means. And instead of being honest, instead of addressing the misogyny and inequality that makes Motherhood the toil and labour that I see, we point to jannah, the same way we see imams point to Sabr when a sister is in a marriage she should be getting out of.

As I wait for the switch to flick, I meander between the thought that I have time and the warning that “your biological clock is ticking”. I resolve that, just because time is passing, it doesn’t mean I need to have children, or at least start trying. This realisation is liberating,  that I am not being bound to time for the sake of it. It reframes the decision into one of readiness rather than what everyone around me expects of me.

But then the biological pressure to have children sits starkly as a reminder as I read through accounts of sisters who are struggling to conceive. “Try and have the first one before 30,” my doctor friends all tell me. The biological pressure is baked into institutes too, they call you a geriatric mother if you’re over 35. While many do have kids in their 30’s and beyond, the risks are well documented.

Either way I feel screwed, I don’t think I have the guts to go through with not having them and documenting it here feels like the closest thing to resistance. In all honesty, I would rather the decision be taken out of my hands, to fall pregnant by accident or find out that I am unable to conceive, that way there is no one to blame, just divine intervention.