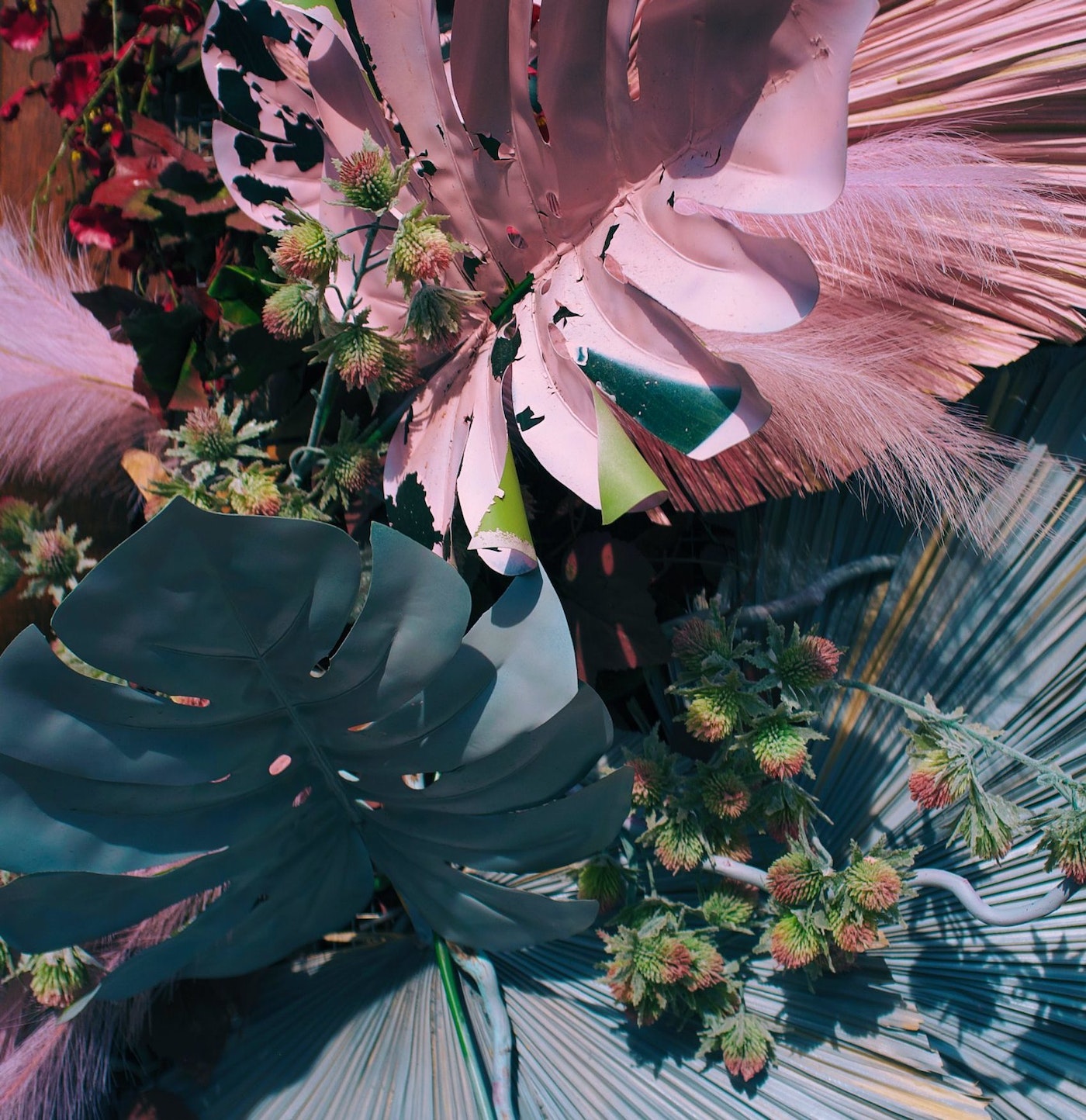 A woman sits cross-legged, poised, shoulders back, her eyes closed and a smile on her face. It’s a smile just wide enough to indicate that she’s not happy (who wants to be happy? Happiness is so 1990s). She is content, she is self-accepting. She is the modern ‘spiritual’ woman, and she is meditating (the contemporary secular equivalent to religious prayer), but you mustn’t say such things out loud as this new form of spirituality has absolutely nothing to do with God or religion.

The absence of God from spirituality is a relatively new concept that has come to existence and can take many forms, the most popular being that of contemporary mindfulness. Mindfulness is defined as a lifestyle that places the concept of moment-by-moment awareness at its core. The idea is that if you pay attention to nothing but this very moment in time, you will experience feelings of peace and calm. There is A LOT of scientific research out there that backs this claim, contemporary mindfulness has been shown to decrease levels of anxiety and depression, as well as increase feelings of empathy and nurture virtues such as forgiveness and honesty. The message is, you don’t need God to feel complete, you just need to be at one with yourself. You need you.

What’s more, the idea of being spiritual but not religious is often portrayed as a progressive reaction to the realisation that science and capitalism have failed to live up to their expectations. They have not given us answers to the BIG questions that plague every single one of us, questions like ‘what are we doing here?’, ‘how did we end up here?’ and ‘why are we here?’ and we have come to accept that no amount of ‘Black Friday buy-one-get-one free’ offers are going to fill the hollowness and aching we experience at the centre of our chest when we contemplate the worth of our existence. Both science and capitalism have failed to provide us with meaning or reassurance, so the woke contemporary individual has no choice but to turn to modern spirituality for inner peace and meaning.

The absence of God from the contemporary wave of spirituality is worn like a badge of honour. It is an act of rebellion against the capitalist and colonial sentiments of modernity, it is a sign that this individual is fresh, progressive and inclusive, as their spirituality welcomes all people. Here, no one is right and so everyone is also wrong, but who cares? As long as we are all equally wrong together! It’s called pluralism my friend, and it’s the tag line for the 2000s.

But the way this modern spiritual narrative sells itself can be highly misleading given that a lot of the core practices and concepts found in narratives that are labelled as ‘secular spirituality’ resonate in and originate from religious traditions, including Islam. And so this modern spirituality can sound a lot like the very institutions and systems it claims to be separate from. Essentially, it sounds like a religion. Take the contemporary concept of mindfulness popular amongst western white middle classes; it makes the claims to being a ‘secular’ practice, despite the fact that its concepts and meditative techniques originate from the Buddhist tradition. Within the Buddhist tradition mindfulness is at the centre of a very complex system that includes moral and ethical commitments, including speaking and doing good, and espouses detachment from worldly desires at its core, all with the aim of ending human suffering. It is hard work and requires commitment, not simply ‘paying attention to the moment’. The Islamic equivalent to what has been done to the Buddhist tradition in the context of contemporary secular mindfulness would be encouraging people to carry out the five daily prayers as a form of meditation and stipulating that the belief in other Islamic concepts including God is irrelevant to achieving peace through prayer.

I imagine that narrative would annoy a few people, as it has in the contemporary mindfulness context, where some critics (and not just those who adhere to the Buddhist tradition) have criticised the contemporary secular take on mindfulness as being another example of a colonialist ‘take over’. This is when Eastern traditions are whitewashed and re-packaged to suit western temperaments with little respect or regard for their origins. This observation has earned mindfulness the nickname ‘Mc Mindfulness’, due to opponents seeing it as nothing short of a covert continuation of existing western capitalist ideals, where emphasis is on a ‘fast service’ that appeals to as many people as possible to maximise returns.

The idea that you can pick and choose what aspects of a world philosophy you want to follow, is very similar to walking into the supermarket with your shopping trolley and selecting only the items that appeal to you or later trying them and returning them. In other words, it still looks a lot like capitalism.

The capitalist modernist undertone is most glaringly obvious in its selling point – no God. As in true secular capitalist fashion, ‘the self’ has taken on that role. The self is in charge, it decides which parts of spiritual philosophy are followed and when, it decides what is right and wrong and so in essence it is what is being worshipped; it has taken on the role of God. Since people turn to spirituality to gain a sense of self-worth and acceptance, the capitalist narrative plays on this emotion by placing the gratification and exploration of the self as a core concept. The self then becomes both the means and the ends. This is at odds with spiritual development concepts found in world religious philosophies as well as ancient philosophies, where emphasis is placed on self-control and freedom is found in self- denial.

Self-worship is the cornerstone upon which our post-modernist, capitalist societies are built on. We are constantly encouraged to shamelessly ‘flaunt it’, we are constantly bombarded with adverts that glorify the self, rendering it all sufficient and all powerful. You simply have to take a look at the Nike adverts that pitch the likes of you and me as being the missing hero in the Avengers line-up. If only we just had belief in ourselves and ran a couple of times around the block (in Nike gear-obviously) how life would be different for us and the world!

This undisputed power and freedom given to the self has meant that the effectiveness of modern spirituality has been questioned. Can someone really become spiritual without a rigid moral and ethical system to take them to account? And can it be done whilst being embedded and loyal to a capitalist and colonialist structure that seeks to enslave us all to a system of inequality?

Perhaps this ‘new wave’ of spirituality is not ‘new’ at all, but simply another attempt at side-lining God and/or religion from worldly narrative, where capitalist ideals work to encourage philosophies such as this modern wave of spirituality and contemporary mindfulness practice in an attempt to ‘take over’ the wider ethical and social concerns that are associated with religion and communities. The understanding here is that capitalist ideals will work to prey upon the feelings of disillusion that people may have towards institutionalised religion and offer something similar (a sense of self-worth and meaning) but different (i.e. you’re God).

So, perhaps it is high time that people of faith and belief in God were more mindful of the narratives that seek to undermine and replace the beliefs that are important to them and became more aware of the ways that secular contemporary narratives may have unintentionally crept into their subconscious, disrupting their wellbeing. I think it is time that we start talking about God and religion and the ways in which we can integrate these concepts into worldly narratives, so that we can start living life in line with our consciousness, with feelings of fullness and peace.

Until then I’m afraid it’s either God or your Nikes (I’m 99.999% certain I’m not destined for the Avengers, so I’m sticking with God).

Sara is a final year PhD student, researching mindfulness in Islamic teaching at the University of Aberdeen. She has recently launched the INsane project, where she shares her research findings via podcast and Instagram at @insaneinsanproject. You can find her on Instagram and Twitter on @imsarakay

The Myth of Beauty Standards: From Thigh Gaps to Thicc Thighs