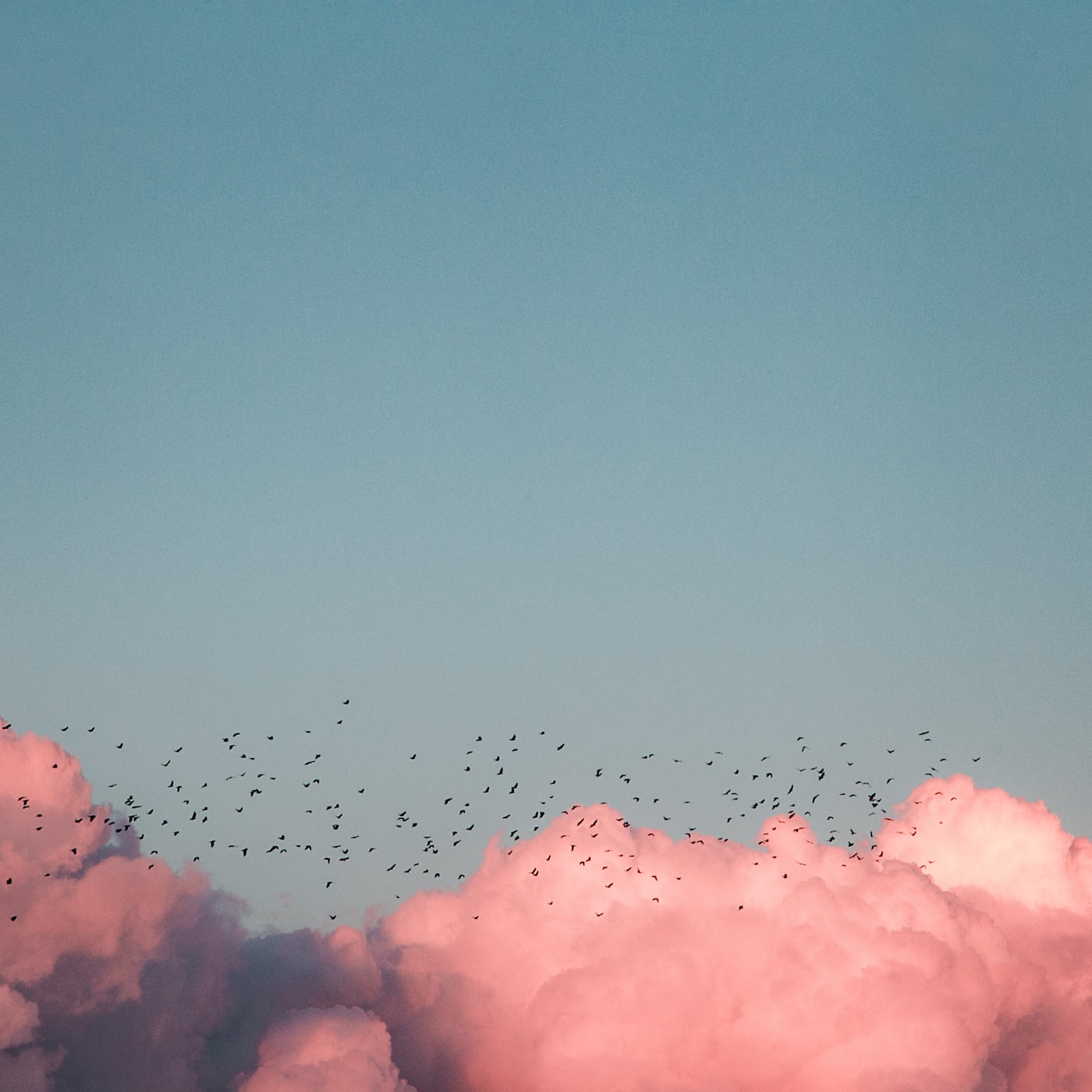 Both the Qur’an and Sunnah guide us to seek the love of Allah through the actions He loves as well as striving to be like those who He says He loves in the Qur’an.

Allah tells us that if He loves a person, He calls [angel] Gabriel saying:

Here are 9 qualities that we can work on implementing in our lives in order to gain Allah’s love, as highlighted in the Qur’an and Sunnah:

This article is sponsored by Islamic Relief UK. This year IR is harnessing the power of your Zakat—if everyone around the world gave 2.5% of their wealth, we could end poverty together.

Islamic Relief is a trusted distributor of Zakat to people in 34 countries around the world. They give essential relief to those in need overseas, and at home in the UK as well.

Find out more about the work here.

1.Those who are God-conscious (Al-Muttaqin)

Allah tells us in the Qur’an that fasting has been prescribed for us so that we can attain Taqwa, making Ramadan a beautiful opportunity to earn His Love. One of the ways Allah says we can achieve true God-consciousness or righteousness is “by giving some of what we cherish” (Qur’an 3:92).

“Righteousness in the sight of God…dwells in one who, despite his love for it, gives of his wealth in charity to close relatives and orphans and to the needy and the wayfarer, and beggars and for the emancipation of slaves.” (Qur’an 2:177)

Islamic Relief provides an opportunity to help support orphans through their orphan sponsorship programme. The sponsorship is an effective way of giving that sets up a connection between the donor and a vulnerable orphan. The donor will receive an annual update on how their support is assisting the sponsored child and their family.

2.Those who purify themselves (Al-Mutatahhirun)

Allah says, He loves “those who purify themselves” (Qur’an 2:222). Wudhu is a form of purification for our sins, and the Prophet ﷺ said, “When a Muslim man performs ablution, his sins are removed from his hearing, his sight, his hands, and his legs. If he sits down, he will sit down forgiven.” (Musnad Aḥmad) This Ramadan, you can strive to always be in a state of wudhu even when you’re on your period as it carries a lot of barakah.

“When the Messenger ﷺ was in the state of major ritual impurity and intended to eat or sleep, he would perform wudū, the way he would for prayer.” (Muslim)

Zakat is another form of purification which we can engage in as it purifies us and our wealth.

“Take, [O Muḥammad], from their wealth a charity by which you purify them and cause them increase, and invoke [Allah’s blessings] upon them. Indeed, your invocations are reassurance for them. And Allah is Hearing and Knowing.” (Qur’an 9:103)

Although, it’s not necessary to pay Zakat al-Maal in the month of Ramadan (unless it’s due at the time), we can utilise the added barakah of the month and engage in this act of worship then.

3.Those who rely on Him (Al-Mutawakkilin)

Sometimes Shaitan can deceive us into thinking that if we give, we’ll never have enough for ourselves or we’ll be losing out. But Allah encourages us to give even when we don’t have much, and He comforts us with His reminder that He

One way to quell the fear of scarcity which arises is by giving to others from what we think we’ll have less of. Relying on Allah includes leaving our affairs in His hands and trusting that He will provide for us and reward us with much more and better than we’ve given.

In the month where the gates of heavens are open and the gates of hell are closed, the Prophet ﷺ taught our mother Aisha (RA) a beautiful dua to constantly seek repentance from Allah:

Allahumma innaka `afuwwun tuhibbul `afwa fa`fu `annee’ (O Allah, You are the Most Forgiving and You love to Forgive, so forgive me)

As you go through your day in Ramadan, strive to make it a habit to recite this dua constantly as it’s not limited to the last ten days of the month.

5. Those who are Just (Al-Muqsitin)

Everywhere you look in the world today, there seems to be an injustice of some kind. This can leave us feeling helpless but Islam also provides us with Zakat, an effective way to tackle one of the most prevelant forms of injustice which is economic injustice. Zakat is a form of social justice which involves giving out of our wealth back to the community. Giving Zakat ensures an ethical redistribution of wealth and means that those most in need are given their due share.

Read More How Zakat benefits others

6. Those who are consistent

The Messenger of Allah ﷺ said, “Do good deeds properly, sincerely and moderately and know that your deeds will not make you enter Paradise, and that the most beloved deed to Allah is the most regular and constant even if it were little.” [Bukhari]

Technology has made it easy to automate some acts to achieve easy consistency. One way to do this can be to set up regular donations for a cause you care about even if it’s a £5 a month direct debit.

Not sure where to donate? Islamic Relief UK offers several causes which you can choose to donate monthly to including providing water, supporting orphans and children or contributing towards a form of sadaqatul jariyah.

7. Those who do good (Al-Muhsinin)

Allah provides us with a plethora of opportunities to do good such as kindness to others, feeding others, spreading salaam, forgiving those who wrong us or even saying a good word.

“Who spend [in the cause of Allah] during ease and hardship and who restrain anger and who pardon the people – and Allah loves the doers of good.” (Quran 3:134)

“And spend in the way of Allah and do not throw [yourselves] with your [own] hands into destruction [by refraining]. And do good; indeed, Allah loves the doers of good.” (Quran 2:195)

“Worship Allah ˹alone˺ and associate none with Him. And be kind to parents, relatives, orphans, the poor, near and distant neighbours, close friends, ˹needy˺ travellers, and those ˹bonds people˺ in your possession. Surely Allah does not like whoever is arrogant, boastful—” (Qur’an 4:36)

This Ramadan, make it a habit to strive to complete a good deed a day.

Another group of people Allah says He loves, are those who are “steadfast” (Qur’an 3:146) in patience and perseverance.

Ramadan teaches us the importance of sabr in our abstinence from haram (all actions displeasing to Allah) as well as in practising good deeds even when we don’t attain any personal benefit from our actions. Sabr can also manifest in moments of trials and difficulty.

This Ramadan, when you find yourself in a difficult situation before resorting to saying or doing anything you might regret, remind yourself of Allah’s love for those who are patient and seek His help through duas instead.

Say, [O Muhammad], “If you should love Allah, then follow me, [so] Allah will love you and forgive you your sins. And Allah is Forgiving and Merciful.” (Quran 3:31)

The best way to strive to emulate the way of the Prophet ﷺ – and hence earn the love of Allah – is by engaging in actions he ﷺ has commanded us:

The Prophet ﷺ said, “The most beloved people to Allah are those who are most beneficial to people. The most beloved deed to Allah is to make a Muslim happy, or to remove one of his troubles, or to forgive his debt, or to feed his hunger. That I walk with a brother regarding a need is more beloved to me than that I seclude myself in this mosque in Medina for a month. Whoever swallows his anger, then Allah will conceal his faults. Whoever suppresses his rage, even though he could fulfil his anger if he wished, then Allah will secure his heart on the Day of Resurrection. Whoever walks with his brother regarding a need until he secures it for him, then Allah Almighty will make his footing firm across the bridge on the day when the footings are shaken.” [al-Muʻjam al-Awsaṭ 6/139]

“Free the captives, feed the hungry and pay a visit to the sick.” [Bukhari]

“Whoever gives food for a fasting person to break his fast, he will have a reward like theirs, without that detracting from their reward in the slightest.” [Darussalam]

“Guard yourself from the Hellfire, even with half of a date in charity. If one cannot find it, then with a kind word.” [Bukhari]

Abdullah ibn Mas’ud said, ‘I asked the Messenger of Allah ﷺ, “Which of the deeds is most beloved to Allah?” The Messenger of Allah ﷺ said, “Performing the prayer at its prescribed, fixed time.” I asked, “What next?” He replied, “Dutifulness to the parents.” I asked, “What next?” He replied, “Jihad (striving) in the Cause of Allah.” Had I asked him for more, he would have told me.’ [Bukhari]

The Messenger of Allah (ﷺ) said, “One of Prophet Dawud’s supplications was:

O Allah! I ask You for Your Love, the love of those who love You, and deeds which will cause me to attain Your Love. O Allah! Make Your Love dearer to me than myself, my family and the cold water.” [At- Tirmidhi]

Whatever act you choose, we pray Allah makes it easy for you, accepts it from you and makes you among those who are beloved to Him. Ameen.