The Powerful History of Zakat 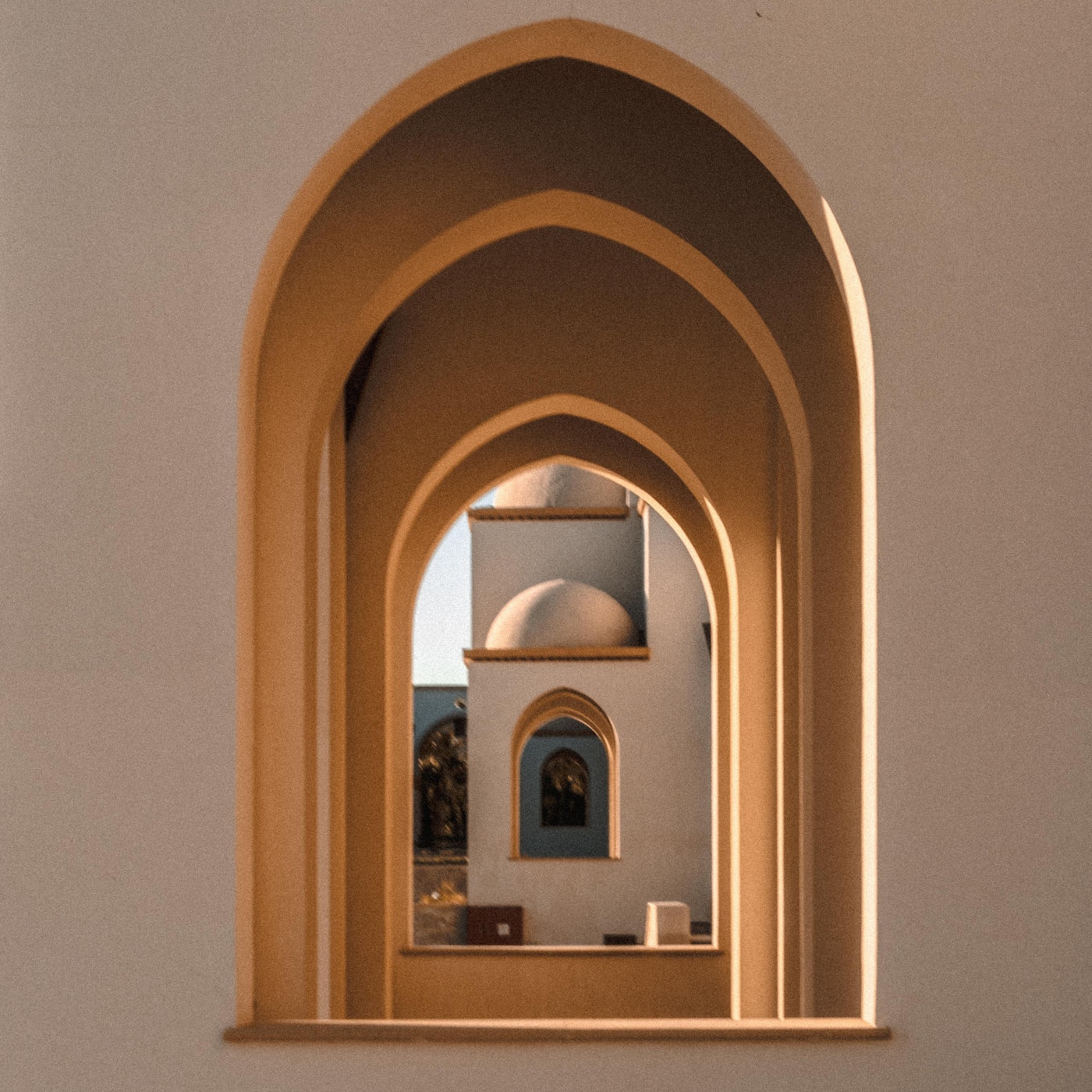 Each year, Allah presents us with an opportunity to purify our hearts and wealth through fasting and Zakat. Our deen has been formed in a way where we are given endless opportunities to reflect, turn to Allah and contribute to our communities through an array of practices, with Zakat being a key element.

Zakat is also the third pillar of our faith. The importance of community is embedded into the five pillars that we strive to uphold in our daily lives. After we have affirmed our belief in Allah as One, we are strongly recommended to offer our obligatory prayers in congregation. The Prophet ﷺ said, “The reward of the prayer in congregation is twenty seven times greater (than that of a prayer offered by a person alone).” [Bukhari]

After this, we are obliged to give back to our communities and better the world through Zakat. In this article, we take a deep dive into the history of Zakat, how it changed the communities it was implemented in and how the world, as we know it today, can still be changed for the better through the power of Zakat.

This article is brought to you by Islamic Relief UK who are harnessing the power of Zakat through various programs including the distribution of food packs for fasting families. You can read more about their relief efforts in the UK and around the world here

The Power of Zakat

Zakat literally means “to cleanse”. Through Zakat, our wealth is purified, increased and blessed. The Prophet ﷺ said:

“Whoever pays the Zakat on his wealth will have its evil removed from him.” [Ibn Khuzaimah and at-Tabarani]

The evils are removed from our wealth, our sins are forgiven, we are rewarded for our obedience to Allah and when we trust Allah to provide for us, we can never be disappointed.

“And He (Allah) will provide him from (sources) he never could imagine. And whosoever puts his trust in Allah, then He will suffice him.” (Qur’an 65:3)

While Zakat is a means to get closer to Allah and invite barakah into our lives, its effects reach even further than us as individuals.

There are two types of Zakat that we are obligated to pay annually if we have the means to do so. Zakat Al Fitr is paid at the end of Ramadan and must reach its recipients on the day of Eid. Zakat Al Mal is paid annually on 2.5% of your net wealth.

This way, Allah ensures the redistribution of wealth so that it reaches our Muslim brothers and sisters who truly need it. In the Qur’an, Allah reminds us that our community also has a right over our wealth, that when we have the ability to alleviate the suffering of others with our financial support, then we are not only recommended but obligated to do so.

The History of Zakat

Historically, the concept of Zakat was seen as a financial system amongst Muslims that ensured every single member of the Muslim community was looked after. It was established in 2 A.H., shortly after the Prophet ﷺ migrated to Madinah.

Soon after, Zakat was made obligatory with the revelation of an ayah from Surah Al Taubah. Allah said: “Take, (O, Muhammad), from their wealth a charity by which you purify them and cause them increase, and invoke [Allah ‘s blessings] upon them. Indeed, your invocations are reassurance for them.” (Qur’an 9:103)

Before this, charity had only been highly recommended. With the enjoinment of Zakat, a new system of collection and distribution of wealth was implemented by the Prophet ﷺ in the city of Madinah and people were employed to ensure the smooth running of these systems. Zakat was one of the most important catalysts in making Madinah a thriving, prosperous city focused on adhering to the rules of Allah and ensuring the welfare of every single member of the community.

Allah also explained the benefits of Zakat in Surah Baqarah, He revealed: “And establish prayer and give zakat, and whatever good you put forward for yourselves – you will find it with Allah.”

This article is brought to you by Islamic Relief UK who are harnessing the power of Zakat through various programs including the distribution of food packs for fasting families. You can read more about their relief efforts in the UK and around the world here.

Zakat has actually completely transformed society in the past. In 98 AH, Umar ibn Abdul Aziz, 8th Ummayad Khalifah and one of the most renowned leaders of Islam organised a strict collection and distribution of Zakat. Within two years of his rule, the state was in such prosperity that they were unable to find anyone within the rule of Umar ibn Abdul Aziz who was eligible for Zakat!

If Zakat was implemented at a global scale, with everyone in the entire world giving 2.5% of their wealth to those in need, world poverty could end altogether. Even if it is not that simple, it helps to remember that at the end of the day, we will be asked only about what we did to help where we are obligated and we will be rewarded for our intentions and efforts and the positive changes brought about in the world through our Zakat and voluntary charity.

Allah also tells us that He loves those who give in both good times and bad. “They are those who donate in prosperity and adversity, control their anger, and pardon others. And Allah loves the good-doers.” (Qur’an 3:134)

For these reasons, the companions of the Prophet ﷺ would compete with each other to do good because they wanted to be more beloved to Allah and closer to His Messenger.

Once, the companions were ordered by the Prophet (ﷺ) to give in charity and Umar (RA) tells us this story in a hadith: “That coincided with a time in which I had some wealth, so I said, “Today I will beat Abu Bakr, if ever I beat him.”‘ So I came with half of my wealth, and the Prophet (ﷺ) said: “What did you leave for your family?” I said: “The like of it.” And Abu Bakr came with everything he had, so he (ﷺ) said: “O Abu Bakr! What did you leave for your family?” He said: “I left Allah and His Messenger for them.” I said: ‘[By Allah] I will never be able to beat him to something.’” [Tirmidhi]

Zakat creates an overall environment of growth where we grow closer to Allah through our obedience to Him, the faith in our hearts grows stronger, we are reminded that our wealth is from Allah and that our stay in this world with its material things is only temporary.

Zakat also promotes a culture of growth in the community where those with more privilege accept responsibility for those less fortunate and become pillars of support for them.

Zakat is so important for social welfare that the companions were ready to do anything within their means to ensure Zakat was being paid and distributed to those who needed it. The fact that Zakat can be paid at any time of the year ensured that the treasury always had funds to circulate.

When Abu Bakr (RA) was made Khalifah after the death of the Prophet (ﷺ), many people now refused to pay Zakat. While many other companions were of the opinion that this issue should be dealt with gently, Abu Bakr (RA) was adamant that he would fight for the rights of the people.

He (RA) said:  “By Allah, if they withhold the rope of a camel they used to give in Zakat to Allah’s Messenger, I will fight them for it.”

He mobilised an army under Khalid bin Waleed (RA) and led a successful campaign in returning people to the right path and reminding them that their duty to Allah, His Messenger and the Ummah did not end with the death of the Prophet (ﷺ).

Since good deeds are multiplied by 70 in the last ten days of Ramadan and the Prophet (ﷺ) is said to have been his most generous during this month, many people calculate their Zakat year to start in Ramadan.

How Did the Sahabas Spend Their Ramadan? | Amaliah

Connecting with our communities is a need instilled in our hearts, an obligation set by Allah and a right our Muslim brothers and sisters have over us. By following the guidelines that Allah sent down with our beloved Prophet ﷺ, we can earn His love, His shade and the companionship of the Prophet ﷺ all while contributing to the betterment of the world at large.

It is now easier than ever to support the Ummah from the comfort of your home. Islamic Relief UK accepts Zakat funds and spends them on the first category of people eligible for Zakat – the poor and needy.

May we all be from those whom Allah loves, may we all have our sins washed away through our charity and may we gather under His shade on the day of judgement. Ameen.