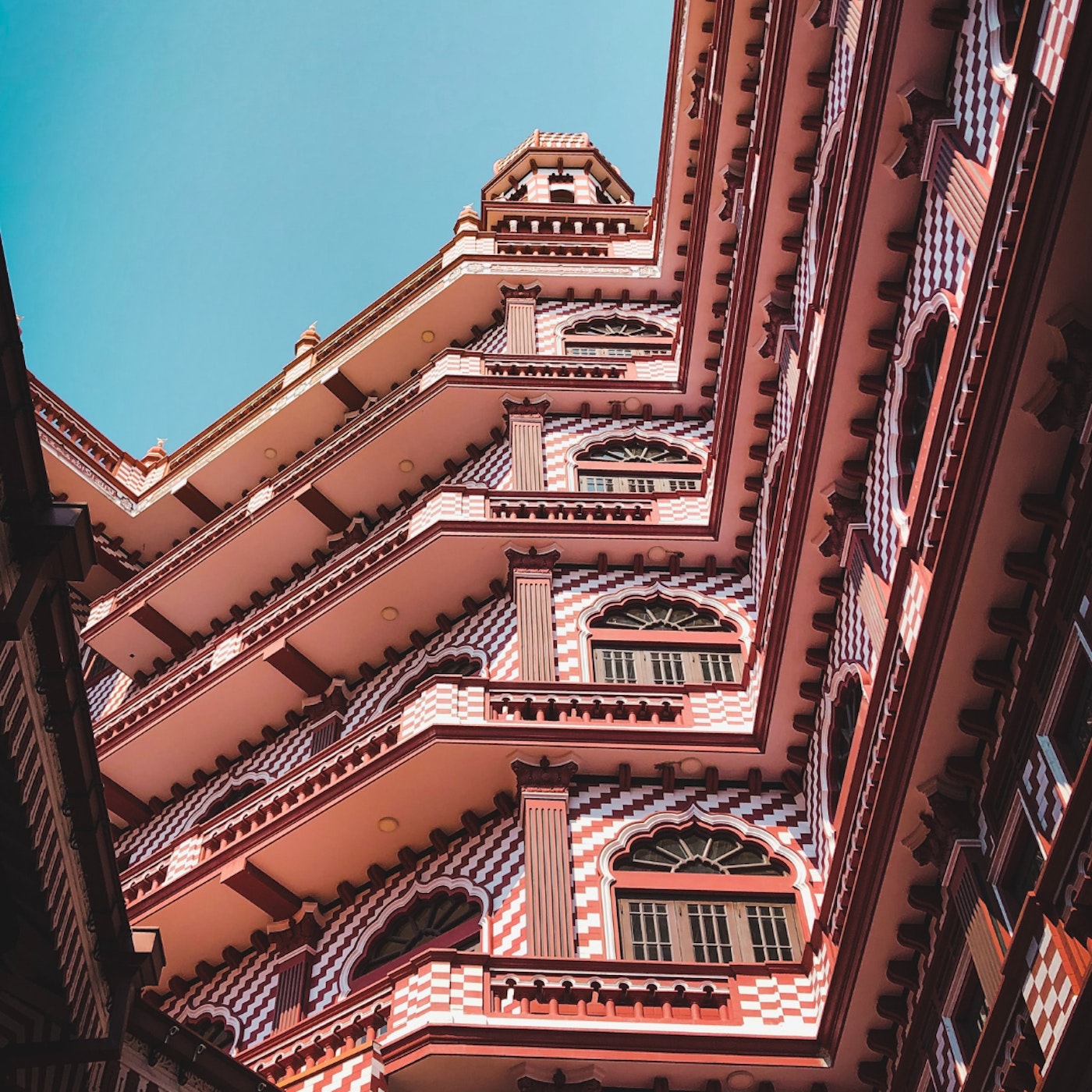 Today’s Mosque is from Sri Lanka // Jami Ul-Alfar Mosque / කොලඹ කොටුව රතු පල්ලිය / Colombo, Sri Lanka⁠⁠
⁠⁠
The Jami Ul-Alfar Mosque in Colombo, Sri Lanka, was built in 1908 and is one of the oldest mosques in Sri Lanka. ⁠⁠
⁠⁠
It was built by a man called Habibu Labbe Saibu Labbe. The style of architecture draws from a revivalist architectural style combining traditional Indo-Islamic architecture with more gothic and new-classical styles, popular in the West. ⁠⁠ 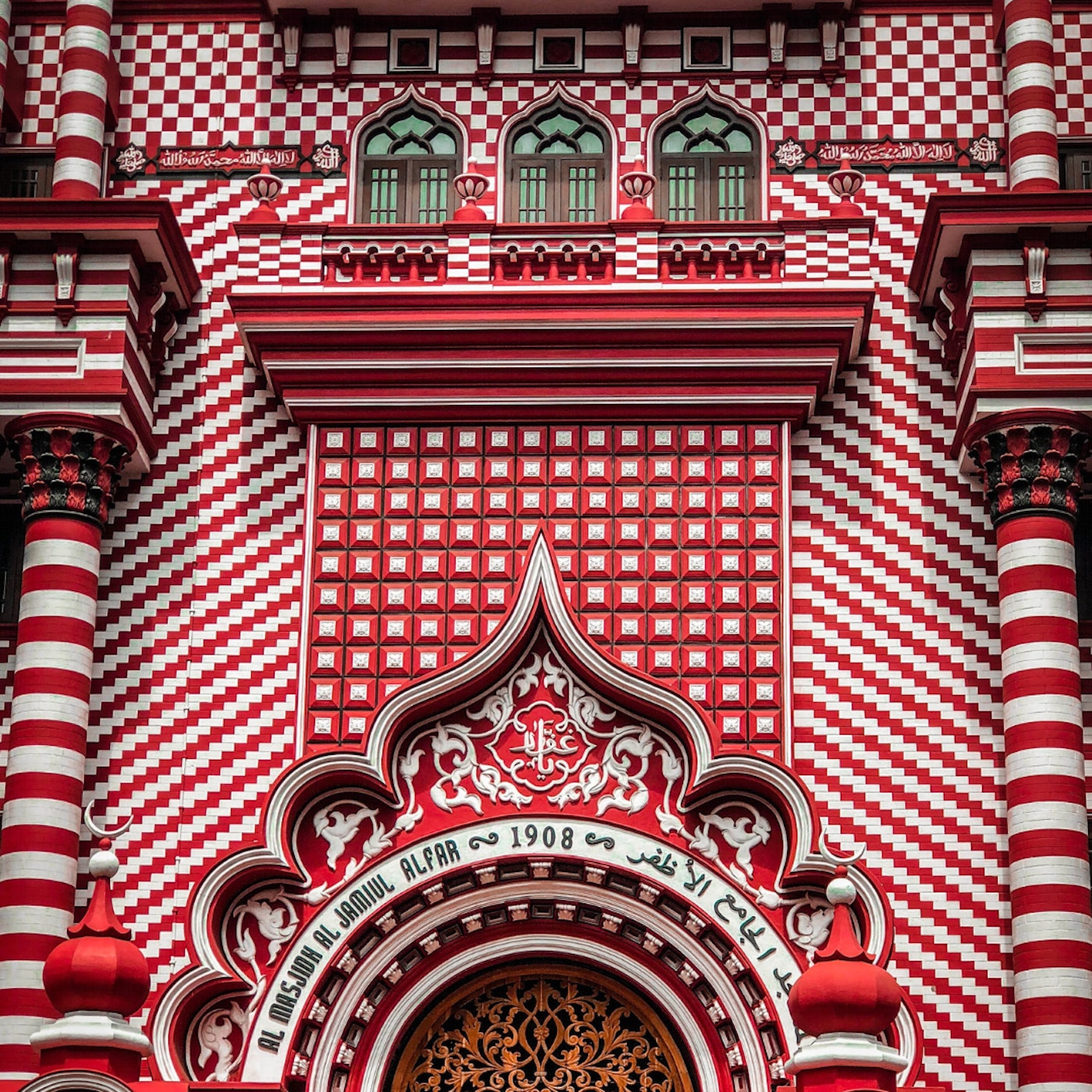 ⁠⁠
The domes were actually intended to be built in the shape of a pomegranate rather than the usual ‘onion shape’ of traditional mosques, with the patterns and colours reflecting this further. Due to these distinctive features and tall minarets, it can be viewed from almost anywhere in the city. It’s also been said to be a landmark for approaching sailors towards the shores of the island. ⁠⁠
⁠⁠
-⁠⁠
Image 1, 3, 4, 5, 6, \\ @v1rtualtravel⁠⁠
Image 2 \\ @tharindudes