Grief Lessons: You Will Have to Find Islam Even if You’re Born a Muslim 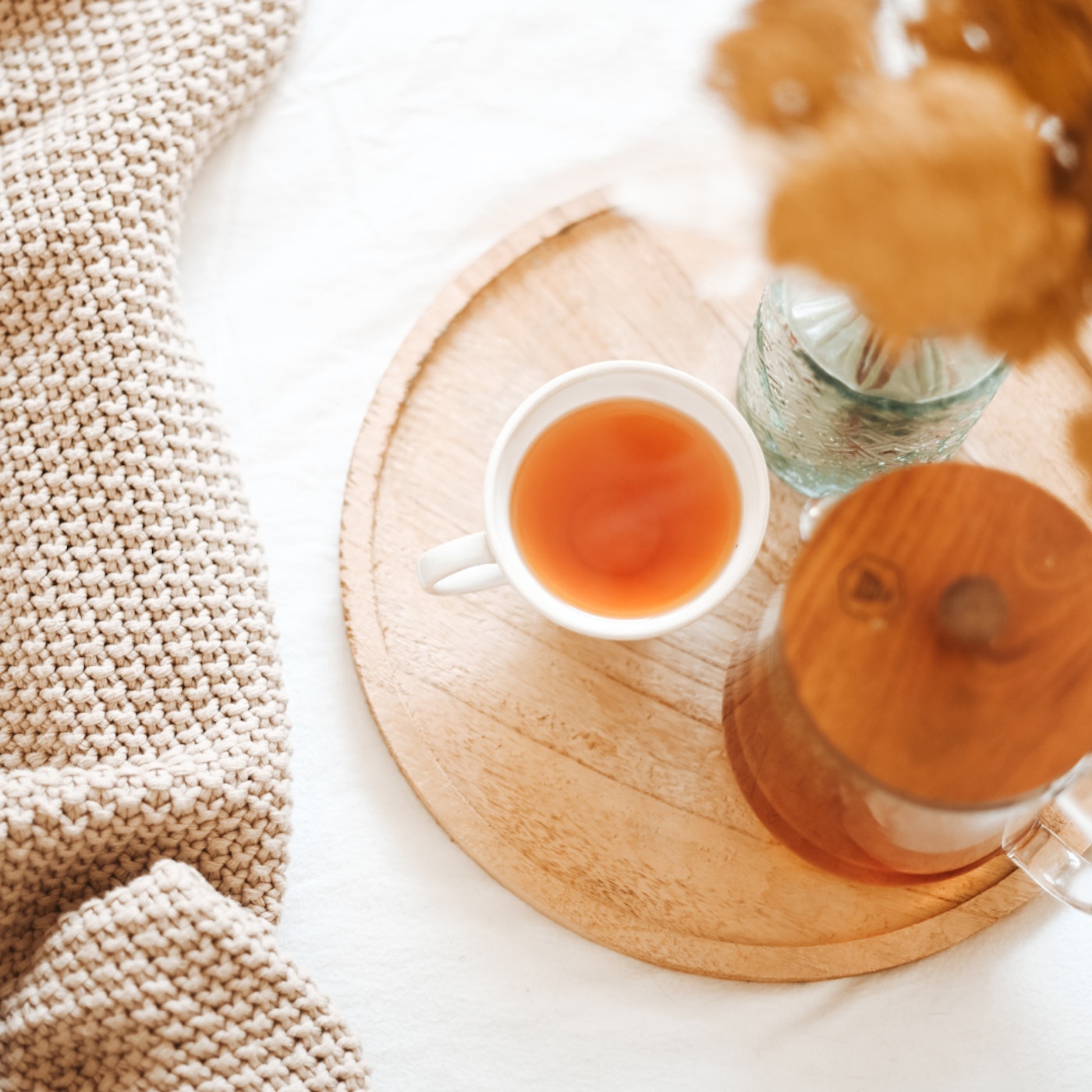 Trigger Warning: This article, or pages it links to, discusses abortions and contains details about abortion procedures as well as references to child grooming, blood and abuse that may be triggering to some readers.

If you have been affected by the content of this article, please consult a mental health professional.

My Late Sister Brought Me Closer to my Deen and My Deen Taught Me to Take Care of My Mental Health.

My late sister was born on the 20th of February 1996 and she left this earth on the 23rd of December 2010 at the young age of 14. My late sister was also severely disabled. My mum said that her ‘brain didn’t develop’ when my mum was carrying her. The doctor and nurses stereotyped and questioned my parents and thought my mum and dad were first cousins, they’re not. It was a test Allah SWT put upon our family, but my sister never felt like a test, she was just my sister.

Some even said that my mum or dad must of ‘sinned so badly’ that Allah SWT was punishing them, but to me she never felt like a punishment, she was just my baby sister.

As a family we knew she wasn’t well, she was forever in and out of hospital (it became a bit of a running tally on how often she’d be sent to A&E) but we just got on with life. We went through the highs and lows of my sister’s health and just dealt with it. With my sister, and I guess we feel like this with our loved ones in general, is that they will be here forever.

Even though my sister was so unwell, she couldn’t talk or walk, I guess we just assumed she’d be here forever.

My dad went to Hajj at the near end of 2010 and a couple of days later my sister became severely ill. It wasn’t like before, something about that day felt ‘off’. The GP came to the house and said she needed to be blue lighted to the hospital as soon as possible. My mum came into my room and said, ‘Rezina won’t come home, they’re taking her to the hospital now but I know she won’t be coming home’. Its mother’s instinct isn’t it? I’m sure many mothers have that maternal instinct when their child is sick. My mum had that with my sister, she was always fighting with GPs, specialists, doctors, whoever would listen that my sister wasn’t making eye contact with her when she would breastfeed her. Many didn’t believe my mum till Rezina had her first seizure. She was so little. She was maybe just shy of 6 months. I remember them sticking the biggest needle in her to make it stop.

Within ten days, her body slowly started to shut down and Alhumdulilah, she died in my parents arms at Fajr time. She left this earth with the two people who cared for her the most.

When I found out my sister had passed, I went into ‘Parent Mode’ I guess. I made my brother breakfast and sat him down to tell him the news. He was only 11 at the time. I got to the hospital with my uncle and aunt and began to call family and friends. It was pretty early in the morning and everyone knew the moment they had picked up. I don’t know how, but a close uncle of ours planned it all, the washing of her body, the Janazah, her burial, everything. It was two days before Christmas and my mum panicked that my late sisters’ body would be in a freezer till the New Year.

By Zuhr, my sisters’ body had been washed by my mum and I and her Janazah had been done and by Asr. She was buried at Gardens of Peace. After this, I had busied myself with people coming around, making tea, receiving food.

Eventually this stopped. People stopped coming over, hardly anyone was calling and there laid her empty room on the ground floor.

Every year after that till 2017, I struggled with my late sisters’ death; she’s no longer here and the house was vacant without her, yet I still heard her contagious giggles echoing throughout the house.

I met one of the lovely sisters from MBSS at a charity event that I cannot recount. They were looking for sisters to work as ‘voluntary befrienders’ for Muslim women who had lost a child (this has now widened to other members, especially after the influx of people since the first Covid hit). I had lost all faith in Islam, in my head the wrong person left this earth and it should have been me. Rezina didn’t harm a fly but I had, so why had Allah SWT taken her from me? Taken her from my family who whole life revolved around Rezina?

For whatever reason, I decided to join MBSS as a Befriender. All I wanted to know why wasn’t I taken but my sister was? I never got that answer. If anything, MBBS taught me so much more. I learnt about Islam and death, mental health and prayer and that making Duaa, talking to Allah SWT can help. MBSS taught me that it was written for Rezina to leave this earth, but she is no longer in any pain. That my sister was a blessing from Allah SWT, yes she was a test, but also a blessing to me and my family.

We turned my late sisters’ room into a prayer room now and it is a piece of advice I give to many people grieving a loved one. It truly is a room of peace and sanctuary; my bedroom doesn’t feel the same to pray in since getting married!

MBSS has helped me tremendously with getting closer to my Deen; my mental health has always been up and down but I could always count on the sisters at MBSS with words of wisdom. Even the Imams who work for the cemetery and are on call to do a Janazah speak so strongly about mental health, that there is a fine line with someone going through something mentally and someone potentially being ‘possessed’.

Funnily enough, Gardens of Peace is where MBSS reside where workshops or face to face sessions take place, as well as debriefs with the other volunteers amongst other burial sites. I feel like through the death of Rezina, I found my faith in Islam and in turn understand my mental health too. Growing up, mental health was quite taboo, and I would still say it still is to some extent.

Yes, Islam has many Duaas, Ayahs from the Qur’aan, Hadiths about praying and supplications but it is ok to seek medical help. We are in a generation now where mental health is openly spoken about a bit more but never forget to reach out to those you think could be struggling.

During my training for MBSS, I remember one of the sisters spoke of her experience on suicide; she worked at a school and one of the young students lost her sister to suicide. Kids being kids, she was tormented and was told that her late sister would go to Hell and Allah SWT condemns suicide. This sister explained to this young, grieving girl that her sister was not in the right frame of mind mentally. That Allah SWT would forgive her because her mental health wasn’t at its best. This story has stayed with me, it had given me hope during my darkest of times and that behind every delay, there is Khayr. MBSS has helped me reach out to Imams (albeit males) for support, even my husband has reached out to speak to him from time to time for advice.

At the end of the day, we are all on our own journey with our Deen and we should have the tools to ask those uncomfortable questions, because we are all learning and forever growing in ourselves, in our Deen and becoming closer to our Lord.

Every stage of life is mentioned in Islam and how you should be during those phases, you will have to find Islam even if you’re born a Muslim. Get to know yourself and learn about Islam, the way we were taught about Deen is a lot more complex than what your Mosque teacher or relatives taught you! What I know now, I didn’t know ten/ fifteen years ago. Just as my late sister’s death was written, Allah SWT wrote that I will not only properly get to grieve Rezina, but Allah SWT also bought me closer to Him though MBSS, Alhumdulillah.

Selina is a British Asian writer with a huge passion for mental health & the stigma around it within the South Asian community. This is her first post after taking some time out from writing to focus on ‘adulting and owning a house’! IG: @SelinaxKhan