by Safia Lamrani in Lifestyle on 12th October, 2022 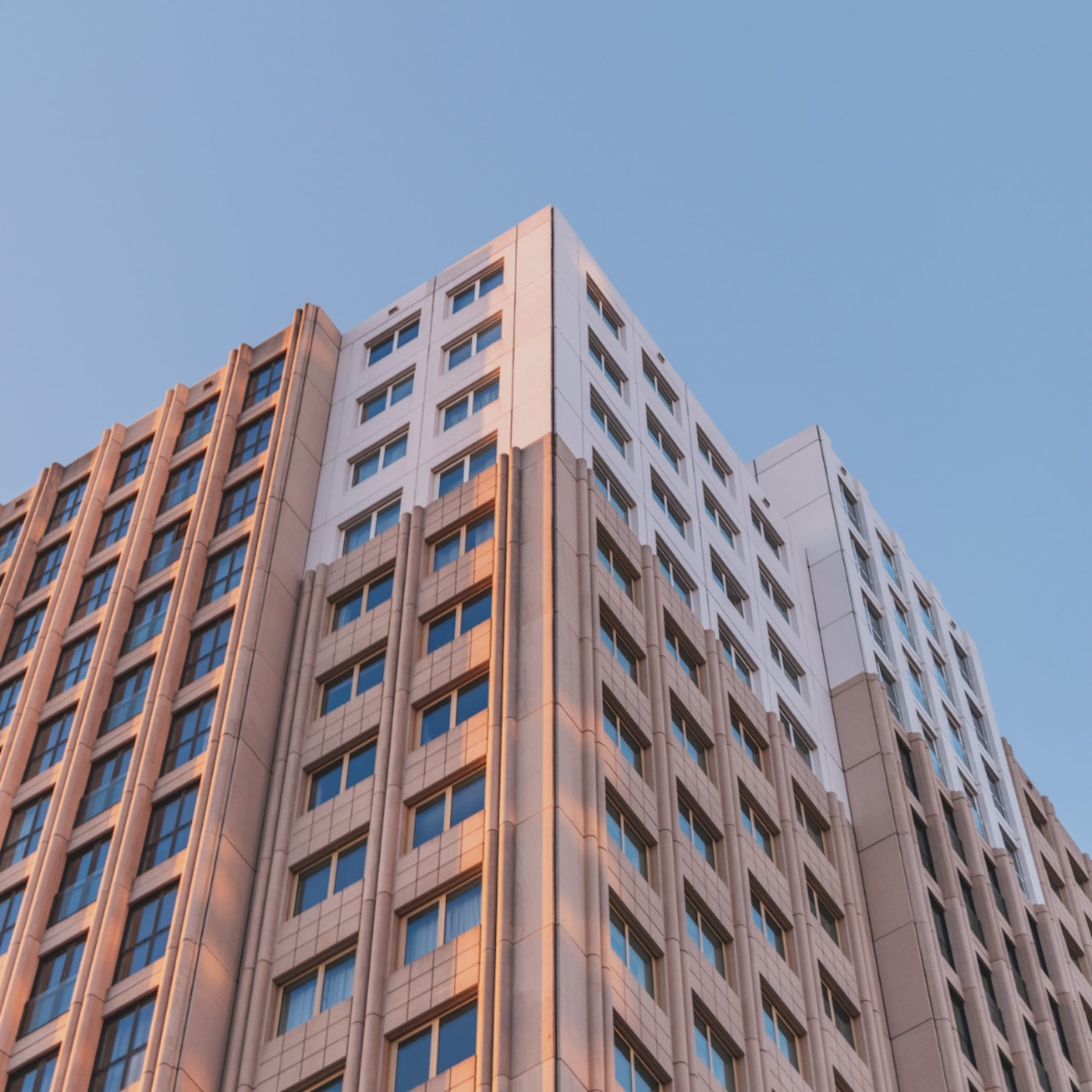 Moving homes can be incredibly overwhelming, especially when doing it alone. Not only is there the logistical stress and turmoil of finding somewhere new, but also the emotional labour of leaving something behind. This year I had to move out of my small but comfy flat in London with my close friend and venture into the big wide world of…Spareroom. Unless you know someone who knows someone who just so happens to have an extra bedroom, finding a house/flat share often means living with total strangers. This is a daunting prospect, and if not careful, it can also lead to uncomfortable living situations. This experience was intense, and after speaking with other Muslim women, I found I was not alone in some of my struggles, concerns, and the advice I’d now give to those navigating the same process.

The most common challenges we shared were: who you will be sharing with, having to quickly assess compatibility with strangers, and the overall cleanliness of the house.

When I was searching I wanted to live with just women, a common preference amongst the Muslim women I spoke to. However it wasn’t always easy to find, especially if you don’t have time on your side. I spoke with Amira Al Shanti who experienced the same issue after first moving to Glasgow:

“The most challenging thing I found was living with guys, because not all houseshares are just girls. When I first moved, I ended up living with a guy for a few months because everywhere was taken by someone else. My dad was so upset about it and I didn’t feel that comfortable either”.

Whilst the individual guy might be lovely, it is not about the individual. Sharing with just women can provide a feeling of safety, comfort, and also the freedom to dress and act as you like at home. However, this does not speak for everyone. Another woman I spoke to specifically wanted a flatshare in a mixed gendered house, preferring the atmosphere of a balanced home. Everyone is different, however if this is a deal breaker for you, know that you’re not alone. There are a few Facebook groups I found, dedicated to women looking for houses such as ‘Bossy Housing’ and ‘gals who rent’ which I found more helpful than Spareroom when wanting to filter houses.

I knew I’d be living with strangers, so sharing a faith and set of beliefs seemed like a great place to start. Of the six women I spoke to for this article, only one had also found other Muslim women looking for a houseshare at the same time. When I first started searching, I came across a house with two other Muslim women and my heart lept – I assumed this would be perfect. I booked a viewing straight away without looking at much else. The two women I met were lovely, and the house was great. During the viewing we ended up sitting and chatting like friends, talking about identity, faith, work – it felt like such a safe and warm environment. Unfortunately, in my haste I hadn’t factored in the geographical distance this house was from my work, and as much as I wanted it to work out, it couldn’t. That was a hard decision to make but unfortunately it wasn’t meant to be and looking for a spare room comes with a lot of parts to juggle.

One group I didn’t know about when looking, which someone recently shared with me, is the Facebook group ‘London Female Muslim Accommodation Network’ – a group exclusively for Muslim women to find rentable accomodation and shared spaces together.

Being of the same faith is not the only common ground I tried to apply as a sort of filter when searching. I also ended up joining a few Whatsapp groups for creatives looking for housing, looking up others in London Facebook pages, and sharing Instagram stories with friends.

When asking: ‘What was the most important thing for you when looking for a house share’, after who you’d be living with, the next top answer was how clean the house is.

It can be hard to find others compatible with your cleaning preferences. Therefore, whilst some things can be compromised on, for those who are clean and like to live in a space that reflects this, this is non-negotiable. One woman shared her struggles with a flatmate whose washing up entailed “dipping plates in and out of running water” meaning she would often find dishes with bits of food on them in the cupboard. So how can you establish this before moving in? I found that the state of the house on a viewing was usually a good indicator; if they hadn’t cleaned up for a viewing it’s unlikely to change when living there.

Yasmine, a fellow Muslim creative, said her advice would be to “ask upfront about a cleaning rota. Do they have one, how often is it, and who is actually doing it?”. Some properties I saw actually split the cost of hiring a professional cleaner once a week or every fortnight, so figure out what is best for you and communicate that.

When going to view rooms, I hated going alone. Often my viewings would be in the evening, and the last thing I felt like doing was travelling to someone’s flat, who I had only met online via messaging. This is such a normalised part of the process, however,  it can be quite dangerous. We are always taught: be careful of strangers, don’t meet anyone online unless in a public place – yet with house viewings those rules are thrown out the window. So, I always took a friend with me to my viewings. Not only did this make me feel safer, but also having someone there was an emotional help with quite an intimidating situation.

One friend mentioned that she took someone with her to ask the questions she didn’t want to!

The ones online, lie. The room isn’t as big as the wide angle lens and doesn’t live up to the tidy filtered image seen in the ad. Now, if like me you’re going to be viewing a lot of rooms, the biggest advice I can give is to take your own photos and videos. Otherwise, the rooms begin to blur into one and it becomes easy to forget – suddenly you have no clear image of which flat has which bathroom etc. A woman I spoke with said she always asked to video the tour, that way she remembers the house and also her initial feelings towards it, as well as anything that was said which might come up again later.

For me, the hardest part was accepting that on my budget, I couldn’t get everything I was looking for. It helped me to list everything I wanted, but in a traffic light system. The reds were things that were absolute deal breakers (like not sharing a room, being within a tube station, and living with women), amber: things I’d like but could compromise on (a modern kitchen, a living room) and green were things I’d like but can be happy without (a garden). This helped me assess my priorities, know what was most important to me, and help me feel prepared and know what to look for when viewing.

Advice to those now looking

When meeting potential new housemates, I had an urge to say what I thought they’d want to hear without it necessarily being true: “Sure, I love house parties!”, “Yes smoking inside is fine with me!”, “No, I never work from home”  because I wanted to be agreeable. However, this isn’t helpful for you or them because ultimately this could lead you into a living situation that is not enjoyable for anyone involved.

One woman described how this could be tricky in even setting up viewings because “I’m looking for a place where there’s no partying. I don’t drink alcohol and a lot of the adverts said ‘we want a person who’s in for a cocktail or drinks at home or pubs’, so that was against me looking for a place, that was a challenge.” She ended up not finding a room this time and so had to move out of London.

Chatting to another friend who also found this a challenge, she said she was clear about “not wanting a big party house” and found it challenging to bring that up when first viewing a place out of not wanting to seem ‘boring’ or ‘uptight’. Furthermore, some Muslims feel uncomfortable with having alcohol in the house. Not wanting a house that goes out late and hosts late night parties is a very common feeling and there are certainly people out there who share this view, therefore don’t feel nervous to be upfront about this, it might just require a bit more looking and searching.

This advice is echoed by Amira who says

“be upfront and honest about what you want, whilst being respectful. If the world is your oyster then don’t settle for anything. But in this current climate you might have to compromise sometimes, so that’s why it’s important to prioritise.”

It is certainly best to be open and honest about your living style, that way you can find people you are compatible with. Even if it takes a bit longer to do so, it will certainly be worth it.

Finding a new room feels like everything happens so quickly, and often it does. Sometimes I’d view a room and the landlord would tell me I had a couple hours to make a choice – how could I? I’d want to sleep on it, mull it over, but currently given how quick things are moving, you often don’t have the luxury to. That’s why firstly, having a clear idea of what you want (as mentioned above) helps so much, then you know exactly what is and isn’t for you. Secondly, don’t panic and rush yourself into a situation you may not be happy with. Something will come along that is right, especially if you are researching and going to viewings. You will find something and you can remind yourself it doesn’t have to be forever.

Safia Lamrani is a British / Moroccan actor and writer based in London. Her work often explores her mixed race identity and the cultural nuances that come with that. Safia has a BA in English Literature and MA in Acting. Safia is the co-founder of Pistachio Theatre company, performs spoken word and has recently written for Dardishi, Morocco World News, Foyer Magazine. IG @safia_lamrani and www.safialamrani.com

10 Tips for Travelling Abroad as a Single Parent