Young Muslims, Islamophobia, and the ‘Broken Promise’ of Social Mobility

by Afia Ahmed Chaudhry in Identity on 19th December, 2018 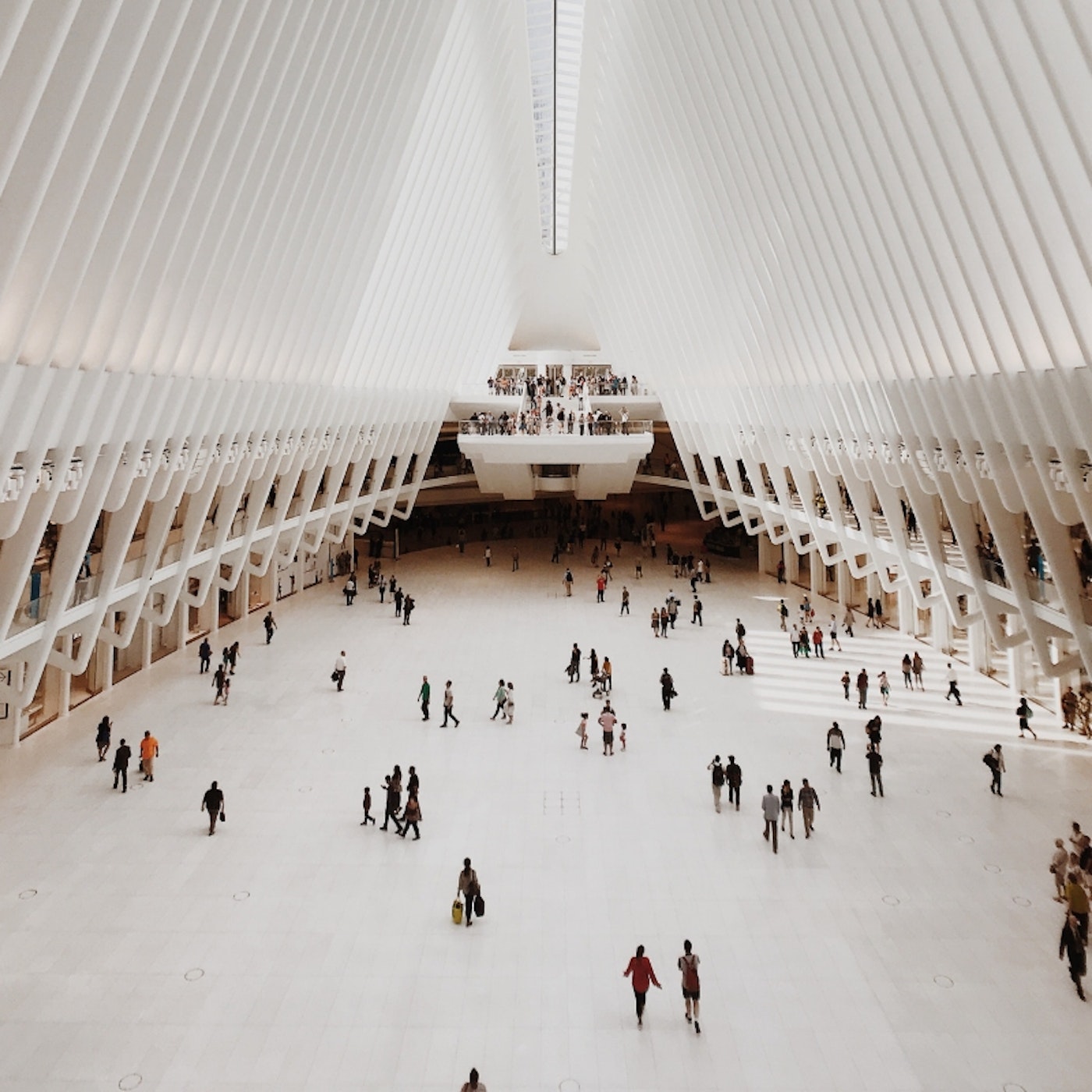 “The British social mobility promise is that hard work will be rewarded. Unfortunately, for many young Muslims in Britain today this promise is being broken.” – Alan Milburn

A recent report published by the Social Mobility Commission with Sheffield Hallam University has found a disturbing reality facing Muslims in the UK. The report revealed that Young Muslims face an enormous social mobility challenge, with ‘only 6% of Muslims in ‘higher managerial, administrative and professional occupations, compared to 10% of the overall population’. Whilst the report does focus on the Muslim community at large, there has been an emphasis on the South Asian community in particular, with the performance of Pakistani and Bangladeshi students being brought to the forefront. The report identified the reasons behind these troubling findings as discrimination in both education and the labour market, Islamophobia, and lack of cultural awareness, with Muslim women facing the brunt of discernment.

What would initially be called into question would be the educational attainment of young Muslims and their subsequent progression (or lack thereof) in the labour market. Yet Professor Jacqueline Stevenson, Head of Research at the Sheffield Institute of Education, disproved the idea that perhaps young Muslim’s are not performing through fault of their own, and instead highlighted the performance of ethnic minorities and brought forward a multitude of questions that she later went on to answer.

“Muslims are being excluded, discriminated against or failed at all stages of their transition from education to employment. Taken together, these contributory factors have profound implications for social mobility…Those from Pakistani and Bangladeshi backgrounds are more likely than other ethnic, or non-Muslim, groups to succeed in education and go on to university, and they are not the only Muslims who do well at school.

So why does early educational success not translate into good labour market outcomes for young Muslims? And why do many young Muslims fail to experience the promise of social mobility held up by successive UK governments?”

The research published on the 7th of September was built on a previous report conducted by the commission which revealed that though children of Pakistani and Bangladeshi origin were performing better than before, with Bangladeshi’s consistently outperforming other ethnic groups, they were still less likely to secure professional or managerial positions. This research had an aim of identifying the causes behind this discrepancy, and did so through in-depth focus groups and statistical analysis.

The report produced many troubling findings, namely that Muslims experience the greatest economic disadvantages of any faith group in UK society.

The following is an excerpt on the statistics taken directly from the report findings;

In December 2016, a report published by LKMco, an education and youth ‘think and action-tank’, revealed similar findings which spoke of ‘a broken mobility promise for Asian Muslims,’ and in that more so women. The report elucidated that though young people of Bangladeshi and Pakistani backgrounds were more likely to succeed in education than before and go on to university, there was still a discrepancy in labour market returns. Unemployment was seen to be high amongst Bangladeshi women, and both Pakistani men and women who were unlikely to secure managerial or professional occupations.

A few statistical findings from the report presented the following;

According to an article published in the Curriculum Journal, the low attainment of Muslim students is down to a range of factors, including but not limited to; “over-crowded housing, absence of parental English language skills in some Muslim communities, low levels of parental engagement with mainstream schools, low teacher expectations, racism, and anti-Muslim prejudice.”

“Young Muslims themselves identify cultural barriers in their communities and discrimination in the education system and labour market as some of the principal obstacles that stand in their way. Young Muslim women face a specific challenge to maintain their identity while seeking to succeed in modern Britain.”

The report identified a range of causes behind this broken reality, which include but are not limited to;

The report ended with tips on how to move forward as a community which encompassed a range of practical steps.

1. Mentoring and other support programmes for young (school aged) Muslims should be established to include sessions or provision for parents to ensure they are provided with support and information about post-16 choices.

2. The Department for Education should put in place a careers strategy that promotes informed and inclusive choices by pupils, free from stereotypical assumptions. These should be piloted in areas with high rates of unemployment for people from Muslim communities and include routes for involving parents in understanding these choices.

3. Teacher training should include sophisticated and practical diversity training with a focus on religious diversity.

Speaking directly to Bart Shaw, an associate at LKMco, the following was said in light of the report and in how to move forward, perfectly summing up the best steps in helping young Muslims progress;

“LKMco welcome this important new research from Sheffield Hallam University which adds another layer of analysis to the growing body of evidence that educational attainment is not always a guarantee of opportunity in the workplace, as we set out in our “Ethnicity, Gender and Social Mobility” published in December 2016. Whilst we found that young British Muslim pupils’ increased achievement at school was not translating to better outcomes in the workplace, this latest report sheds light on the experiences of young British Muslims after they leave school.

This report echoes existing literature which suggests that a combination of discrimination, local economic geographies and cultural preferences reduce opportunities for young Muslims, with girls in particular facing disadvantage. The report adds an extra layer of fascinating insight into the multifaceted nature of the discrimination facing this group of young people, and the coping strategies they employ in response.

Whilst employers must face their responsibilities to end discrimination in the workplace, there is also work to be done in schools and universities to prepare young British Muslim girls in particular for the challenges they are likely to face in the workplace, as well as continuing to support their educational attainment. The best schools work with families to steer young British Muslims towards a broad range of qualifications and careers, and provide support to help young Muslims challenge discrimination later in life.”

Shaw aptly highlights how the report revealed the experience of young Muslims in the workplace as opposed to mere outcomes, and has identified steps that the wider community can take in eradicating these barriers.

For many, having faced discrimination and systemic racism throughout their educational career and subsequent working positions, this report comes as no surprise. The fact that certain ethnic groups have surpassed the expectations placed on them in education, yet are still hindered in the labour market because of their gender, race and religion, stands as a stark symbol of societal imbalance that needs imminent addressal. After acknowledging the grave reality of this report, it would fall on the entire British community at large to work together in ensuring that all young people are given the same level playing field irrespective of their socio-economic backgrounds, and are not impeded on their respective journeys to success. As a community we should strive to ensure that education is made accessible to the masses; we should act as role models and mentors for the youth who are currently going through the system; we should work to lobby both the education sector and labour market in dismantling any form of prejudice in their selection process; we should present various forms of entry into the labour market, be that apprenticeships, training programmes, or graduate schemes to young people; we should endeavour to bring this discussion to state level through utilising all platforms available to us; and above all, we should ensure that we do not let the next generation down by allowing them to remain a statistic.

Afia Ahmed Chaudhry is a historian, writer. Her interests span social mobility, British Muslims, educational theory, pedagogy and curriculum development. She was recently published in the best-selling anthology It's Not About The Burqa, and has written extensively on British Muslims, Education, and ideology for an equitable society. She completed her undergraduate at SOAS, University of London, and later went on to study at King's College London and the UCL's Institute of Education. She is currently completing her DPhil in Education at the University of Oxford.