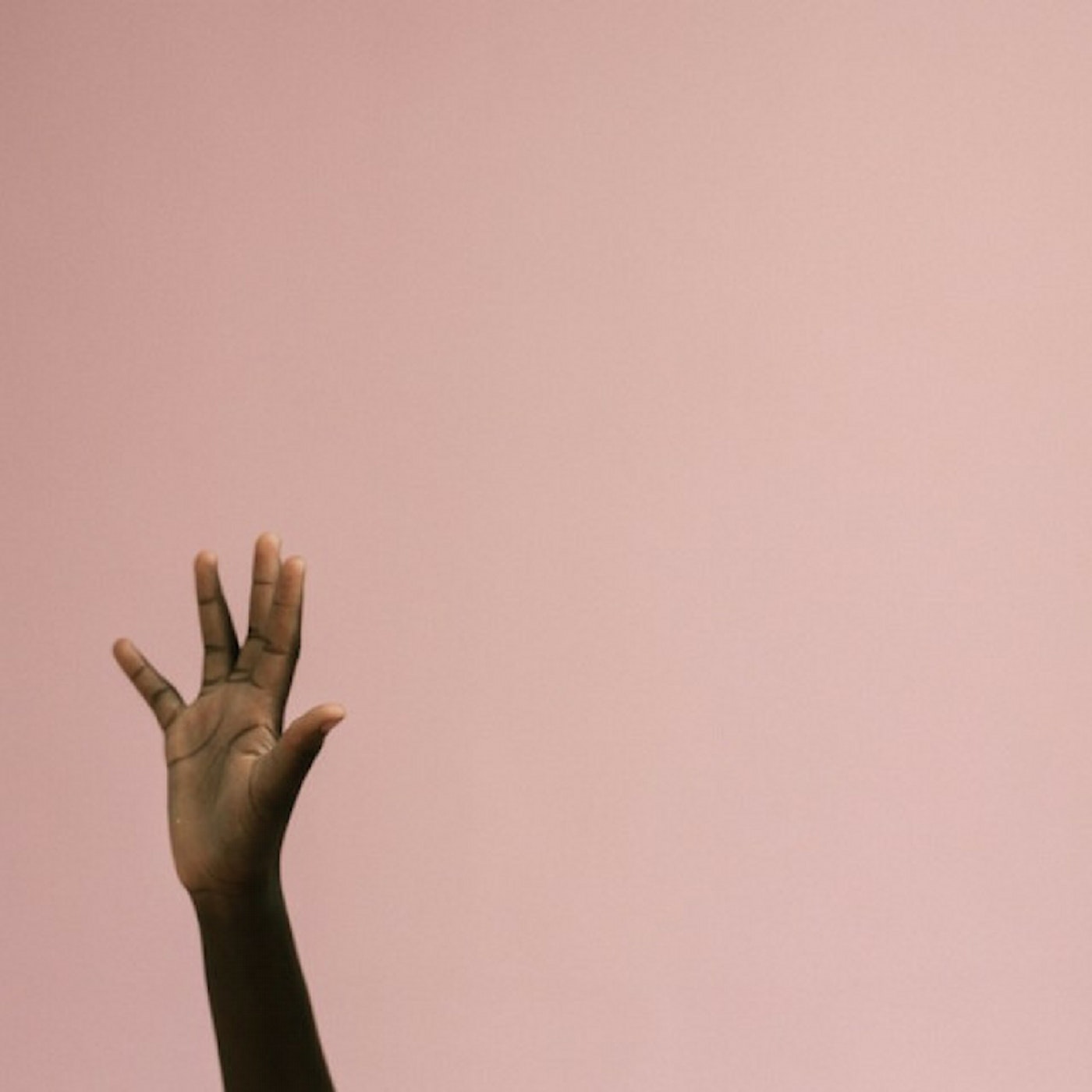 It wasn’t until I was in my final year of university that I noticed an increase in events and discussions being organized, mainly by Somali societies and BME networks, on the topic of “anti-blackness in the Muslim community”. These discussions were bringing to light issues that were habitually brushed under the carpet in our communities and indeed in our ISOCs (Islamic Society). The scope of discussion at these events was extensive in that it explored various aspects and manifestations of anti-blackness, including structural forms that are often overshadowed by Muslims discussing the topic of marriage proposal rejections and race. It incorporated and focused on the role ISOCs and Islamic charities in the UK play in the systematic neglect of injustices and humanitarian disasters in black Muslim countries.

Being the Vice head sister of the ISOC that year, and a black Muslim, I brought this up with the ISOC president and committee so that we could work towards making the ISOC more inclusive. Though the committee is no monolith, and doesn’t represent the attitudes of everyone within the ISOC or ISOCs at other universities, the response I received was disappointing to say the very least.

While a  range of issues were discussed, in my opinion they simply were not pressing enough. Although it would be nice to go to an ISOC social and see baariis or jollof rice served instead of biryani all the time, this isn’t the overarching issue.

The fact that black Muslims feel uncomfortable or unwelcome at the ISOC has less to do with the Asian appearance of the ISOC and has more to do with ISOC activism excluding black issues.

It was really then that I could see why most black Muslims don’t grow a real attachment to the ISOC the same way non-black Muslims do and why black Muslims preferred societies like the Somali society, Afro-Caribbean society and the BME network. For Black Muslims addressing anti-blackness is simply a matter of urgency.  Suffering and humanitarian disasters in Black Muslim countries are systematically neglected. Black Muslims won’t join a society that implicitly tells them to leave their activism for Black Muslim issues at the door.

But the aim of ISOCs isn’t to get involved with activism?

Clearly this isn’t true. The aim of the ISOC is to provide Muslims with an Islamic environment where Muslims can develop personally and spiritually. It provides Muslim students with a space where they can work towards enacting Islamic principles – including that of speaking out and acting against injustice.

“Whoever of you sees an injustice, let him change it with his hand;

And if he is unable to do so, then let him change it with his tongue;

And if he is not able to do so, then let him hate the injustice with his heart – and that is the weakest level of faith”

We have seen activism countless times within the ISOC, whether it is standing in support for BDS or lobbying unions to support the intake of Syrian refugees as students. We need to ensure activism doesn’t end here. We need to ensure we see the same passion for Black Lives Matter and issues of injustice in African countries.

The largest event of activism seen in ISOCs is undoubtedly charity week. Each year, ISOCs across the UK partake in charity week, an international student-led initiative that raises money for orphans and needy children worldwide. It really is an initiative that aims to showcase Islamic principles of unity and compassion. I saw Muslims on campus from all backgrounds being engaged. Last year, students globally managed to raise over One million pounds together.

When we look at the state of the global Muslim ummah today, we see Muslim lands rife with conflict, injustices and imperialism. We know that unfortunately one million pounds won’t even get close to reaching all those who need it within our ummah. However, it is undeniable that we see a hierarchy of importance placed to Muslim suffering in different parts of the world. We continue to see black causes pushed to the bottom of the priority pile and Middle Eastern causes prioritized, as if there is more righteousness in helping those causes by virtue of their ethnicity.

But how do you know this?

Where are your statistics?

I see Islamic charities raising money for African countries all the time?

Let’s look at the role large Islamic charities like human appeal and Islamic relief play in perpetuating this insidious form of anti-blackness.

Below, a graph displays where this money went by region: 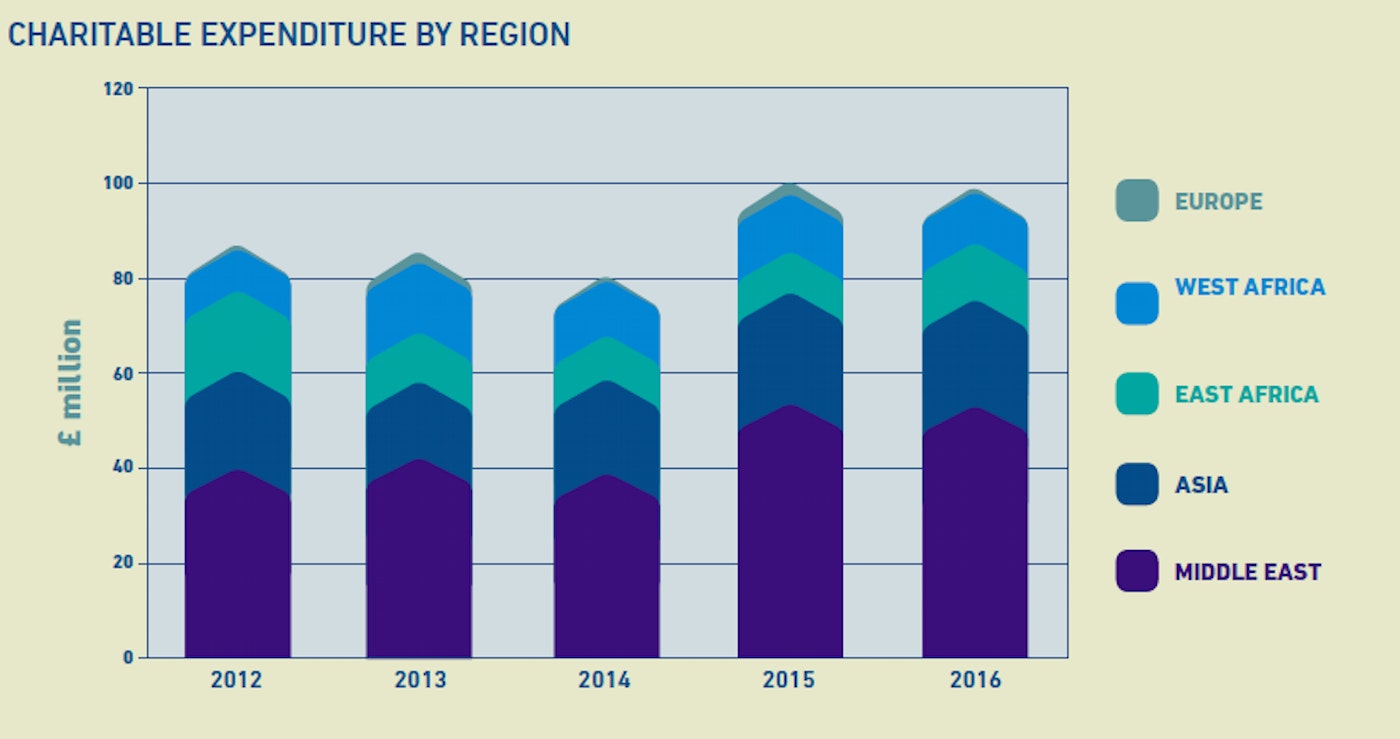 Muslims who have pointed out the issue of anti-blackness in charity have been dismissed for making “baseless” claims, however the statistics across the board say otherwise.

This visual representation of the inequality in our community really cannot be defended. The graph speaks for itself, but let me provide some context:

The Middle Eastern community make up just 15% of the Muslim population, yet received over 50% of the expenditure in 2016. They are significantly overrepresented in charity, which means the rest of the ummah, namely the African community are heavily underrepresented. This has real-life consequences for those living in sub-Saharan Africa.

In Islamic relief’s financial report they offered the following statement:

“ As the catastrophic events in Syria and Yemen continues unabated, the middle east remained a focus, drawing 53.5 per cent of total charitable expenditure”

Muslims who insist that there isn’t an issue with anti-blackness in charity argue that Middle eastern causes consistently remain the focus simply because they are more in need of funds. These kinds of statements really do nothing but further demonstrate the ignorance and obliviousness towards the suffering in Africa and Asia.

In 2016, the largest humanitarian crisis was not in Syria, but was in Nigeria, Sudan, Somalia and Yemen with the current crisis of drought, famine and cholera outbreaks with more than 20 million people affected. So why has Africa not become a focus? Why has Yemen been singled out in the above statement but the black African countries suffering the same crisis ignored?

The urgency, the hurt and outrage Muslims feel for black Muslim countries suffering is pale in comparison to the response we saw for Syria. The irony really isn’t lost on me when Muslims criticize the double standard when it comes to the selective media outrage of terror victims that are western, and terror victims that are Muslim – all whilst ignoring the double standard within our own community.

You can’t ask “why are we Paris but not Aleppo” if you don’t ask yourself why we act against injustices in Palestine and Syria, but not in Black Muslim countries.

Bringing it back to my ISOC, I was disappointed by how responsibility to this particular issue was evaded. It is simply not good enough to avoid blame and responsibility by pointing out its external charities that pick the projects. Being complicit makes you just as much part of the problem.

There is a clear lack of black representation on ISOC committees and charity boards. It is why we don’t usually see these issues discussed within these spaces. That being said, the ISOC is what the students who join it make of it.

The ISOC doesn’t belong to any one group; it is there to serve all Muslims on campus.

The ISOC is here to create an Islamic environment on campus that cannot and will not overlook the un-Islamic attitudes of anti-blackness. The ISOC *has* the potential to be a student body that unifies Muslims.

I want to end with a hadith from the prophet Muhammad (PBUH) from his last sermon in which he addressed issues of arrogance, race and superiority. The fact that these themes were part of his last message to the ummah was by no means a coincidence. Muslims today instead of acknowledging how damaging attitudes of anti-blackness are within the ummah, instead accuse black Muslims of being divisive for raising the issue. It is time that we really reflect on the following excessively quoted hadith:

Suaada is a Human science graduate from UCL. She is currently based in Somalia working with the non-governmental organisation QSI. Interests include International development and public policy. Fun fact: I cycle everywhere I go.

ISOC Netball Team Creates and Promotes Inclusivity on the Court

Muslim Twitter Is Back, and Its Better Than EVER!