Making Your Wealth Work for You

by Umm Haneefah in Lifestyle on 31st January, 2018 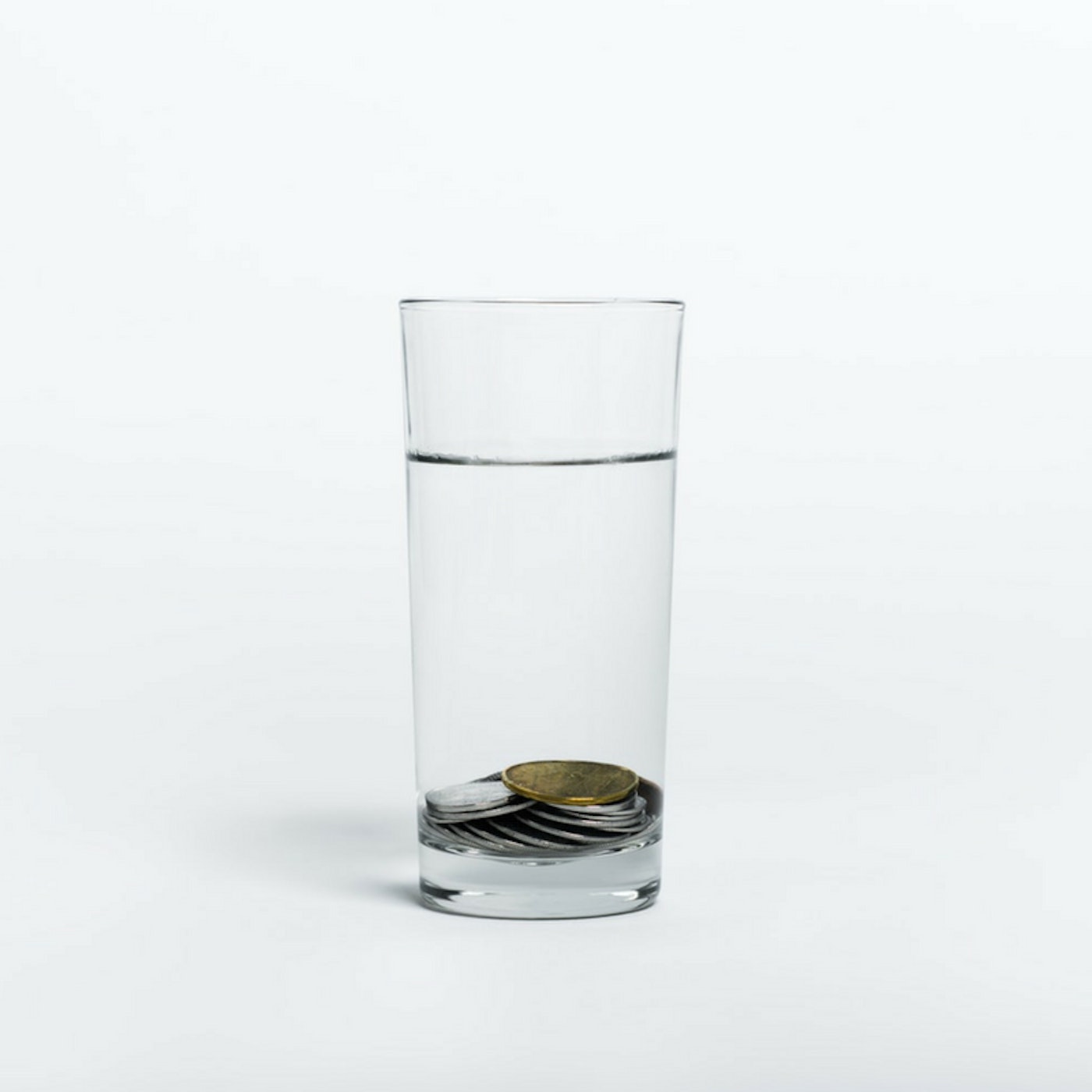 Wealth is a test, and the way we spend it could either spell our success or failure. It is a bargain transaction where what we get is far in excess of what we give. What are you still afraid of? Poverty? A decrease in wealth?

Umm Haneefah explores the obligatory charity, Zakat, as a means of attaining both spiritual and financial success.

Each of us spends such a large part of our life worrying about money. We work for it and hoard it, and it seems we can’t get enough of it. Allah (SWT) wants us to prosper in this world and in the Hereafter. Therefore, He (SWT) has given us the ability to acquire material success and the fulfilment that comes with it. However, an obsession with wealth can spell out failure in our next life if we’re not careful.

The Prophet (SAW) once sat on the pulpit and said, “The thing I am most afraid of for your sake is the worldly blessings which Allah will bring forth to you.”

A man from among the listeners was disturbed and asked, “Can the good bring forth evil?”, the Prophet (SAW) kept quiet for a long time and it was noticeable that he was being divinely inspired. He (SAW) said, “Good never brings forth evil. No doubt, this wealth is sweet and green. Blessed is the wealth of a Muslim from which he gives to the poor, the orphans and to the needy travellers. No doubt, whoever takes it illegally will be like the one who eats but is never satisfied and his wealth will be a witness against him on the Day of Resurrection” (Bukhari).

This hadith clearly sets the context for wealth in Islam. First, we are reminded that wealth comes from Allah and is not the result of our own gain. Second, we are cautioned that it is a test, from the way it is earned to the way it is spent. Third, as it is ultimately not ours, we are instructed to carry out the social responsibility of sharing it with others. Therein lies the potential to use wealth to attain spiritual bliss. This is Islam, the natural way that strikes the perfect balance between materialism and spirituality, and it is from the infinite mercy of Allah (SWT) that we have been enjoined to pay Zakat.

While a person may give as much charity as they desire in seeking nearness to Allah, Zakat is a specific form of charity predetermined by the Qur’an and the teachings of the Prophet Muhammad (SAW). Its rate, sources and application remain unchanged. It is calculated annually by the individual on his surplus wealth after basic needs have been satisfied. For the most part, it is two and a half per cent of this surplus wealth and merchandise, or ten per cent of agricultural produce.

Purification of the Body and Soul
The love of wealth is seen as a spiritual illness that can be an obstacle in gaining nearness to Allah.

“By no means shall you attain piety,” the Qur’an tells us,”unless you spend of that which you love” (Aal-Imran: 92).

In Zakat lies the antidote and cure that removes the illness that is the hurdle to gaining nearness to Allah. “Take Sadaqah (obligatory charity) from their wealth in order to sanctify them with it, and invoke Allah for them” (At-Tawbah: 103). Zakat purifies the human soul from the vices of selfishness, greed and lustfulness and it develops in us an attitude of generosity and selflessness. It is also a manifest demonstration of Qana’ (contentment) with Allah’s (SWT) provision, and a way of thanking Him.

For those whom Allah has blessed with wealth, it is a test. Zakat is the share of our wealth that does not belong to us but to those in need. Therefore, it has to be given willingly for the sake of Allah (SWT) and the heart must not be attached to the wealth meant for Zakat.

Rizq – Allah Will Provide for You in Ways You Cannot Comprehend

Self-Love as a Form of Worship

Purification of the Ummah
Zakat opposes the concept of individualism that is blind and deaf to the sufferings of the needy. Wealth is distributed to individuals who are clearly defined by the Qur’an as being of those in need. Thus the recipients are individuals, not groups. These restrictions bring some degree of economic equity into the community, restore peace and stability and encourage bonds of brotherhood, all the while protecting Zakat from being misused even at times when Muslims fall prey to corruption.

The profitable transaction
It is logical to assume that when you give something from your wealth it is reduced, but Allah promises increment, blessings, forgiveness of sins, mercy and above all Paradise.

“Wealth never decreases because of charity” (Muslim). It is a bargain transaction where what we get is far in excess of what we give.

What are you still afraid of? Poverty? A decrease in wealth? Allah warns and at the same time soothes our hearts by saying, “Shaytan threatens you with poverty … whereas Allah promises you Forgiveness from Himself and Bounty, and Allah is All-Sufficient for His creatures’ needs, the All-Knower” (Al Baqarah: 268). In fact, the most rewarding charity is the one paid while fearing poverty and hoping to be rich.

Let us act now
The Prophet (SAW) once asked his companions: “Which of you loves the wealth of his heir more than his own wealth?” The companions (RA) replied, “There is none of us but (that he) loves his own wealth more.” He (SAW) said, “His wealth is that which he has sent forward, but that which he retains belongs to his heir” (Hadith, Bukhari).

Nothing is ours except what we have invested in the Hereafter! The rest will be claimed by our heirs.

If you have not already established your annual date of paying Zakat, there is no better time than in the blessed month of Ramadhan which will be with us in a few months! Most people do not intentionally withhold giving Zakat, but they can procrastinate and end up missing out on so many of the benefits involved. Preparing your Zakat in the lead up to the holy month could help you accumulate quite the amount and allow you to reap the benefits of having your good deeds multiplied in this period.

Zakat, like all charity, is wealth deposited into the bank of the Hereafter. Make sure yours will work for you when you need it most.

Zakat Brings the Rain
Warnings of non-payment of Zakat

The Qur’an and ahadith are clear that compliance or non-compliance of this command of Allah has consequences in this life as well, both on an individual and a societal level.

Next time we are faced with famine and drought let us ponder on the following:
On one occasion the Prophet (SAW) addressed the Muhajirun saying, “You may be afflicted by five things, God forbid that you should live to see them.” One of these was, “If people should withhold Zakat, you should realise that this has never happened without the rain being stopped; and were it not for the animals’ sake, it would never rain again” (Hadith, Ibn Majah).

As for the Hereafter, our hoarded wealth will be there to greet us:
“Whoever is given wealth by God and does not pay the Zakat due thereupon shall find that on the Day of Arising it is made to appear to him as a hairless snake with two black specks, which chains him, and then seizes him by his jaw and says, ‘I am your wealth! I am your treasure!”(Hadith, Bukhari).

May Allah provide us with the means to pay our Zakat, and bless us with sincerity in all of our actions, Ameen.

This article was originally written for Sisters Magazine and has been published here with their permission.

Umm Haneefah has a MSc in Technology Management and a certificate in counselling. She tries to find a balance in her life between her Islamic studies with the Islamic Online University, her professional studies in Health Sciences and her community projects such as raising funds for an orphanage in Ghana.