Islam Poses the Last Legitimate Challenge to a Hegemonic Monoculture

by Eeman Abbasi in Identity on 7th January, 2019 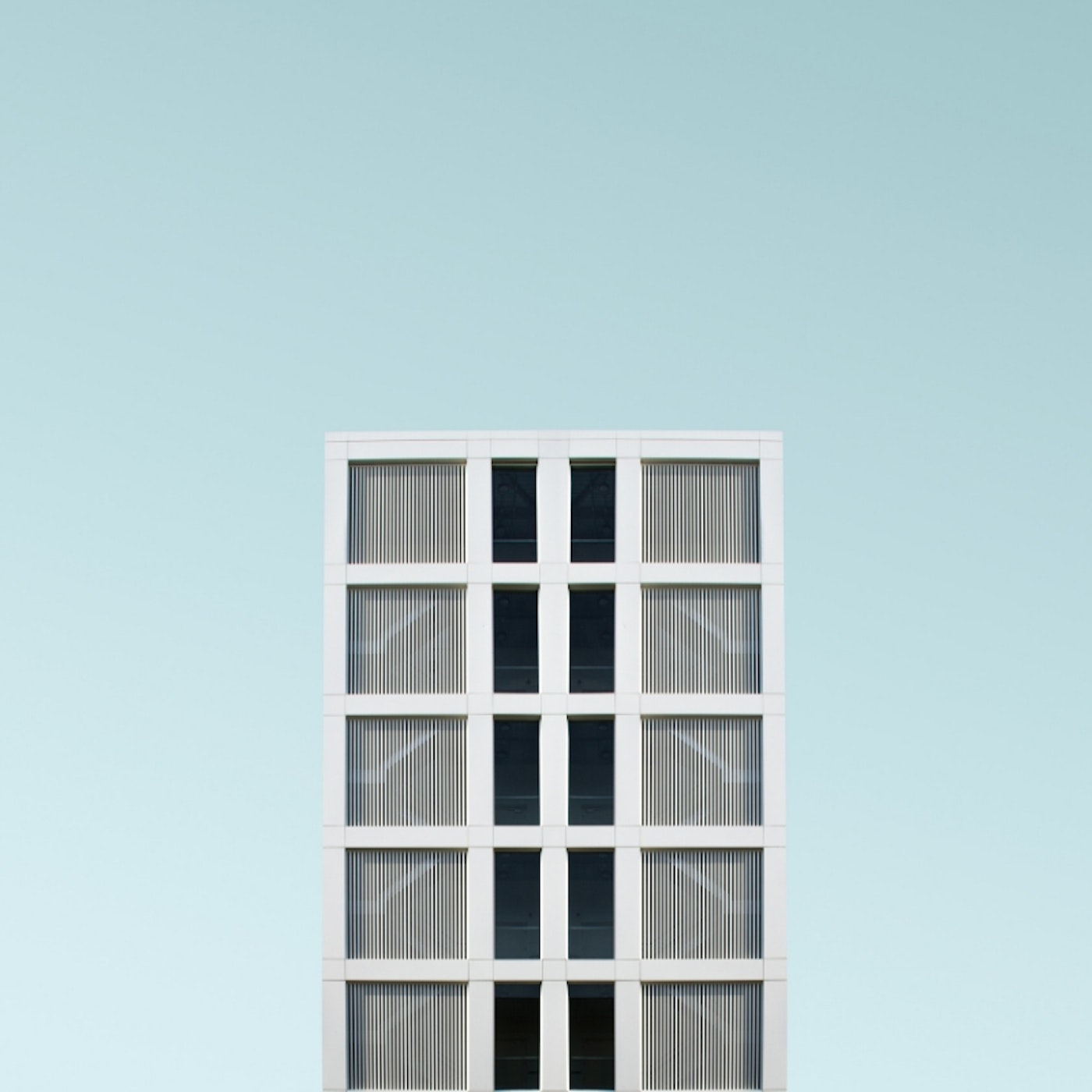 The Messenger of Allah, peace and blessings be upon him, said, “Islam began as a something strange and it will return to being strange, so blessed are the strangers.” Source: Ṣaḥīḥ Muslim 145

Thanks to globalisation, McDonald’s golden arches are more recognisable universally than state flags or centuries-old iconography. Increasingly, the world consumes the same homogenised culture, in its speech, clothing, cuisine, and media. Countries like the US have created a global brand, and boast of their reputation as a melting pot. This melting pot phenomenon, which sheds exterior differences to maintain one standardised culture, yields the monoculture. The monoculture maintains bland, but universally digestible tokens of culture, typically centred on that which the state can control and/or leverage, for maintaining the docility of the masses.

Perhaps the largest resistance to monoculture today is religion, particularly Islam. While Judaism has rarely publicly guided the state politics of any Western nation, Christianity historically has. However, Christianity has experienced a concerted removal from the public sphere, as holidays become secularised and prayers become banal platitudes. Islam, however, has largely resisted the grip of monoculture.

Islam emphasises that no singular culture is superior, thus creating an ummah that speaks hundreds of different languages, eats thousands of different foods, wears dozens of different clothes, and generally, expresses its connection to its Creator and to fellow creation differently than its neighbours.

The beauty of Islam is that throughout its history, its unity has been in its lack of uniformity (the four madhahib, for example, affirm how something can be separate, but equal).As the bland monoculture of the West quickens in its exportation, contention between the West and Islam concurrently escalates. To be clear, Islam has a rich history in the West: Muslim rulers conquered lands as West as Spain and Muslims have been established communities in the US since the time of the slave trade. Regardless, Muslims have rarely been as visible and contested in the past 100 years of the West as today, appearing on the covers of major magazines, holding executive bureaucratic positions, and dominating the evening news, with the latest reports of “Islamic” terrorists.

Blessed are the Strangers

Muslims are the ‘Other’ and our identity as such challenges the hegemonic monoculture that has been manufactured and maintained by all major producers of culture: media, politics, and academia. Politicians like Trump see such a challenge as inherently antagonistic and have attempted to curtail the influx of Muslims into the US through a literal Muslim Ban (Brexit is similar, arguably passed to decrease the number of Muslim immigrants entering the UK). Other politicians, however, have welcomed Muslims as a crucial part of the American/British/etc. identity, stressing how Muslims are no different from their non-Muslim counterparts.

However, such an effort to humanise Muslims, though seemingly innocuous and commendable, debases the Muslim identity into nothing more than a cultural token. Muslims, distinct no longer by our five daily prayers or adherence to the Sunnah, are often being characterised exclusively by the foods we eat or the “exoticness” of our arranged marriages. Buzzfeed is a prime example of producing content that centres Muslims engaging in unremarkable activities like watching a football game or enjoying hamburgers, *despite* their religious identity. The insinuation is clear; here is how Muslims have overcome the way religion holds them back. Articles like this and videos like these do not celebrate how Islam enriches the lives of Western Muslims, but instead chronicle how Muslims in the West have valiantly overcome the shackles of their backwards religion. Increasingly, people are tolerant of Muslims, but not of Islam.

This is a manufactured reality. The US State Department has publicly admitted to initiatives to moderate Islam, reducing it into the religion many Christians follow: private, in the home, segmented, and no more than a cultural token. There is legitimate power to be gained by diluting Islam in this manner for any state institution or corporation.

When Muslims take the shahada, they become part of the Muslim ummah that passionately considers any other Muslim a fellow brother or sister. This is a threat to any hegemonic force that tries to control our buying power, political choices, and identities, in general.

The British, after all, perfected the technique of “Divide and Conquer,” as they knew the best way to control any population was to divide a unified peoples into smaller cultural/ethnic/racial groups and turn them against themselves. This is precisely what we see today in the West; producers of culture prop up a certain “type” of Muslim: usually Arab or desi and upper-middle class to represent the ummah as a monolith and effectively erase all those who do not belong to such tokenistic representations of faith.

Even liberal support for Muslim women and hijab is reflective of the concerted attempt to reduce Islam into nothing more than a cultural identity, one that can later be further diluted and squandered into the hegemonic monoculture. Iconography associated with the 2017 Women’s March frequently featured a woman in an American flag print hijab. Her body, namely the affirmations of her religion that she put on her body, became the latest signposts in some vague Western pursuit for equality. However, the cries for equality we now hear are not ones for equity and societal rectification, but for monoculture.

Equality comes with a prerequisite, a precondition- in order to be afforded the comforts of our life, you must become like us. One must shed her differences and submit to the monoculture.

The hijab, however, is distinct from other theophanies: it is external and explicit. The hijab instantly differentiates a woman from her counterparts: she physically declares her submission not to any corporation, nation-state, racial group, or ethnicity, but to God.Such a declaration is unnerving for those who have historically profited from keeping certain individuals marginalised. The equality promised to Muslim women is contingent to either stripping the hijab or redecorating it in an American flag print, one that is palatable and familiar enough to ease anxieties about her resistance.

Indeed, the message we receive from “allies” is that acceptance of our Muslim-ness is contingent on us shedding any vestiges of difference to instead bear the symbols of the hegemonic monoculture. Buzzfeed videos feature Muslims doing exactly so, raising the question of why one must sacrifice an existing identity to bear a stereotypical American (or British etc.) one, when the West purports to be a welcome host for all-as they are? In this desperate and misguided effort for acceptance, why do Muslims say what they are not, before affirming what they are?

The message received by those of us who refuse to yield is clear: exist in our spaces, but do not challenge the status quo.

It remains true that in cries for equality, focus remains on our similarities with others, with deliberate silence on our meaningful differences, as even mention of differences are automatically considered antagonistic.

Therefore, Muslim women may wear the hijab as long as it is in the print of the American flag—as long as her explicit difference from the monoculture is somehow muted and masked by that which is familiar to the maintainers of monoculture. Marginalized identities must be a means to prove to the West that their hegemonic monoculture is still dominant, as look at wonderful it is that the monoculture can force everyone to enjoy baseball and hamburgers!

Acceptance in the West today comes with the steep price of breaking oneself into palatable pieces so that the monoculture may consume and then repackage one into a standardized Happy Meal—appetizing to none, but digestible by all. Why do we paint smiles on our faces and swallow red pills that convince us that this assimilation is always what we have wanted?

Click the link below to hear Eeman read out her article for the #amaliahanthologyseries over on the Amaliah Podcast. Check out all of our previous episodes there too! You can stream the Amaliah Podcast over on Acast, Spotify, Apple Podcasts and wherever else you get your podcasts!