How Much Do We Know About the Courage of Summayyah Bint Khayat (RA)? 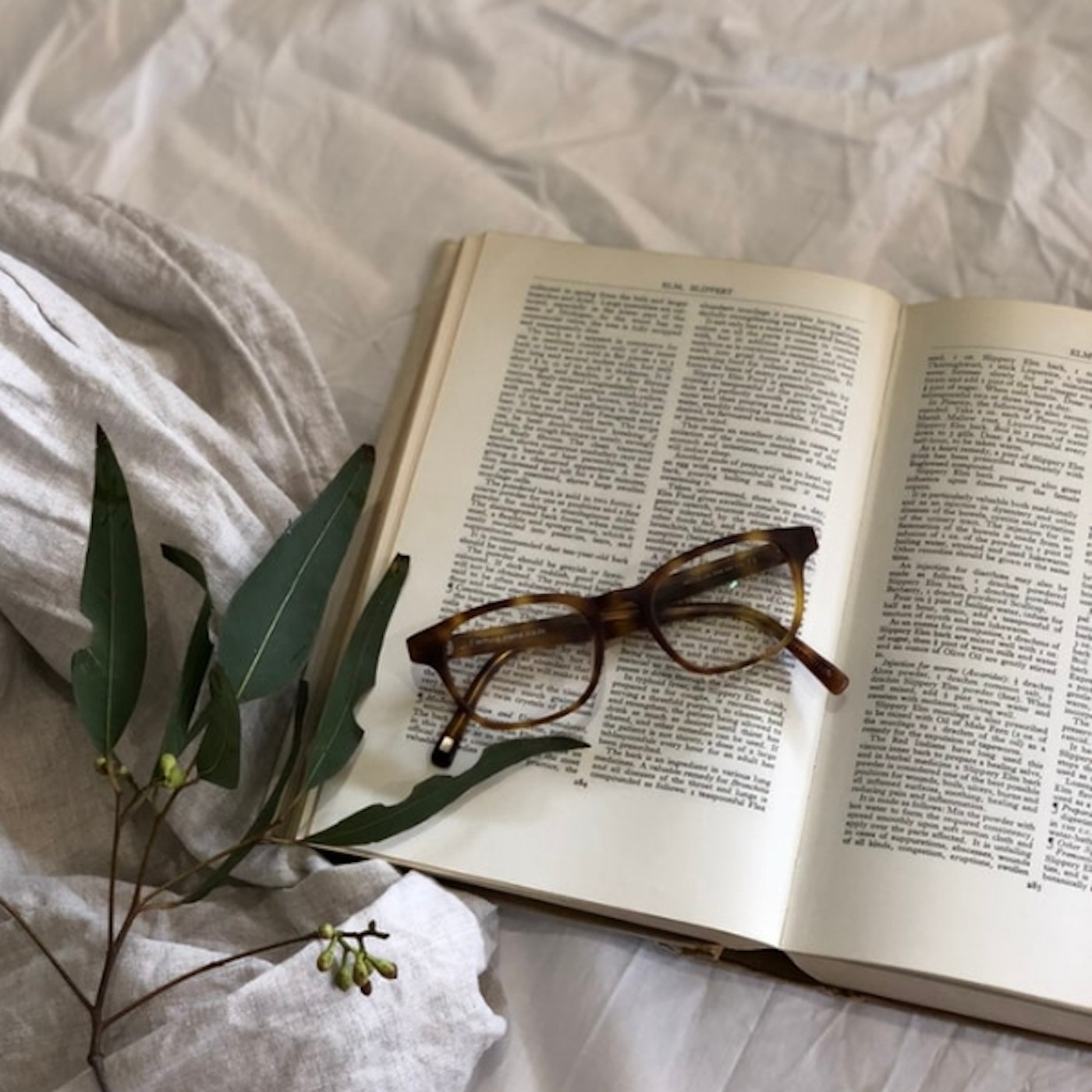 Sumayyah bint Khayyat (RA) had humble beginnings – she was a freed slave. However, even in her youth, she was known for good qualities, namely that she was intelligent, respectable and sensible. Unlike her depiction in the famous film ‘The Message’, Sumayyah (RA) was actually a black woman – it’s important to note this to understand how diverse the early Muslim community was.

She married Yasir (RA) who was also to become a companion of the Prophet ﷺ. It was a happy marriage and they had 3 sons named Ammar, Abdullah and Harith. Sumayyah (RA) was a devoted mother who used all her skills to lovingly raise her sons. This was reflected in their characters as both Ammar and Abdullah were distinguished among the youth of Quraysh (the leading tribe of Makkah) for their morals and good manners. Sadly, Harith was murdered before the advent of Islam – this was a shocking loss and tragedy for Sumayyah (RA) and her family but she was a resilient character and did not let her sadness stop her from continuing with her life and fulfilling her responsibilities in the best way she could.

Later in her life, when the Prophet ﷺ started to call the people of Makkah to Islam, Sumayyah (RA) was one of the first 7 people to accept his invitation and formally pledge to support him in his da’wah activities. Sumayyah’s intelligence meant that she saw the truth of Islam – it was so logical to her and she acted on her beliefs and values and accepted Islam straight away. Therefore, she was notable amongst the greatest of all the companions of the Prophet ﷺ and amongst a very special group of people – including the likes of Khadijah bint Khuwaylid (RA), Abu Bakr (RA), Ali ibn Abu Talib (RA), Bilal ibn AbiRabiah (RA), Zaid ibn Harith (RA), and her own son Ammar bin Yasir (RA).

The Quraysh couldn’t directly harm the Prophet ﷺ because of the power and position of his uncle Abu Talib, although this didn’t stop them trying to harm him and his mission in other ways. Abu Bakr (RA) was also protected by his powerful tribe and own personal influence. But the common Muslim – man or woman – was not spared any imaginable torture or torment.

The early Muslims numbered not more than thirty, but the Quraysh – who were the ruling power in Makkah felt their authority was being threatened. They inflicted on the first Muslims the most evil and horrible punishments imaginable.

Sumayyah, her husband Yasir and their son Ammar, were very often the targets for the cruelty of the Quraysh – they were viewed as easy targets because they weren’t a rich or powerful family. The Prophet ﷺ would make du’aa for the whole family – for Allah to protect them and save them from Jahannam – he used to comfort them saying “be patient, O family of Yasir! For your final destination is Paradise”.

Once Ammar managed to escape the torture and reach the Prophet ﷺ. He asked the Prophet ﷺ when the persecution of the innocent Muslims would end. His feelings reflected the extreme hardships the early Muslims went through in Makkah – Muslims were followed when they left their houses, kidnapped and tortured; they lived in fear for their lives. They were really tested in their faith – however, their bravery in dealing with their difficulties is a huge inspiration for us. They persevered and remained patient, steadfast, firm and strong mashaAllah. They knew this life is a test, that there will be great difficulties; but they also knew this life is also short and in return for passing these tests Allah will grant an eternal hereafter in the best place – Jannah – where they would be rewarded by seeing Allah and would be united with the Prophet ﷺ and all the other great Muslims throughout history, inshaAllah.

Abu Jahl was one of the leaders of Quraysh and main enemies of Islam. He gave Sumayyah (RA) the worst kind of punishment – he did not take into account her seniority in age; with 3 grown up sons, she was not a young woman at this stage. Imagine how much suffering she must have gone through. Yet despite the mental and physical pain, and despite her age, she did not waver even for a second; she remained as steady as a rock and never went back on ‘La ilahaillAllah Muhammad ur-rasulullah’ –she was 100% loyal and committed to Allah and His Messenger ﷺ.

Abu Jahl tried different methods – to pressure, coax, bribe and threaten her, but she bluntly refused. She could have verbally agreed with Abu Jahl just to stop the torture– this is allowed in Islamic fiqh. Scholars indicate that if it’s a life and death situation you can say you don’t believe in Islam just with your tongue to save yourself whilst actually still believing in Allah in your heart. However, Sumayyah (RA) chose the harder position – the one with more rewards. Imagine if she had given in – if these early Muslims gave in what would have happened to the community? – others would give in or feel greater pressure –  her son for example! Ammar(RA) must have seen how his mother so bravely put up with all the torture and that her iman (faith) remained strong – that must have given him the courage to continue. Do we encourage others to live the values of Islam? Not just by telling them about it, but by living by those values ourselves? Actions speak louder than words – if we want people around us to be a certain way, we have to act that way ourselves first.

Abu Jahl could not accept the fact that she could resist him so stubbornly and out of rage, he thrust his spear into her. This proved to be a fatal blow, and sadly Sumayyah was killed. Sumayyah (RA) gave the ultimate sacrifice for Allah’s sake – her life.  And Allah honoured her sacrifice. At the moment she passed away she gained the unique position and honour of becoming the first martyr in Islamic history – the first person to become a shaheed (martyr) was a woman.

Through Sumayyah’s example we are reminded that we need to go through the effort and some sacrifice for Allah’s sake – the Qur’an tells us:

Do you expect to enter Paradise without being tested like those before you? They were tested with hardship and adversity, and were shaken up (Surah Al-Baqarah:214)

Sumayyah was also an example of the people Allah spoke of in this verse:

Be sure We shall test you with something of fear and hunger, some loss in goods, lives and the fruits (of your toil), but give glad tidings to those who patiently persevere. Who say: when afflicted with calamity: “To Allah we belong and to Him is our return.” [Qur’an 2:155-156]

Allah isn’t necessarily asking us to give up our lives like in the case of Sumayyah (RA) but there are certainly other things we can sacrifice and change: e.g. bad behaviour with our parents, swearing, making fun of others, wasting time on social media, bad company, a prohibited relationship, oversleeping (especially when making sure we wake up on time for Fajr prayer)… whatever it is we need to change and give up, we need to first identify it and make a commitment to follow through to gain Allah’s pleasure.

Sumayyah (RA) became Shaheed 7 years before the hijrah (migration to Madina). Her husband Yasir (RA) was also tortured and killed by Quraysh – he also became shaheed. After the martyrdom of both his parents Ammar took a special place in the affections of the Prophet ﷺ. Unlike the normal custom of calling the child by the father’s name, the Prophet used to address Ammar fondly as ibn Sumayyah (son of Sumayyah) – to keep alive the memory of his mother and honour her. The Prophet ﷺ often spoke of the family of Sumayyah (RA) in the highest terms of praise.

Many years later in the battle of Siffin, Ammar (RA) was also killed whilst upholding the values of Islam and thereby gained the high status of Shaheed – like his parents before him. This family sacrificed their most precious asset, their lives, in order to protect and spread the truth; and in return, they gained the reward of Allah’s pleasure and the best of the hereafter including the highest levels of Jannah. It is about people like these that Allah says:

“Verily, Allah has purchased of the believers their lives and their properties for (the price) that theirs shall be Paradise.” [Qur’an 9:111]

So what lessons can we take from Sumayyah’s life for our circumstances today? :