by Furqan Mohamed in Identity on 3rd November, 2018 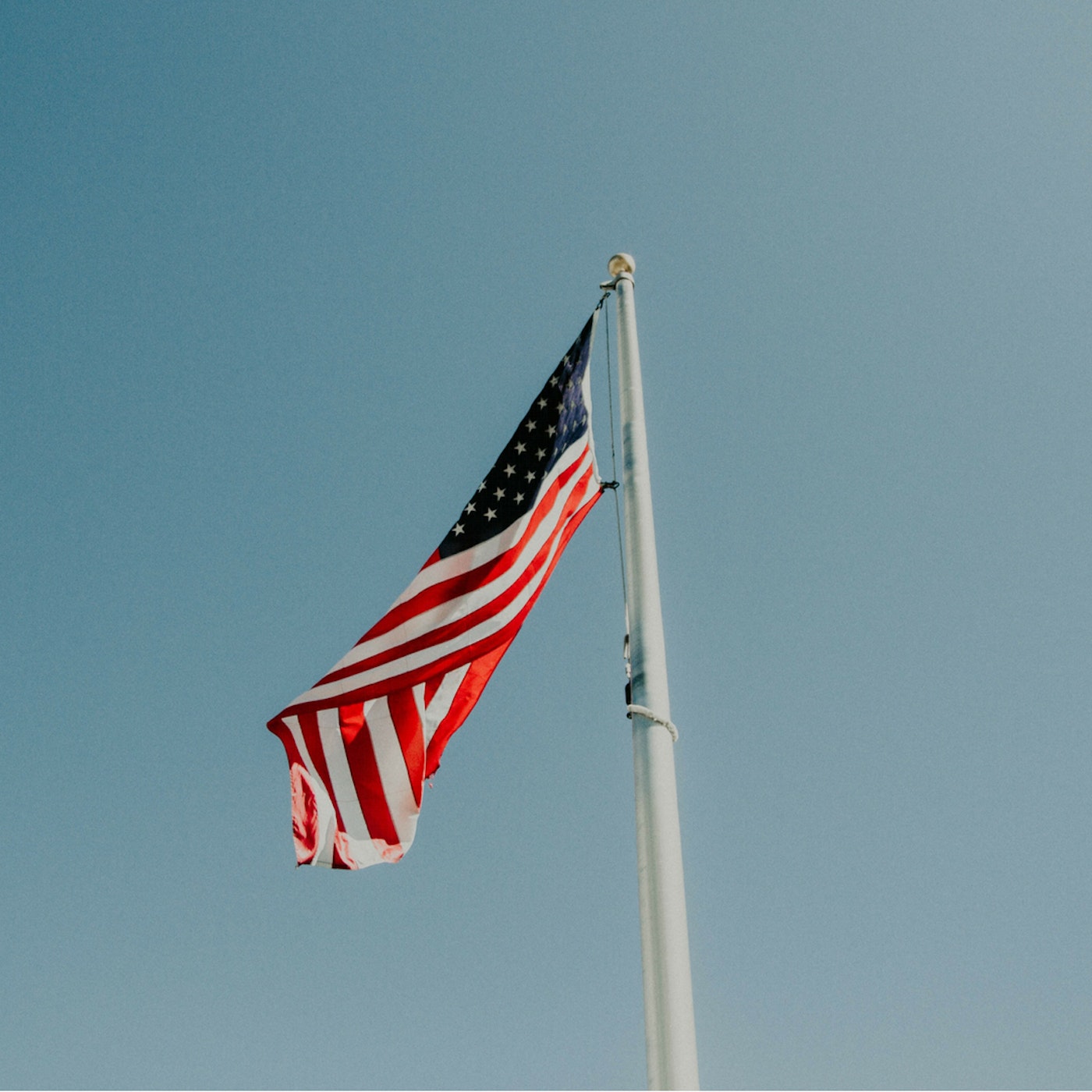 When Donald Glover/Childish Gambino’s video for This Is America dropped, so did the think pieces, in-depth analysis, and the twitter threads. I watched the video once, and to be incredibly clear, I enjoyed it. Then I turned to the internet to see what my peers thought. As a writer and critical thinker, to see the response from the people I admire was important because some of the greatest work by Black intellectuals comes from a Black cultural moment. Yes, Black writers and the audiences they write for, can and do write and read about a number of things. However, it is undeniable that the more Black art there is to consume, the more room there is for Black commentary. Barack Obama’s presidency gave us people like Ta Nehisi Coates, Beyoncé’s Lemonade gave us a string of Black Women taking space with their analysis like Hunter Harris, and with Black Panther came Black nerds claiming their existence with their reviews, and so on. I expected nothing different when ‘This Is America’ dropped.

Some of the analysis that surrounded the messages were largely pointing out  Gambino’s dancing and movement reminding folks of Jim Crows caricature. Other symbolism included the heightened respect given to guns used in the videos being placed in red cloth, while the (Black) bodies were dragged away or otherwise completely disregarded. This obvious exhibit on how guns are valued more than life in the current political climate was one of the things I thought most clever and thought-provoking in the video. There were so many other aspects and hidden messages in the video that by now, have probably circled the internet dozens of times, so I won’t go over each one. I do, however,  have feelings on the reception of the video. Here is my take.

Expecting all Black people to resonate with the video is unreasonable. Hating Black people who do resonate with the video, is equally unreasonable. The opinions on the video have swung from it being praised for being genius (a word we used to throw at Kanye West, but have since rescinded, since his comments on slavery) to people being critical of Glover for using black bodies and black trauma as a way to get mainstream attention and recognition. In the video, he seemingly alludes to the massacre committed by Dylan Roof by shooting an entire church choir when Glover himself comes from behind a door, taking a look at a choir of Black worshippers gleefully singing the vocals to his song, takes out a gun and shoots them. Other forms of violence surface against Black bodies in the video too.

As a result, many were hesitant to praise the video, not in protests of the art, but because of the artist. One of Glover’s first introductions to fame was documented with a video of a comedy sketch titled “Bro Rape: A Newsline Investigative Report.” The sketch is exactly what you think it is. It features Glover raping a fellow young male student. This video has over 11 million views. This speaks to how much work society must do on dealing with rape culture, but also to the work of Donald Glover. This is just one thing on a long list of questionable actions done by the artist in the name of ‘art’. Glover has been known to go on record making tasteless jokes about AIDS as well as often fetishizing Asian women.

Many comedians make jokes that are socially unacceptable and questionable- that’s another think-piece for another time. But Glover’s ongoing disregard of the ramifications of his actions all in the name of ‘art’ must be addressed. One of the biggest reasons many went on record to say they did not want to enjoy this video specifically, was to do with his blatant and outwardly documented disrespect toward Black women in his show Atlanta. In many of Glover’s comedy routines, there are aspects that inflame a negative portrayal of black women, specifically those with a darker skin tone. As a Black woman, I have seen myself in Donald Glover’s work as nothing but loud and ratchet. To be honest, many Black women are used to art created by Black men to be either lacking in representation of us altogether, or promoting extreme, and wild misrepresentations of us. To have him show his outward hatred of Black women, and then create art that is supposed to represent the struggles of all Black people is confusing.

I  personally DO want to enjoy the video and enjoy the art, but the way that Glover depicts and illustrates Black women on his show still sits quietly bothering me in the back of my mind.

The Pressure for Perfection

I am still processing how I feel even weeks later. On the one hand, I am allowed to enjoy things, enjoy art, however, within the Black community, there feels as if there is this underlying pressure for political statements through art, to be presented perfectly and without flaws, or else it must face heavy scrutiny. It seems if we call ourselves activists, feminists, or any other progressive, we must be the most perfect version of that. There is no room for problematical art when you’re betraying some of the struggles of your own community, as well as what you stand for. To be completely honest, there are days where I wish I did not have to be “woke” all the time. I’d like to be able to enjoy artists and creatives with complicated histories the way white women get to say they enjoy Woody Allen films and still be regarded as feminists. Problematic artists and their work have long existed in mainstream culture, but when they exist in the media, the feelings of ethnic minorities in which they come from, must be taken into consideration, and that pressure for their new representative to be perfect, once more is in motion.

We know with figures like R. Kelly and Bill Cosby, their past has an impact on how we interact with their present. But with Glover, his problematic behaviour is not as black and white. With Cosby and Kelly, the conversation is about criminality, and sexual violence toward women, not black women specifically, most certainly a lot less about Black society. With Glover, it is entirely a social conversation, one that will take time and energy I wish we as the Black community did not have to spend.

The frustration I have with having to “call out” artists for their work, is in how there aren’t that many Black artists putting out the art of this kind, to begin with. Do we have a strong desire to hold on to Gambino’s video because what other pieces of art of this kind, is there out in the world for me to analyse, and relate to? For Black creatives, and Black kids who one day, may have the freedom and power to enter into careers that were once revolutionized by folks like Donald Glover,  this causes me to hesitate when criticising his work initially. However, this still fuels me with so many further questions. Is representation still representation even if it’s bad? Am I allowed to still like his music and other content he creates whilst disliking what he stands for? The pool of heroes for Black people is quite small, and you know what, yes, sometimes heroes disappoint you. I can’t think about Barack Obama without his drone program in the Middle East, or Trevor Noah without his history of fat jokes, or Cardi B using the word “dyke” (which is a slur). This brings on more questions, do you hate the artists or the art? Do we hate the man (or the woman), or do we hate the moment? I do not have all the answers. I wish I did.

This piece was not to highlight “whataboutism” where I compare the moral background of Black artists to White ones and say “look, they did it, so can we.”

Donald Glover is not perfect, and I think that is where the solution (as temporary and as futile it may be) lies. The reason that we feel so disappointed in artists when they say things that are questionable is because we invest in emotional stocks, and therefore the stakes become high for us, they just can’t trip up, we have invested far too much! Therefore we project our social and political opinions and beliefs on that artist when we should be able to differentiate and learn to respect the spectrum of opinions each individual is entitled to. Relating to artists can be dangerous, it can lead to quickly setting yourself up for a huge disappointment. Take in what artists say, but take it knowing that artists are humans and have many flaws and misunderstandings. They are complex humans just like you or me. Remember that within communities, dialogue about who represents what, and what represents who should always be welcomed.

Washing Away My Lightness Whilst Disconnecting the Blackness Within Me

Black Women at Work in the Age of Social Media