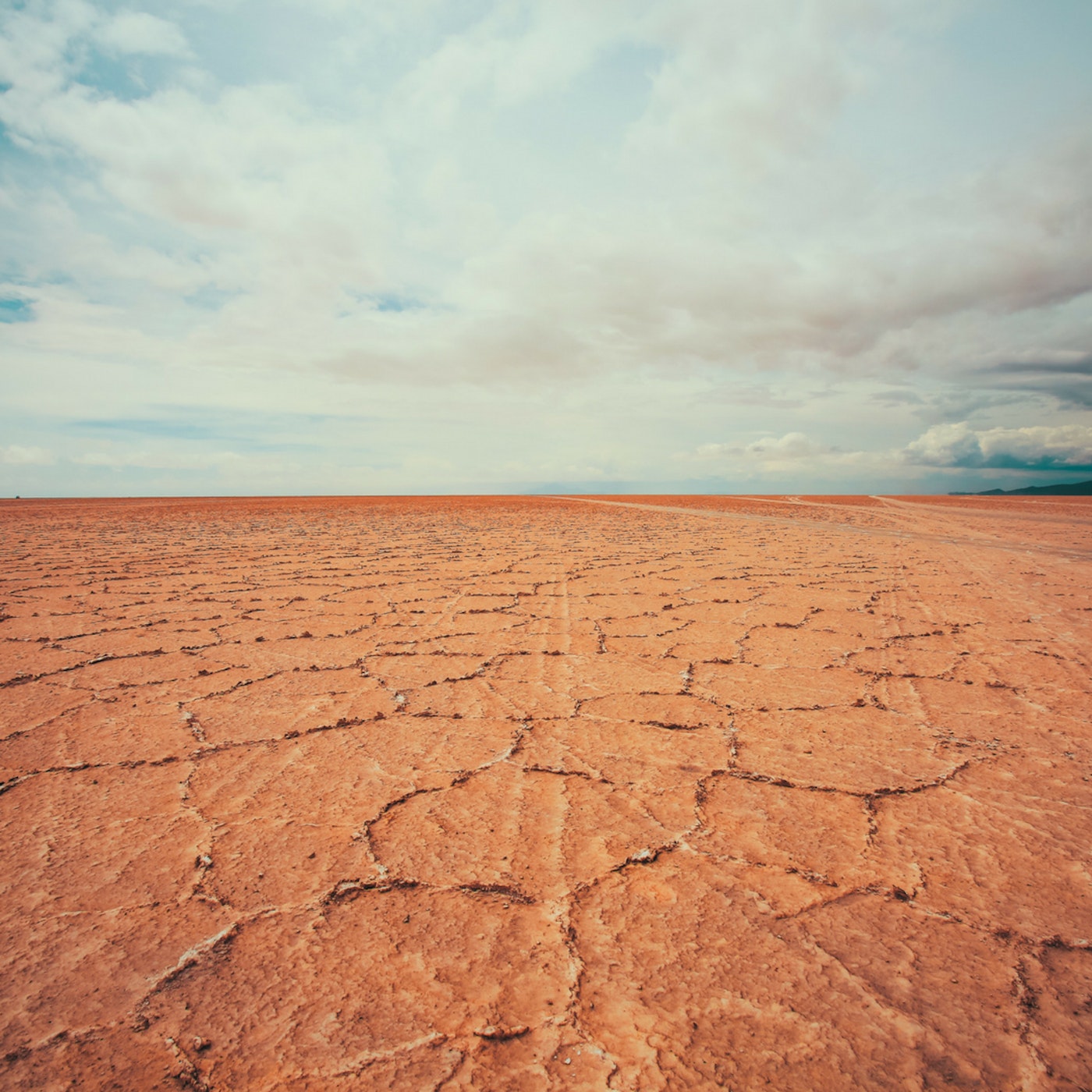 Part 1 discussed verses 1-5 of Surah 99, ‘The Earthquake’.  In those verses, the focus is on the turmoil facing the Earth on the Day of Judgment. This post will look at verses 6-8 in which the focus shifts to the inner turmoil being experienced by humans on that Day.

Allah tells us in verse 6: “That Day people will issue forth in scattered groups, that they may be shown their labours [their deeds]”.

In the verse, the word yasduru is used to describe the resurrection of people: this comes from the root word sadr, which literally means chest, and is often used to refer to one’s heart or internal state.  This use of this word denotes the emergence of humans from the sadr of the Earth – once again reflecting the Earth emptying out its contents, just as the deeds and secrets of all humans will be emptied out before them. When the trumpet is blown, people will be resurrected from their graves – all the people that ever lived on the planet from the beginning of time.  From each grave, hundreds, in fact, thousands of people will be resurrected.  When we are woken up from a deep slumber, and in a sudden fashion, it can be extremely startling – imagine, therefore, when we have lain dead for centuries, the shock that we humans will experience when we are brought alive again.

Each of us has 4 stages of existence: one is in the wombs of our mothers; the next  (and crucial stage) is on this earth when our actions count and are recorded; the third is in the grave, the barzakh; and the final stage will be when we are raised on the last Day for our judgment and carried to our final destination in the Hereafter.  Each time we make the transition to the next phase of our life we experience a mental and physical trauma – consider the cries of a baby when it is born into this world, or the struggle of the dying person as the Angel of Death comes to extract the soul – our resurrection on the Day of Judgment is the final of these 4 transitions.

The verse mentions that humans will be in scattered groups – this reflects two things:

(1)  the state of panic, loss and confusion that humans will be in, a theme that is echoed in other surahs of the Qur’an, such as Al-Qariyah (where humans are described as scattered moths on the Last Day). Often myths and fairytales are corruptions of truthful knowledge or ancient historical events – have you wondered where the concept of zombies comes from? Why and how did humans imagine such an idea? We rightly dismiss them as the fictitious creation of horror stories – but there is a high chance that the idea is rooted in a historical belief of the Day of Judgment and our final resurrection, from a time when people were more in touch with faith and religious scriptures.

The use of the word a’mal, which means ‘labours’ or ‘work’, to describe our deeds, makes us realise that one has to put in effort to do either good or bad – it doesn’t happen by accident.  It is a strong affirmation of our agency and free will in this dunya: we will reap the harvest of what we have sown in this life. Moreover, we should train ourselves to take personal responsibility for our actions – if we descend into bad habits and wrong actions, we should avoid blaming others/ our circumstances.  Allah mentions in the Qur’an that He ‘does not change the condition of a people until they change themselves’ (Ar-Ra’d: 11). This verse is often quoted to demonstrate the need for positive action to improve ourselves, but in fact if we look at the context of the verse it is just as appropriate to interpret it in the following way: that when we fall into sin, it is of our own doing – for Allah created us with a pure fitra (natural state), and it is us that chooses to alter that.  This also means we have the ability to rectify our mistakes –  we should have confidence in our potential to be better.

There are four themes in these two short, but profound verses.

The word dharra used in both verses means something very very small – it could be translated as ‘a mustard seed’ or a ‘speck of dust’: these were the typical translations provided in the past because those were the smallest things that people could imagine. But actually, the word relates to something that the human eye cannot even see, which is why the word often gets translated now as ‘an atom’ – something we cannot see except under a very powerful microscope.  This reflects the fact that Allah is aware of even the tiniest, imperceptible deeds that we have done but are not even aware of ourselves.  And while we may have forgotten about those deeds, we will be reacquainted with them on the Day of Judgment – this will either be an unexpected source of joy and surprise or sorrow.

Verse 7 should give us all a great deal of hope and courage.  There are deeds we may have done that we don’t think are important, and which we feel will not be enough to help us.  But Allah reassures us here that these small deeds are worth more than gold in the sight of Allah.  One of Allah’s beautiful Names are Al-Shakur, which means “The Appreciative”.  This means that no good deed is too small for God, Allahu Akbar! – Allah sees and appreciates every tiny act of goodness that we do. It may be that this tiny action of ours will be the thing that saves us on the Day of Judgment.  This is why the Prophet (saw) advised us not to under-rate any good act, even if it is offering a drink to a thirsty person, or meeting one’s brother [or sister] with a cheerful face (reported in Muslim). And indeed we are told that Allah loves the deeds that are small and done consistently (Bukhari and Muslim).  This encourages us to make the most of even the smallest opportunity to do good and to have conviction that Allah will have Mercy on people despite their sins.

Verse 8 then provides us with an important balance – we should always feel hope but we also need to guard ourselves and our actions.  For just as the tiniest good deed is recognised, so is the tiniest bad deed.  The small bad actions are more dangerous because we may not even be aware of them, and therefore we might not feel the urgency of repenting over them.  The Prophet (saw) said the believer sees the sin like a mountain, and the sinner sees a bad action like a fly that they swat away with their hand (Bukhari).  From this we understand that we should not have a complacent attitude towards our bad deeds.

This verse can make one feel very fearful, which can actually be a positive thing if it is channelled into positive change and a stronger moral conscience.  But beware not to let fear turn into despair, which is destructive.  There is a lot that we can do to prevent our bad deeds coming back to haunt us on the Day of Judgment – the most obvious thing is to seek forgiveness regularly while we are alive. The first stage of repentance is to acknowledge that we have done wrong, then to feel regret, then to ask Allah to forgive us, and finally to intend not to go back to the sin.  Also, Allah informs us that doing good deeds wipes away sins (11:114) – this means that the ‘atom’s weight’ of evil in our records can be erased before we even get to the Day of Judgment.  And finally, it is important to remember that a good deed weighs a lot more on the scales than a bad deed – every good action receives 10 hasanat (rewards) or more, while a bad action results in only 1 sin being recorded.  So it is a lot easier to accumulate rewards :), and a lot harder to accumulate sins – we should feel a lot of hope from this.

1. This surah refers to familiar events in Nature, which makes the Day of Judgment easier to visualise.  References to Nature occurs in other places in the Qur’an to make us ponder more deeply about our faith, Allah and the Hereafter.  For example:

2. Surah Zalzalah urges us to hold ourselves to account and to not be complacent about bad deeds, especially the ones that are less obvious.  This lesson is supported by other surahs and hadiths.  For example:

3. The surah also gives us a huge amount of hope, and encouragement to carry on doing small good actions. The abundant Mercy of Allah is reflected in the fact that He appreciates and rewards the good deeds that society might deem insignificant – this shows we are all capable of becoming better people and being closer to God, no matter how limited we feel.  For example:

May we all be of those whose good deeds weigh heavily on the scales, Ameen.

The Importance of Muharram and What to Do

The Problem Is You Think You Have Time