Muslim Men, Mental Health, and the Pressure of Expected Masculinity 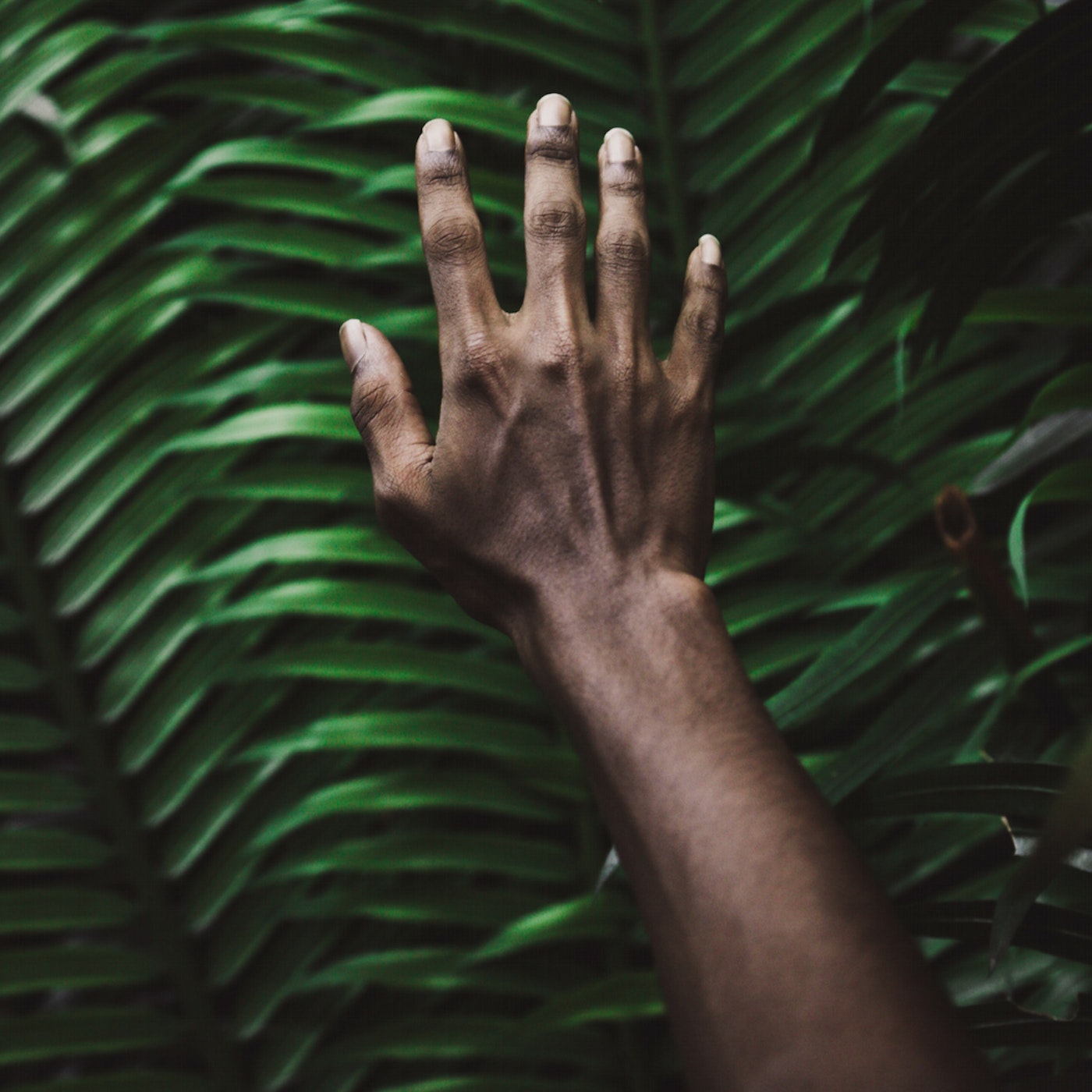 As I was scrolling through Twitter on the weekend, I came across the tragic news of a suicide in the Masjid Al-Haram in Makkah. The man in question, French national, Azzouz Boutobba,  threw himself from the roof of the mosque and landed on the ground floor where worshippers circle the Kaaba. As we reach the tail-end of Ramadan, I couldn’t help but wonder what was going on for this individual to drive him to climb to the roof of the holiest site in Islam and allow himself to fall to his death in the midst of the thousands of worshippers below. None of us will ever know, but opinion on social media was as divided on the subject as I expected; people either went down the route of passing judgement on the deceased and pointing out that suicide was a grave sin or else they asked people to consider the case with empathy and highlight that mental health in Islam needs to be talked about. My take on it is this: we all know that suicide is a sin in Islam, but there may be different rulings which apply to those who do so and are suffering from mental illness.

However, if a Muslim can be driven to commit suicide at the Masjid Al-Haram, we have to ask ourselves the question that if we don’t talk about mental health as part of our faith, how can we really help our ummah?

As a Muslim woman, I’m not going to pretend that I know what it feels like to be a Muslim man. Saying that the issue of masculinity and our expectations around it is of great interest to me especially when discussing the societal pressures men face, and how this goes on to impact their mental health. Common masculine gender stereotypes see men portrayed as strong, and protective, and most certainly not needing to talk about their problems. If we look at masculinity in Islam, we think of the many battles fought, the bravery that entailed and examples of the Sahaba like Umar (May Allah be pleased with him) about whom the Prophet (Peace be upon him) said: “O son of Khattab, by the one in whose hand is my soul, whenever Satan sees you taking a path, then he will take another path.” (Sahih Bukhari 5735, Sahih Muslim 2397).  A man so tough, so fearsome that Shaitaan would literally cross the road to stay away from him! It’s a lot to live up to really.

In wider society, the stigma around mental health is starting to be slowly dismantled and there are more conversations about it  now more than ever, from Princes William and Harry backing Heads Together to the general public wanting to increase their awareness of support available in light of the very recent suicides of Kate Spade and Anthony Bourdain, two high profile individuals who had success, status and money but fought inner battles with their mental health. While these conversations are happening in wider society, I don’t see them happening in quite the same way within the ummah. There is still the view that if someone is suffering, it is because their Iman is weak and they aren’t praying enough. If you combine this blinkered outlook on mental health in Muslim communities with traditional portrayals of masculinity within the faith and in society, we are creating a dangerous combination that could result in tragedy. So what’s to be done?

1) Reflect on our Prophets

If we look in The Qu’ran at the examples of our Prophets, we all know the trials they endured were incredibly tough. Prophet Yusuf (Peace be upon him) had his brothers turn on him and forced him to be exiled. Prophet Muhammed (Peace be upon him) witnessed many early believers die in war. While The Qu’ran narrates the stories of our Prophets and we know their faith helped them overcome their adversities, that is not to say that the Prophets were not simply men at the end of the day. They were not Angels, they were not superior beings but mortals.

In fact, this is something that Prophet Muhammed (Peace be upon him) is asked by Allah to reiterate to believers: ‘Say (O Muhammad): “I am no more than a human being like you…’ (The Qu’ran 18:110).

If the Prophets are just human, they would have felt all the things that we feel when we undergo challenges in life; there is nothing to suggest that they suppressed what they felt whilst also maintaining their faith. Should we not reflect on the fact that the Messenger of Allah (Peace be upon him) is asked to remind mankind that he is a mere mortal and that this means he was not above feelings things deeply and expressing those feelings? Should we not, by the same token, reflect on the fact that being a man does not mean being stoic and keeping everything inside given that the Prophets were not always expected to do so?

2) The Power of Brotherhood

Community is integral to Islam and this much is clear throughout The Qu’ran and Hadith. Look at the Prophet Muhammed (Peace be upon him) and the value of the Sahaba, his companions. He did not expect to do his work without the love and support of a solid network around him and there’s an example here that we should think about applying to ourselves. There is no doubt that the Sahaba were tight-knit and spoke frankly with each other about many aspects of their lives. There is also no doubt that they would have told each other that they loved each other for the sake of Allah as demonstrated by just one of the hadiths advising brothers to do just that:

It was narrated that al-Miqdaam ibn Ma’di Yakrib (may Allah be pleased with him) said: The Messenger of Allaah (peace and blessings of Allah be upon him) said: “If one of you loves his brother, let him tell him.” Narrated by al-Tirmidhi (2392) and classed as hasan by al-Albaani in al-Silsilah al-Saheehah (417)’

Muslims are advised again and again to look out for each other with an emphasis on not deserting each other and this should particularly apply at times of need. If men feel unable to talk about difficulties they are experiencing for fear of being seen as lacking in iman and/or masculinity, I strongly believe that everyone needs to go back to basics on what it means to be part of the ummah.

I am not for one minute suggesting that having iman is not part of a solution that Muslims should consider in tackling difficulties they may be experiencing with their mental health; what I am suggesting is that iman needs to be part of a wider holistic approach which involves going to the GP, receiving the right support and taking medication if necessary. If a Muslim had cancer, would we simply advise them to pray that cancer away? No, we wouldn’t. We would make sure they went to screenings, had chemo and whatever operations they needed to tackle that cancer AS WELL as doing the accompanying ibaadah. Why do we do not do this when Muslims have issues with their mental health?

When a Muslim admits they are struggling with their mental health, simply telling them to pray more shuts down the conversation and could prevent them from getting the support they really need. While mental health remains a taboo within the ummah, we need to do all we can to reassure people that asking for help isn’t a sign of weakness and that we clearly understand our duty to one another as Muslims to be there for each other in good times and bad.

Last but not least, the resounding message of kindness that underpins everything in our faith. Go back to The Qu’ran and Hadith and reflect on how often they command us to value being kind and gentle. Trust me, it’s a lot.

One succinct hadith for you on the matter is this one (Sahih Bukhari 6528): ‘Aisha reported: The Messenger of Allah, peace and blessings be upon him, said: O Aisha, Allah is kind and He loves kindness in all matters.’

If Allah loves kindness in all matters, that includes how we help our fellow Muslims, the men in our lives, when they are suffering. In fact, if there is one piece of advice that I hope everyone can take away from this piece, it is to be kind in general, as there is so much change we can be triggering, by doing so. Being kind is an easy but transformative notion, it doesnt cost a thing for you, but it could save a life.

When Even One of the Holiest Sites in Islam Could Not Provide Comfort: Suicide, Mental Health, & Stigmas