Hijabi Ballerina: Day One at the Royal Opera House

by Thursdays we wear black in Lifestyle on 19th July, 2018 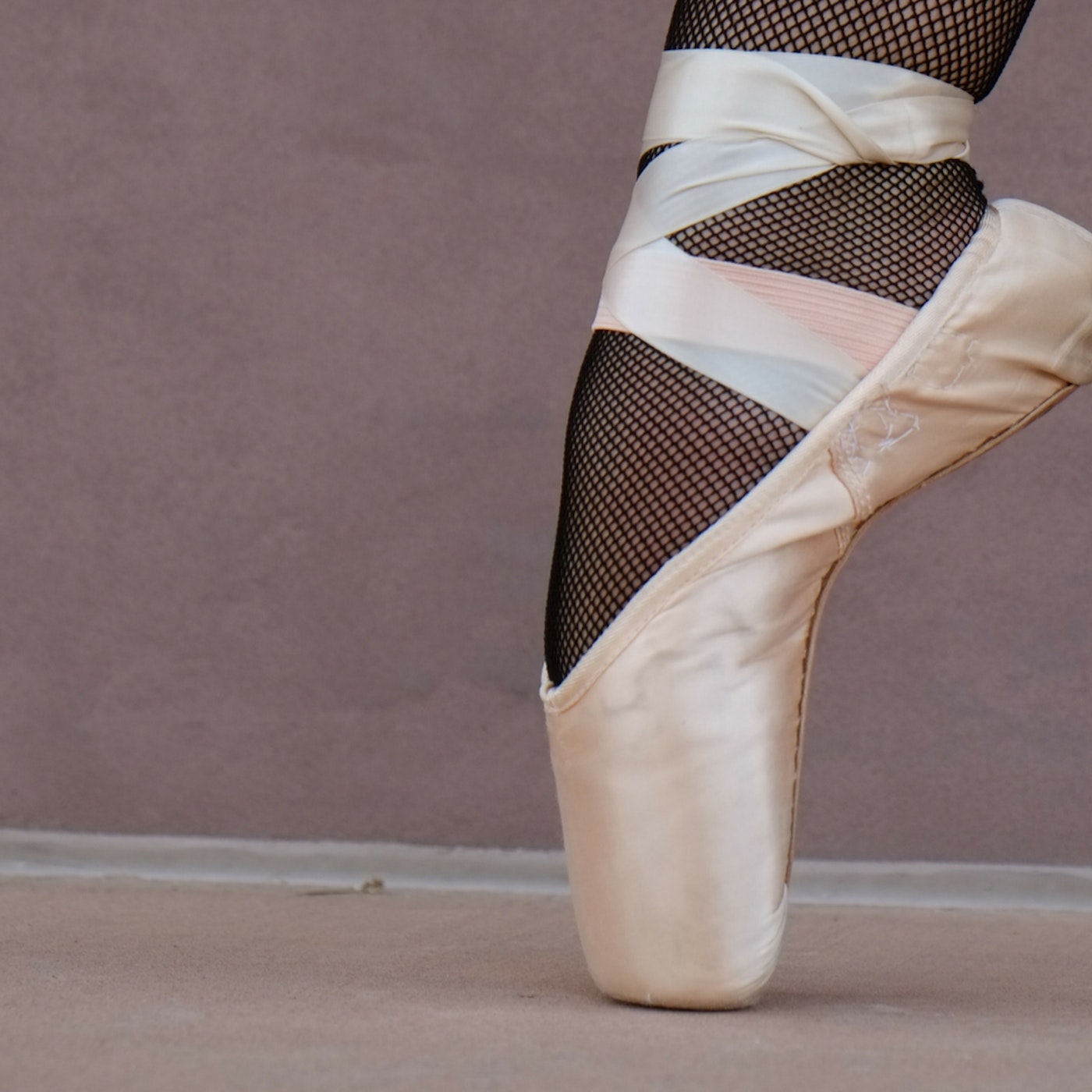 I have always wanted to do Ballet, but as a little girl, I was often discouraged, I was told I didn’t have the right body type, too tall, a bit plump, my feet too big, I guess I was a late bloomer. I was actually quite a curvaceous baby! I also knew, growing up in a Muslim family, that it would mean that perhaps I would fall in love with this gorgeous dance, and be let down, by not being able to become a ‘true’ ballerina in a pretty creme tutu prancing across international stages around the globe. I knew one day, I would wear hijab, and so I turned toward sports that would allow me to wear loose jogging bottoms, like football. I became incredibly skilled in football, in primary and secondary school it was the only sport I absolutely loved.

By university, my friends and I were in search of a fun outlet, to blow off some steam, where we didn’t have to worry about how to dress in a bi-gender environment. We all embarked on women only Muai Thai Kickboxing, we loved it, it was invigorating, we felt empowered. I specifically felt strong, and as a Muslim woman, I often felt like I wasn’t physically strong enough to protect myself should I find myself in danger. I always felt debilitated when I would turn a corner on the street, and feel a sense of worry wash over me as I approach a group of men messing around at the other end. I did this for 7 years.

I learned so much during this time, as a human being, I grew from my trainers and the strong women around me. I went through emotional, spiritual,  and psychological changes. I experienced trauma and found myself powering through it all with patience earned as a badge of honour from training in Muay Thai. I got really good at it, so much so my trainer asked me to participate in a fight night she was organising with different clubs. I accepted, I trained, hard, and finally competed in a fight night against another club. It tasted all too good, the adrenaline, the strength, I finally felt like I knew what I wanted to do, who I wanted to be. I wanted to fight, professionally. The chimes came in again, those chimes reminding me that, as a Muslim woman, I was limited in pursuing this activity that I loved, that I was good at, out of fears of displeasing my creator, and furthermore being put in compromising situations, in compromising attire, and I just couldn’t justify it to myself enough to pursue it. So there I left it, my serious professional career in Muay Thai kickboxing, I continued training but no longer seriously.

So, fast forward around 3 years, there I was, a new job, that I was pretty good at. It was my year of DOING, no longer thinking about it or overthinking it, I was travelling, I was DOING, it felt fantastic. So in my impulsive haste, I searched online for a local ballet class. Before I knew it, I was signed up to Ballet at the Royal Opera House, no less, classes with a principle dancer. I didn’t think, I  just DID at this stage, I was up for new experiences.

I had watched a number of fascinating documentaries about principal dancers that were not white. I watched about a hijabi ballerina in Egypt who had started at the age of 25 and two years later wanted to dance professionally in Paris. I found out about Misty Danielle Copeland, the first African American principal dancer in America who became so on June 30, 2015.  I thought about her elegance and athleticism and the psychological process that she may have needed to overcome to be the best, in transgressing all initial stereotypes about the exclusivity of Ballet, to fling the door wide open for other exceptional African American dancers.

I heard the story of Llanchie Stevenson, now known as Aminah L. Ahmad who was the first African-American dancer at Radio City Music Hall Ballet Company, and the National Ballet of Washington. She spoke about how African American women were not allowed to dance in certain parts of America due to the racial conflicts that were occurring. After the assassination of Martin Luther King,  a principal dancer named Arthur Mitchel of the New York City Ballet started a ballet company for African Americans only to dance Ballet. It was called the Harlem Dance theatre group. They toured the US, Europe, and the Carribean.  She speaks about how prior to this, African Americans in a mainstream way did not dance ballet, they were told they did not have the body or ability for it. Across the board in many mainstream ballet companies, they often told her they didn’t know where to put her in the shows,

“historically it would not be correct, in fantasy ballet like the Nutcracker, a fiction dance, you can have an African American snowflake, and friend of the prima ballerina, as that worked out historically.”

Stevenson at the time noticed her face and legs were a different colour since all the tights were catered to white dancers. She decided to wear tights the colour of her skin, Mitchel liked this and made it a statement in the Harlem dance theatre group.

I heard about how she came all the way into professional dancing, making waves, changing the rigidity of the Ballets high brow racist undertones, only to turn back when she became a Muslim. She began to read a book by Elijah Mohammed, the more she read, the more she applied the knowledge, and the more her life became more successful. The book spoke about Allah, which prompted her to want to know more about Him, she began to attend nation of Islam meetings.  She saw how the rules aligned with her beliefs, and so converted from Christianity to Islam. After Elijah’s death, she learned that there was no need to be separated from other Muslims, since they were all practising in the same way.

I was reasoning with myself,  after watching all of these women in how I could do this, something that I enjoyed without having to compromise on my principles and beliefs.

Entering from the stage door

Approaching the theatre had a lot of symbolism for me, my mother was an actress when she was a young woman before converting to Islam, I felt like Allah’s plan was moving in an intricately succinct and elegant way, it felt like the earth was moving for me to get my dream in a more subtle, and Islam friendly way. To dance at the Royal Opera House! Entering into the ‘stage door’ at the side of the Opera House, on Floral street gave me butterflies, I felt like I was finally in, I was a dancer. The crew looked me up and down in my hijab peculiarly, half amused, half intrigued. It felt electrifying. I was entering into another bubble, one I wasn’t familiar with, the atmosphere felt different like it was made of rare raspberries with a hint of arrogance. I ate it up, all of it, everything was aligning. Echoes of strong male voices vibrating off the walls from the stage, a flurry of dancers scattering past me, their fanned tutus fluttering like half human butterflies. Ballet costumes beige, and dirty as if they had lived a long fruitful life across many stages, I could almost feel their histories, worn in, that had seen vibrant, magical nights across Parisian floors. I became lost in this maze of chaotic brilliance. I fell upon the principal dancer who took me up 3 floors to our mirror filled classroom.

It was real, this grandiose building with pretty mouldings and ornate ceilings. The professional dancers who had perfected their craft. It felt like I was the only ethnic minority, much less hijab-wearing Muslim, but I didn’t mind it, they took me under their wing, respecting that a love for this art form transgresses all, and should be respected. They were intrigued by me but fully welcoming. The first class was a blur of Relevé in fifth, Arabesque penchée, and pas de bourrées, I know me too, I was half bemused, and half enchanted by this combination of words in French that lead to the most elegant combination of steps. I did pretty well in my first class. I followed the steps closely, which was difficult after a long day at work.

Sidenote if you do not have good hand-eye coordination, don’t be discouraged, the steps are difficult at first, but soon, when you feel it, as opposed to worrying about what it looks like, a beautiful thing happens, everything aligns.

Dance is for you to feel, and when people watch a dancer they are really observing a human being in their full glorious form, they are witnessing what it feels like to express what one is feeling through movement, and it is infectious. The observer loves to experience this sensation it is what makes people drawn to the art.

Back in the class, it began, and all my favourite movies rolled out into the next hour. The soundtrack of UP, Jurassic Park and Harry Potter echoed across the open air creme room. I didn’t care about perfecting the moves, I just felt elegant, my posture better, feeling good was infectious, you could tell every single person felt the same. We were all at different levels, and we were all different shapes and sizes, but in unison trying the same movements. I imagined all other dancers who had felt how I had felt on that first day. I thought about how many stories and disappointments had echoed around the walls of this classroom, for decades, and the pain felt in their satin shoes, and how Allah created us all with different loves and ways to pass our time here on earth. But a unifying imaginary line connects us all past and present.

“If you have a talent,  and you want to pursue it, pursue it with all the effort Allah has given you, make sure it is in the Islamic guidelines, talk to your imam, ensure whatever you are doing, it is for the pleasure of Allah, and not what He will be displeased with.”-  Aminah L. Ahmad Ballerina

Thursday is an undercover new ballet dancer breaking into the prestige high brow ballet world, learning ballet at the Royal Opera house in convent garden. Follow her hilarious but fascinating journey and perspective as your everyday hijabi Muslimah.

By Thursdays we wear black

Struggling to Connect With the Quran? Tried Quran Journalling?