by Sister Coders in Lifestyle on 23rd August, 2018 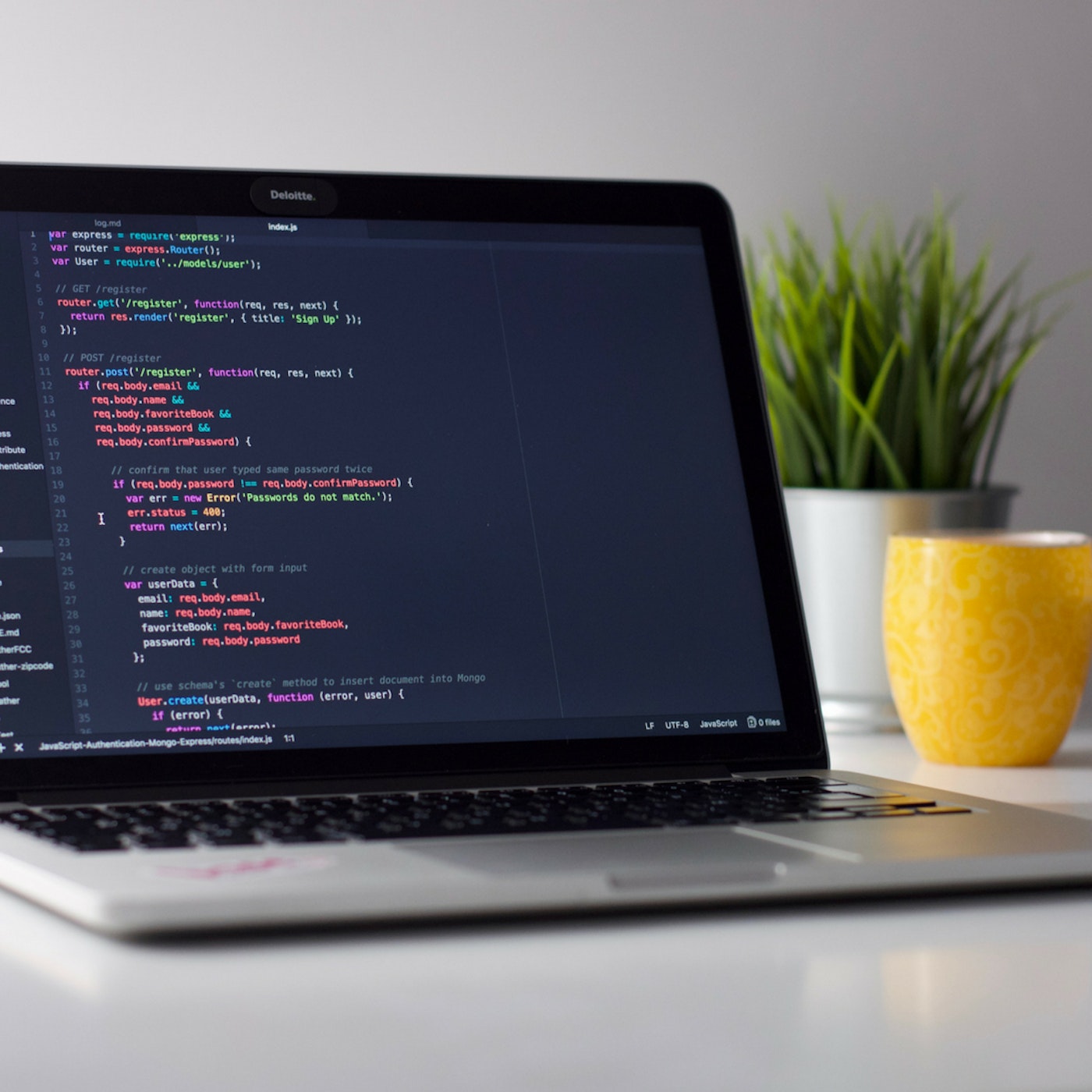 The Guardian published an interesting article about women who code, it relayed the importance of teaching women how to code to combat gender inequality in tech, however, it also raised an interesting find, “the women who are so assiduously learning to code seem to be devaluing certain tech roles simply by occupying them.” Funnily enough, within the world of coding, the world’s first computer programmer founder was a woman – Ada Lovelace. According to Girls Who Code, “women currently hold 24% of the jobs in computing—a level that has held steady since 2011, according to data.”  Percentages are reported to likely  fall to 22% by 2025, “if no new efforts are made to create and sustain young women’s interest in computing, from junior high to university.” Ultimately tech is not a field that currently caters to, or helps sustain women who choose to enter the field. Two sisters decided to tread the path of coding, as Muslim women, this was what happened…

1. Females must jump head first into this male-dominated field

You learn a lot about yourself and about how much you’re capable of when you’re put into situations that are very unfamiliar and unknown to you. We’re used to getting good grades, straight A’s all across the board, but this major taught us that you’re not always going to get the grade you have worked hard for. And that’s okay. Because your grade doesn’t reflect everything you know and every skill you’ve mastered – you and your quality of hard work does! So here is how we got into the marvellous world of coding…

Computer Science wasn’t something that we were introduced to from an earlier age either (i.e. – the way English and History classes were introduced to us since the beginning of time), and as we only became Computer Science students in University, it became apparent that a lot of our male peers were programming wizards. We both stumbled into  Computer Science by taking a general requirement course (a course that all University students have to take in order to graduate) called Introduction to Java while we were both individually pretty much en route in other majors.  I (Sarah) was majoring in Mathematics with a concentration in Education whilst Sahara was still trying to find out what it was she wanted to study and dedicate 4 years of her life to. To be fair, she thought she was going to major in Chemistry, but a summer course in Chemistry chucked her right off that path – it was like a ride that she walked off of before it even began.

Coding and starting up Amaliah. Listen to the story of how it all started, ‘Life before Amaliah’ over on our podcast, ‘Amaliah Voices’

We were the only Muslim girls in class, which meant that we stood out a whole lot more. The thing is, computer science students have a reputation, you may envisage some guys who sit behind a desk 24/7 not socializing isn’t what this field is about at all. Try conversing with techies or tech students on a real level – and you’ll see how oh so similar you all are guy or girl – really majority of the students are trying to figure things out in life and have a good laugh whilst doing that. But the difference in this field, we felt oftentimes, WE had to be the ones to reach out to others and often felt it was not reciprocated. Our Computer Science class boasted a majority male population with little to no diversity sometimes. We often found ourselves asking where are all the women? We were usually the only females in class that were Muslim. In our beginner Computer Science courses there were perhaps a good 5 females in total, per class. We didn’t let that deter us from continuing though, because the glass ceiling had to be shattered eventually – but that didn’t mean it wasn’t on our minds a good portion of the time. We learned that our professors were incredibly surprised that we made it this far as Muslim women.

We felt this was the major we were destined for. After that general requirement course, it was safe to say that we learned a lot more than we expected about the tech field.  The powerpoints were actually pretty useless when it came to assignments because the professors would ask for something they didn’t teach (which was actually a reoccurring theme in our degree). We learned that we could teach ourselves material and actually teach ourselves a coding language by the deadline. We also learned on a larger scale that coding really meant learning about how everything around us functioned –  our calculators, laptops, toasters (yes, even toasters) etc., and that fascinated us, to say the least. And although the professors weren’t the best, the major was.

When we were in our humanities classes, there was either a good mix of male and female students from diverse backgrounds or a higher percentage of female students. Biology classes were more popular amongst Muslim men and women, however, this subject required us to have a Computer Science major.

Computer Science courses loved pulling the ‘Group Project’ card with a 4 student per group minimum. We’re both outgoing and talkative, however, a large portion of the students we encountered in our classes weren’t. Many male coders kept to themselves, and coded, they seemed to have zero time for any sort of socialising, the kind of thing we enjoy every once in a while. We noticed, that in some instances the stereotype was true.  That was until teamwork was introduced, for an in-class assignment and they were forced to see who else was actually in the class. The groups either went with the self-assured smart guy who always knew how it was done, talking extremely fast to an extent where we were forced to work together and work to actually figure out the solution to the coding prompt we were given as a team. For the latter, we first had to re-teach ourselves the material that our professor didn’t really teach to actually solve the problem.

5. Group studying can either be a hit or a miss

We avoided study focus groups at all costs until our exam grades truly needed some TLC and a little reviving back to life. In the beginning, we tried group studying but those quickly turned into quality tea sessions filled with complaints about how much the students hated the professor for giving an exam and not a lot of focus was on facing problems that would guarantee that we wouldn’t fail terribly. For our very first major Computer Science course, Sahara got a 24 on an exam and I also got a low mark – so we weren’t all that immune to failing terribly. That was something that was hard for us to digest. You’re not always going to get the grade you’ve been used to seeing your whole academic life, because this is a whole different field, that was a huge life lesson we learned. We couldn’t continue to learn by getting those A’s all of the time, and it took us quite some time to ingest that and realize there’s less room for growth that way.

For our very first study group, it was pretty obvious that the students were there to bash the professor about not giving us enough helpful guidance, come exam Day they were calling on good ol’ Google to save them during the exam.

For our very last major course we were struggling to stay afloat, and our first exam grades back might as well have been our flag of surrender to the field of Computer Science. That was how we found ourselves in Group Studying for Round 2. It was a group of about 7 people, 4 guys and 3 girls.  One who semi-understood what was happening in the class would take the time to help us out. The great thing about this group was that if one person didn’t understand something then we’d all work to help. This actually ensured that we ourselves knew the material inside and out. Every combination of a problem, every ‘what if’ this ‘what if that’ helped us all to understand the theory and concept more. We continuously wrote down practice problems until we couldn’t do them anymore (i.e. – it was Exam time for every course) and by the time we got to the exam, we were feeling stressed but prepared.

A few months later, we received the high grades we were looking for, of that 12 o’clock midnight stay on campus ensuring we got the material down (rest in peace sleep schedule).

Sarah and Sahara from CodingSisters both have a Bachelor's Degree in Computer Science, two sisters who are really passionate about encouraging other girls to take the tech plunge. When they're not coding their lives away, one half of them is out running and the other half is out walking with nature. Find them on their IG Page, @CodingSisters!

Here Is an Explainer of How Allah’s Rizq Works