13 Ways to Be Forgiven: Starts With Fasting on the Day of Arafat

by Shazia Chowdhury in Soul on 9th August, 2019 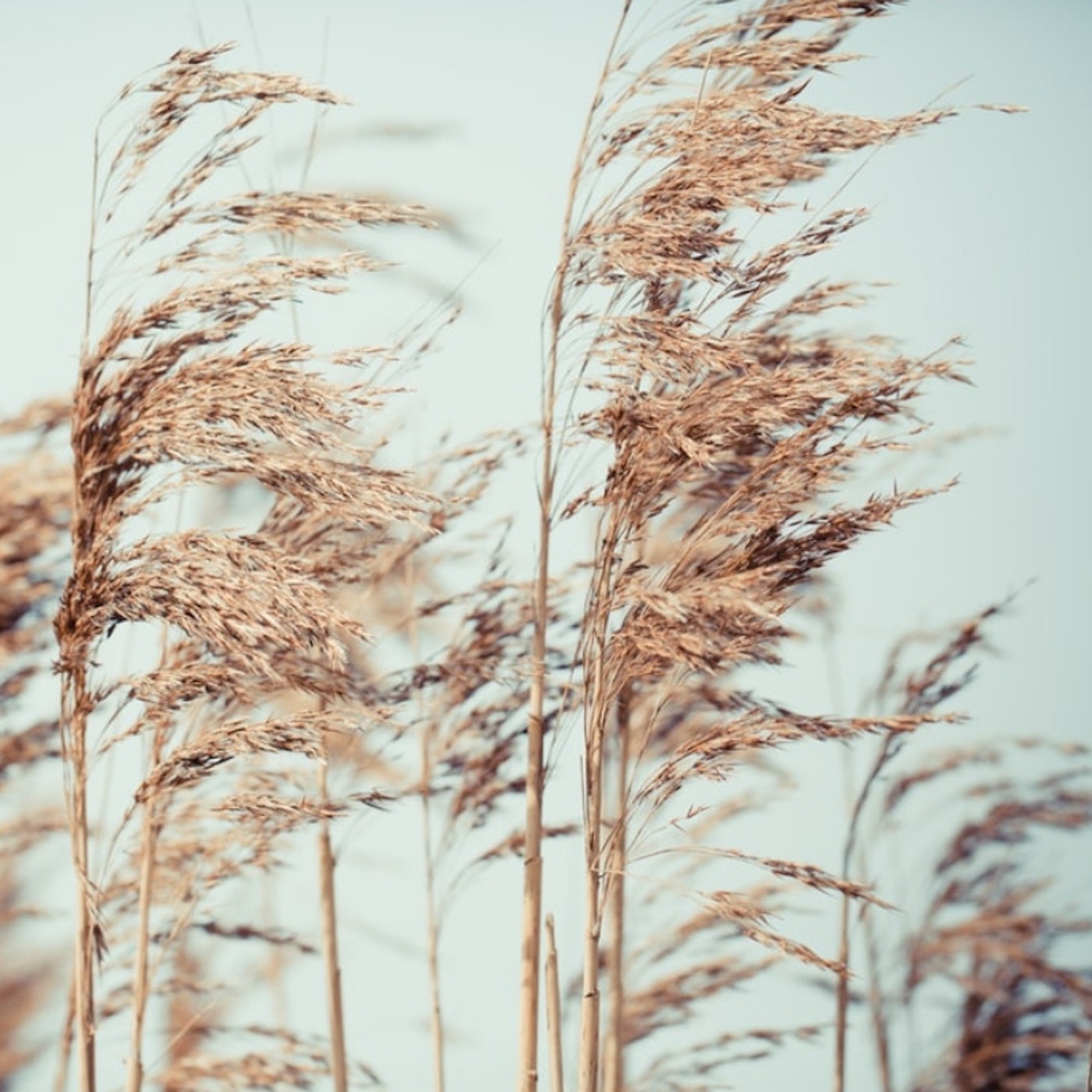 Alhamdulillah, we have a variety of ways to call out Allah (SWT) to get our sins forgiven. We have ways to get our previous sins forgiven and the sins that we will make in the future to be forgiven as well. Most of the time, we hear that after doing a mistake or a sin, if we raise our hands and make Dua and seek forgiveness we will be forgiven. Yes, that is true. There are many other ways, which we need to adapt in our lives to seek forgiveness from Allah (SWT). Sometimes, people get bored in doing the same thing over and over again, therefore we should be aware of the different methods and ways that we can perform to get sins forgiven. Before choosing any method, we must ensure that we:

Ways to get our sins forgiven…

1.Fasting on the Day of Arafat

Prophet Muhammad ﷺ said:“Whoever says ‘SubhanAllah wa bihamdihi’- 100 times during a day, will be forgiven for all his sins, even if they are like the foam of the sea.”– Sahih al-Bukhari & Sahih al-Muslim. This is a Dua that is beloved to Allah (SWT). It is light on the tongue and heavy on the scales of reward.

This is a Dua where we praise Allah (SWT) who sustains and grants us with food without any doing of our own and without the power of our own, meaning we acknowledge Allah’s (SWT) power, perfection, and sustenance. It shows us how we did nothing to deserve the food, and it’s all from the rizq of Allah (SWT), sustenance of Him and the doing of Him. Just by saying this Dua, Allah (SWT) will forgive all our previous sins, because we ate and acknowledged that it wasn’t us who provided the food, but Allah’s (SWT) perfection to provide. We have to be grateful and thank Allah (SWT), and this will brings sustenance in our life, blessing our your life and bless us in our Hereafter as well.

Prophet Muhammad ﷺ said:“When the Muslim or the mu’min (believer) makes wudu, when he washes his face, every sin that his eyes has committed (whatever haram we may have looked at, if we didn’t lower our gaze when we were supposed to, if we spied on someone we shouldn’t have) wash away with the water or with the last drop of water. When he washes his hands, every sin his hand has committed is washed away. When he washes his feet, every sin that his feet walked towards is washed away with the last drop of water until he comes out of making wudu free of sin.”– Sahih al-Muslim

Wudu is a process of cleaning yourself with water (anything that comes from the face of the earth- in the case of Tayammum) and at the same time, it washes away your sins. It is also a way you humble yourself in front of Allah (SWT).

Prophet Muhammad ﷺ said:“Whoever purifies himself in his house then walks to one of the houses of Allah in order to perform one of the duties enjoined by Allah, for every two-step he takes, one will erase a sin and the other will raise him one degree in status.”– Sahih al-Muslim. Sins are forgiven with every step that we take, while walking to the Masjid along with a rank raised. This includes, all those steps we take getting out from our homes to the door of the Masjid. Regarding driving to the Masjid, Allahu-alam, Allah knows best. When we are walking to prayer, not only have we cleansed ourselves with wudu, but the mercy continues as we proceed to the Masjid.

6. Waiting before prayer, Angels pray for your forgiveness

Prophet Muhammad ﷺ said:“The angels keep on asking Allāh’s forgiveness for anyone of you, as long as he is at his Musalla (praying place) and he does not pass wind. They say, ‘O Allah! Forgive him, O Allah! be Merciful to him.” – Sahih al-Bukhari. Simply for waiting for the prayer, such a simple thing can Angels pray for our forgiveness and mercy.

8. When in Ruku and Sujood, sins fall away

Prophet Muhammad ﷺ said:“When the worshipper stands up in prayer, all his sins are brought and placed upon his head and shoulders, so whenever he bows and prostrates, they fall from him.”- Bahyaqi, Tabaraani, authenticated by Al-AlBaanee. When we are praying, all our sins are on top of our heads and shoulders. We must concentrate and hope for Allah’s (SWT) forgiveness. Every time we go to Ruku, with humility and submitting ourselves to Allah (SWT) “O Allāh, I submit myself to You. O Allāh, I turn my life away from the life of sin and I commit myself to You!” With this humility, sins fall off our shoulders and head every time we go to Ruku and Sujood.

9. Sitting and saying ‘Rabbighfirli’ in between Sujood (Prostration)

After our prayer, the Sunnah of Prophet Muhammad ﷺ is to say “Astighfirullah” – 3 times. We ask for forgiveness and hope that Allah (SWT) will pardon our shortcomings and transgressions.

Adhkar is the remembrance of Allah (SWT). Muslims miss out on simple Adhkar after every obligatory prayer. It is easy on the tongue and brings baraqah in life. After we carry out our daily routines and reciting these adhkar can shield us from sins as we become more heedful of Allah (SWT).

Prophet Muhammad ﷺ said: “The five daily prayers and one Jumu’ah to another Jumu’ah is an expiation of the sins committed between those times so long as one is not guilty of major sins.”– Sahih al-Bukhari

Prayer is an expiation of all minor sins. If you pray Fajr and Dhuhr, Allah (SWT) forgives the small sins committed between those times. From Jumu’ah (Friday prayer) to Jumu’ah, is a week, and in between that time, if you have committed sins, that will also be wiped away by Allah (SWT).

Abu Dawood narrated that Abu Bakr said:I heard Prophet Muhammad ﷺ say:“There is no one who commits a sin then purifies himself well and stands and prays two rak’ahs, then asks Allah for forgiveness, but Allah will forgive him.”

If a Muslim falls into sin, whether it is a major or minor sin, he should repent from it immediately and it is recommended for him to pray these two raka’ahs for seeking forgiveness from Allah (SWT).

Prophet Muhammad ﷺ said: “Whoever fasts the month of Ramadan with faith and hoping for its rewards shall have all of his previous sins forgiven for him.”– Sahih al-Bukhari & Sahih al-Muslim.

We should fast upon true Imaan (belief and faith) and entail our fasts being performed sincerely and purely for the sake of Allah (SWT) in order to seek the reward.

Shazia Chowdhury is a student of the Qur’an and Sunnah and loves to share beneficial knowledge and voices out her personal insights to connect with people. Produced her first- Ramadan Booklet in 2018. Founder of an NGO, which helps the poor to live life healthier and happier. On a side- she adores being a foodie, an explorer as well as a nature lover!

The Path Is One Path: If All Sacred Places Become Worldly, Who Will Need Sacred Spaces?