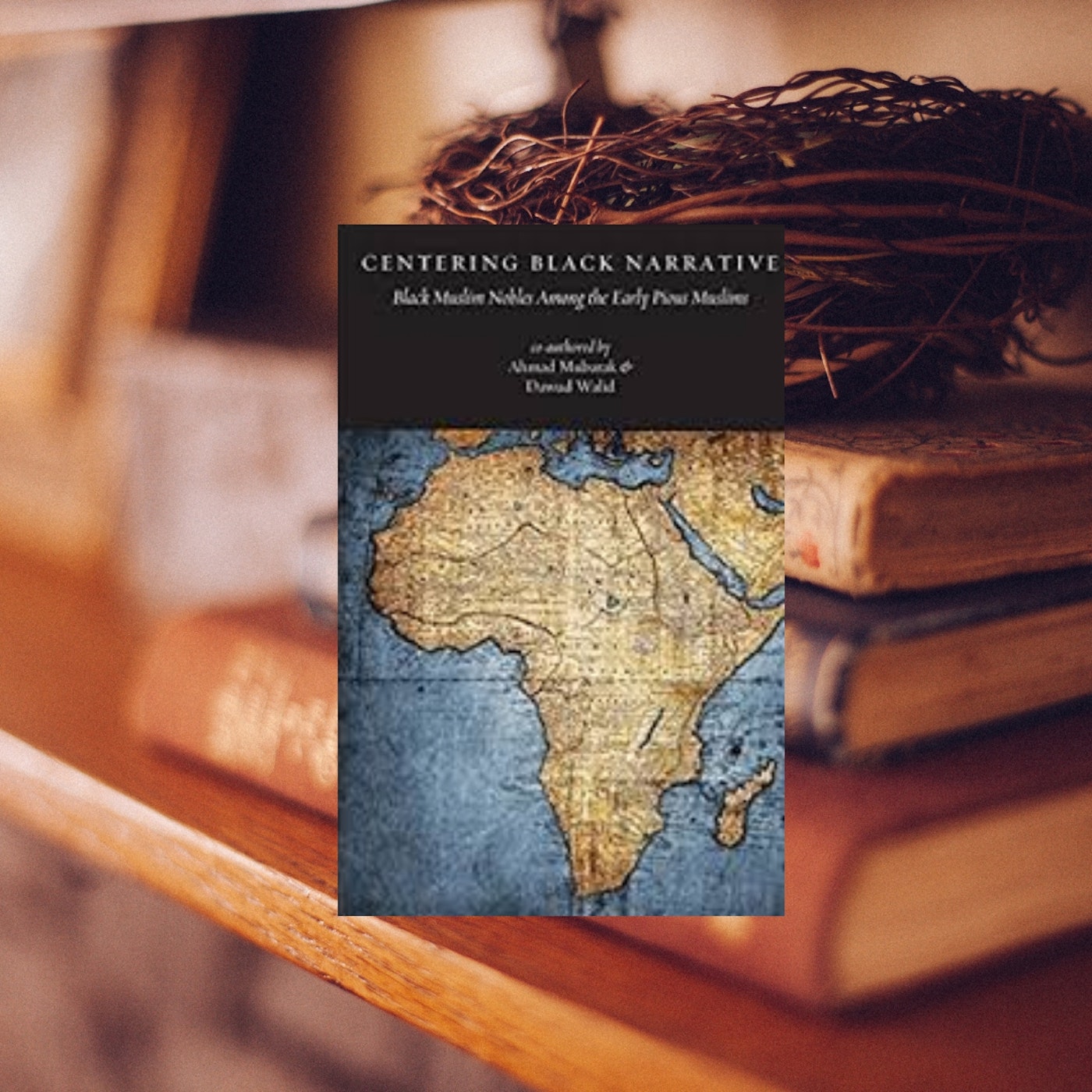 Black Muslim Nobles Among the Early Pious Muslims was written by Dawud Walid an African
American imam and Ahmed Mubarak an Islamic educator. The aim of this book is to explore the
meaning of ‘Blackness’ in relation to Arabs in the time of the Prophet Muhammed (SAW) and the
early centuries of Islam. In particular, how this information can give us an insight into race relations
in the Muslim world today.

Before I opened the book, the front cover already spoke volumes, a picture of Africa and the middle east dominates the cover page illustrating the connection between these lands that are often seen as two separate entities in our modern times. The map is pre-colonial therefore there are no lines distinguishing independent nations, no Sahara and sub-Saharan separation. But instead, a united African continent closely linked to the Arabian peninsula. What I love about this book is that is doesn’t just list a bunch of black sahabas and sahabiyats. It firstly spends a significant amount of time deconstructing the socio-scientific origins of race.

“Race is nothing more than a sociological phenomenon rather than a biological fact. This is not to imply that race is not ‘real’. It is to say, rather that race is in actuality a collective consciousness and sense of solidarity through the experience of one particular group of vis a- vis one or more others”.

It almost seems ironic to state race as a social construct in a book that puts emphasis on the black
race. However, I believe it’s very important to clarify what is meant by being ‘black’ in the first place
as the inclusiveness or exclusiveness of blackness or whiteness is dependent on history and culture.
The book emphasizes this by highlighting many hadiths that show how Arabs viewed themselves in
the time of the Prophet Muhammad (saw). One of which is the following:

It really highlights that although most modern day Arabs see Blackness and Arabness as mutually
exclusive in the time of the Prophet Muhammed (saw) there wasn’t a clear distinction. There are many sahabas that were Black African and Black Arab and some that were both. Most Muslims think that the only black person that was around at the time of the Prophet Muhammed (saw) was Bilal ibn Rabah (RA). This book completely dispels that myth by giving detailed summaries of 22 male and female sahabas as well as listing many others.

One of the sahaba’s that I didn’t expect to be in the book was Imam Ali ibn Abi talib, an important
and well-respected figure in our religion is described by some accounts as ‘ Adam shahid al udmah’ the word Adam referring to the colour of the earth, therefore, meaning extremely dark. Although as Muslims skin colour in itself is not important we are judged only by our deeds. It’s empowering to know that there were many dark-skinned Arabs and Africans in the time of the Prophet Muhammed (saw). It helps to reaffirm my confidence, especially with the difficulties of intersectionality that comes with being a Black Muslim. From issues of colourism that we face within our Muslim communities to the dismissal of our blackness by some pro-Black groups that claim that Islam is anti- Black. However, knowledge is power as neither be true when you discover that some of the forefounders of our religion were dark skinned.

Sometimes many of us Black Muslims feel that we are treated as the new kids on the block by other
Muslims as if Black people being Muslims is a new thing. This book educates and legitimises the role of Africans in the story of Islam through its many examples from the companions of the ditch in Surah Burooj to how Africa was a place of refuge for Islam when Muslim were being persecuted. The whole book is only 100 pages it’s small but the mighty message is very easy to read and can be easily be used to teach children in madrasas as well as being not too time consuming for busy adults. I highly recommend that all Muslims purchase a copy and educate themselves so we can educate our communities.