by Amaliah Team in Lifestyle on 13th December, 2018 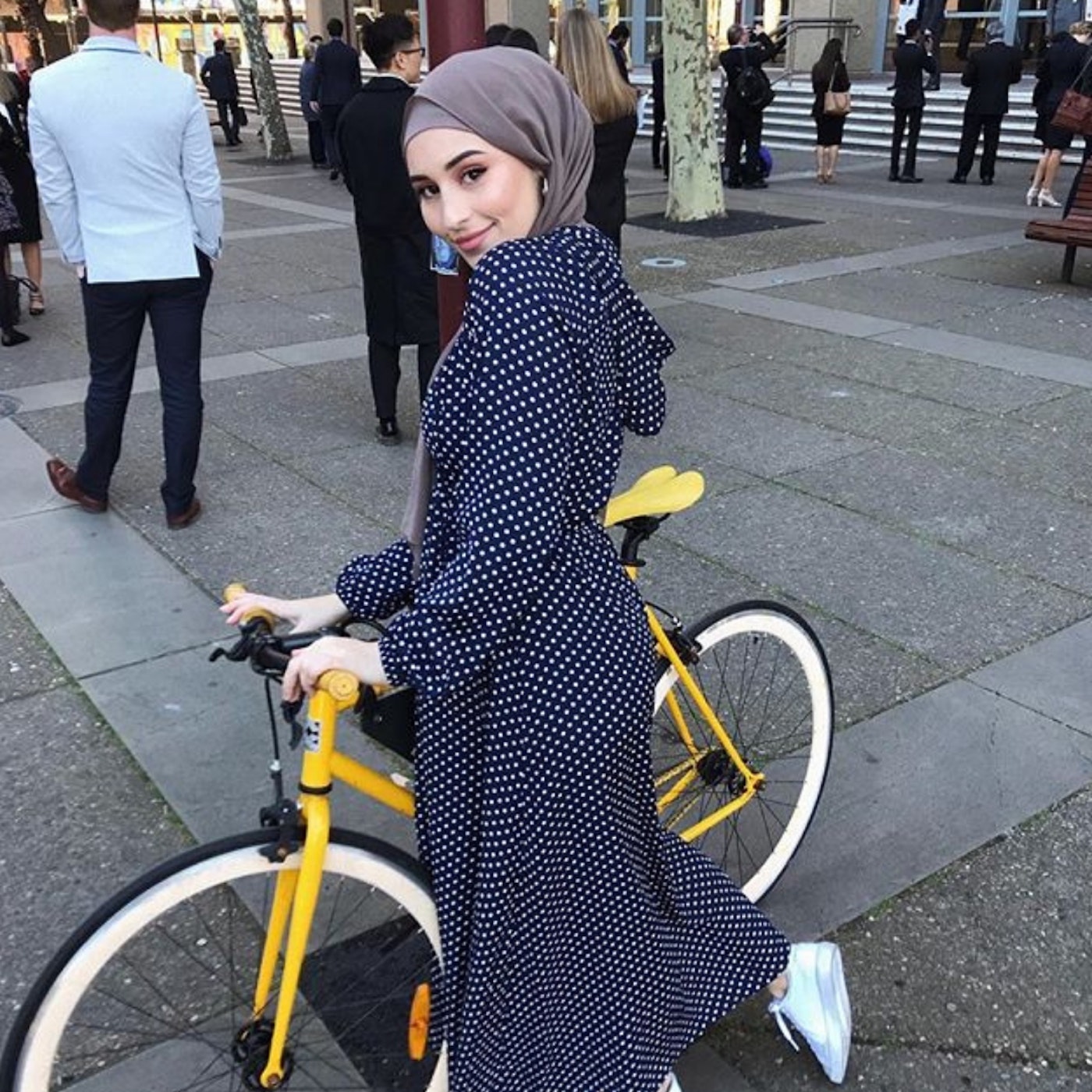 A hashtag #protectyounghijabis has been circulating recently and young Muslim women have been urged to be on high alert and mindful when navigating online spaces as a sexual predator has been using a major Australian modest fashion brand @hijab_house with 525,000 followers as a way to get underrage muslim women who wear the hijab, to film and take pictures of themselves in sexual compromising positions, uncovered, in exchange for a promise of a modelling career in modest fashion. The fashion brand believe over 900 of its followers have been approached, and 50 have fallen victim to it in some way.

Such exciting news! The original Striped Catalan Dress is back in stock online and instore, and you know us. We never repeat items 😉

The modest brand has said, “The conversations often go for weeks and they’re done in a way where trust is built up. It’s all tailored to each specific girl, her life, and her online presence.They pretend to be Hijab House, and they have a verification message from us that’s been falsely created to show that he’s a consultant for us.”

Reportedly the reason young women are falling prey to the online sexual predator, is due to the fact that they believe they are being contacted by a Muslim woman. Which explains why young girls as young as 13  show their body for a modelling job. “As a 13 or 14-year-old they don’t know that’s not right. He says to the young girl, ‘tell me to hold up fingers and I’ll show you I’m real’, and he’ll send them photos of other women holding up the same number of fingers.”

“The conversations often goes on for weeks and they’re done in a way where trust is built up. It’s all tailored to each specific girl, her life, and her online presence. They pretend to be Hijab House, and they have a verification message from us that’s been falsely created to show that he’s a consultant for us.”

Recently there has been a scam that has been targeting young hijabi girls. Multiple accounts have been pretending to be working for @hijab_house . These accounts have been messaging these young girls & manipulating them into sending inappropriate things. It has been affecting hundreds of young hijabi women & causing severe anxiety in many. This is so upsetting & more awareness about this issue has to be spread. I created this artwork using a @fabercastellglobal black polychromo pencil ✏️ #protectyounghijabis #awarenessthroughart . . . . . . . . . . . #art #artist #awareness #drawing #artwork #hijabi #hijab #draw #draws #bw #butterfly #butterflies #rose #pencildrawing #fabercastell #polychromo #paper #arty #Muslim #Islam #scarf #peace #kindness #black #white #instaart #instaartist

Staff have issued public statements revealing what has happened, asking the local authorities to get involved, as well as using Instagram to report the user.

To our followers, we really need your help. Please read: Recently there’s been a scam targeting young hijabis. An account has been pretending to work for us and has been manipulating young hijabis into sending inappropriate things via DM. They claim to work for Hijab House but they do not. Since we first found out about this issue, we have had about 900 girls approach us about it. Swipe to see some examples (warning: some explicit language). The account has been blackmailing young hijabis: forcing them to do things using threats, asking them for personal details, making stalking claims, intimidation, bullying and downright harassment including sexual harassment. If this is not enough to remove an account @instagram then what is? What’s worse is that the police won’t get involved because it’s “not enough”. What’s even worse than that is they’re using our brand name as a means of taking advantage of the followers we love the most (@instagram doesn’t seem to have a problem with this kind of impersonation). After hundreds of reports to @instagram, they still have not shut down the account and have not blocked the user from the app. The scammer is using multiple handles that constantly change so there’s no point in tagging them here because they’ll just change their account again. This also is not an isolated incident. It’s affecting thousands of young women, some experiencing severe anxiety and fear. So we need your help to spread the word. Share, tag, post to your story, do whatever you can to spread awareness about this issue. We’re using the hashtag #protectyounghijabis. Tell your friends, sisters, followers, everyone. The only way to stop this is if we get enough people to become aware of the dangers of cyber harassment and the dangers of this account. If you’re a parent, have a conversation with your children about staying safe online. If you’re a child, always be comfortable to talk to your parents about online harassment. If you’ve been personally affected by this account, please do let us know and we can try to help. No one messes with our followers. We won’t let that happen. Please spread the word. HH

However, the brand has seen little support or action from local authorities making it difficult to action anything, as they reported the incident to Crime Stoppers on Tuesday, however was told to contact thir local police station Granville Police. The representative was met with extreme disinterest, and the severity of the situation was downplayed majorly. He was also later told to report it on Instagram. However Instagram did not respond with much urgency either.

“I am shocked and bewildered at the lack of action by Instagram,” said Houcher the brands representative. As a billion dollar company they can afford to have the resources to have a task force to deal with this sort of thing”.

Not long after the representative contacted the Office of the eSafety Commissioner and they didn’t help. They echoed what the representative had already done, to report it to the local police, and Instagram. This was only taken seriously enough as a case, afte the representative showed the Australian Federal Police screen shots of the scam.

Muslim Sex Education, We Can Not Deny Muslim Youth Are Sexually Active

“When I sent them, I immediately got a call from an officer and they said they’d be investigating it.He wants the broader community to be aware of how this predator operates, to help shut him down. If this scammer is getting through to some girls then he’s going to keep doing it, but if he’s constantly getting blocked, then he won’t be able to find fresh victims.”

The Australian Federal Police, have confirmed that they are aware ofthe ongoing case, which has been referred to them as the hijab grooming case.

They said to 10 Daily, “We have received reports of an individual posing as an employee of the company and asking the young people – many aged between 13 and 17 –  to provide sexualised images of themselves. These photos are then used to blackmail the victims into sending further images. The AFP is currently assessing the matter.”

Amaliah has contacted a representative from Hijab House to comment. If you have been affected by the contents of this article turn your rage into action, and report the incident to Instagram, we can make a change in numbers follow the simple instructions below.