My Struggle With Hair Removal: Being Intentional About Loving Myself 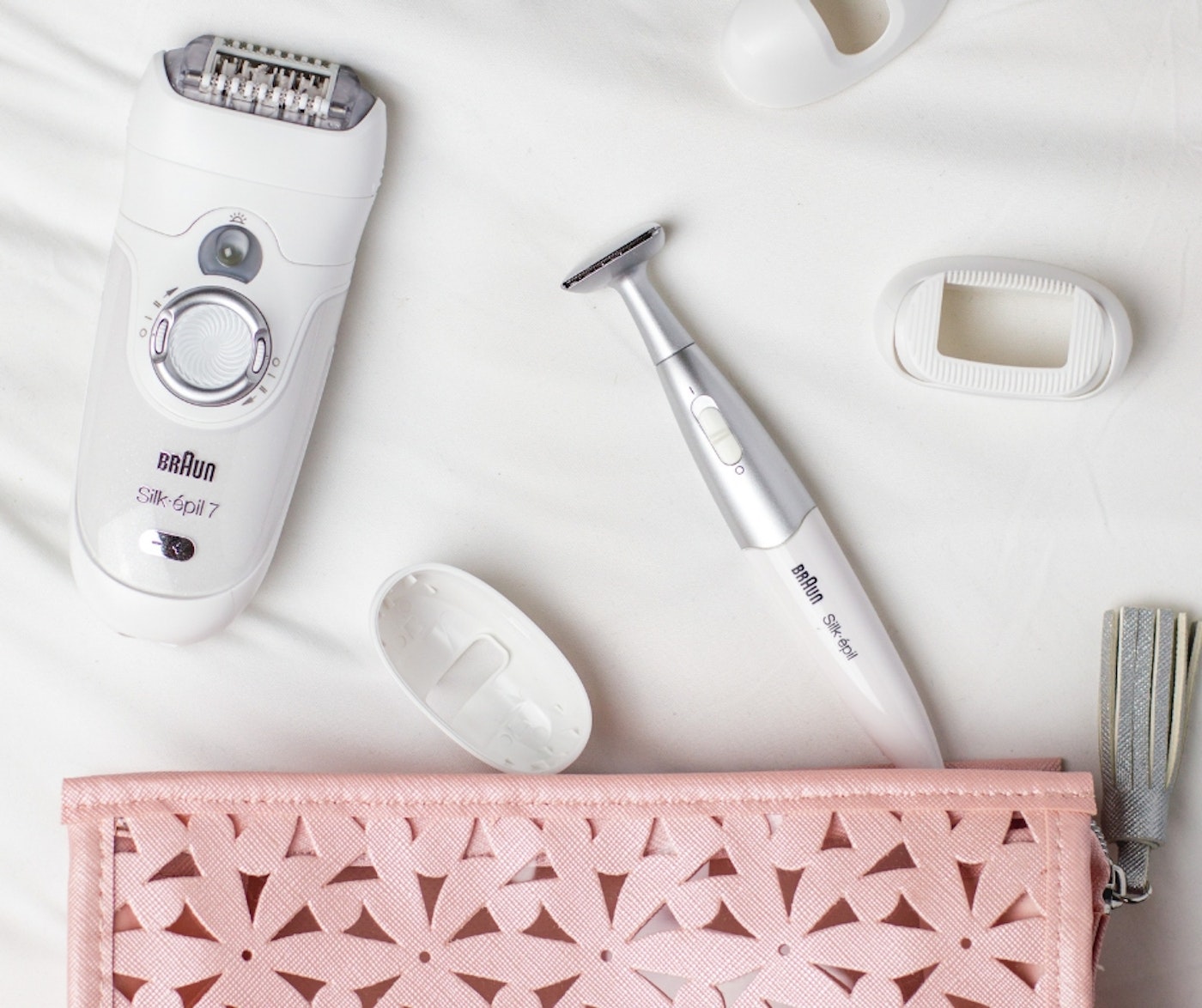 My first experience of hair removal was seeing my mother standing over the gas stove, skimming her forearms over the blue flame, time and time again until the smell of burning hair reached my nostrils and I cringed in bewilderment. It happened every month and for some reason, I never asked what she was doing, and she never volunteered to tell me. But I remember thinking it looked like a dangerous game.

The first time I tried to remove my hair was when I was around 12 years old. I came home from school mortified since a boy in my class had pointed out my ‘tash’ – something I guess I knew I had, but didn’t know was a big enough deal to be pointed out. I was young enough to be naive to the point I hadn’t considered that in the sea of white kids who attended my school, I was different. After my mustache had been pointed out I went home and headed straight upstairs to the bathroom. I closed the door and picked up a razor in the cupboard. It was pink and relatively non-threatening in appearance, yet to me, it represented itself as a solution to a problem I never thought I had before that moment. I felt hurt, embarrassed, unsure, confused. I took a deep breath and shaved my upper lip hair off.

It was beautiful and smooth after that, and I was pleased – until stubble showed up in its place two days later, which a girl in my class pointed out. She wasn’t trying to be mean, she mainly pointed it out in curiosity, but still – at that stage, I was ready to go home. When I did eventually make it home that day, my mum took one look at my upper lip before handing me facial hair bleach with a brief explanation on how it worked. It was my first taster on what it meant to be not just a woman, but a Pakistani woman. It was a relief to be brought into this secret world. That being said, we never spoke of it again.

My skin is yellow toned – browner in places that deepen in the summertime but generally yellow enough that my coarse black hair can be seen wherever it may grow. My upper lip hair was not my only problem. I had hair everywhere – my lower back was fluffy and darkened with hair, I had a snail trail down my stomach, I had aunties softly suggesting I wax my forearms. Even my toes couldn’t escape the fuzz. I looked at the stray hair invading my big toe, grabbed it between my fingers, ripped it out and yelped in pain and anger. It was the early noughties and I looked at Goddesses like Britney Spears on TV, all blonde with low hanging jeans and belly tops, writhing their hairless bodies across the floor. I didn’t know how to begin removing all my hair.

I went through a routine of de-fuzzing with a razor for a few years, and the maintenance it entailed stressed me out… My mum then recommended I try her epilator. I had a few stray chin hairs, so I thought why not? Somehow, the epilator encouraged my hairs to grow back 10 times thicker. At this stage, honestly, I almost had a panic attack. I went to my local threading shop and they removed it, but that just seemed to make it worse.

There was a time when my threading lady called her manager over to look at it, as they debated the best way to remove it. “Shall I wax or thread it? Why is it so thick?” I lay back on the chair and blinked back tears. They were talking about me as if I weren’t there, as if I was a freak. I felt like one. I didn’t even want to go out anymore, and when I did I wrapped a scarf around my neck and half of my face – even in the summer.

It was at that time that despite being low on funds, I went to a laser hair removal specialist. Laser worked really well for me – a zap on my chin, a zap on my toes, zap zap zap on my snail trail, zap on my neck. In the coming days after my laser treatment, I watched hairs drop out and my hair gradually vanish. I couldn’t believe how I had been living my life – spending every evening plucking at random hairs, wearing a scarf to hide my face, insecurity ruining my quality of life.

A year later and the hairs grew back – still long and dark, but a lot finer – while you can barely feel them, you could see them. I wanted to just be rid of hairs on my face at the very least. The laser specialist referred me to their electrolysis therapist, and oh boy was it painful. Dreadfully painful. I’d leave every session with scabs all over my chin and after three sessions I saw no improvement, so I decided to stop. I had scarring that lasted around a year, and in that time I had to apply copious amounts of aloe vera and expensive balms to heal my scarred skin.

These days, I get laser hair removal treatment twice a year to keep the hairs at bay. It hasn’t gone completely, but it works- good enough – at least until I find something more useful.

In the meantime, I am trying to find some peace with my body, my hormones, my mind. No, I don’t think I will ever let my body hair grow, or find it liberating. It just doesn’t make me feel pretty, and I won’t end this on the pretense that I have learned to accept myself at my most natural. Society and all it expects of women have close to killed that hope of mine. But sometimes, when I glance at my poster of Frida Kahlo on my wall, so beautiful not in spite of but because of her upper lip hair and unibrow, and I wonder if that could change one day. After all, the models we see on billboards and in magazines aren’t the real deal – we are.

How to Use Pinterest to Set Your New Year Goals