How Do Muslim Women Access Their God Given Rights? #TheJudge

by Nafisa Bakkar in Identity on 4th December, 2018 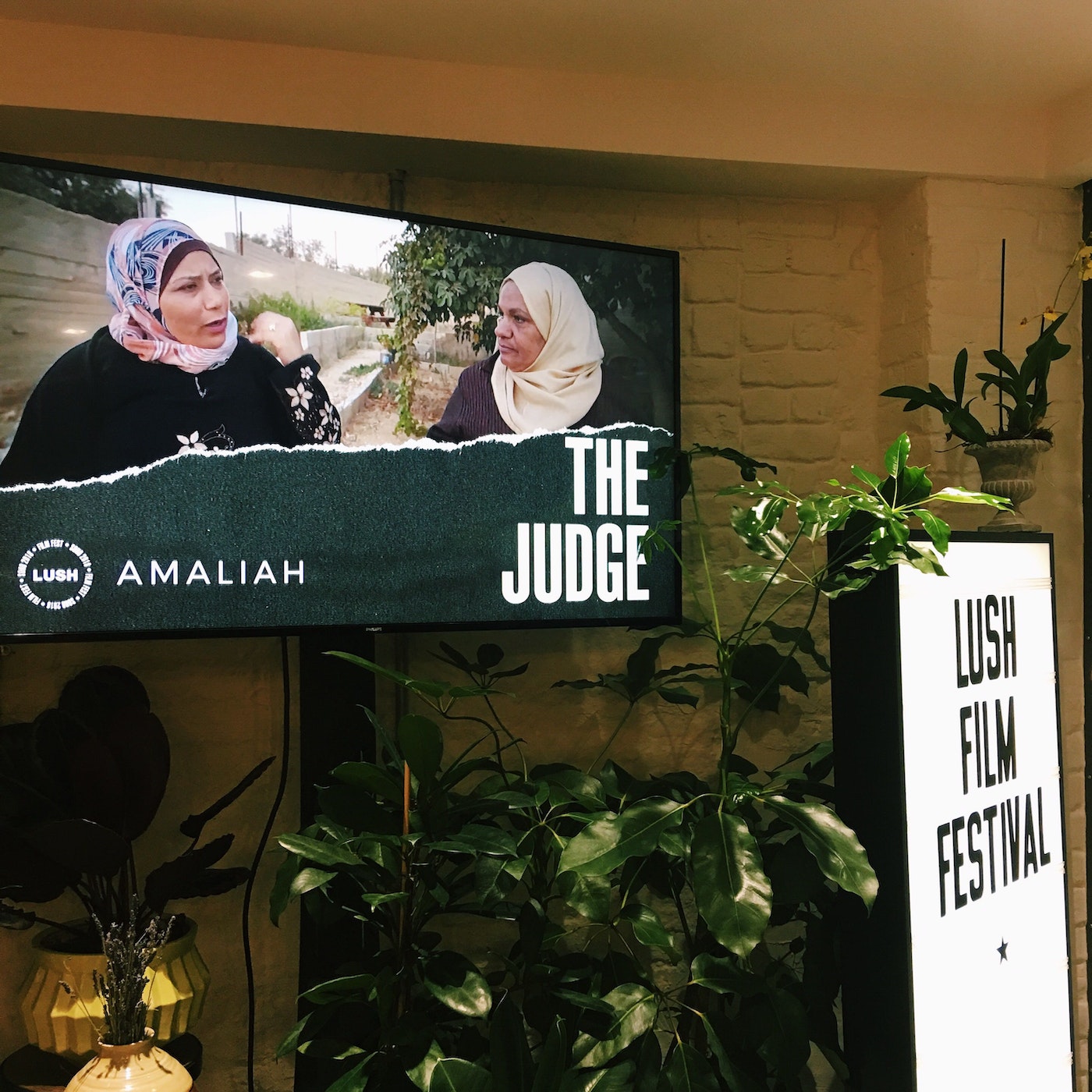 On Friday, Amaliah brought you The Judge, at Lush Film Festival.

Nestled in Lush studio in the heart of Soho, an audience gathered, ready to hear Judge Kholoud’s truth. To watch her story and journey of becoming the first female judge in Sharia’ courts in the middle east, in Palestine. The film showed how she fought to have her right in the courts in a male-dominated field and how her role was imperative in Muslim women being able to get their rights, in particular when it comes to divorce.

Join us to watch the film followed by a panel discussion on Muslim women, equality and justice, hosted by @yassmin_a ✨

Post-panel we were joined by a fantastic line up of Muslim women, hosted by the wonderful Yassmin Abdel Magied (who can forget her viral video about Sharia’ law), Raifa Rafiq – Co-host of Mostly Lit and trainee solicitor, Amra Bone – the first woman to sit on a shariah council in the UK and Zeenat Islam – barrister specialising in criminal defence & public law. 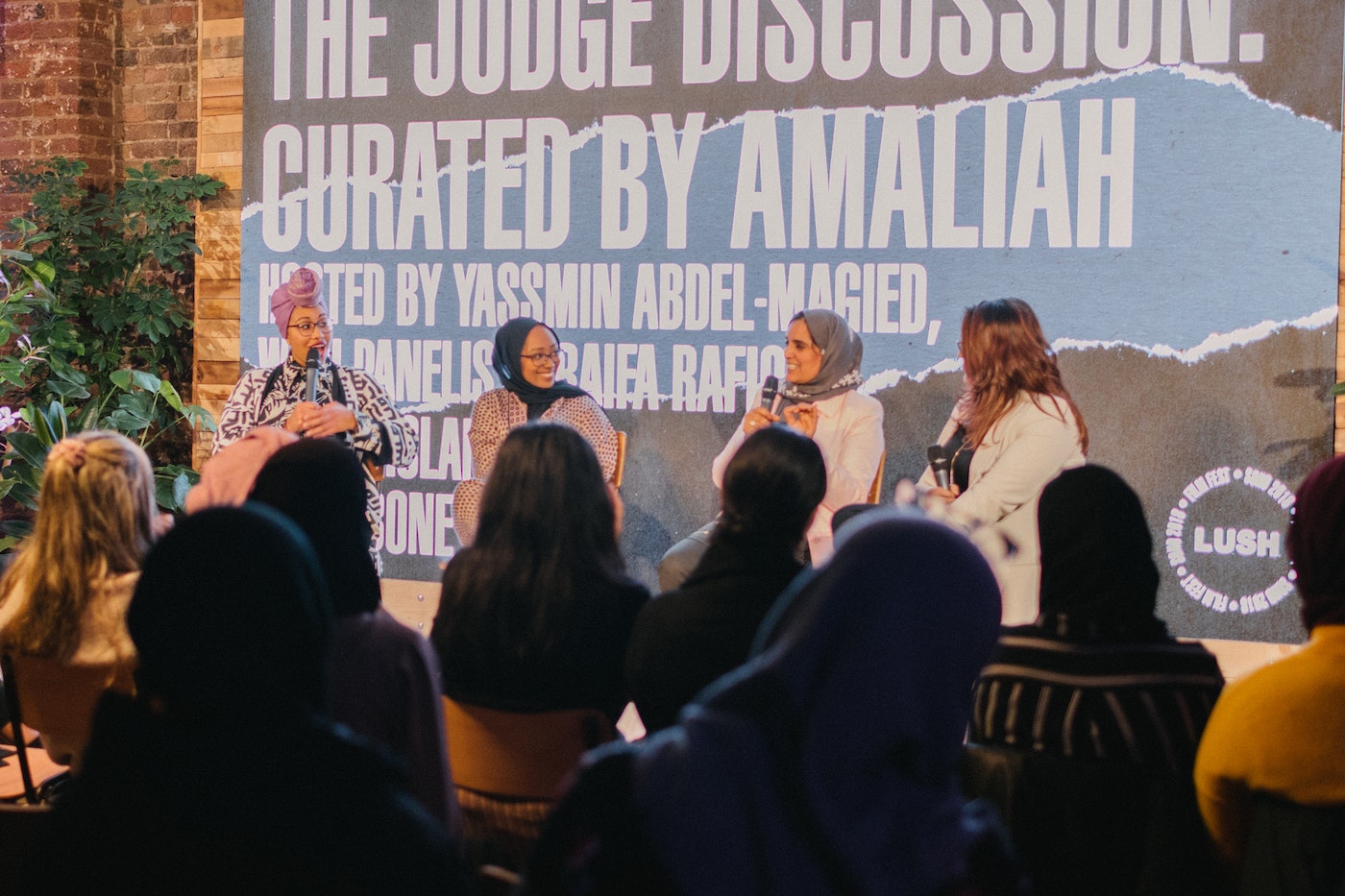 I was eager to know what everyone thought, having already watched it, I felt like that friend who had hyped up a movie and wanted my friends to like it. I eagerly watched the audience’s reactions to the funny bits, the sad bits, the controversial bits and the heartbreaking moment where a Muslim woman died at the hands of the Sharia’ court. 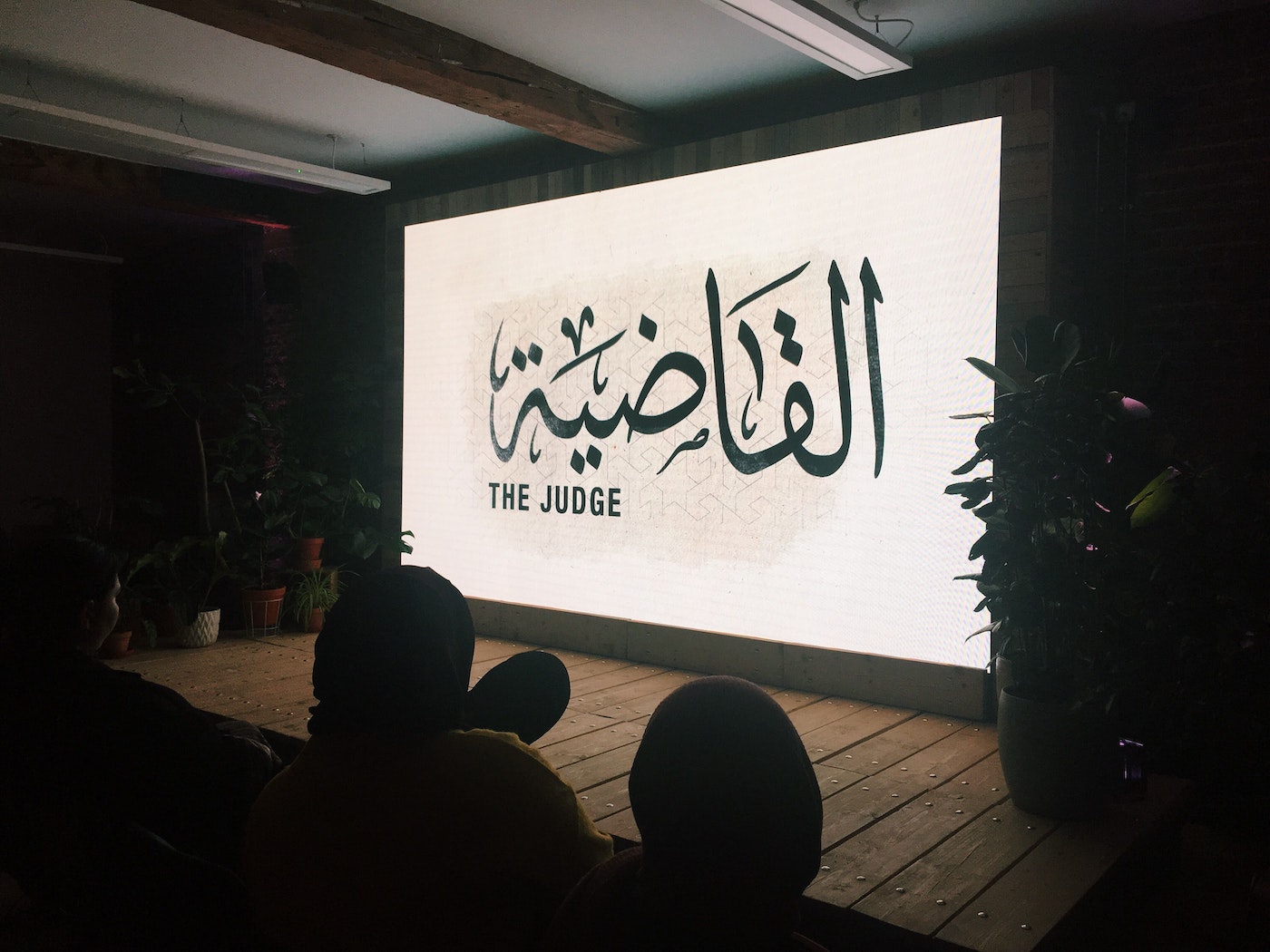 I felt the heaviness in the room at that moment, I saw the tears, and even though I had seen that scene already, I found myself welling up. In this woman was the story of so many Muslim women who have been treated unjustly, who have been overlooked, who have been blocked from receiving their God given rights. In this woman’s story, I saw my sister, my friend, my colleagues, the Amaliah community, the sisters in the ummah.

I felt a heaviness knowing the woman who died in the documentary is not the first or last woman who will die because men want power, or rather they cannot accept women in power.

At that moment I felt the burden of being a woman. The burden that means we are fearful of speaking out in the fear of being asked: “but what did you do to provoke it?”.

My strength is found in Allah, in knowing he has created women and put in them mercy and compassion from Him. My strength is in knowing that Allah is just, and we He does not ask that we attain ultimate justice here, He asks us to at the very least, “hate it with your heart”.

I also felt my heart overflowing with strength, with inspiration, and with warmth. I saw Judge Kholoud’s story speak to the audience in a way where it for the weary, for those that wondered if there was a point in fighting, it was that dose of strength, that reminder that we must keep getting up, keep dusting ourselves off and carry on. Knowing that in moments where we waiver personally, collectively we can look to women around us to carry on the baton.

The panel dealt with the different themes and emotions throughout the film. Though the film was set in Palestine, there were a number of parallels to draw into the UK context. For Amra, the context was almost identical given she was one of the first women to sit on the Sharia’ council in Birmingham, Europes largest, where she rules on divorce cases. For Zeenat the Judge was a blueprint on creating change, change being to constantly be a thorn in a flawed system where sometimes just your presence as a POC is an act of resistant. 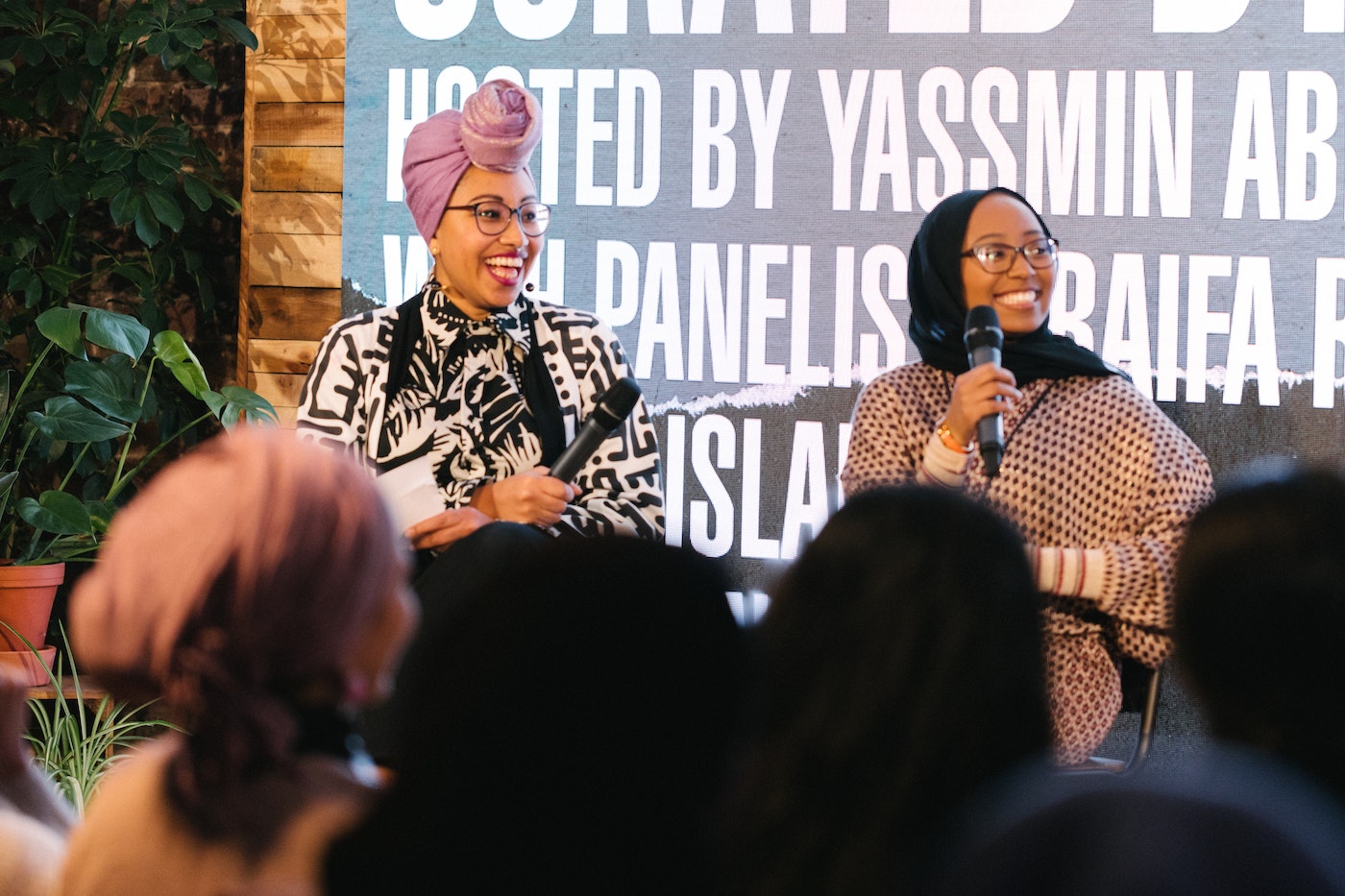 This resistance was echoed by Raifa who is one of only 5 black women in her work cohort where she realised she needs to keep going in order to inspire others to take up the path. Raifa also spoke about how many of us inherit our Islamic values through our family, but it is imperative that we go back to the Quran and Sunnah to learn what these values really are. For Amra, Law is about mercy, justice, wisdom, and welfare for the people not just in this world but also the life hereafter, which is reflected in the Quran. However, the lack of good quality and accessible Islamic education was raised by Zeenat, as the film showed, knowledge of our rights as Muslim women, is power. 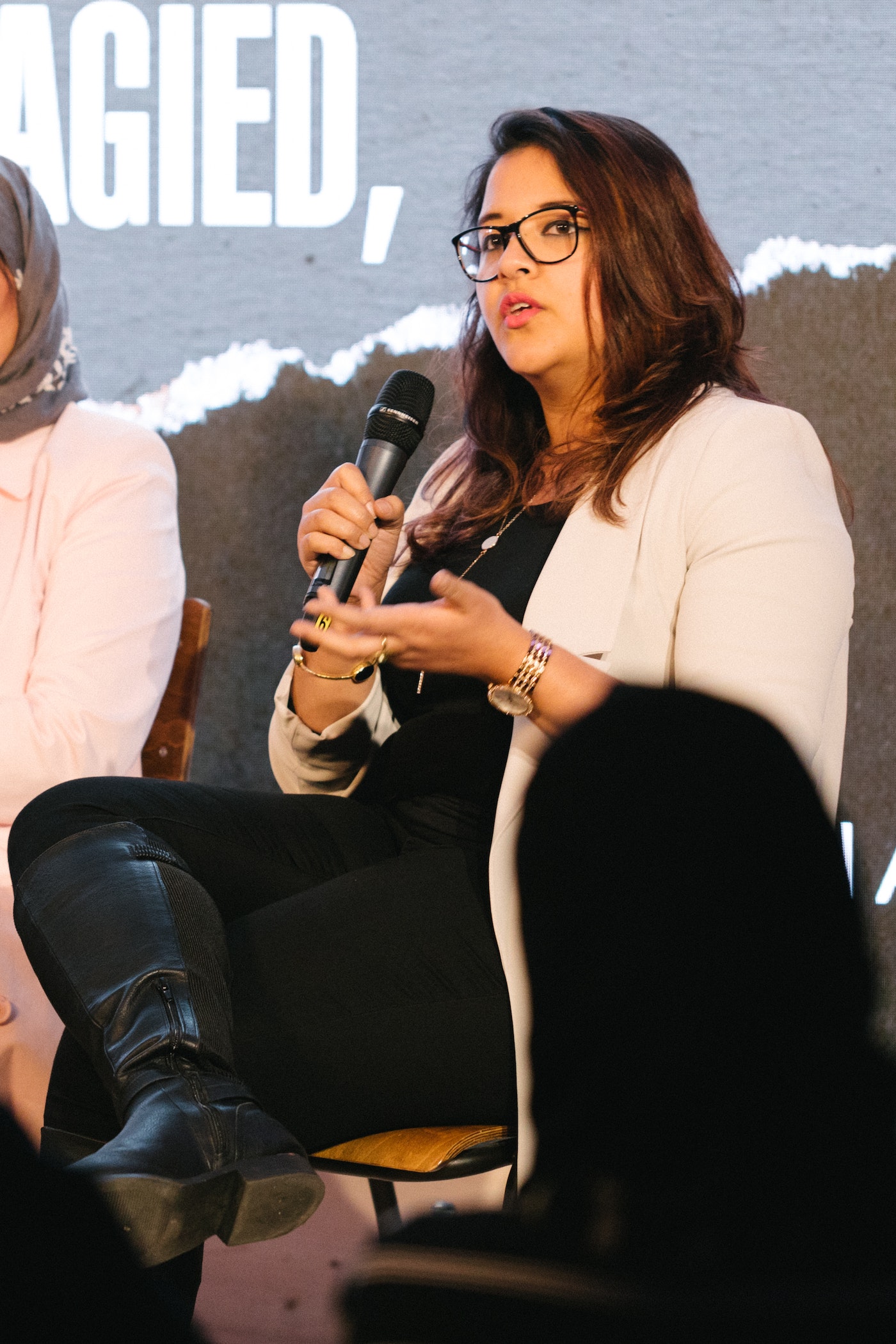 But during the post-film Q&A I felt my heavy grow with heaviness. Growing heavier and feeling haunted by the anguish in the voices of muslim women in the audience.

Muslim women who have felt betrayed by the very institutions and figures that are meant to help us have access to our rights as Muslim women in Islam. I left feeling incredibly inspired but heavy. I felt a heaviness when one of the audience shared her divorce story, a heaviness in the realisation that she is one of many, one of what feels like a majority of Muslim women. She is the story of my sister Selina, my friend Taz, my cousin and countless of Muslim women who have been abused in every sense of the word not only in their situations but by the systems that we look to for help and refuge. The desperation in the voices during the Q&A asking “where should we go?” Where should we go for justice?

The feeling of wanting to desperately tell them where but not knowing myself.

And so I write this wanting to know how to move forward. Where do we go from here? What do we do for the countless of Muslim women who feel lost, who feel like they don’t where or who to turn to in order to access what Allah has given us?

Some have suggested a database of institutions to study at, office hours with women like Amra Bone, safe spaces where Muslim women can discuss their divorce, courses with relevance to our context.

If you have any suggestions on what Amaliah could do – please email nafisa@amaliah.com