Book Review: ‘Headscarves and Hymens: Why the Middle East Needs a Sexual Revolution’ by Mona Eltahawy 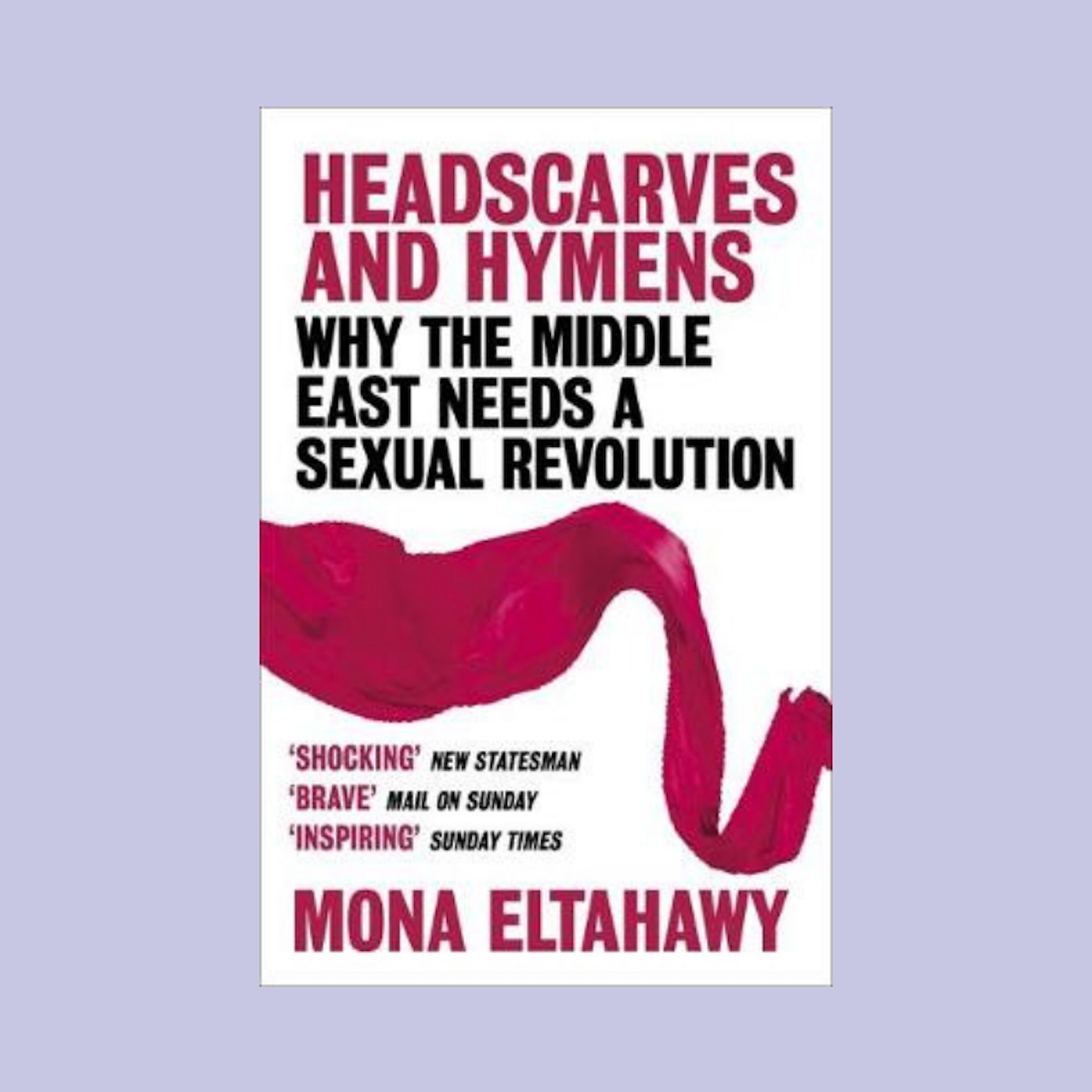 I was meant to read this book as part of my master’s dissertation in 2016. Somehow, I didn’t have the heart to face what I assumed to be an anti-headscarf book. I completed my dissertation and didn’t have the courage to even open it once. Two years later, I went out of my way to purchase the book; consciously spontaneous but subconsciously always in my mind.

Reading books such as these requires courage, perceptual stability and emotional intelligence. Not for the horror unveiled within the book, but because as a prerequisite, the reader must have knowledge of the entire MENA region. An added bonus would be to understand global feminism, colonialism and the formation of the MENA region. But this isn’t a historical writing about the region; it’s an opinion-led short feature about Mona Eltahawy’s book ‘Headscarves and hymens: why the Middle East needs a sexual revolution’.

Mona Eltahawy is best known to be relatively a debateable journalist and feminist. Truthfully, before this book, I have not read her work, which allowed me to read the book without having any prejudgement of the writer. The writing is captivating, raw, brave and shocking. It uncovers really brutal aspects of misogyny in the Middle East and North Africa, including frequent sexual harassments, assaults, rape and murder of girls and women. The main focus seems to be Egypt and Saudi Arabia, where Eltahawy resided. It also includes case studies and incidences that occurring in Yemen, Lebanon, Libya, Tunisia, Sudan and Morocco; Kuwait, Jordan, Syria and Algeria (though these are brief). It is important to note that there are 23 countries included in the MENA region and only 12 have been mentioned in the book. Religious practices, laws and cultures are all too similar in the region. The content would not have been different if gleaning all 23 countries. Some of the cases are hard to digest, the vocabulary used are quite blunt and straight to the point. Eltahawy did not sugar-coat anything, words such as ‘fucked’, ‘raped’, ‘killed’ along with others, aren’t disguised in synonyms. Cases are exposed in their rawest forms, though somewhat connoted as common incidences in the region. They can be viewed as somewhat anecdotal and concentrated to make a point of misogynistic and patriarchal existence in MENA. Which stands true, unfortunately. You can sense the fury, antagonism and frustration of the writer. 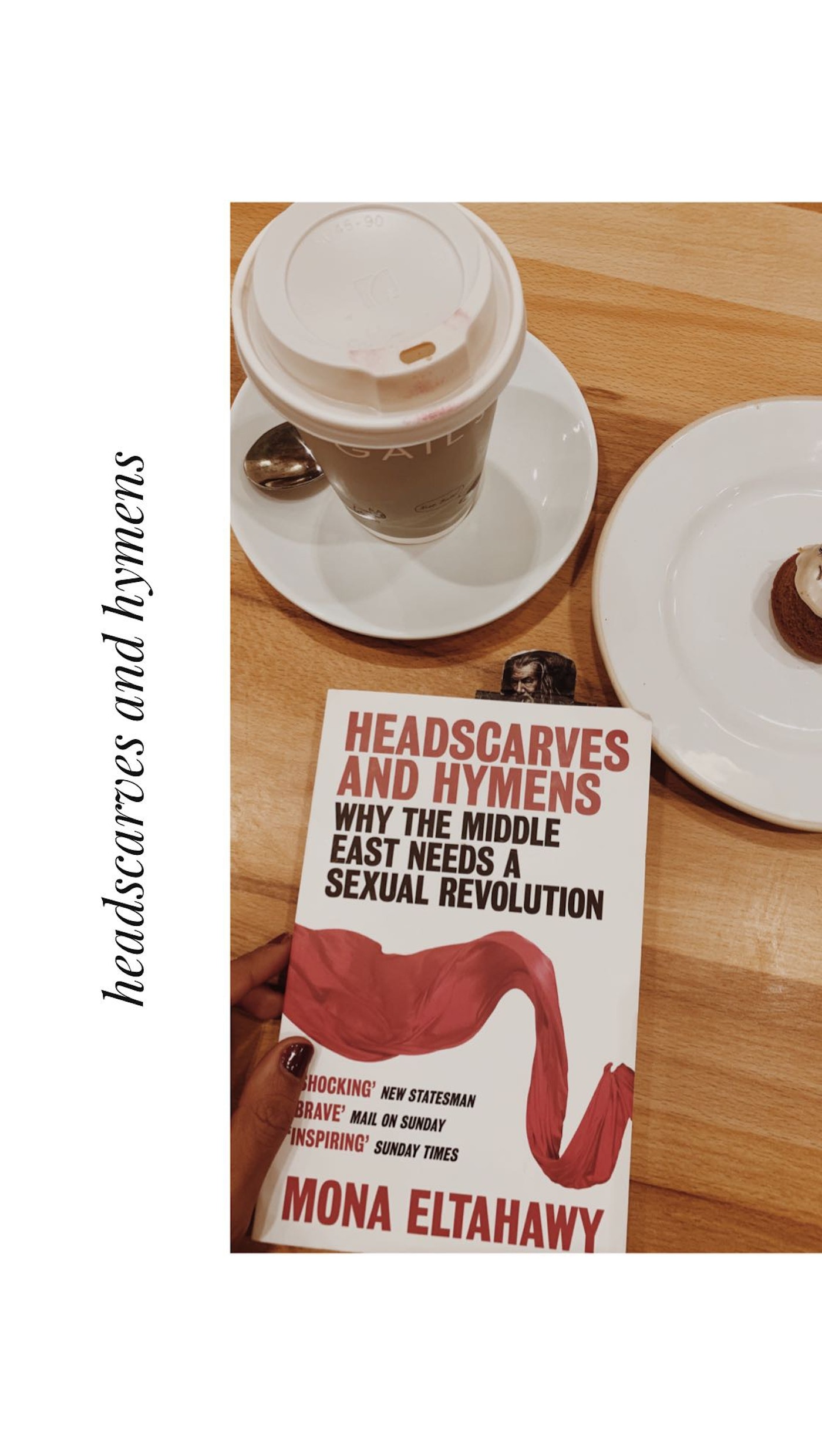 To emphasise the pressing circumstance, the book presses on about similar issues and comes across a little repetitive. It reviews issues from different angles, ending with the same result; the governing bodies in the Middle East and North Africa are misogynistic and patriarchal. They hate women.

Politics expecting its female citizens to be law-abiding while their male counterparts are not expected to meet the same standards. Rules and principles are unfairly applied in different ways to women than men.

Furthermore, the book somehow insinuates that not only politics but also Islam and the clerics practicing it are the problems. They are behind the hijab, the social, political and cultural oppression of it all. Additionally, Mona Eltahawy observes the psychological subjugation of the headscarf placed on girls and women by their families. There is no denying that this does contribute to a larger picture of the truth, but they are not the sole factors of why women wear the hijab. We can’t overlook how misogyny is, unfortunately, a global issue.

Women throughout the world are told what and what not to wear. Even if we liberally choose to cover/uncover, it is followed by heavy criticism and scrutiny. This needs to change.

The book certainly doesn’t compare MENA to the West nor does it want the backing of the West. She mentions this at the beginning of the book: “I am walking into a minefield. On one side stands a bigoted and racist Western right wing that is all too eager to hear critique of the region and of Islam that it can use against us…”. Brilliant, but does this look into the imprint the West had on the region? It looks at the symptoms of the problems and gives solutions of how to fight these symptoms. The causes or the roots of these rather tremendous matters are not mentioned. This would require the writer to look into colonialism, imperialism and postcolonial trauma. These topics are not a focal point for the writer, but this foundation would have been essential. Eltahaway fails to include postcolonial trauma, limiting perhaps not only her understanding but also the readers. This is not to say we should blame our problems on the West because that won’t stand true, nor will it help resolve anything.

But understanding postcolonialism allows us to include our men in the dialogue, and to let them acknowledge their behaviour. It will allow them to be part of the resolution rather than the current, and rather non-inclusive ‘men vs. women’ discourse. 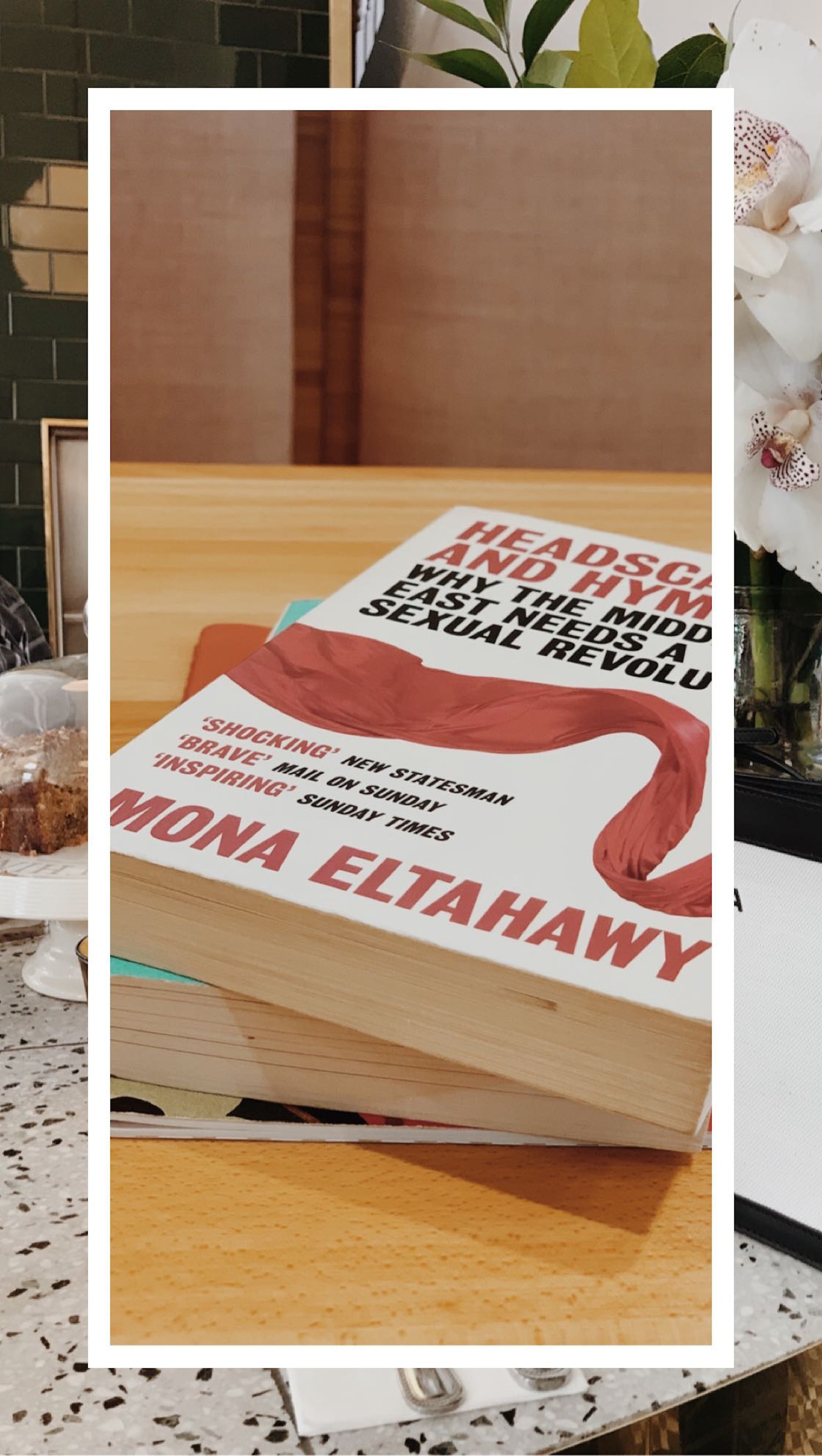 Mona Eltahawy later touches on “on the other side stand those Western liberals who rightly condemn imperialism and yet are blind to the cultural imperialism they are performing when they silence critiques of misogyny.” However, is cultural imperialism limited to the Middle East and North Africa only? Or is she merely rewording religion as cultural imperialism? I don’t know, but we can’t blame religious interpretations by clerics on religion. As mentioned in the book, we need more female scholars, a reformation of religious texts and re-examine interpretations. Do these need to happen with aggressive demands, brutal protests and social turmoil? Apparently so, as reinvigorated by Eltahawy in her book. The Arab Spring has caused turbulence across the region, the most vulnerable in those societies (women and children) are suffering the greatest and sadly the changes necessitated by women are either overlooked or completely dismissed. Is the headscarf a problem that goes hand in hand with the oppression of women in the region? Not necessarily, it is not a legal requirement for women across the region to wear the headscarf (except Saudi Arabia, UAE, Qatar and Bahrain) and discrimination is not limited to only those wearing it, but also those who chose not to wear the headscarf. We can conclude that MENA has a problem with women, not the headscarf only. Though Eltahawy argues that the headscarf is the apex problem.

Sex is reserved for the last topic and only covered in one chapter. She believes that MENA needs a sexual revolution, where the importance of virginity outweighs the existence of women. How you may ask?

Families would rather shun or kill their daughters who have committed ‘fornication’ to protect their ‘honour’ than to have them existing ‘deflowered’ before marriage.

Rape victims are forced into marrying their rapist or sent to a ‘rehabilitation centre’. These laws are barbaric to the least of description. Mona Eltahawy highlights women fighting to amend the laws that criminalise sexual assault and rape victims. Sex education needs school backing and enforcement, and parents need to be more involved in addressing taboos. Men must be rehabilitated in how to respect, value and see women as equals. Not sexual objects designed for their pleasure. Eltahawy mentions the Egyptian feminist Aalia Elmahdy, who posed nude on her blog & twitter, causing an uproar in Egypt. Understandably, there is a need for change regarding the laws and views of women. However, this doesn’t require women to pose nude or flaunt about their active sexual life. It’s a form of unwarranted provocation. As a matter of fact, neither men or women should parade an active sexual life; the act of intercourse is a private matter between you and your partner.

Whether before marriage or not, the way sex is viewed in the Middle East and North Africa has to drastically change. Despite encouragement to cover up, women are constantly sexually objectified and judged by their aesthetic ‘purity’ and ‘piety’.

Overall the book unveils some truth in MENA and challenges its readers to understand the struggles facing women in the region. I presume the end goal is empathy, support and activism to change the world of women in MENA. However, like many of today’s feminists, Mona Eltahawy comes across aggressively passionate about the subject and gives the impression of being anti-hijab, anti-men and anti-culture (or religion per se). The inclusion of men in the text seems rather rare and small, like the white dot in the yin. Despite the mention of the Syrian poet Nizar Qabbani who was enforcing women’s rights (sexual rights rather) in his work, Eltahawy makes a counter argument seeking the female equivalent of him. There is only one paragraph in this entire book pursuing the inclusion of men to stand side by side with women. I understand where this manifest antagonism comes from and it is entirely valid, however, reformation needs the inclusion of everyone in a society. We need a re-education of boys and girls, to grow up as equals. Not as different classes.

Being raised and having studied in four different countries (14 years in London, 8 years in Zürich, 5 years in the Yemen and 3 years in East Africa) has allowed me to naturally intertwine respectively unique cultures to form my own distinctive creative identity. Recently finished my Master's degree in Strategic Fashion Marketing at London College of Fashion (University of the Arts London). I have a natural drive and enthusiasm for work focusing on creativity, editorials, and communication. I specialise in marketing communication, luxury fashion sector (in business & retail operations) along with the editorial. I am currently working on my own publishing material and couture/RTW specialist for a French luxury brand. Instagram: @thezirkus

The Year of Hobbies: Islamic Illumination With Esra Alhamal