Muslims and Mortgages: The Lived Reality of Muslims

by Nafisa Bakkar in Lifestyle on 20th September, 2019 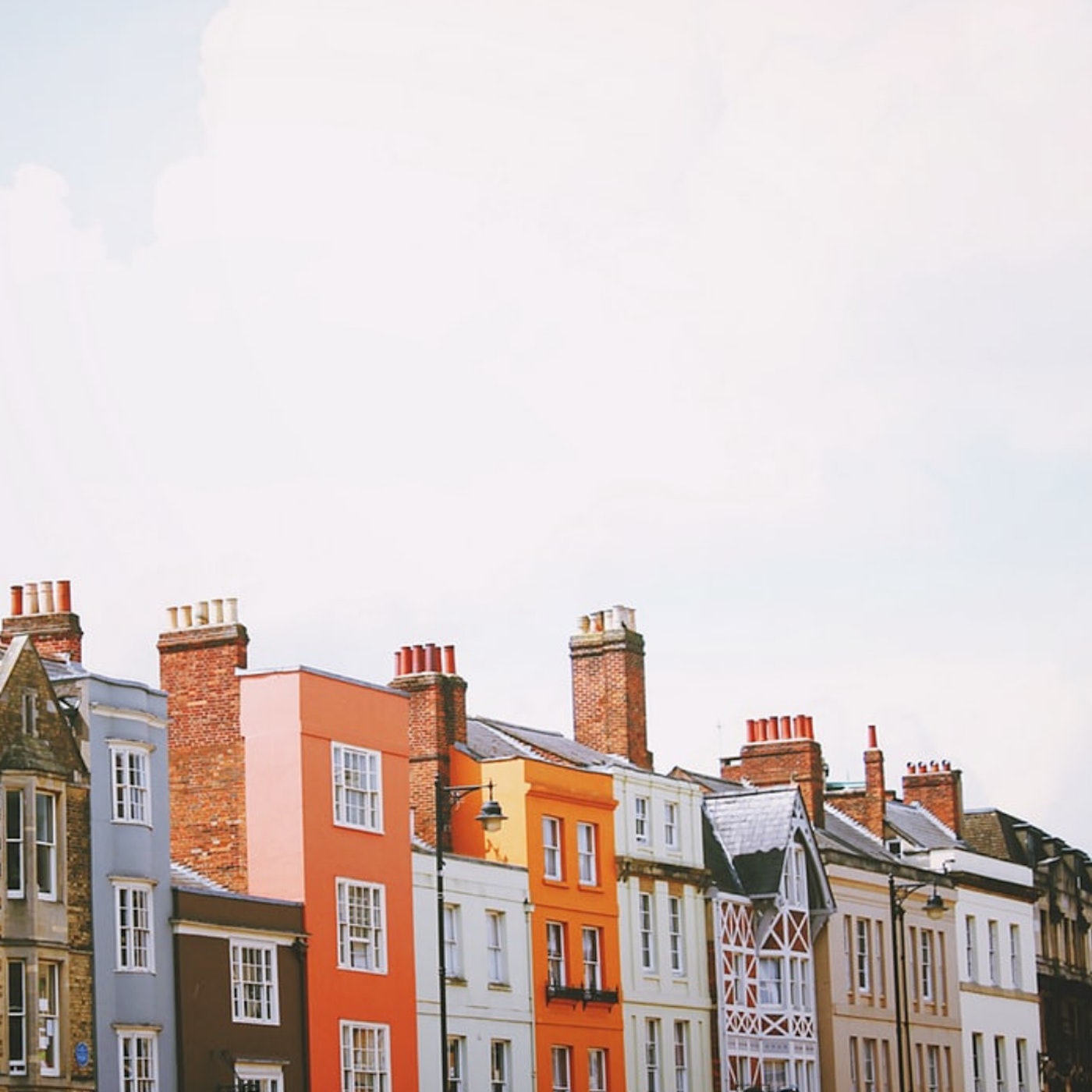 Growing up, I never knew much about interest and its rulings on our finance within the framework of Islam. But in time I saw Islam more holistically and as a way of life, as opposed to something that just came out during Ramadan and Eid.

Getting a mortgage as a practising Muslim is something that I have had many conversations about with friends and peers. The range of experiences and opinions is vast. For some, it is a matter of necessity, as having to rent for a whole lifetime is difficult for many. This may also mean having to live in locations with a poor socioeconomic ranking due to lower rent prices. This can have a knock-on effect on schooling and the opportunities available. For some families, it can even mean having to move throughout their lives as gentrification and increasing rent prices drive them out.

I remember when I sought advice on the matter I was advised to “fear Allah to the best of your ability.” What the brother was getting at was that the answer to this could be seen as more nuanced than a mortgage is halal or haram. Yes, we have clear rulings on interest and riba, and I appreciate that for many of us it is a black and white issue. However, for many families, the socio-economic effects of renting long term mean that it often does not feel feasible for many Muslims to not take out a mortgage. I am in no way advocating for taking out a mortgage, but instead trying to offer a nuanced conversation about the realities that many Muslims are facing today.

The matter has been discussed by many scholars.

Those like Dr Sheikh Haitham Al Haddad take a clear stance on not engaging with mortgages, along with several other scholars:

A cause of conflict

For many the issue has caused immense conflict, trying to balance the want for security whilst seeing engaging with interest as haram. It also seems there are different ideas on what “necessity” even means:

“I am very conflicted with obtaining a mortgage—for me it’s not an absolute necessity as I have the option of living with my in-laws although I wouldn’t want to. Renting is the only option aside from borrowing from wealthier relatives and paying them back interest-free. A halal mortgage doesn’t seem very halal and I’ve heard its quite controversial—but my research in that is lacking,” said 36-year-old Shoohada Khanom.

The first port of call in these conversations is often, “What about a Shariah-compliant mortgage?” While Islamic mortgages are available, they are still not as accessible to many Muslims, as the deposit amount can be a lot higher than what is needed for a scheme such as the “help to buy” one.

For young couples who are still finding their way in their careers, like 26-year-old doctor Inayah Zaheen and her husband, when comparing an Islamic mortgage with a standard one, it can feel like an Islamic mortgage is a couple tens of thousands too out of reach.

“Of course, if there was an alternative that would be incredible, but even Islamic mortgage options need a 60% deposit for first-time buyers which is unrealistic! If this country had rent to buy options that would also be great,” says Zaheen.

For many, renting also feels like “throwing money down the drain” or paying towards someone else’s mortgage. For Inayah it was also about a long-term plan of being able to have an asset to pass onto subsequent generations, and for security.

“For us, especially in our area of London, the rent price for most properties is equal to the amount we would pay back on a mortgage, so in that sense, I would rather pay £2000 a month where it goes towards my own property vs. someone else’s property. In all, we discussed it loads and have come to the conclusion that it feels like a necessity, and moreover, the prospect of leaving our future kids property and therefore inheritance inshaAllah, rather than £2000 a month going to dust,” says Zaheen.

Mortgage as a deal-breaker in a relationship

For others like 52-year-old Shaheen S (name changed for anonymity), it isn’t a matter of negotiation. It’s even a deal-breaker when it comes to choice of spouse. He is still renting after 22 years of marriage and three kids, because he has never been convinced as to the justification of taking out a mortgage.

“The time to confront the issue was when I was looking to get married. My wife, despite being from a wealthy family, shared the same thoughts on not getting a mortgage, as she considered this to be riba and forbidden. Ironically this was a reason she was declining offers of marriage because most of her suitors wanted to get a house, halal or not, so I suppose it was a match made in heaven! We have kept to this position because my salary means I can afford rent in London which means I have the privileged position of choice,” says Shaheen.

Taking such a stance comes with critique from family and friends who see renting as a waste of money and mortgages as a necessity in this day and age.

“In the early days, we had to just ignore people, including my parents, who gave us grief about not getting a mortgage and wasting money. Ultimately our critics accepted that we had made a decision in good faith and they, rather than us, needed to move on and stop projecting their own anxieties and fears on to us.”

“Yes, rent has put a strain on my finances but we have had to make luxury economic decisions like not going on holiday or not buying new cars, rather than more serious issues of putting food on the table,” says Shaheen.

For those like Shaheen, renting instead of a mortgage has always been guided by his faith: “Pros of renting are the feeling of lightness in the dunya and the real feeling of zuhd (detachment), as you aren’t trying to protect assets which you aren’t going to take away with you. Linguistically, mortgage comes from French and means death grip, so I’m happy not to be bound by a financial form of slavery.”

Getting rid of the renting stigma

While renting has often come with a stigma, movements on Instagram like “#howIRent” are helping renters to own renting instead of feeling ashamed. Award-winning DIY and home improvement blogger Madina Grillo is the creator of #howirent which is “championing renters who decorate.”

Her movement sees Instagrammers from all walks of life showing how they are transforming their rented properties. This year Grillo also released her first book “Home Sweet Rented Home—a guide to transforming your rented home without losing your deposit.”

GUESS WHAT? Swipe right to find out ?!!👀😆 . . . . . Oh gosh!! It’s been so hard keeping this a secret. But today is the day I finally get to scream it from the rooftops!!! I’VE WRITTEN A BOOK!! 😱😱 My first ever book! Gah!! I am an actual author! It feels so surreal saying that aloud 😌 . This book HOME SWEET (RENTED) HOME as the title suggests is all about how to make the most of your rented home (a topic I’m sure you know by now I’m quite passionate about!). Easy DIYS and tips that will have a big impact! I’ve literally poured my heart and soul into this book . I kept asking myself , what would I have wanted to know when I first started renting? What would have helped me? I’m hoping this book answers all this and more! . . This book is out the 22nd August in the UK. I’ve included pre-order links for both my UK and US followers (see link in bio) If you would like to buy a copy and support 🙏🏾❤️ . Thanks to @octopus_books_ for bringing this book to life . Thanks to my dear friend Rida @beforeandagain_ for taking these pictures, and her continued support through out the whole writing process 😘😘. And lastly thanks to YOU!! I know this is going to sound so Cliche (it doesn’t make it any less true though) but none of this would have been possible without YOU ALL❤️❤️ . . . #howirent #bookstagram #booklaunch #pursuepretty #authorsofinstagram #myhome #thisishome #thisisme #memyselfandportrait #aquietstyle #theeverygirl #chalkboardwall #interiorstylist #deliciousdarkdecor #muslimentrepreneur #blackvoices #diningroomdecor #rustictablesetting #kitchentable #myhousemadehome #inspiremyinstagram #onlyinterior #homeadore #blackauthors #myhousethismonth #cosyhome #howwedwell #scandimaximalism

For Mariya, a 33-year-old stay-at-home mum who formerly worked in the voluntary sector, living a mortgage-free life was a cause for introspection on what Islam meant for her.

“Trying to adhere to a more traditionalist Islamic lifestyle has taught me that the future is truly in Allah’s hands and that I would much rather please Allah than compromise on my faith for the sake of a future that is not guaranteed. It has also had a positive impact on my wider attitude to life—

Islam teaches us that we should live like travellers and I have found that not owning my own home has actually encouraged me to be less materialistic, and establish my roots in a less conventional way.

Practically speaking, it has not impacted my quality of life—we live close to some woods and a lovely park, and my children are very happy here, which is always my main concern,” says Mariya.

However, there are some Muslims that follow alternative rulings. For 33-year-old PR consultant Maya and her husband, they followed the European Council on Islamic Rulings headed by Sheikh Yusuf Al Qardawi.

According to the website on Islamic mortgages: “In summary, it says that if a person is not able to rent a suitable house for himself and his family in a proper location or the rent is too high, in that case, he can purchase the house with a mortgage. Even in the case of permission, the scholars suggested that one should exhaust all the other possibilities of purchasing the house in a pure halal way.”

The couple also attended courses on Sharia and Islamic Rulings where one of the modules were on the divergence of opinion on mortgages. Islamic banking didn’t compel the couple as, according to their research, they “found out that it was riba disguised, and some of the funds were reinvesting into non-halal ones and that the whole system was not well regulated and therefore not Islamic,” says Maya.

The decision to get a mortgage was not without debate.

Maya and her partner decided to go for a home that was enough space for the family but not something lavish and huge which would mean borrowing for a lot longer. There were also several factors that influenced the decision, which included:

1. Becoming an active and steady part of a Muslim community and not having to move frequently based on a landlord’s plans
2. The cost of rent which, would have been way higher than what we pay for our mortgage
3. Having the security without putting ourselves under ridiculous pressure to borrow too much

Other individuals spoke to me about going down an offset mortgage route, which enables them to pay off quicker, or offset the interest. An offset mortgage allows you to use your amount of savings as a way to reduce the amount of interest charged on a mortgage.

Not wanting to go down the mortgage route isn’t just something limited to Muslims. The Netflix series “How to live a mortgage-free life” is a 6-part series with Sarah Beeny following different individuals on their journey to living mortgage-free, including living on a boat, building your own house, converting shipping containers, living in a church, and a couple who lived a frugal life to pay off their mortgage

So if you don’t want to get a mortgage, there is always a boat, hey?