Spirituality & Social Media: 6 Points to Consider on Being ‘Famous’ and Muslim

by Shazia Ahmad in Lifestyle on 10th January, 2021 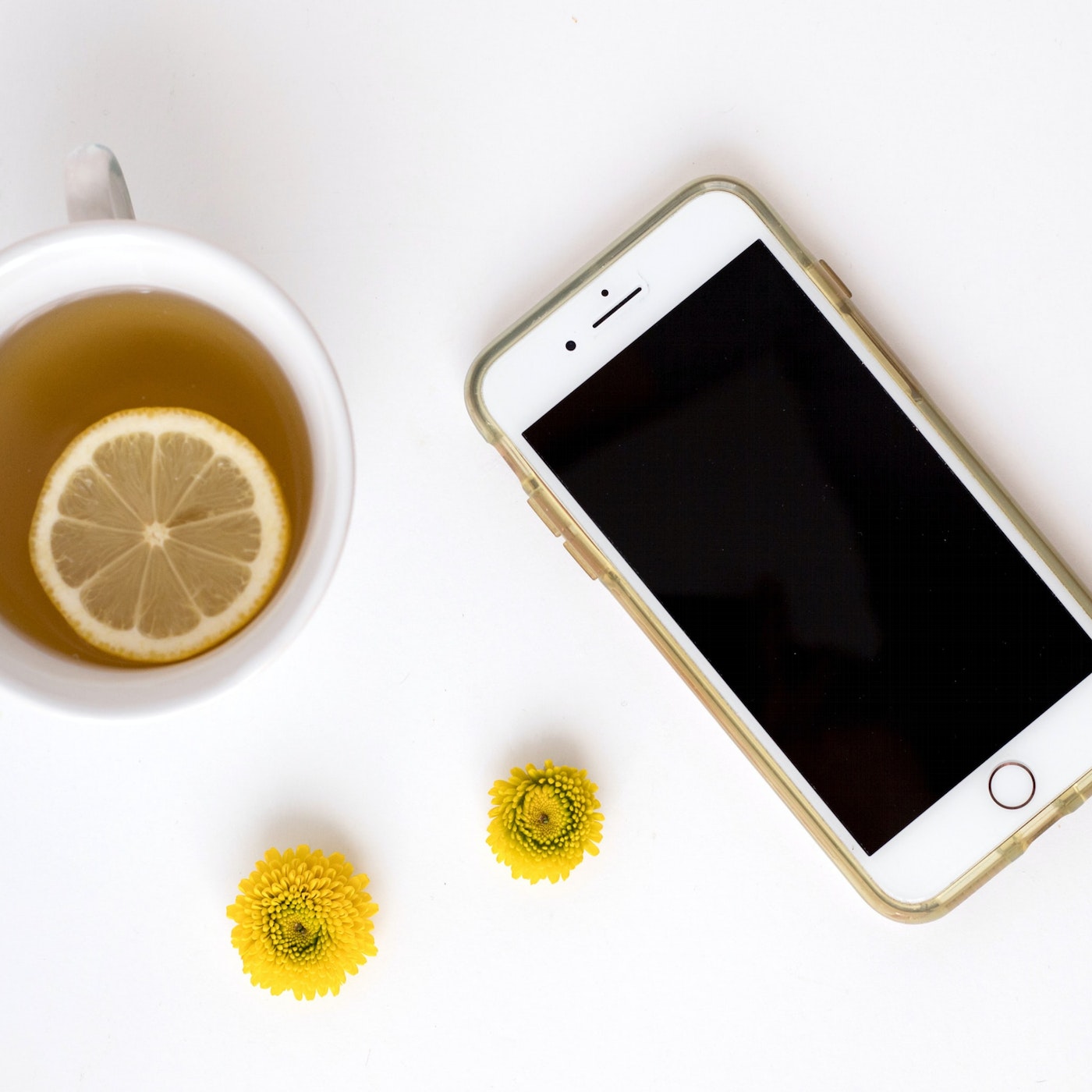 This article was originally published on Al Madina Institute, with the contributors permission we have published it on Amaliah

In our day and age it seems like everyone is trying to get famous. Activists, leaders, and everyday Muslims alike are putting themselves ‘out there’ to gain likes and subscribers, and to reach a large audience with their special brand or message. Many Muslim entertainers and fashionistas have found a niche market through social media and are thriving in the spotlight. Their efforts are often met with a huge response, with followers in the thousands and even millions as young Muslims seek out content and people they can feel a personal connection to and who can relate to their experiences. While there is a huge potential for using these avenues for healthy and meaningful creative exchanges, there are also some concerns that must be considered.

The Spiritual Danger of Fame

Traditionally, Islam considers self-promotion and seeking fame a spiritual ailment and a destructive desire for a worldly matter, similar to wealth. While seeking wealth is a hunger to possess material things, seeking fame is the desire to possess people’s hearts, and to capture their love and attention. [1]

A believer’s goal should be something nobler and higher — to seek God’s countenance, free of the craving for people’s attention and approval. This outlook on fame, which stands in sharp contrast to today’s norms, must be understood by any Muslim who puts themselves in the spotlight. The Prophet ﷺ likened a passionate desire for fame to a ravenous wolf that would tear apart one’s religious commitment. [2] Seeking celebrity and to be talked about can lead one to making more and more compromises religiously and spiritually, eventually causing critical damage to one’s faith. Even when done in the name of Islam or to promote the Muslim cause, fame can tap into one’s vanity and ego, and muddle the heart’s sincerity and connection with Allah.

It is for this reason that many of the scholars and ‘knowers’ of our tradition were extremely wary of fame, and would encourage its opposite — that is, deflecting attention from one’s self, and avoiding positions of authority or prominence. [3]

The Weight of the Spotlight

Fame also carries a heavy responsibility in Islam. Being in the spotlight confers upon a person a level of authority, and just as in any position of leadership, such authority is an amana, a sacred trust, that must be taken seriously. Islam teaches that a person’s actions in the public sphere are significant and impactful,[4] and this is even more intensified for one who takes on a public role as a representative of Islam and Muslims. Along with upright behavior, to honor this amana one must ensure that what one teaches, promotes, and calls others to, explicitly or implicitly, is religiously sound and well-founded, and not based on desires (hawaa) or self-interest.

How to Be Famous

One may argue that there is a need to respond to the increasingly hostile rhetoric towards Islam and Muslims in mainstream media by putting authentic Muslims in the spotlight. Young people are also in need of Muslim role models and creative alternatives to mainstream entertainment. There are six keys to ensuring that these needs are met in a healthy and positive way:

No one should actively seek out this role for themselves except under the guidance of mentors and teachers, who can help steer their efforts, avoid the dangers of this path, and be a source of continued spiritual development. At the same time, as a community, we should encourage talented people who are religiously and spiritually grounded to take on public roles so that others who are not qualified do not misappropriate that space

2. Call people to a message

We should encourage people to call to a larger, beautiful message, instead of to their own personality or brand. This may mean working with others, and under the auspices of an institution or organization — which has the added benefit of encouraging shura (mutual consultation) and naseeha (sincere advice.) This is a step away from fans flocking around a celebrity towards support for a beneficial cause or meaningful message. Calling to something beyond and greater than oneself also shields a person from the inevitable backlash that comes with worshipful adoration from other people.

3. Be brave and creative

We should encourage those with creative talent to go against the grain instead of reproducing ‘Islamic’ or ‘Muslim’ versions of current trends. Inane frivolity (lahu) is discouraged in our tradition; this is especially true if it is coupled with mocking others or deception, as can be seen in many images and prank videos meant to be funny or entertaining. Hijabi fashion should be more than putting a headscarf on narrow, mainstream, sexually exploitative definitions of beauty and a woman’s worth. We must be brave, think outside the box, and call to a better way.

We must realize that ends do not justify the means. Our efforts towards positive representation as a Muslim community must never come at the cost of spiritual and ethical principles. In fact, our belief is the exact opposite of this common expression — not only are such means not justified, but they are bereft of baraka (blessings) and God’s grace, which inevitably leads to failure. Deep understanding and realization of this principle can be a guiding light, that moves us away from fruitless action to activism that is blessed to succeed.

We must be wary of dealing with Muslims with a tribal mentality — blindly loyal to others of our ‘kind’, regardless of their behavior. Instead, we should show our support, individually and collectively, for those projects and efforts that are genuinely in line with our faith, and that seek to enliven the teachings of Islam or bring about some other good. In short, our loyalty should always go back to the principles and teachings of our faith, and not to individuals (who may err and fall short in their actions).

Lastly, we must find a balanced way to criticize those who have fallen into error while in the spotlight. We often fall into two extremes when a famous Muslim errs — on the one hand, some respond with over the top, excessively harsh condemnation and emotional outrage, that is not proportionate to the action at hand. On the other, some reject the idea of criticism at all, and label any and all objections as ill-spirited hate. Mature, constructive, compassionate criticism, that is done with adab and good-will, while clearly and honestly censuring matters that contradict Islamic teachings, is the pressing need of the hour.

May Allah Most High help us, as a community, push forward the best among us to be our leaders, representatives, and role models. May He help us encourage each other towards good and to use our talents and resources in the best way. May He guide those in the spotlight to make the best use of their fame, protect them from its harms, and help them to be beacons of light in an abyss of darkness. Ameen.

2. The Prophet said: “Two hungry wolves sent against a flock of sheep cannot cause more damage to them than one’s eagerness for wealth and prominence does damage to their religious commitment.” (Sunan at-Tirmidhi)

4. This is why, for example, one who sins privately is not punished as severely as one who sins in public, and also why one whose good deeds inspire others is rewarded manifold. For example, see the following hadith in Imam Nawawi’s Riyadh as-Saliheen: and Chapter 19.

Shazia Ahmad grew up in upstate New York and studied with local scholar and teacher Dr. Mokhtar Maghraoui before beginning her studies overseas. In Syria, she studied briefly at the University of Damascus and then at Abu Nour University where she completed an Arabic Studies program (Ad-Dawraat) and a program in Islamic Studies (Ma’had at-Taheeli). She also studied in a number of private classes and attained her ijaza in Qur’anic recitation from the late Sh. Muhiyudin al-Kurdi (rahimahullah). She then spent the following six years in Cairo, Egypt furthering her education through private lessons and study. She has ijazaat in a number of introductory texts in various Islamic subjects and has written on Islam for Jannah.Org, VirtualMosque.com, Al-Madina Institute, and various other blogs and publications. Shazia also holds a B.A. in Psychology and History from the State University of New York. IG: @shaziatheseeker

9 Mood Boosting Tips That Work for Me, From De-Cluttering to Getting Creative!

‘Tis the Season to Hibernate and Withdraw….? A Look Into Managing SAD This Winter