by Amaliah Team in Lifestyle on 10th January, 2022 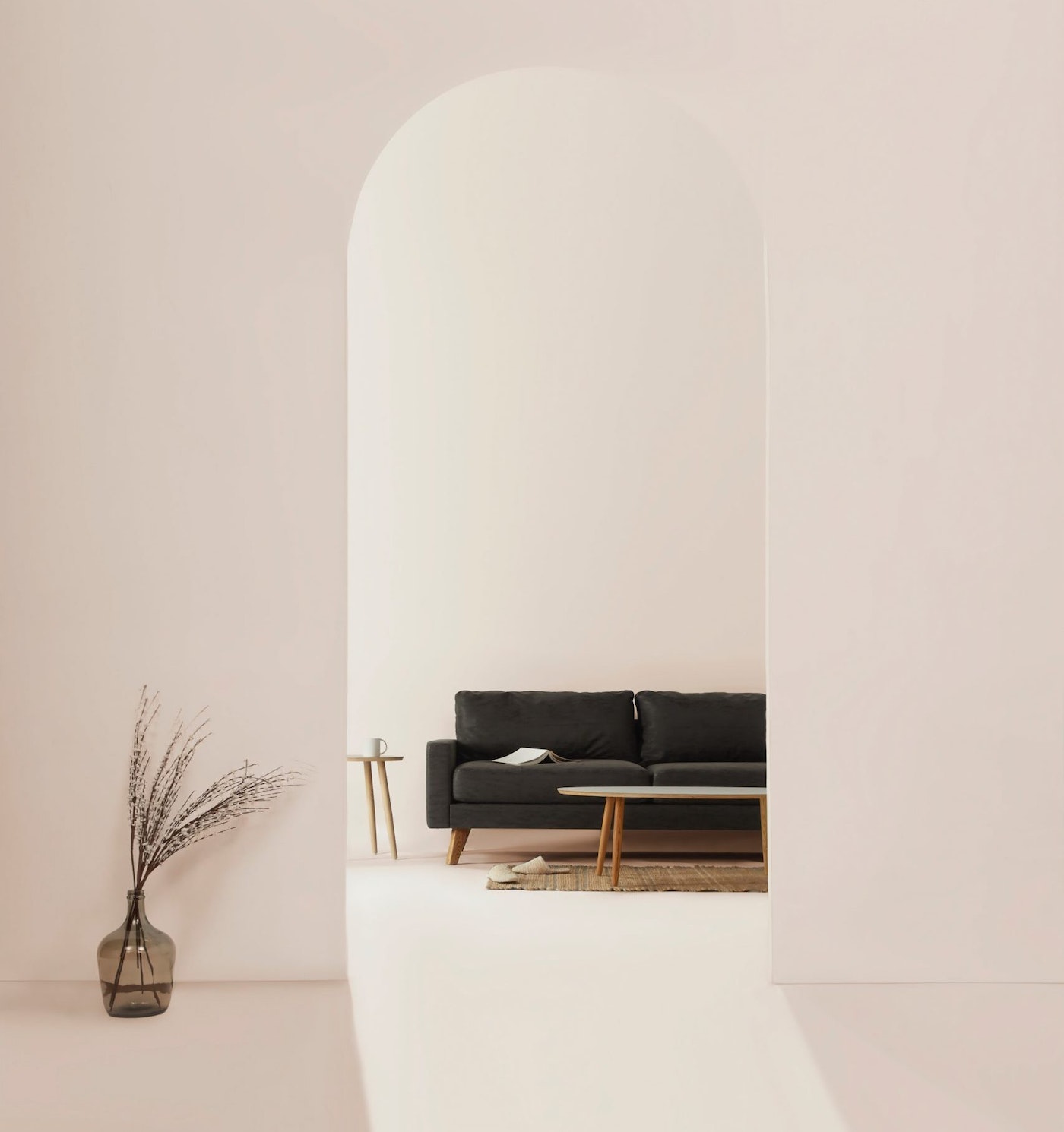 Daily routines have become a huge topic of discussion in recent years. It feels like we’re constantly being bombarded with different advice on how we should be spending our day to get the most out of it. But one source we often overlook is the Sunnah. How did the best of creation, Prophet Muhammad ﷺ, spend his day? What were the habits he incorporated into his life? What are the actions he encouraged us to do?

Aisha [RA] reported: “When the household of Muhammad, peace and blessings be upon him, committed to an act of worship, they would do it consistently.”

By extension, we are the spiritual household of Prophet Muhammad ﷺ, his Ummah, and honouring his legacy means doing what he loved and encouraged his household and his companions to do. We hope this article inspire you to take the first steps to building a new Prophetic habit.

The Prophet ﷺ was an early riser and started his day by waking up at Fajr following a short nap that he always took after his long Tahajjud prayers that he performed every night. The Prophet ﷺ stressed the importance of waking up early and making the most of this time of the day:

The Messenger of Allah, peace and blessings be upon him, said, “O Allah, bless my nation in their early morning.” [Sunan al-Tirmidhi 1212]

After making wudu and praying Fajr, the Prophet ﷺ stayed up to recite his morning Athkar and set his intention for the day. Fajr is one of the most blessed times of the day so the Prophet ﷺ would increase the time he spent in worship during these early hours.

“So [Prophet], bear everything they say with patience; celebrate the praise of your Lord before the rising and setting of the sun;” [Qur’an 50:39]

This is also one of the best times to recite the Qur’an as Allah emphasises in the Qur’an:

“So perform the regular prayers in the period from the time the sun is past its zenith till the darkness of the night, and [recite] the Qur’an at dawn- dawn recitation is always witnessed.” [Qur’an 17:78]

If it was a Monday or Thursday, the Prophet would also fast that day:

The Messenger of Allah, peace and blessings be upon him, said, “The deeds are presented [to Allah] on Monday and Thursday. Thus, I love for my deeds to be presented while I am fasting.” [Sunan al-Tirmidhi 747]

The Prophet ﷺ did not fall back asleep after sunrise. Instead, he would use these morning hours before Duhr to visit his relatives and companions, including the sick or the bereaved. He would also frequently visit his daughter Fatimah Al-Zahraa [RA] and would spend time with her and his grandsons. Afterwards, he would walk through the market, greeting passersby and taking the time to stop and converse with anyone who approached him asking for support or advice.

Making time for those in our life, whether it be family, friends, neighbours or colleagues is an important Sunnah that the Prophet ﷺ always stressed the importance of:

Aisha [RA] reported: The Messenger of Allah, peace and blessings be upon him, said, “The best of you are the best to their families, and I am the best to my family.” [Sunan al-Tirmidhi 3895]

Another Sunnah which the Prophet ﷺ never missed was praying the Duha (forenoon) prayer. The Duha prayer is a voluntary prayer that consists of praying two rak’ahs. It can be performed 15-20 minutes after sunrise, until just before the sun passes its zenith or 15-20 minutes before Duhr. It is a small act but praying Duha carries a great reward:

Abu Darda reported: My beloved friend, the Prophet, peace and blessings be upon him, instructed me with three deeds I will never leave for as long as I live: fasting three days a month, performing forenoon prayer, and not sleeping until performing Witr prayer. [Sahih Muslim 722]

After performing the Duha prayer, the Prophet ﷺ would take a nap to recharge and wake up close to the time for Dhuhr (noon) prayer.

The Prophet ﷺ prayed almost all of his 5 obligatory prayers in congregation:

Abdullah ibn Umar reported: The Messenger of Allah, peace and blessings be upon him, said, “Prayer in congregation is better than prayer alone by twenty seven degrees.” [Sahih al-Bukhari 619, Sahiḥ Muslim 650]

So after performing Dhur at the mosque with his companions, the Prophet ﷺ would sometimes address his congregation about any important events or social and spiritual matters. Praying voluntary prayers (Sunnah prayer) alongside each of the 5 obligatory prayers was a habit the Prophet ﷺ encouraged us to do:

He also performed these voluntary prayers alone at home as opposed to performing them in congregation at the mosque:

After performing his voluntary prayers for Dhur at home, the Prophet ﷺ would either stay in the mosque until Asr prayer to give an opportunity to anyone who may need any help or advice to seek it, or sometimes, he would gather the companions and carry out acts of service or duties for the community.

After performing Asr, the Prophet ﷺ would recite his evening Athkar and then head home to spend time with his family, to ask about their day, help out in household chores, or to worship together.

When the Maghrib adhan is called, Prophet Muhammad ﷺ rushed to the mosque from his home to pray in congregation with his companions. The Prophet ﷺ would refrain from giving a talk after Maghrib prayer as many in the congregation needed to get back home to prepare dinner or break their fast. Sometimes, the Prophet ﷺ would invite his companions over to his house for dinner. If he was eating with one of his wives, he would make this quality time for her, to the point of feeding her himself.

The Prophet ﷺ would then remain in his home until Isha prayer. Similar to the Maghrib prayer, the Prophet ﷺ would rarely speak or give a talk after Isha, because most of the congregation were tired after a long day by this point. Being aware of the needs of those around us and doing our best to accommodate them is also a Prophetic sunnah.

After Isha prayer, the Prophet ﷺ would spend time with his family or companions before returning home to prepare for sleep.

The Prophet ﷺ slept on his right side, and place his hand under his right cheek, and recited Athkar appropriate to the time before sleeping. He would also recite specific chapters of the Qur’an during this time:

Jabir reported: The Prophet ﷺ would not go to sleep until he had recited the chapters, “The revelation of the Book, in which there is no doubt, from the Lord of the worlds,” [Qur’an 32:1] and, “Blessed is He in whose hand is the dominion, and has power over all things,” [Qur’an 67:1].

Prophet Muhammad ﷺ would wake up close to midnight to perform his night or Tahajjud prayers. This is one of the most blessed times of the day and one which the Prophet ﷺ put in a great effort to observe every night, especially the last third of the night when Allah would descend to the lowest heaven:

Abu Huraira reported: The Messenger of Allah, peace and blessings be upon him, said, “Our Lord Almighty descends to the lowest heaven in the last third of every night, saying: Who is calling upon Me that I may answer him? Who is asking from Me that I may give him? Who is seeking My forgiveness that I may forgive him?” [Ṣaḥīḥ al-Bukhārī 1145, Ṣaḥīḥ Muslim 758]

Because of how blessed this period of the day is, the Prophet ﷺ immersed himself fully into his prayers and gathered all his emotions, concentration and focus, pouring them into his prayers and calling on Allah using His names. He would read hundreds of verses from the Qur’an, reflecting on each one and matching his emotions to what he recited so that if he passed by a verse that mentioned punishment, he would ask Allah for His mercy and forgiveness. And if he passed by a verse that glorified Allah, he would praise him abundantly. The Prophet ﷺ immersed himself wholly in the Tahajjud prayers, and those who joined him in prayer sometimes struggled to keep up with the Prophet ﷺ .

Aisha reported: The Messenger of Allah, peace and blessings be upon him, entered while I was with another woman. The Prophet said: “Who is this?”

I said, “She is a woman who never sleeps because she is always praying.” The Prophet said: “You must only perform deeds you are capable of doing. By Allah, Allah will not withhold from you until you give up. The most beloved deeds to Allah are those performed regularly.”

The Prophet ﷺ remained in this state of intense worship from midnight until there was nothing left of the night except a sixth of it. He would then wake his wife to join him for the final three units of prayer he performed (known as Witr prayer), and they would pray together. Witr Prayer is a single prayer (an odd number of rak’ahs) performed during the time between Isha prayer and Fajr prayer. It must be the last prayers to be offered before the Fajr prayer. It is also preferred to be offered at the last third of the night.

When the night was about to end, and only the last sixth of it remained, the Prophet ﷺ would take a short nap and rest his body until Fajr prayer before beginning a new day.

Although this is not a comprehensive record of all of the Prophet’s ﷺ actions during the day, the above is a compilation of some of the Prophet’s ﷺ Sunnahs that we can incorporate into our day and which also carry great reward. If you feel overwhelmed, pick just one or two of these actions to build into a habit and remember…

“The most beloved deed to Allah is the most regular and constant even if it were little.”
[Bukhari]

May the journey of following in the Prophet ﷺ’s footsteps lead us all to Jannah. Ameen.

How Reconnecting With Allah Helped Me to Manage My Anxiety