What Muslims Can (Re)learn From Japanese Culture: Reflections From Japonisme by Erin Niimi Longhurst 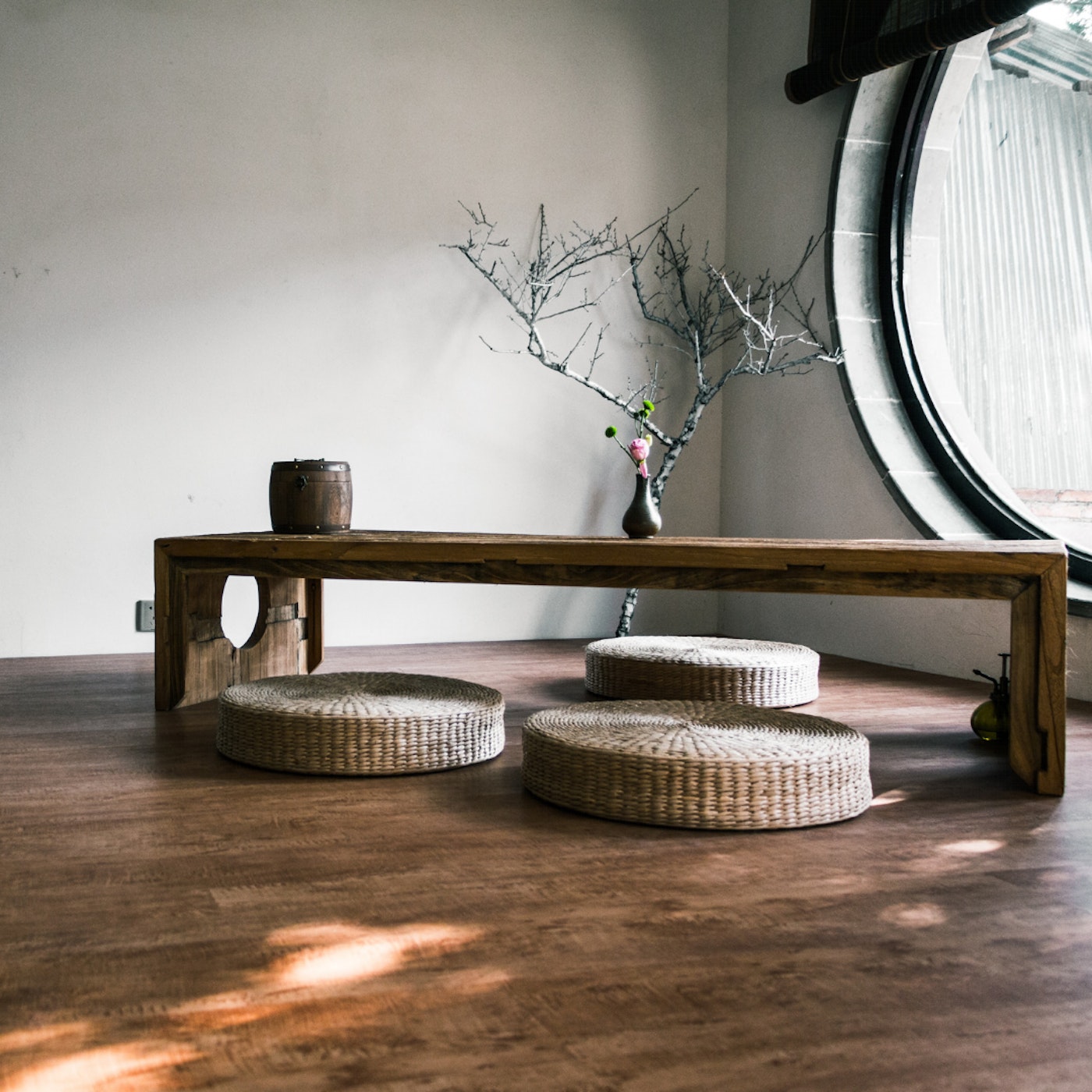 Every Ramadan, my family and I would gather eagerly around the TV to catch the latest episode of Khawater, a popular TV series that aired throughout the Arab world for 12 years. Khawater, which is Arabic for ‘Thoughts’, explored seminal ideas and inventions that led to innovations that changed the world for the better. The programme, presented by the famous media personality ​​Ahmed Al Shuqairi, aimed to inspire the viewers through presenting different thoughts and experiences from different countries around the world, or even from history, and explaining how they can be replicated or implemented in our modern-day context. .

Fast forward 13 years, and I am now married to a person marginally obsessed with Japanese culture. Recently, my husband  and I were discussing a book he had bought that reminded me of the programme I had watched many years back and that inspired within me the same sense of discovery and desire for positive change.  The book, Japonisme, written by British-Japanese author Erin Niimi Longhurst, summarises some aspects of the Japanese mindset, daily habits and cultural activities. What drew me to this book in particular was  its conversational tone and its beautiful design and images. It has been a while since I’ve been engrossed enough in a book to read it from cover to cover, but I found myself flipping through the pages of Japonisme with ease. Many of the things that I read rang a bell, and I was inspired by the Japanese mentality and way of life since it highly resembled many of Islam’s teachings.

Our faith serves as the perfect guide to our lives, a complete set of guidelines that inform how we should live and conduct ourselves. Reading Japonisme, I realised just how much of the teachings of our faith we’ve neglected and I wanted to highlight some of the habits described in the book that reminded me most of the beautiful teachings of our faith and that inspired me to revive them in my daily routine.

The Prophet Muhammad ﷺ said: “The son of Adam cannot fill a vessel worse than his stomach, as it is enough for him to take a few bites to straighten his back. If he cannot do it, then he may fill it with a third of his food, a third of his drink, and a third of his breath.”

Interestingly, there is a Japanese saying that says Hara hachi bu or “Eat until you’re 80% full”. It is not quite the 66.6% that our Prophet Muhammad ﷺ recommended, but the sentiment is the same, that we should avoid overconsumption and practice balance in everything we do! It is hard to resist the temptation of junk food but there are so many benefits to following the teachings of our Prophet Muhammad ﷺ for both our physical and spiritual health.

Our Prophet Muhammad ﷺ also said: “(One) should not wipe his hand with towel until he has licked his fingers, for he does not know in what portion of the food the blessing lies.”.

The Japanese share a similar mindset when it comes to food waste: Nokorimono ni fuku ga aru or “Luck exists in the leftovers!” which encourages them to eat leftover food rather than throwing it away. That’s why it is common to eat communally in Japan, which means less food on individual plates that a person couldn’t finish.

In Japonisme, the author states that many Japanese relationships start with a big confession known as Kokuhaku. This sets the intentions straight from the start and saves time and emotional energy for both people embarking on this new journey. I couldn’t help but draw parallels between this practice and how Muslims (should) start relationships, with clear intentions, involving elders at an early stage and getting straight to the point: marriage. In many ways, we have deviated from this practice with the marriage process now marred with ambiguity and unserious candidates who draw out the process for personal gains with no intention of getting married.

There is so much wisdom in setting the right intentions from the beginning and open and clear communication which it would be great to see a return to in our modern-day dating and marriage process.

There is nothing that makes me more sad than seeing an elderly person roaming the streets on their own, sometimes struggling heavy bags and other times sitting on a bench or waiting at a bus stop alone, their eyes scanning their surroundings and  yearning for human interaction. There is no scarier thought than imagining my own parents in such a situation.

Respect for the elderly is ingrained in Japanese culture, where it is common for elderly relatives to move in with younger ones. The third Monday of every September is a Respect for the Aged Day in Japan.

Islam instructs the same level of respect towards, not just our parents, but to all elderly people in society. The Prophet Muhammad ﷺ said: “He is not from us whoever does not have mercy on our young and reverence for our elders”.

In another Hadith, the Prophet Muhammad ﷺ also said “The younger should greet the older first” and on one occasion he made sure an elderly man spoke in a congregation before a younger person.

A forgotten sunnah that holds great reward but which is not commonly practiced in our day and age, especially with the rise of social media, is the power of silence. In Islam, we are responsible for every word that we utter and it could be the difference between us entering Jannah or, God forbid, the opposite. Today’s global culture is loud; everybody has an opinion, and people are encouraged to heedlessly express their opinions, with no concern for the impact on those around them or even consideration for whether the opinion they are sharing is beneficial, factual or kind. Our mind is constantly whirring with different thoughts and ideas and it feels like our brains also struggle to find a moment of quiet. The Prophet Muhammad ﷺ reminds us of the importance of speaking less in two Hadiths:

“Whoever is silent, he is saved” and “Whoever believes in Allah and the last day, let him speak good or else be silent”.

Similarly in Co Japanese culture, Iwanu ga hana or “silence is the flower” is a saying that highlights the virtue of silence and many Japanese pastimes such as  Shinrin Yoku (forest bathing) and Ikebana (flower arranging) encourage meditative and relaxing reflection while also bringing a a person closer to nature. To really benefit from these activities,silence is encouraged and this is a virtue we can bring to many of the activities and Islamic Ibadat that we carry out in our own lives, whether it be dedicating time for Dhikr, working on quieting our minds during Salah or silently contemplating a Surah of the Qur’an.

This is one of the surprising things I came across in the book. Like with many cultures around the world, I learnt that the Japanese too are quite strict about taking shoes off when entering homes and shrines. Moreover, before entering a shrine, they perform temizu, a purification process in which they wash their hand and swish water around in their mouth to purify themselves, outwardly and inwardly.

This bears striking resemblance to wudu, ablution. It is also common in many Muslim households around the world to remove shoes while indoors. Our faith goes beyond this and encourages us to maintain a state of purity as best as we can,and not just during the time for prayer.

When asked what the first thing the Prophet Muhammad ﷺ did when he entered his house, Aisha (RA) replied: “[He would] use the toothstick (siwak)”. Siwak doesn’t only cleanse the mouth from bacteria and freshens the breath, but it also it purifies the spiritual state of one’s words and tongue. The same applies to wudu. I need to remind myself of this constantly, to take wudu slowly and ponder upon its dimensions instead of splashing water in a hurry.

One of the things I am grateful about having my bedroom in the loft is having to sleep on a Japanese bed. A Japanese bed is a low-level bed that is without legs. I’ve never really pondered on the fact that it was called a Japanese bed until I was reading Japonisme and I came across chabudai and zabuton. Chabudai is a low dining table in which one has to be seated on the floor while eating. Luckily, to avoid hurting one’s knees and to help maintain good posture, a zabuton is used, which is a floor cushion placed under the knees.

Eating on the floor is something my Lebanese family in the village used to do.

We used to gather around a big tray with multiple dishes of food and eat all together communally. Unfortunately, this is a habit we didn’t transfer to our city apartments, where we commonly sit on dining tables like kings.

When choosing books to read, I consider the benefit I will gain from them. Recently I’ve realised that reading for knowledge is sometimes not enough, as gathering knowledge is not intrinsically beneficial unless you share it or it changes the way you act for the better. I hope that by sharing the lessons I gathered from this book that it will encourage me, and you, the reader, to implement more of these habits in our lives and to revive some of these forgotten sunnahs.

Shirine is a PhD Student and Mother who enjoys different forms of expression in her free time, including blogging and calligraphy. You can check her calligraphy on. IG: @shirineelzaatari.