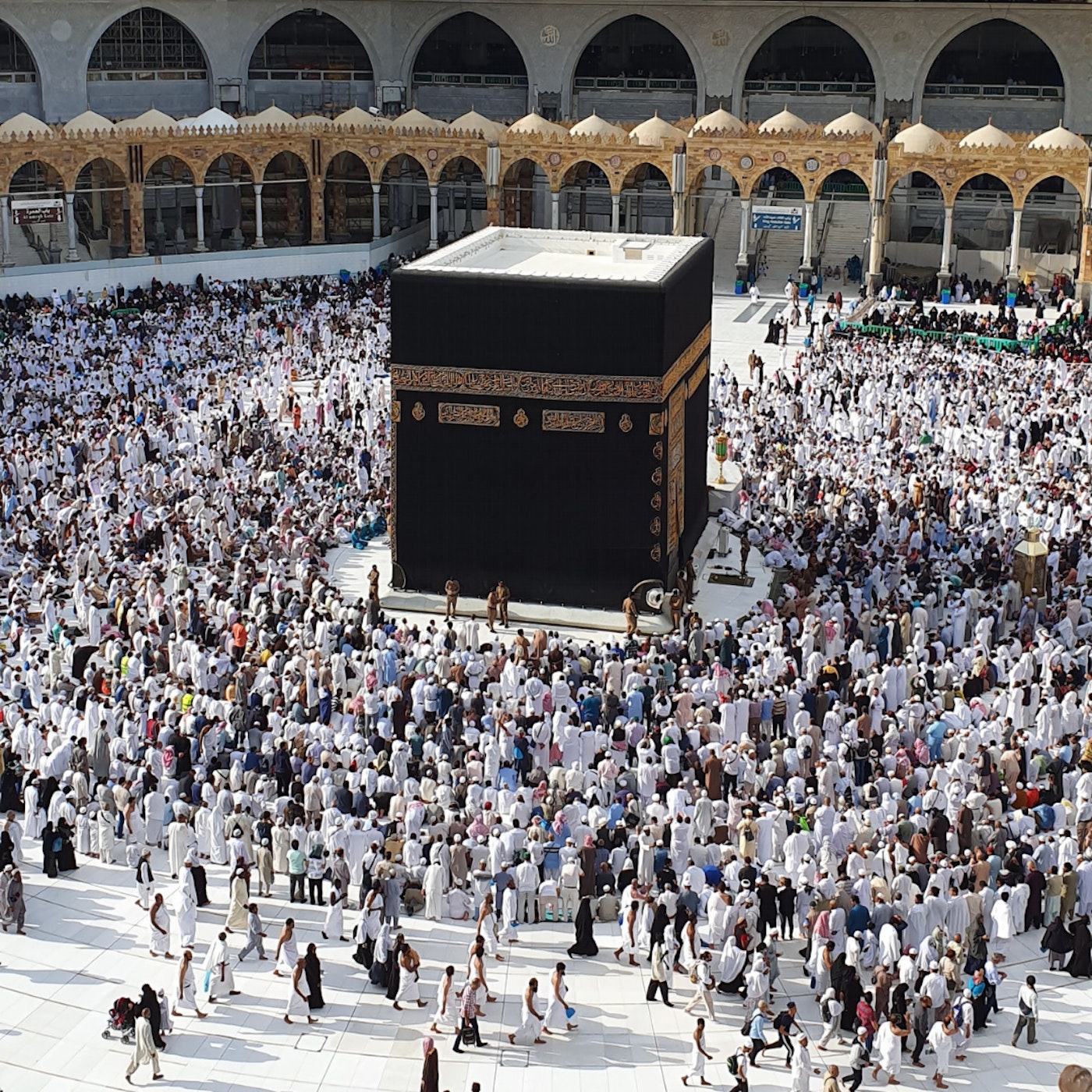 Hajj is the fifth pillar of Islam that every sane Muslim man and woman of age is obligated to take part in at least once in their lifetime if they are financially able to do so. The Prophet ﷺ said:  “The reward for a Hajj mabroor (accepted Hajj) is nothing but Paradise” (Al-Bukhari and Muslim). So what makes Hajj so special? Here are 8 facts about Hajj:

Millions of Muslims from all over the world get ready for this journey of a lifetime and come together to perform this obligation as one big community. Despite all the changes in recent years that have made Hajj easier and more accessible for pilgrims, Hajj is a test of patience, endurance and faith.

"No one is exempt from God’s Mercy on this day – Allah’s forgiveness is for everyone who seeks it."https://t.co/ReasThyHQs

2. Hajj takes place on the 8th of Dhul Hijjah

Muslims from all over the world worship together as a reminder of how we are all equal in front of Allah, judged only by our deeds and not our status, gender or race. Dressed simply and alike in Ihram, everyone looks the same. There is also no segregation between men and women, as there is for the daily prayers, symbolising our gathering on the Day of Judgement where we will all gather to have our deeds weighed. Through this, Allah reminds us that on that day, nothing will matter except our closeness and sincerity to Him.

The Prophet ﷺ said: “Whoever performs Hajj and does not commit any obscenity or transgression will return [free from sins] as he was on the day his mother gave birth to him.” (Al-Bukhari)

The Prophet ﷺ also described Arafah: “On this day, Allah, the most Exalted, descends to the nearest heaven, and He is proud of His servants on the earth and says to those in heavens, look at My servants, they have come from far and near, with hair dishevelled and faces covered with dust, to seek my Mercy. Even if their sins are as much the sand or the froth of the sea, I shall forgive them.”

5. Arafah was the where Adam (as) and Hawa (as) reunited

Arafah comes from the word “to know” and it is on Arafah that Adam (as) and Hawa’ (as) were reunited on Earth after repenting to Allah and being sent down from Jannah. Every year, reflecting that tradition, Muslims gather on Arafah to repent to Allah and reconnect with Him.

Dhul Hijjah: What Does the Day of Arafah Represent? | Amaliah

6. The rituals of Hajj honour the family of Ibrahim (as)

Hajj honours the family of our beloved Prophet Ibrahim (as) who displayed immense Tawakkul or trust in Allah, for example:

The Route of #Hajj pic.twitter.com/KPgbBWB7N0

7. The Prophet ﷺ only performed Hajj once in his lifetime

The Prophet ﷺ only performed one Hajj in his lifetime in 10 A.H., at the age of 62 and he passed away the following year. On the day of Arafah, the Prophet ﷺ delivered the farewell sermon where he said:

“O people, your Lord is One, and your father is one: all of you are from Adam, and Adam was from the ground. The noblest of you in Allah’s sight is the most Godfearing: Arab has no merit over non-Arab other than Godfearingness.”

What Karbala Taught Me About Collective Grief

By The Rogue Muslim