In Search of Sex Ed for Muslim Women Rooted in Islam

by Zainab bint Younus in Relationships on 29th September, 2022 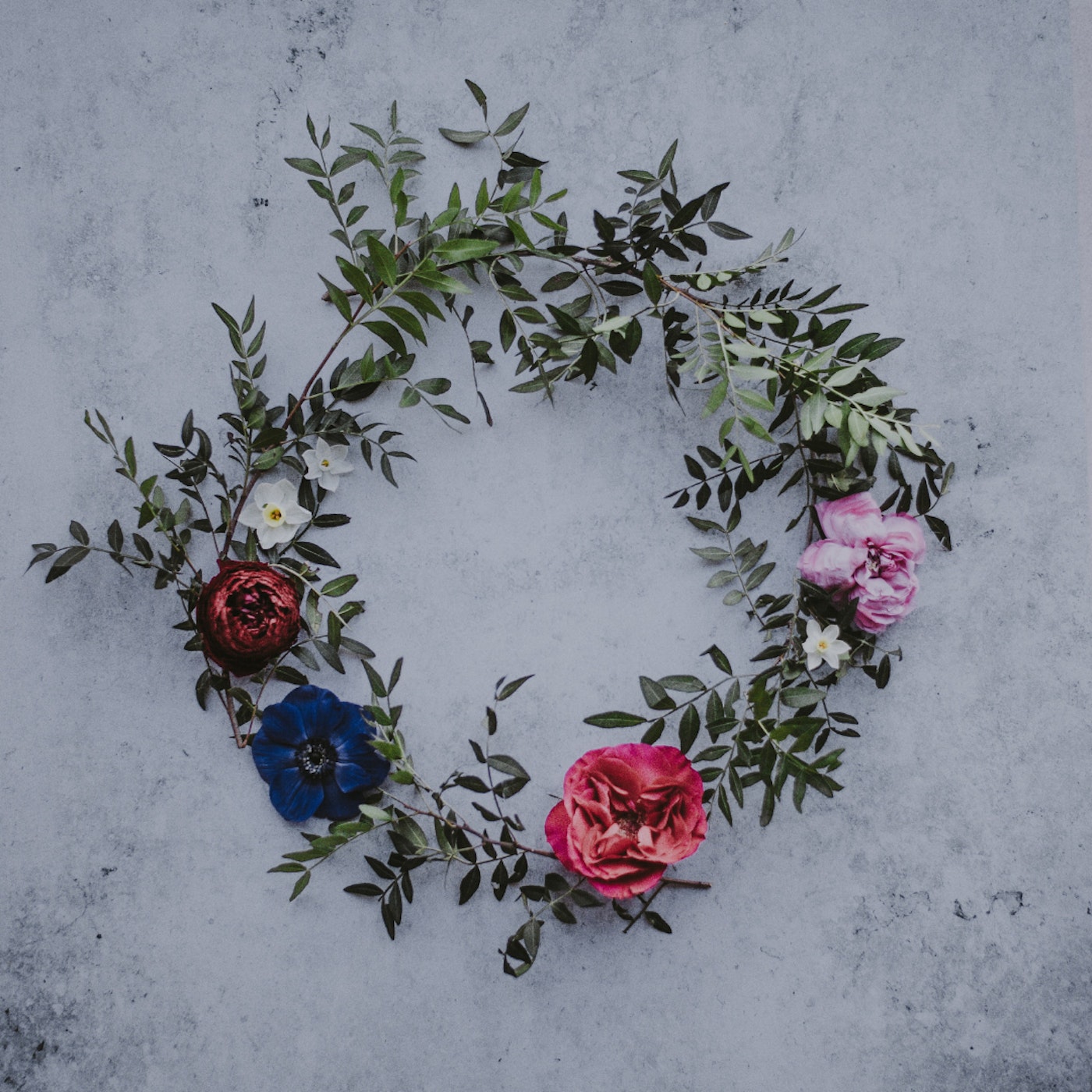 Sex and sexuality are always instant clickbait buzzwords, garnering attention no matter what the context. In the Muslim community, the reaction has long been one of scandal and taboo, but this is quickly changing. From online classes that promised spousal peace and fulfillment to women by helping them realize their seductive powers of charm, to women-centered movements meant to speak to Muslim women about sex and sexual health, there is now a plethora of efforts dedicated to the topic.

The real question is, how accurate, holistic, and religiously authenticated is the material being presented?

Unfortunately, much of the purported ‘sexual education for Muslim women’ continues to fall short. The first few courses and classes fell solidly into the camp of telling women that men simply need sex more than them, and to seduce their menfolk into taking out the garbage, while the men were informed that their wives would prefer cuddling to orgasm. Regrettably, an example of some attempts at providing female sexual education for women, by women, fell into a different extreme: by almost entirely neglecting the ‘sex’ part of sexual education and instead enthusing over the (medically unsanctioned) virtues of vaginal steaming and doing dhikr chants of the Names of Allah to heal womb trauma.

Even outside of classes and webinars, there are individual women who have publicly turned to New-Age, pagan-lite ideas and vocabulary that are only thinly veiled with Islamic terminology – invoking “the Earth Mother” and “ancestors” in the same breath as Allah and His Messenger, waxing lyrical about magic and the powers of menstrual blood.

Though one can understand why women feel the pull to an approach of womanhood and female sexuality that is celebrated rather than grounded in shame, it is absolutely necessary for us to recognize the difference between what originates in paganism, and what has a solid basis in Islamic spirituality and scholarship.

Muslim women’s need for a well-rounded, holistic sexual education is real. The sexual dysfunctions prevalent in our community are many – everything from women being raised to associate their bodies with shame, and then expected to seduce their husbands from the wedding night onward; women unfamiliar with their own anatomy and who later struggle with multiple and various reproductive health issues; women struggling with vaginismus or women whose libidos outpace their husbands’… the list goes on.

From an Islamic perspective, there is a dearth of qualified female scholarship to address the fiqhi and spiritual matters related to women’s bodies and sexuality, in a manner that is culturally and socially aware of the day-to-day realities of the general population. From a health perspective, there are certainly more resources that Muslim women can access for credible information, but many either do not seek it in the first place out of a misplaced sense of shame, or don’t even know where to begin.

It is heartening to see that there is greater awareness and a sense of urgency in addressing these issues, especially since so much time has been lost in denying their severity rather than openly acknowledging the challenges that women experience regarding their own bodies.

However, any and all efforts that choose to brand themselves as “Islamic” must remember the first rule of thumb: unless there is actual Islamic  textual evidence for a matter, it cannot be called “Islamic.” Merely invoking cultural and ancestral traditions – whether or not they come from Muslim cultures – is not enough to claim religious legitimacy. Indeed, one must have particular wariness that certain cultural traditions (whether European, North American, Arab, desi, or otherwise) do not in fact hold elements of shirk or serious bid’ah. And while it is fully reasonable not to entirely trust Big Pharma as having all the answers to every health issue, it is not fully reasonable nor responsible to claim that “traditional healing practices” are a cure-all or to be pursued against the advice of medical professionals. As always, those who place themselves in a position of imparting knowledge must understand the severity of the responsibility that they carry – knowing that they will indeed be held accountable on the Day of Judgment.

The Muslim community has long struggled with the issue of producing high-quality and professional work, whether it be with regards to masjid programs, institutions of religious education, or the field of literature. There are always different factions trying to push their own perspectives, whether ‘traditionalist Sufi’ or ‘orthodox Salafi’ or ‘inclusive progressiveness’; of course, this is natural and a reflection of the diversity of thought amongst all people, including Muslims.

What we must collectively be aware of, however, is that regardless of where we fall on the spectrum of religious ideology, we must be cautious about what material we are putting out there – and what material we are actively choosing to consume. A webinar or a course that is labeled as “Islamic” or has a featured scholar on the speaker lineup, does not automatically mean that every speaker has the correct qualifications to speak on the given topic; nor does it mean that every idea being shared is religiously sound and sanctioned (pro tip: “life coaches” are not automatically qualified to speak about anything, religious or otherwise).

Muslim women in particular need to be cautious and discriminatory about the information we are absorbing. We already have a long history of being discouraged from using critical thinking about what has been taught to us, and the negative effects of this have been long-reaching and continue to affect Muslim women daily.

Whether men or women are doing the teaching, we should always be asking ourselves the right questions about who is teaching, what their qualifications and experiences are (and in which field!), what they are teaching, and whether they are providing accurate information and references. We should have the skills to filter the information being taught to us, cross-checking it against what we already know, and seeking more knowledge about what we do not know; we should never be afraid of asking questions and digging deeper.

None of this is to say that Muslim women should refrain from seeking information on sexual education, in either a religious, psychological, or medical context. On the contrary, we should be doing so more than ever – but cautiously.

Most importantly, we should do so with the awareness that there are often more self-appointed experts (however well-meaning they may be) who see an opportunity for themselves, than there are genuine authorities who have both the qualifications and the experience to back up what they are teaching. At the same time, it is important to recognize that there are indeed many incredible Muslim women who are qualified, specialized, and have spent years doing the incredibly hard and necessary work of providing female-centric, medically-accurate, and religiously authentic education. These women have dedicated themselves to both studying and teaching, guiding women through many of their most sensitive situations and mystifying conundrums with regards to their sexual health and wellbeing.

Unfortunately, these women are still a rarity, and many have had their work questioned, sidelined, and disparaged by their own communities. To those of us who have the privilege of accessing such individuals, we should be certain to uplift and empower their voices and work. Their knowledge and expertise is priceless, and they need to be supported in every way.

Heba Shaheed and Anjelica Lindsay-Ali are two such women who have been involved in women’s health and sexual wellness issues for years, with the necessary qualifications to do so.

Two women are not enough, however, to handle the entire Ummah’s issues in these areas, and so we should be eager to encourage more Muslim women to enter these fields of expertise – medical and Islamic both.

We have a long way to go yet in being able to provide Muslim women with access to truly holistic, religiously grounded, medically sound, and psychologically healthy sexual education. We have generations upon generations of traumas to address, new challenges to navigate, and age-old common struggles to overcome. We have emotional baggage to get rid of, religious education to upgrade, and different perspectives to consider. We owe the women of this Ummah knowledge and healing, and to do so, we must undertake the endeavour with the seriousness it deserves. It does Muslim women a great disservice to dress up tired stereotypes and incomplete fiqh, or half-baked fusions of supernaturalism and faux Islamic spirituality, and to present them as religiously based sexual education. Rather, it is a communal obligation for us to put forth the necessary time and effort to curate and build a wealth of positive, supportive, Islamically sound, medically vetted, and spiritually healthy resources for Muslim women (and men!) to seek knowledge regarding sex and female sexuality. In the meantime, it is also up to Muslim women to critically examine the material that is being produced and presented to us as an Islamic sexual education, and to ask questions – even if they are difficult. It is with this combination of carefully produced work from Islamic and other professional educators, and the critical evaluation of Muslim learners, that we will inshaAllah see a true renaissance of Islamically based sexual education for Muslims… and with that, a dramatic change in the way that this Ummah is able to handle some of its most sensitive issues.

Zainab bint Younus is a Canadian Muslim woman who writes on Muslim women's issues, gender related injustice in the Muslim community, and Muslim women in Islamic history. She has taken a social media sabbatical but can still be found on Instagram (@bintyounus) and at her blog: https://phoenixfaithandfire.blogspot.com/ IG: @bintyounus