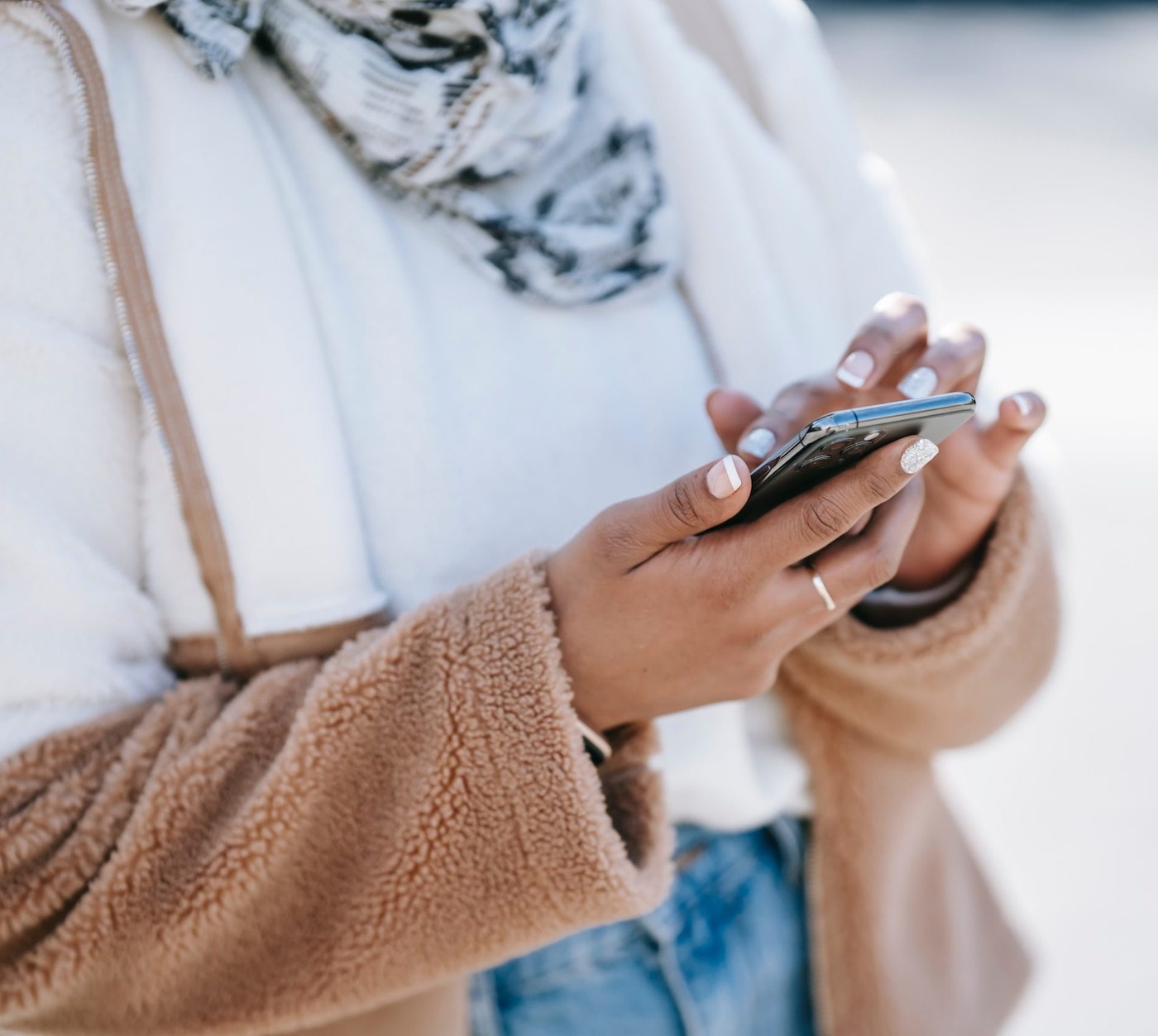 I sit down to complete a piece of writing that I’ve been putting off, cup of tea in hand and cat on lap. My phone is just out of reach on the desk, and despite it not having lit up or made a single sound, within three minutes of sitting down, somehow I find it unlocked in my palms. I can barely recall the process that led me to the all-too familiar scrolling, but it’s one that happens multiple times a day. First thing in the morning, last thing at night. It happens when I have free moments, as well as when I really don’t.

Since I became starkly aware of this behaviour, I’ve tried to become more aware of its nuances. I noticed that I start scrolling almost immediately on feeling a negative emotion, be it anger, confusion, or sadness. I realised I instinctively unlock my screen and open apps when I’m alone, when I’m waiting for something or someone, and of course, when I succumb to procrastination. Sometimes it happens entirely subconsciously, on autopilot, with me barely aware of what I’m doing. I rarely remember the tweets or reels or images I scrolled through afterwards, and definitely don’t enjoy the process, and yet, I can’t seem to stop.

It was years ago now that I acknowledged the fact that I likely have an addiction to my phone, one that I saw mirrored in most people around me. Everyone from my loved ones, to complete strangers I see in cafes and at bus stops, seems to suffer from the same affliction—a silent pandemic.

From time to time I’ve half-heartedly considered going cold turkey with a non-smart phone to break the addiction, but on realising how difficult it is to park a car, check directions or take a photograph without one, never follow through. The awareness and guilt lingered at the back of my mind like a distant cloud, and it was only this year when I came across the trend of dopamine detoxing, that the intention of addressing it was reignited.

My initial feelings were fairly cynical, the internet is brimming with click-bait and baseless fads, and dopamine is an essential part of the human experience. But something in my gut kept me curious. In hindsight, perhaps it was the part of my fitrah that innately is at odds with the toxicity I’m experiencing. I came across a YouTuber called Leon Hendrix who conducted specialist brain scans on himself before and after a period of ‘dopamine detoxing’. The results were remarkable, and got me thinking about how it relates to Islam and our souls.

Dopamine is a neuromodulator linked primarily to rewards, motivation and pleasure. Its capacity and effects intersect deeply in the spiritual realm with desires, habits, addictions, and ultimately then, the final outcome of our lives. The difference between us having control over the nature of our dopamine activity and our response to it, or us being enslaved to it, could mean the difference between eternal felicity or damnation.

Healthy, balanced dopamine activity is an essential part of God’s design for our experience in this world, but humans have found ways to, in a sense, hack the natural order of things. Pornography, taking drugs, computer games, food additives, gambling, and internet scrolling, are examples of activities that flood our systems with unnatural levels of dopamine activity, hyper-stimulating dopamine receptors. This is then followed by a feedback loop resulting in dopamine desensitisation. We need more and more stimulation to achieve the same feeling of pleasure.

The specific context I’m interested in here is dopamine activity in response to screens, particularly ones concerning the internet and social media, though it extends to online shopping, games, news and more. While there are many facets of the widespread unwanted side-effects that result from our consumption, including dwindling attention spans and ability to focus, community breakdown as parasocial relationships with ‘influencers’ increase, anxiety, irritability, and depression, one thing is certain and clear: all of it is at loggerheads with fitrah.

The serenity of souls, harmony of hearts, and sweetness found in acts of worship that I read about in stories of the blessed sahabah and saints feels like a distant dream. Hearing about people who eagerly count down to the next salah and luxuriate in its every word, who are addicted to their Qurans, craving tilawah and tafseer like we were created to do so, it often feels that they inhabit a different world to mine.

And in a way, they do. In this age which is nigh impossible to navigate without the internet, a life oriented towards God in the fullest sense must be cultivated with great care. I am witness to the fact that complacency with time and internet usage is no harmless thing. It has been intentionally designed to lock us in, to mine our attention for as long as possible, at any cost.

The most sobering cost is not that children read less nowadays because the pages of a book don’t hook them in the same way that moving images do. Nor is it that fewer adults have the patience to gain in-depth knowledge, resorting to headlines or three minute videos instead. The most disturbing and far-reaching effects are on our spiritual states and aptitude for worship.

I write this as a reminder to myself first and foremost. I spoke to family and friends about their struggles when consciously trying not to be on their phone unnecessarily, particularly in order to worship or do something more beneficial. Their responses reflected my own feelings. A sense of alone-ness, isolation almost, was described, along with being agitated, fidgety, unfocused, scattered. Boredom, restlessness, anxiety and constant temptation to pick the phone up again were also common, along with discomfort with silence. Our dopamine balances have been disturbed to the point of addiction.

Contemplation is core to spiritual growth and nearness to God, and it requires a certain clarity of mind and depth of heart. Being comfortable in one’s own company, honouring times of intimate, private presence with God is invaluable. Silence is sacred and special. Building up capacity to focus in remembrance of the Divine is vital to come closer to His Light. Spending time immersed in nature, drinking life-giving waters from the Quran, and reflecting deeply are cornerstones of spiritual wayfaring. Time, attention, consistency are vital. Yet our capacity for every single one of these is directly impacted by dopamine desensitisation caused by unhealthy internet consumption.

How can I be present with God, if I can’t even be present within myself? How can I grow as a person and understand my journey if every time I feel uncomfortable, I numb myself by scrolling?

How is it that Urwah ibn Zubayr (RA) refused tranquilisers and assistance when needing his leg amputated, responding with, ‘I have no need of them as I hope that dhikr and tasbeeh will suffice me.’? How is it that people from amongst the sahabah described dhikr on their tongues as sweeter than dates? While my prayer beads remain untouched for periods and I barely even manage to recite the daily adhkar each day, let alone be deeply transformed by them.

On the other hand, my phone is always charged… I certainly feel that my phone addiction, as minor as it seems, is a big obstacle in my relationship with God. This is not to say that the internet can’t be used to benefit, or that all smartphone users also face the same problems, but I do believe that the symptoms I struggle with manifest to varying degrees across the population.

The YouTuber who trialled the dopamine ‘reset’ went for seven days with no media consumption (podcasts, videos, television, social media) or junk food. He focused on spending time in nature, exercise, and reading fiction books for enjoyment, and described feeling markedly more calm and focused by the end of the period. In the scans taken before the reset, his brain showed low voltage reaction output, typical of someone with a lot of screen time, and that he was on the borderline of having anxiety.

After just a seven day reset, the scans showed a significantly increased reaction voltage output; his brain had healed and was working more efficiently. His alpha waves had normalised, tipping him away from being at risk of anxiety. The doctor interpreting the results said; ‘Your brain is at peace… Your brain is extremely efficient at being calm. It seems like this is the way to go.’

It is incredible and reassuring to know that the keys to healing, restoring, and resetting our brains, and insha’Allah, subsequently, our deeper states, are within reach. I’m not advocating something dramatic for everyone, but rather that we take a balanced and consistent approach to taking control of our time, attention, brains and hearts. Simple steps like using an alarm clock and making bedrooms phone-free zones, having set times to consume internet content, and keeping weekends off social media can go a long way. If any of this article has resonated with you, make the intention with me to take better care of our souls, for the sake of Allah.