by Amaliah Anonymous in Soul on 24th January, 2023 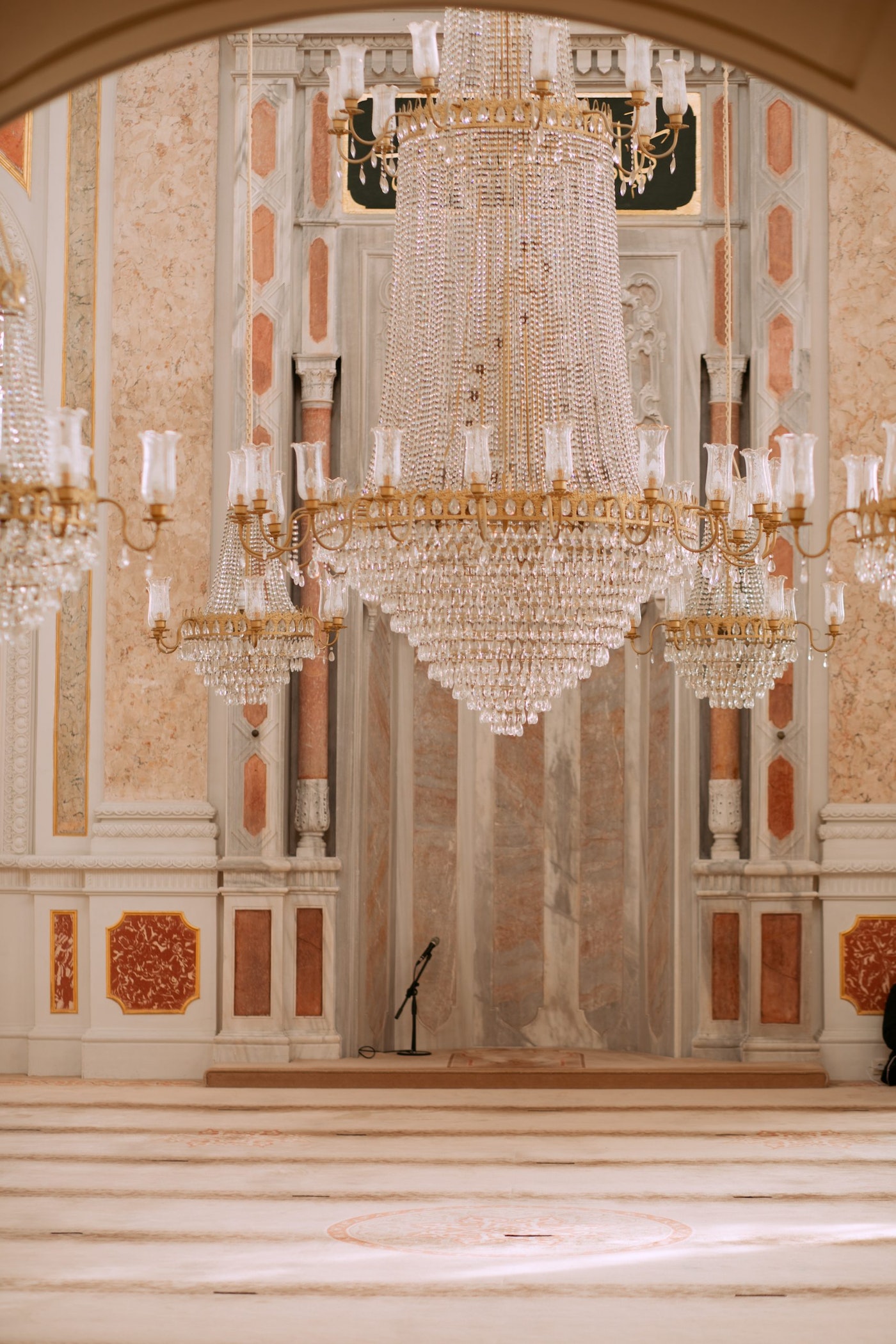 Not long ago I was the kind of person who never readily expressed my feelings, who suppressed emotions and got embarrassed by overt displays of love. Growing up, this is what I’d observed in my family. My mum and older brother would squirm with discomfort if you expressed too much  emotion or tried to get too close with words. I grew accustomed to this and came to appreciate the love shown through seemingly mundane acts – meals cooked, trips to the playground, as well as the constant presence and reliability of having my family around.

But suppressing my actual need for words of love, affection and comfort, for hugs and warmth, was unhealthy. During quite an intense period of difficulty in my life, I became mentally and physically unwell due to the amount of suppression I’d done over the years. As a young mother of young children, alone most of the time, exhausted and unsure about what I was doing, I needed those words of love, encouragement and acceptance. But for various reasons, I received misdirected anger and criticism instead.

I was erupting slowly. My marriage was difficult, motherhood was difficult, my relationship with my family was difficult. I’d been raised to be an ‘obedient’ daughter. But this obedience didn’t seem to help me in any way. I’d pushed down any negative feelings and deluded myself into thinking that everything was fine.

The first signs of steam emerged in the Summer of 2020. I directed my frustration at Allah. As far as I could see, the root of my problem was that I was a woman. He made me a woman, but He didn’t like women very much. These thoughts went back to my teenage years. I’d spent most of my teens and early twenties growing up with hard-line Salafis. They were our imams and mosque committee members. They painted a picture of ideal Muslim women that was limited and narrow. Our presence in the mosque felt unwelcome. We were treated like a walking fitnah, our bodies, our faces and our voices were problematic.  Many jummah khutbahs were about the ‘problem’ of women and how society was falling apart because of women. We had to obey our husbands, stay at home and keep out of politics and public affairs. Friday after Friday, hadith were selected and misconstrued to legitimise these ideas.

University wasn’t much better. During ISoc (Islamic Society) events we were confined to the back rows where we could barely hear the speaker. We barely had any space to pray in the prayer room. In committee meetings, we were treated as though we were invisible by some of the brothers.  It felt that as a woman, my position in this deen was in the back row.  As I grew older and the difficulties of marriage and motherhood took over, all I could see were my shortcomings. I prayed and fasted and tried to worship Allah, but I never felt good enough.

Finally I erupted and all the emotions I’d bottled up came tumbling out as though they’d never stop.  I had so much anger at all the ‘unfairness’ I’d experienced over the years, over all those times I was compelled to obey. Over the fact that I was supposed to be a ‘good’ daughter, a ‘good’ daughter-in -law, a ‘good’ wife,  a ‘good’ Muslim woman. What did ‘good’ even mean? Why was I expected to be angel-like when people around me were certainly not?

The moment of clarity came on a day when a good friend stopped by to visit. A trained therapist, she sat patiently with me as I vented all my frustrations. She put her arm around my shoulder and said, ‘You’re angry. But who are you angry with?’ Her question forced me to pause and think: Why on earth was I allowing myself to be like this? Why was I obeying? Was I people-pleasing my way through life?

I felt a strange sense of relief when I realised that the anger I felt was directed at myself.  The truth was, I was tired of being a victim, of believing that everything had been done to me and that I had no control. With this realisation, I felt an unexpected outpour of love in my heart. I decided then to sign up for counselling sessions.

When counselling began, I was encouraged to dig deep into my insecurities and my own limiting thought patterns. As hard as this was, the internal sense of love grew. With weekly counselling, I was changing rapidly and came to new realisations about myself every day.  My therapist taught me to put up much-needed boundaries. In the Self Help section of my local bookshop, I discovered an incredible book on boundaries by devout Christian medical consultants Dr Henry Cloud and Dr John Townsend. This resource opened my eyes to the detrimental effects of constant people-pleasing and the inability to set boundaries on one’s mental health.

Unsurprisingly, people from religious or community-oriented backgrounds find it more difficult to set boundaries, because we are taught to be more self-sacrificial and giving of our time and energy. However, as with everything in life, balance is essential, so limits must be put in place. Setting boundaries allowed me to assert myself, shake off cultural expectations and put my foot down to unreasonable demands.

As I worked on myself, I revisited my relationship with Allah. This was a journey of ‘unlearning’ all the conservative and traditional  gender notions I had grown up with.  I began to understand how much freedom Allah  gave me as a woman. I appreciated my identity as a pure soul belonging to Allah alone, unconfined by restrictive interpretations of religion and culture, or man-made values. Two books in particular which  helped me on this journey are:  Secrets of Divine Love by A Helwa, and With the Heart in Mind by Mikaeel Ahmed Smith. In Secrets of Divine Love, A. Helwa portrays a relationship between Allah and us that is loving, close and intimate, a far cry from the distant, aloof and angry Lord that I grew up learning about. In With the Heart in Mind, Ahmed Smith hones in on the emotional intelligence of the Prophet ﷺ in his relations with his companions and the women around him. My love for him ﷺ grew profoundly as I realised what an extraordinary emotionally intelligent man he was, how gentle, kind and compassionate he was and how much he loved, honoured and championed women.

I also read the works of Imam al Ghazali (ra). In his book The Alchemy of Happiness, he says, ‘the key to knowing God is to know your own self’. This resonates with what psychologists today tell us, that knowing yourself is key to a happier life. Knowing what triggers you, what provokes anger, sadness and frustration is essential in knowing how to take back control. When you are unaware of your emotions, you become enslaved to them. Learning to be aware of my triggers and to be mindful of my emotions was pivotal to my self-healing.

I watched a number of renowned therapists including Brene Brown and Judith Orloff to help me with this, but the resources I found most helpful were Abdullah Rothman’s Islamic Psychology videos, as well as a YouTube channel by an American organisation called Wasat. With their framework of Sufism, these videos  guided me to the vocabulary I needed to understand that the ‘spiritual awakening’ I was experiencing was an ‘opening.’

The outpouring of love I had been feeling on this difficult journey came from my Creator – Al-Fattah (The Opener), Al-Waduud (The Most Loving) . Up until now, I hadn’t truly known Him, but I came to recognise the ways in which He had answered several of my duas, provided for me, gave me what I needed before I realised I needed it. He had brought me to my lowest so that I could confront the worst parts of myself and draw closer to Him.

When I recognised His love for what it was, my love for Him increased and became my fuel for healing. My prayers changed. My thoughts changed. He was the first one I ran to when I had any problems. I thought of Him first thing in the morning, countless times during the day and at night. I saw His mercy everywhere, felt His acceptance, His intense love and His encompassing forgiveness. And while I still have very difficult days, life is much more bearable than it was. This transformative experience has touched every aspect of my life, and its effects have reflected in my relationships.

Life is hard, and people are burdened, but Allah is constantly pouring out His love. He is the author of our lives and when He decrees hardship in our stories, it is to bring out our best attributes. Just like iron ore needs to be heated for the scum on the surface to be extracted, we need difficulties to extract the worst part of ourselves, to get to the pure metal. We should acknowledge our difficulties but not drown in them, pray to Allah for relief but also maximise the resources available to us, whether that be a counsellor, good friend or family, support group or the self-help section of a bookshop.

And to always remember, during these moments of difficulty, that Allah loves us. Even if it feels like He is far, He has never left our side. For He says, ‘Indeed, ˹it is˺ We ˹Who˺ created humankind and ˹fully˺ know what their souls whisper to them. And We are closer to them than ˹their˺ jugular vein.’ (Qur’an 50:16).

Becoming a Moon: A Crisis in Islamic Knowledge and the Need for Female Scholars of Islam