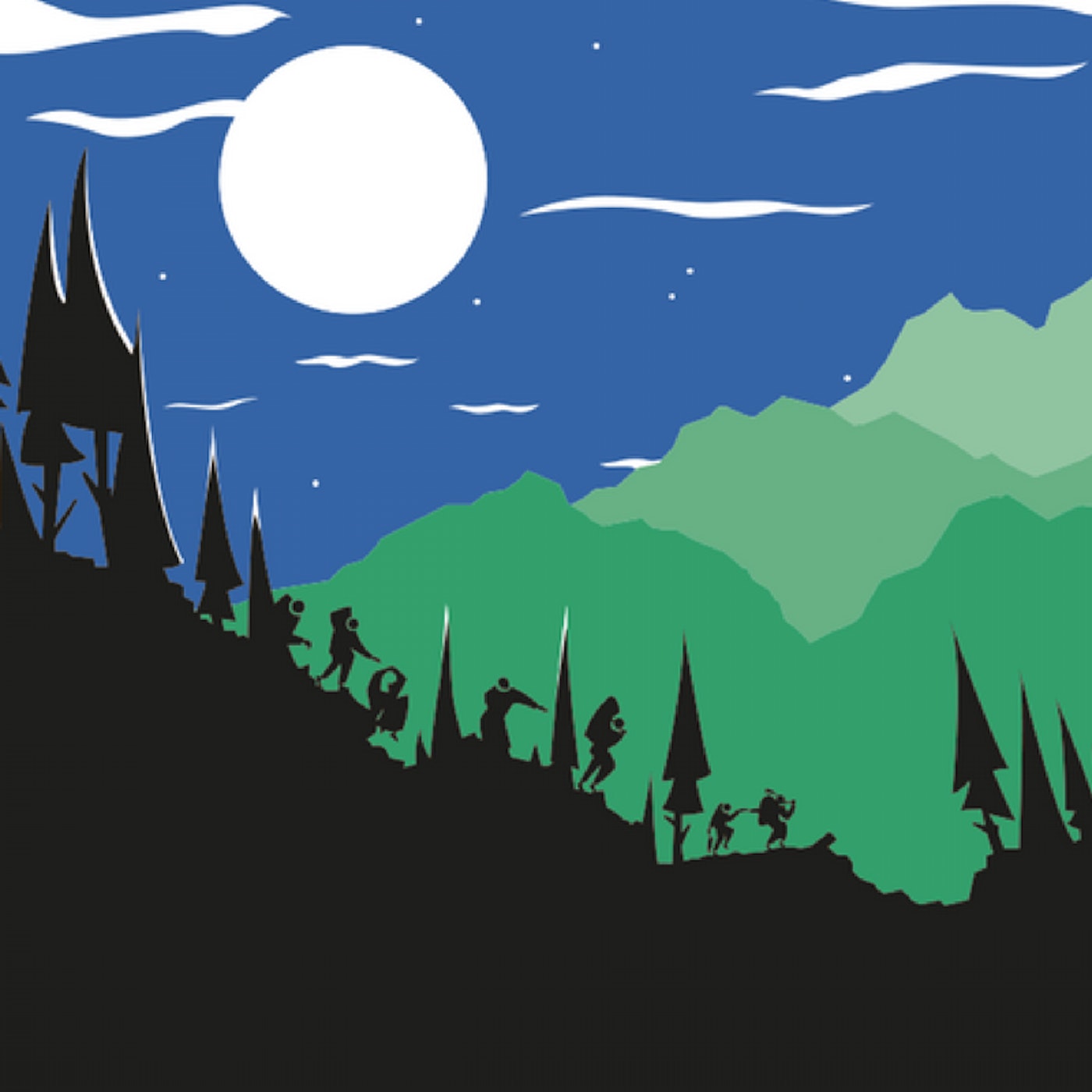 How do we expose children to the harsh realities that others face? This is a big question every parent or carer faces. In times of increasingly dire situations, where the narratives are all skewed, how can we ensure they are understanding and empathising?

How have we always taught children basic morals? Stories. Yasmin’s Journey is one such example.

In 2015 when the refugee crisis began to gain more publicity, Charlotte Bibby, a London based creative, felt frustrated by the way the media was portraying the people that were coming into Europe, particularly those in “The Jungle”, the unofficial refugee camp in Calais, France. So she decided to do something about it to try and change the tone of the narrative being used in relation to refugees.

Charlotte created ‘Yasmin’s Journey: A Refugee Story’, which is a children’s book written by her and illustrated by Gus Scott. It explores the story of an eight-year-old refugee, Yasmin, who must leave her home in order to seek safety and aims to educate children about the journey refugees must take to help them to understand and empathise with their situation.

Charlotte is not Muslim, yet she is putting her efforts in to aid those who have been wrongly vilified simply because of their faith and the dire political situations of their native countries; she is truly what we can an ally. 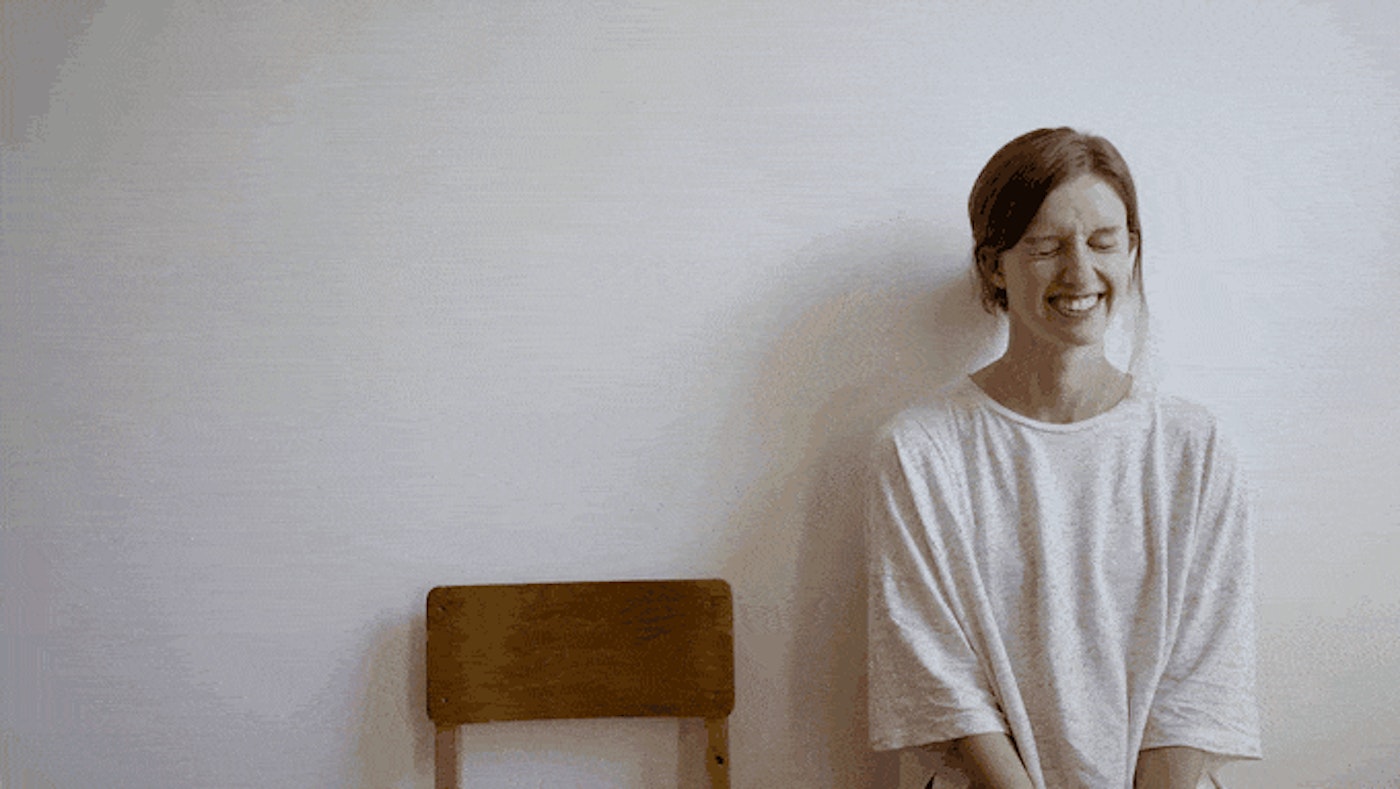 She is currently funding the project on Kickstarter, where you can pledge to receive special rewards such as postcards of the illustrations, a digital copy of the book, and bundle packages of the print books. There will be a limited number of copies of the book, depending on how many people back the project, and 50% of the profit will go to Muslim Hands. They are aiming to raise £3,000 and have until the 10th of January to do so.

These Two Mothers Have Launched a Campaign to Celebrate Interfaith Diversity

We had a chance to speak to Charlotte, and asked her to tell us a bit more about the project in her own words;

How did your journey start?

I wanted to go there and find those stories and share them with people, so in September 2015 I and a few friends went out [to Calais Jungle] and began a documentary film with that goal in mind.

We spent a few days in the camp, initially without a camera, and built up trust with various people who were willing to share their heartbreaking stories with us. The film is still ongoing, as one of the young Syrian men we met there eventually made it to the UK (in a suitcase) and we wanted to continue to share the realities of the asylum process, which he’s been denied and is currently appealing, and how he has to survive on £30 a week with no permission to work legally. He’s become our good friend over the last couple of years, but we can’t release the film until he is either given residency or deported as we need to protect his identity. 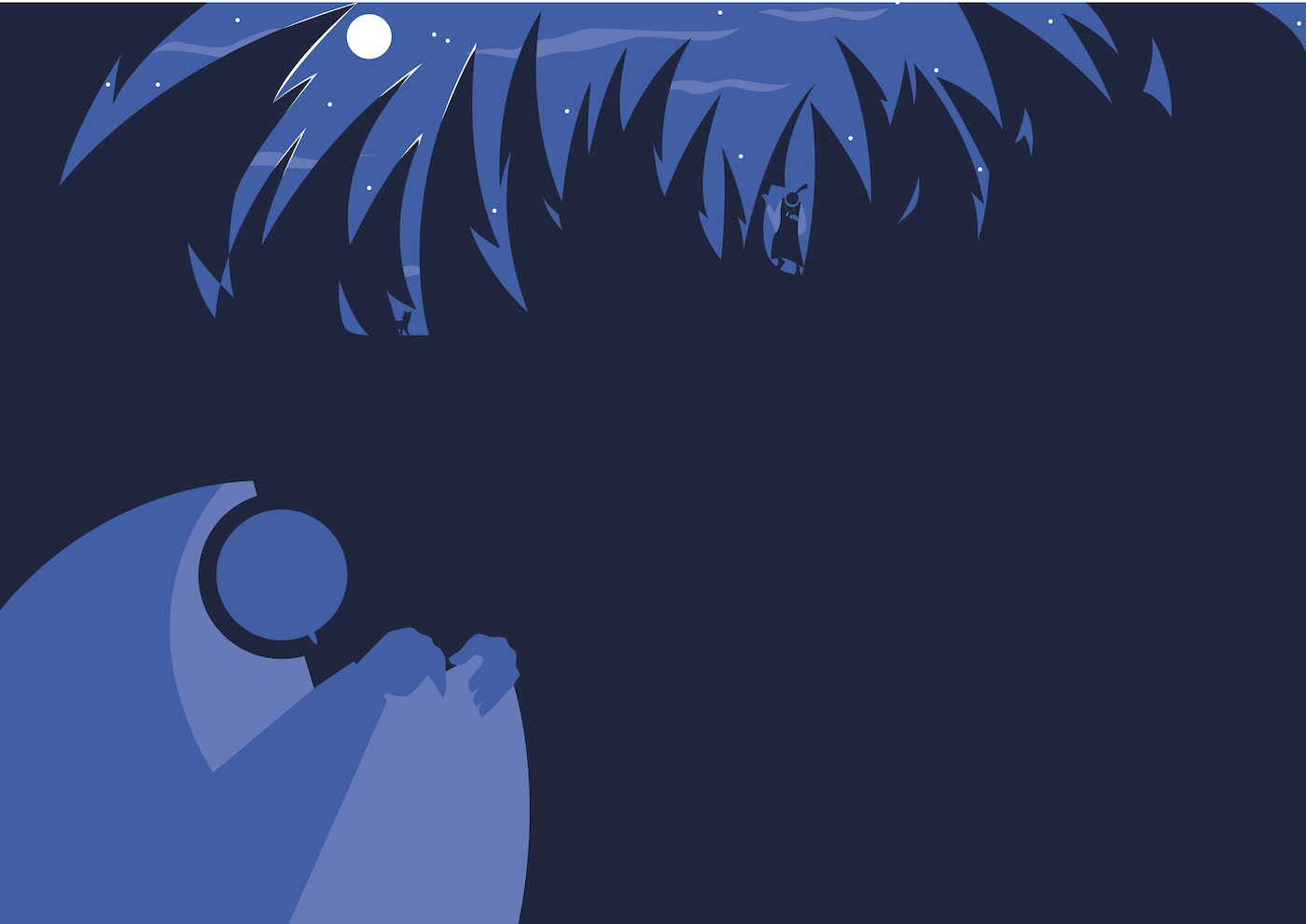 A couple of months after going to Calais I went to Serbia and spent some time volunteering on the border and got to learn how the European side of the journey worked, and the conditions people were facing.

The first night I arrived it was below freezing and 10,000 people were queuing up to get permission to cross Serbia (as it is non-EU). It was total chaos.

Many people were not prepared for the cold of Europe, having obviously come from mostly hot climates, and some people didn’t even have footwear. I worked a few evenings in a mother and baby room that offered beds and snacks, where mothers were bringing in children who were exhausted, sick and terrified. So many of the children needed medical attention that they weren’t being provided with, and on more than one occasion children would wake up screaming from whatever trauma they’d endured.

Why a children’s book? Was it inspired by a particular child?

I don’t have children myself, but I plan to one day, and since I was 19 I’ve been writing postcards to my future children and collecting children’s books from different places I’ve travelled.

This was a story I wanted to share with my own children in the future, so they understand how difficult the experience must be for other children and hopefully they treat anybody who looks different with kindness.

I wasn’t able to find a book that told this story to children, though, which is why I decided to make it myself. 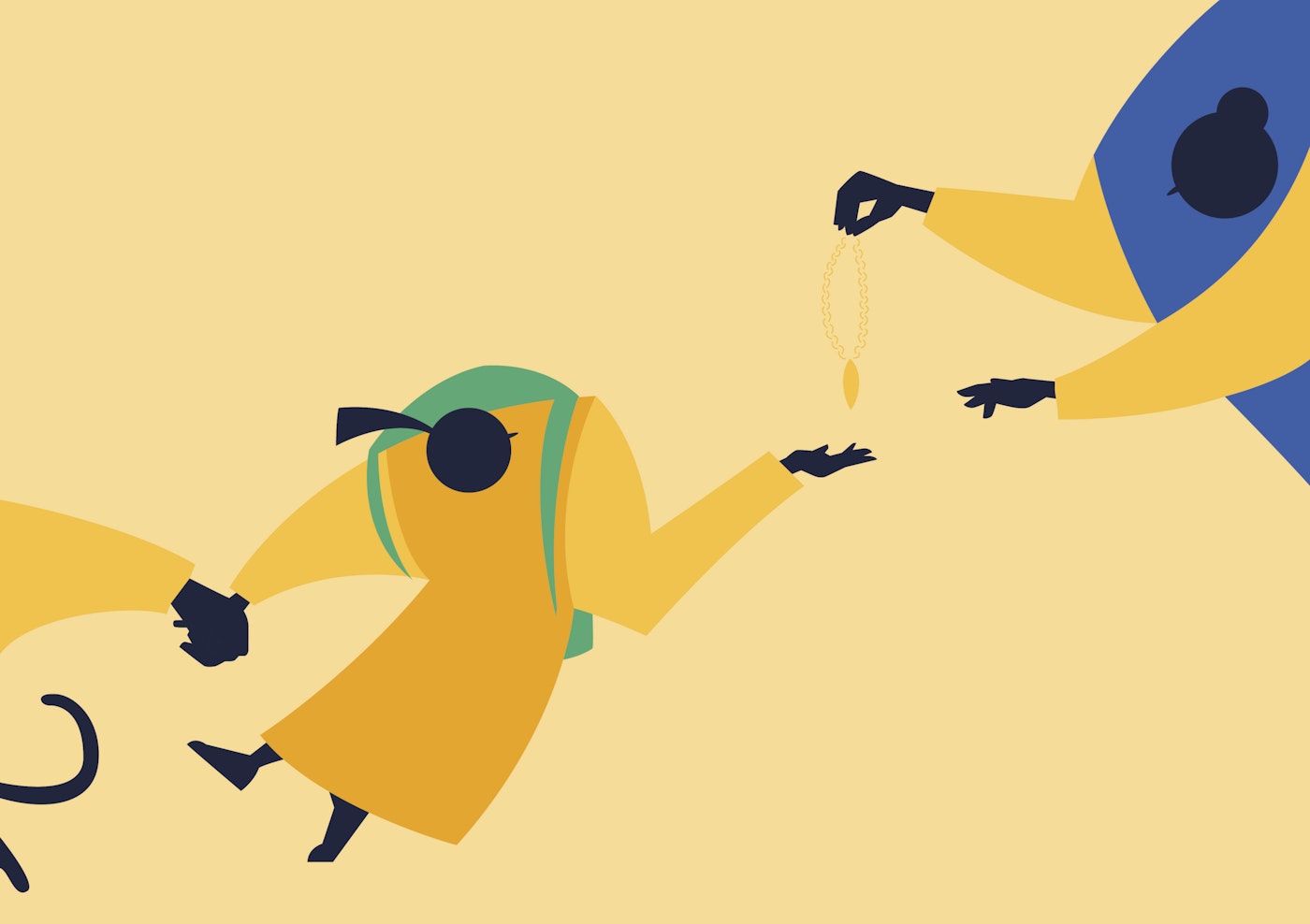 What I saw and heard was only a surface look at the experiences people were going through, but I wanted more people to at least to understand enough to not be behaving the way that unfortunately many people are behaving towards these people that have already had to deal with so much.

To survive war or poverty, to risk your life on a boat, to spend weeks travelling with your family to only then arrive in a country where you’re told to go back home is too much for anybody to bear.

I can’t do anything to stop the war, or the poverty, or the dangerous journeys, but I thought at least I could try to reduce the number of people, in this case mostly children, thinking it’s acceptable to tell a person who has gone through all that to leave. Even if it’s only one person, that’s still one person who’s not making life harder for somebody else.

What do you hope the book will achieve?

The goal is to raise awareness of the kind of journeys so many people have to go through and raise money for refugees at the same time, which is why we’re donating 50% of the profits to Muslim Hands, a charity providing aid and support to refugees around the world. We had to say ‘our personal income’ on the Kickstarter because of Kickstarter rules, but it will be 50% of the profit from the project. 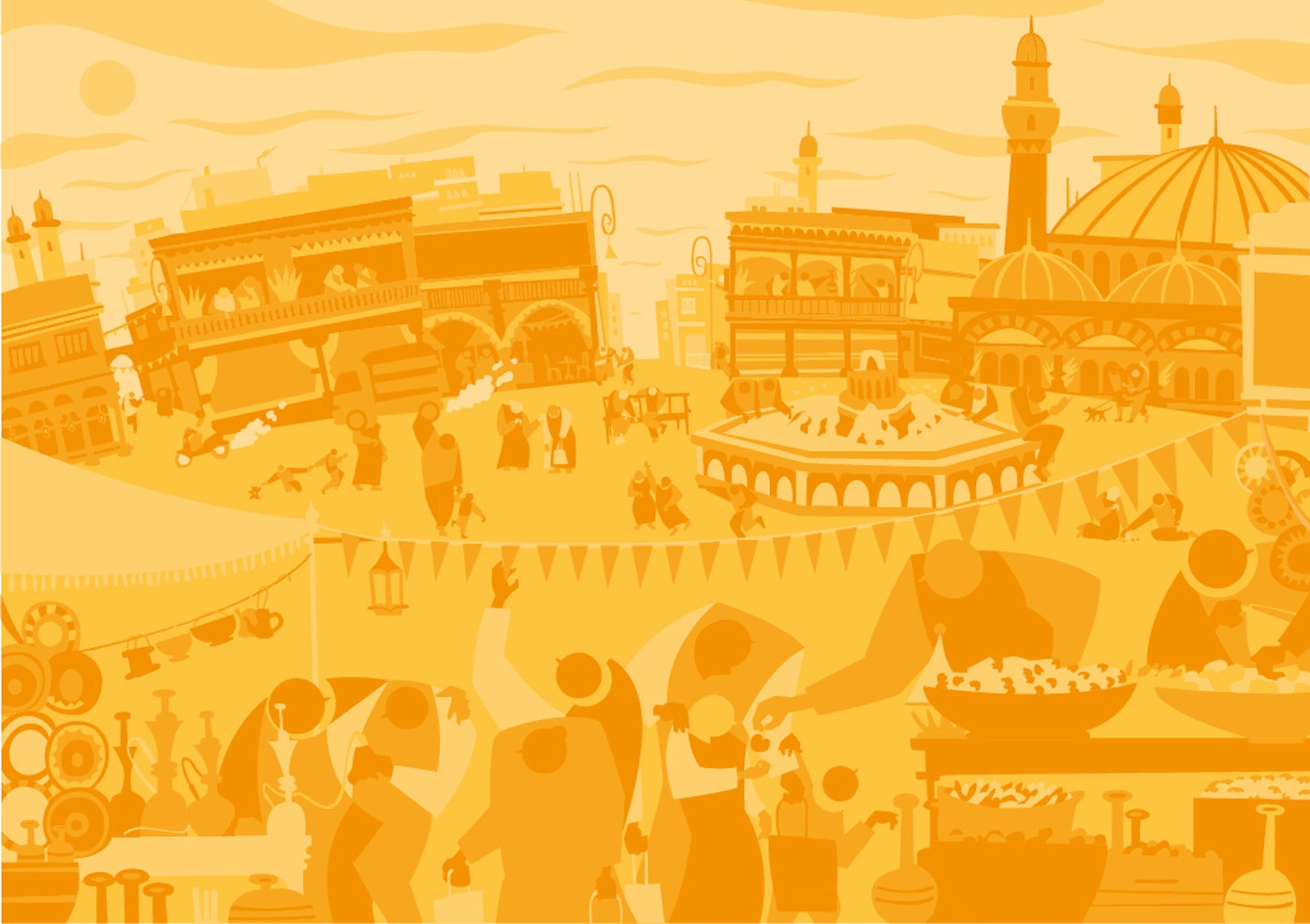 How did you choose what child would feature in the story?

I wanted no reference to any specific nationalities or ethnicities to make the same story applicable to any and all stories that are similar, which is one of the reasons I collaborated with Gus, the illustrator.

His style worked really well for the story because you aren’t able to tell what race Yasmin, the main character, is, or even where she’s from specifically (although the first scene does look fairly Middle Eastern, it was impossible to ignore specifics entirely). Gus was the one that brought up risograph printing, I hadn’t actually heard of it before, but as we wanted to create something really special that also appealed to adults without children, it seemed a perfect way to do it.

I’m not Muslim; I care about people, regardless of their religion or race, and it just so happens that in this day and age Muslims are probably the most vilified group of people on the planet so I want to at least do my bit to try to stop that.

Consider supporting this important project in creating awareness and empathy in children and adults alike. Find out more Here.