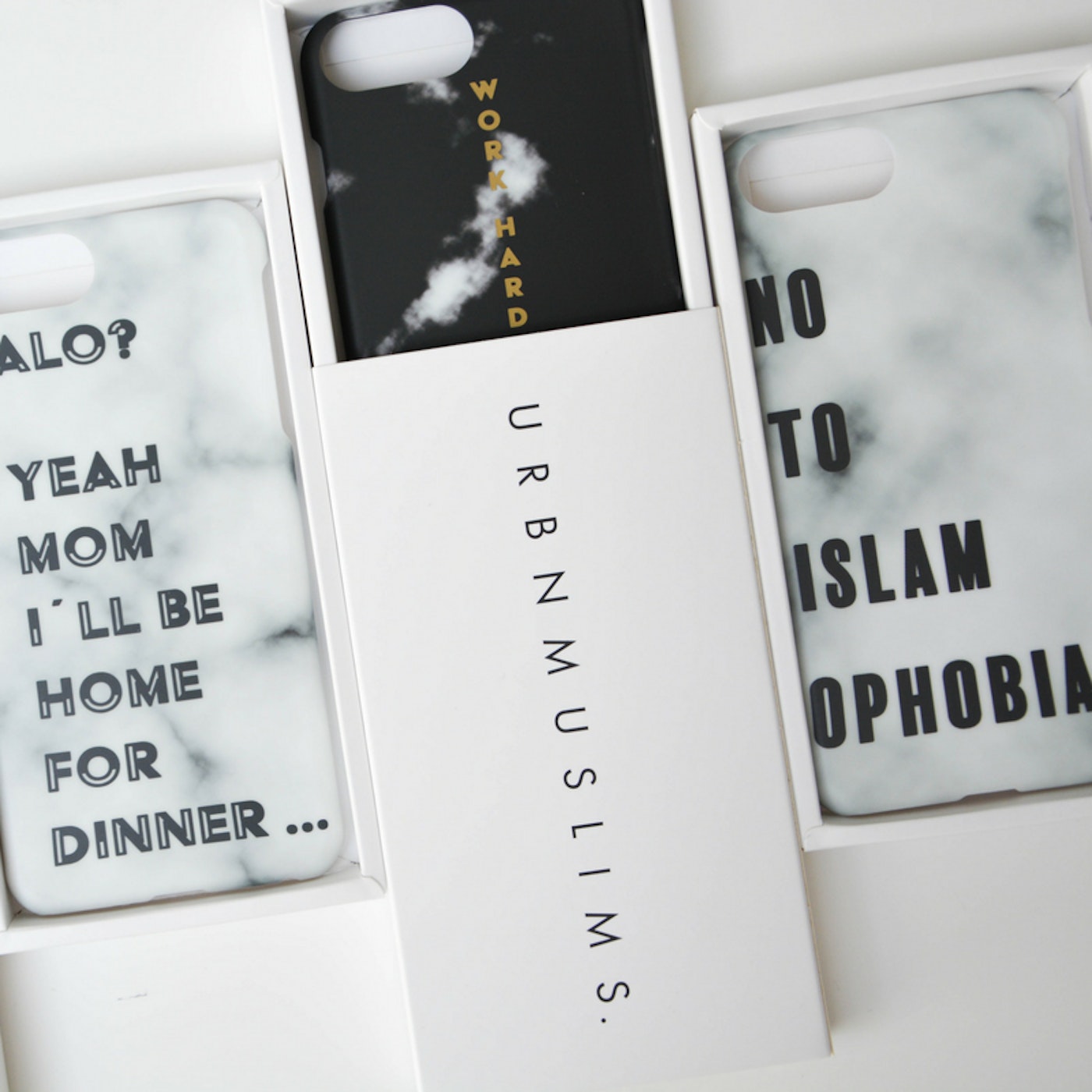 It is #FashionRevolution week, commemorating the Rana Plaza collapse, on its fifth anniversary, where over 1,100 workers were killed in Bangladesh, as a result of a building collapse. As a result, #FashionRevolution urges consumers to demand from brands, #WhoMadeMyClothes? In order to garner greater transparency from brands and their supply chains, to help battle modern-day slavery, and question the conditions for workers across the globe.

In this series, I will be unraveling a number of creatives based in major urban cities who have managed to become ambassadors of their field, defying the allure of fast fashion, and aiming to bring about ethics, diversity, and diplomacy to the fashion world.Somewhere in a Costa Coffee shop, in the hub of Oxford Circus, I met gracious entrepreneurs Suzan and Fatih from Germany, innovative founders of ethical brand UrbnMuslims. The brand that sets out to address a younger more open-minded demographic,

“Who enjoy diversity and awareness of certain issues, but still struggle with the problems urban life brings”.

The couple who once studied criminal law at university, to which Suzan later pursued, both took a drastic career turn in 2015, when the spike of islamophobia rose dramatically in Germany. Their idea was sparked due to a number of heated discussions that arose with a number of their non-Muslim friends, who were oblivious to many of their religious beliefs. When Suzan and Fatih carried out their religious daily rituals, it sparked intrigue in the couple to question on a greater societal level, how little their community may know about the religion they give great importance to. There is nothing worth mentioning regarding Islamophobia in this piece as it only serves to focus on the mess rather than the positive solutions Muslims are providing on multiple platforms. However, from urban city to city its rates rise and fall. With growing rates of Islamophobia and racism in Germany, as a result of an influx of refugees. Reports suggest that more than 40 % of residents said they,“believe Muslims should be forbidden from coming to Germany.” Where every second respondent said, “they sometimes feel like a foreigner in their own country, due to a large number of Muslims living in Germany”According to Reuters report. The couple, were in search of a platform where their voices could be heard, to change public perception.

“We realised, that change could not be achieved by just the two of us, creating awareness. We realised that we would need the voices of a young, confident and ambitious Muslim generation.”

We talk spirituality and ethical lifestyles over on the latest episode of our podcast, ‘Amaliah Voices’

The couple aim to catch the eye of the younger Muslim demographic on Instagram to empower a multitude of voices, as well as non- Muslim crowds on the streets. The brand features a line inspired by the minimalist philosophy of simplicity. Whilst combining thought-provoking, quirky, monochrome phrases such as, “I am a Muslim and I Love Japanese food” and, “Mon hijab, cést chic n´est-ce pas? Which translates to, “My Hijab looks chic, no?” Printed on tote bags and iPhone cases, these statements not only cleverly mock the subtle racial slurs and microaggressions often documented by Muslims who face an onslaught of ignorant questioning regarding rules of the religion. But the line also serves to bring about an element of soft power, and diplomacy with carefully orchestrated comic statements, that provoke an opening for dialogue between members of different faiths in the public space. 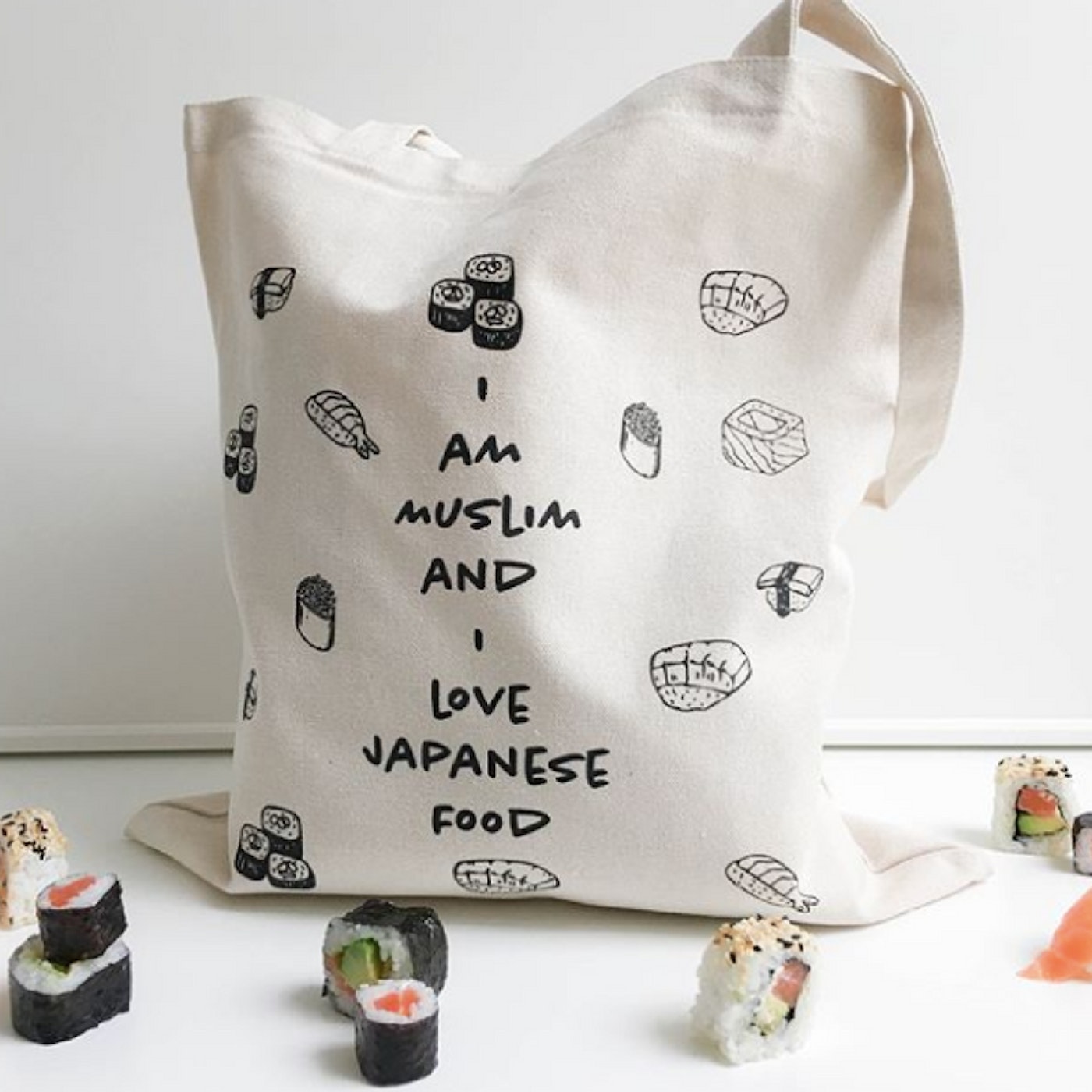 However, this is not all, in the spirit of the minimalist philosophy, the line seeks to empower the individual through disciplining the mind.  Propagating ease in giving away our personal belongings as a habitual practice. In order to declutter the home and mind, and reverse the deeply seeded effects of consumerism. To which the couple both expressed a great admiration for, as they pursue an aim to ensure their label stands for fairness, quality, and ethics,

“something our religion teaches us. We want Muslims to remember this, and non –Muslims to see this side of Islam. That Islam means caring for all humans and our planet.”

Suzan and Fatih express their concern for the dramatic consumption of fast fashion cycles, on the high street, and hope to reverse this lifestyle by producing timeless and minimalist pieces, which will be just as “in vogue” next season as they are today. “We want fashion to reflect a lifestyle, which is more than what it looks like, we want the high quality of our products to teach the customer that it is ok to invest, and spend a little more yet still make it affordable for the person with an average income.” The mission statement of Urbnmuslims, which is printed on the non-plastic packaging, is to “buy less but buy better.” Some of the middle-men producers and suppliers, were honest with the couple, in not being able to guarantee that 100% of the garments purchased, would be organically produced. To this effect, the entrepreneurs decided to produce their most recent product, their hoodie in Portugal, a European Union country. Where worker protection, fair wages, and health regulations play a much bigger role than in countries such as India, Bangladesh, or Sri Lanka.

“In the end we have paid 5 times more for the production of one product than we would have paid in the mentioned countries. But high quality and fair working conditions is something which is essential to us and our belief. Only a very tiny part of the whole cotton industry focuses on organic growth and production, aprox 1% of the global cotton market”.

If 100 % was organic, this would be an impossible endeavor to grow due to a never-ending demand for cotton, revealing the core problem, as rooted in our consumer mindset and behavior.

“Fashion should not just be ethically produced but also ethically consumed! We want our customers to ask themselves, “Do I really need this?” “And am I going to wear this next season, or will it be thrown away by then?”

The young creatives, aim to revolutionise the way we approach consuming, by investigating transparency to ensure the human rights of workers are prioritised whilst making their mark on the world of fashion one witty slogan at a time. Follow their journey on Instagram. 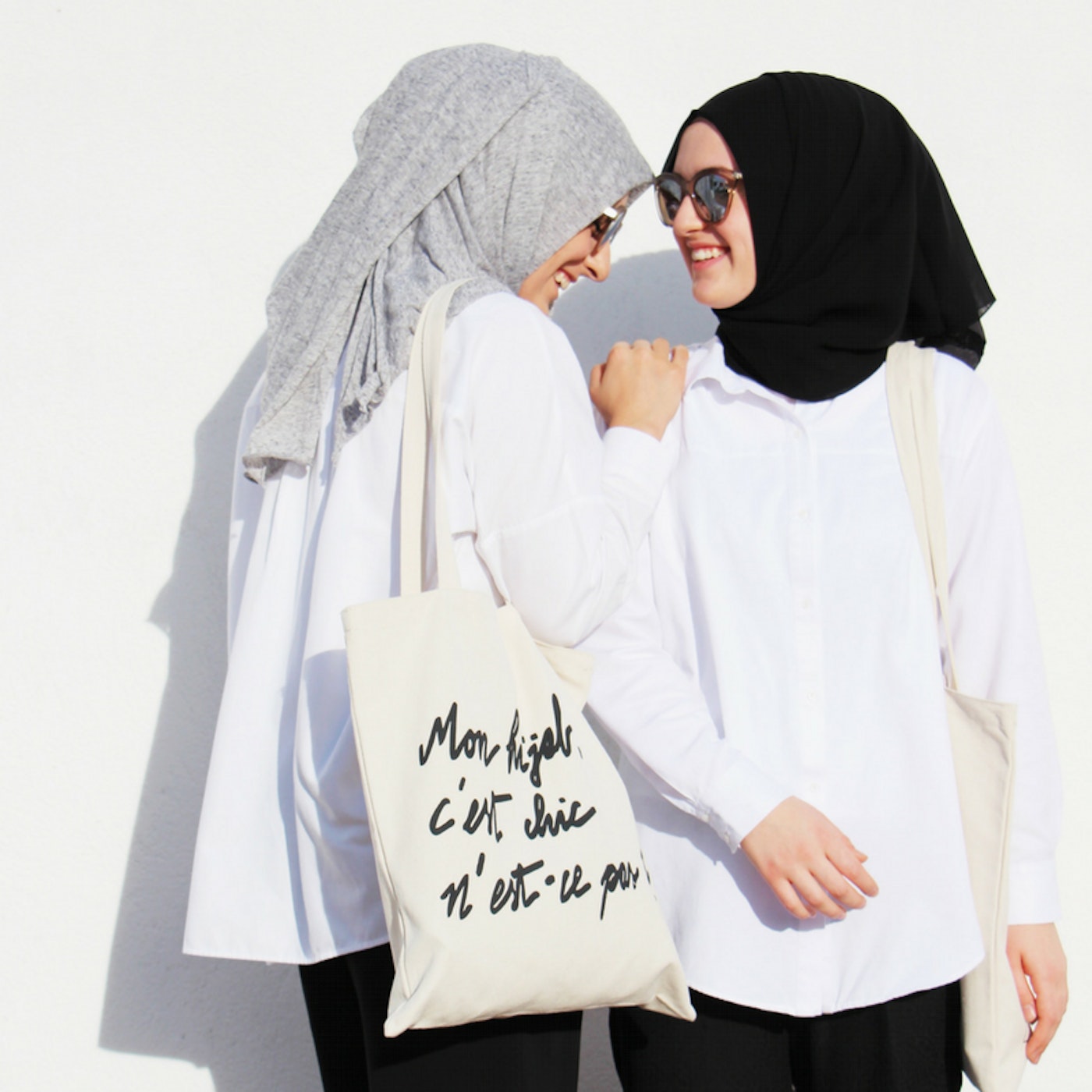 Muslim Twitter Is BACK This Week With a Little More Madness…

Welcome Back to the Weird and Wonderful World of Muslim Twitter