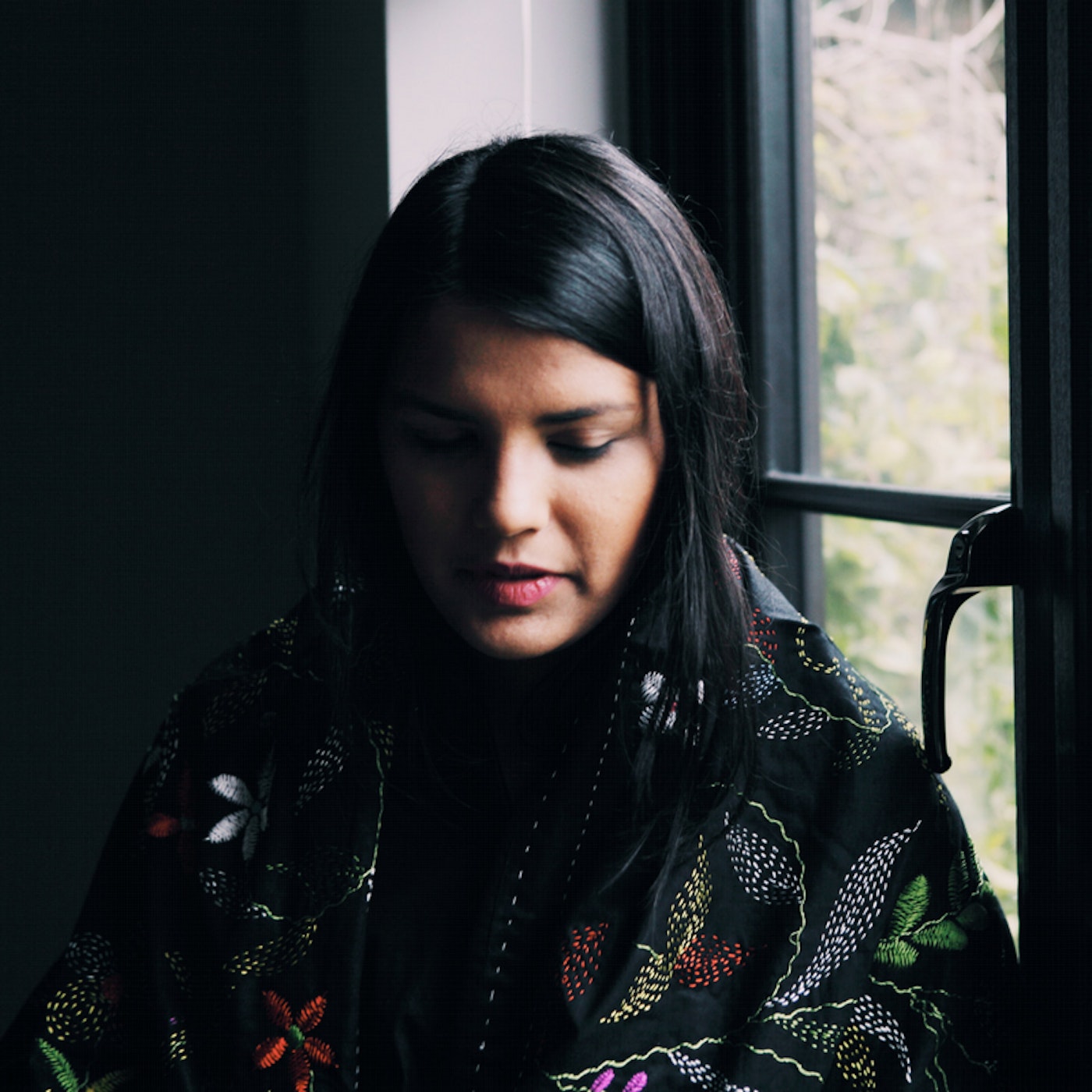 I met Tahsin Ahmed almost seven years ago as this bright-eyed and bushy-tailed history and politics student,  bursting to tell me about an idea she had after a life-changing journey to her hometown in Bangladesh. I don’t remember much about the details of the conversation, but I do remember the spark she had when she was saying it. That rare spark you see in someone when they finally find their purpose, that. She foresaw the whole project, from start to end, she had all the components of it in her mind. Meeting with entrepreneurs, attending events, and speaking to people in the field, I could see the cogs turning in her mind as to how this related to the women she knew in Bangladesh. How would she set up a mini system,  a micro-enterprise that would act as a platform to enable them to see beyond the fog of the social obstacles of the region that bound them, to fashion a future for themselves and their families?

The plan was set in motion, Tahsin’s mother tongue being Bengali, she yearned to be part of its society. This time around, she wasn’t there as a visitor, she was returning to her home. She wandered through the green tropical palm trees, and vines, she breathed in the fertile humid land. The earth held its breath there.  The sounds of Bangladesh brought her great comfort hearing the hum of people chattering, children playing, cars honking, and the tranquil echo of the Athan spreading its hands across the luscious land, this was her first mature experience of Bangladesh looking at it as if through fresh eyes. Howatikki and Dokinbug these were the surrounding villages of Golapgonj Tahsin’s hometown,  the villages that captured her inspiration, in all of it’s beauty.

Her journey entailed the rediscovery of her roots, to help her navigate the complexities of her identity in the UK, with a yearning to learn more about where she came from, her parents, and their upbringing.

“Discovering local villages where my parents grew up, where my lineage began, I decided I wanted to give back to my community. My parents migrated to the UK to build a better quality of life for the future and better education for us children.. I wanted to find out more about where they came from and give back to the community. Rediscovering my heritage, meant bringing the culture to life, through art.”

Tahsin told me, “our parents worked so hard for us to get a better education, the children don’t have that they don’t have the choice, they must work, we must break the cycle of child labour – giving them an opportunity to have a chance, to ensure women lift themselves out of poverty, instead of us granting aid like saviours”.

“If ever there was a true sorority in the world of ideas, it must have been in the field of quilt making.”

For centuries women have been telling their stories in Bengal through art and music, this is expressed in a number of ways, one being Nakshi Kantha, a folk art comprised of designs, and patterns embroidered intricately into a quilt, with a running stitch called ‘Kantha.’ The stitch on the quilt traces the lines of pain, sorrow, joy, and dreams that are buried within each woman. It is sad as it used to be a skill that the majority of women in Bangladesh were equipped with, that became a dying art in Bangladesh as technology and machines took over.  Nakshi was for women who wanted to feel empowered through telling their stories in a language they were well versed in, the art of stitch. Their fingertips building an exuberant history,  detailing empires that fell, souls they knew, food that sustained them, the landscape that witnessed it all, a patchwork of memories. “The thread maps out the pattern of the artisan’s desire for a better life.” These are the hieroglyphs of this generation, They sew about the past, with dreams of the future, for generations to come. Tahsin explained to me, how many of the women do not have access to education,  yet the sorority of women find sisterhood, companionship, support, and empowerment sitting amongst one another, narrating their stories. This is then translated to the products.

Tahsin refers to its history, “Niaz Zaman says the word Kantha takes origins from Sanskrit it is written as ‘kontha’ meaning rags. The whole concept surrounding Nakshi was about turning rags into beautiful pieces of art to be celebrated.”

Tahsin saw how the social conditions surrounding the villages, bound its inhabitants to a life of limitation, without education. She wanted to find a creative sustainable way to bring Nakshi stitch to the surface once more, in mainstream marketplaces, that would double out as a sustainable solution.  She noticed that most Kantha was made by illiterate women with unconditioned, intuitive minds, who would end up stitching stories into their quilts. Today this idea has been enhanced, to provide women with the platform to learn, to read, and write these stories, keeping the tradition alive and one which advocates for children’s education. Therein Nakshi Stitch takes centre stage as a non- profit social enterprise.With over 100 different types of stitches existing today- the ‘Kantha stitch’ is the most popular of all, it grants the greatest freedom, where the embroidered motifs reflect a woman’s desire for happiness, marriage, and freedom. 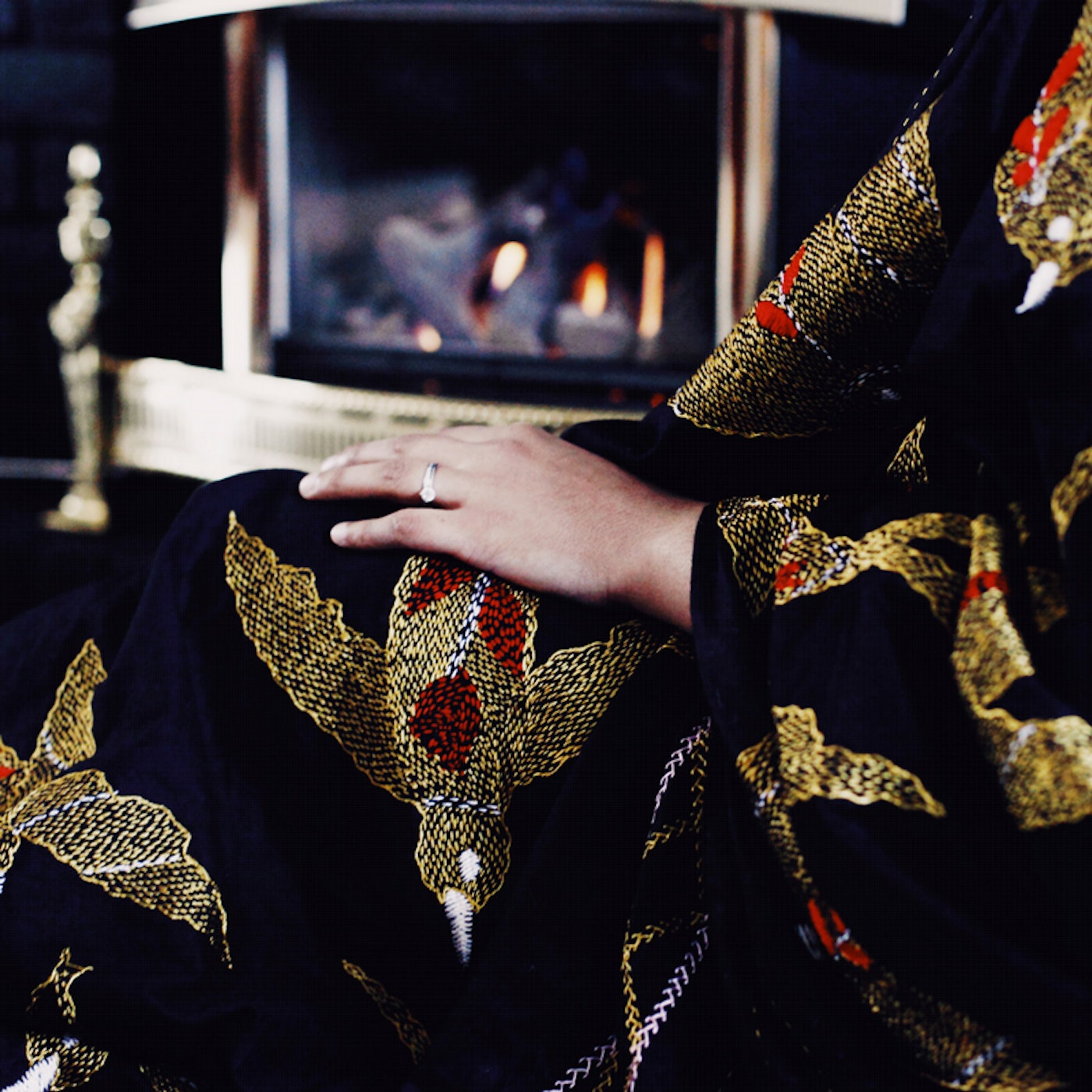 To me, this was a metaphor, reflecting what these masterfully skilled women were making of their difficult circumstances, using their talents and abilities to rise above a social system that disables them from opening doors to opportunity. The fabrics for Nakshi stitch are bought from local businesses, where the team is in the process of ensuring that all material is recycled in the near future,  staying in line with the initiative’s ethical roots and values.

“This tradition has now been revived by Nakshi stitch, in an age where fast fashion has led to more people trapped in slavery than at any point in human history including children as young as 9 years old.  40.8 million slaves exist today, according to the ILO, that’s five times the population of London.”

The proceedings of each purchase go towards sponsoring a child from a low-income family and building a school for both the women and their children to gain access to high-quality education. To empower women to earn their own sustainable income. Nakshi Kantha products are transported to the UK where they are sold by hand, by its founder, Tahsin. All proceeds then go straight back to the women and the project’s sustaining cyclical initiative. Tahsin didn’t just want the women to feel like they had one singular beautiful skillset that would grant their children empowerment through education,  she wanted them to feel confident in their creativity,  and expression. In the business side of the enterprise, she wanted to ensure that there was an atmosphere of inclusivity, every voice valued. By generating a sustainable income for themselves, the women would feel that virtually anything they put their mind to was and is within reach.

The Muslim pound what does representation really mean?

With supply chains across the world being a major cause of modern slavery putting women and children in grave danger, “a supply chain, which usually would exploit the most vulnerable in society, does the opposite it empowers them.” The Nakshi products which have become an incredibly popular purchase in the UK, have a transparent supply chain, free from modern slavery, rare and unavoidable in our current climate, as often when purchasing from larger brands, despite their efforts to create transparency, we are still lead to support or endorse slavery without even being aware that we are doing it. This spike in popularity means that economic independence and empowerment can be granted to hundreds of Bengali women who are living in poverty, which in turn will enable them to alleviate poverty locally, and combat child labour, one Nakshi stitch at a time.

Tahsin and the team are currently working on a project in the village Badeshawt Golaponj, Sylhet where a new school has been built, to change the lives of many in the area providing access to high-quality education. The visible joy on the faces of the women who know that this means, having the power to give the greatest of gifts to their children, education, so that they may have time to draw on their creativity and enhance their vocabulary to imagine, articulate and construct a world they wish to live in.

Made in Bangladesh: Are Our Consumer Choices to Die For?