Islam, Creativity, and Lights of the Quran: The Poets (Ash-Shu’ara – الشعراء) 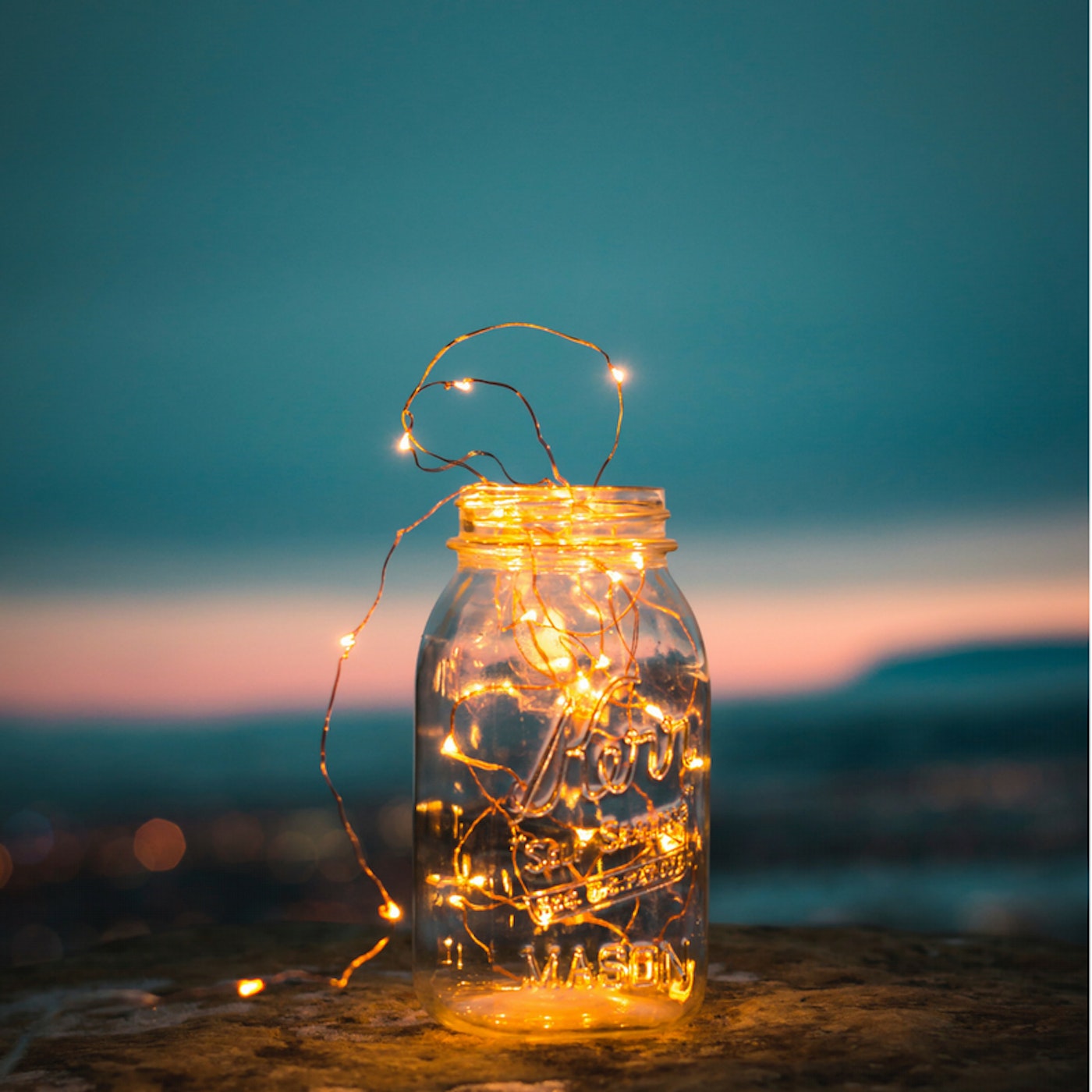 The Quran was revealed at a time when poetry had reached its peak within Arabia; rich and meaningful language warranted positive attention and it was a means of influencing others. ‘Ash-Shu’ara’ (The Poets) is one of the chapters in the Holy Quran; a ‘Sha’ir’, meaning ‘poet’, is literally translated as the “one who feels” and the root word in Arabic (‘sha’r’) means ‘hair’, referring to tactile sensitivity, similar to the ability of a poet to feel what others do not, thus personifying the interconnections between knowledge and feeling. Higher cultural civilizations very often have been defined by reaching the pinnacle of eloquence, the epitome of which not only entrains the physiological processes of the body but also the rhythmic harmony of the mind and soul.*

The universal language of love is what draws us together and the beauty of art is the manifestation of the spiritual realities of revelation into the world of forms. Art serves as a mirror of the unseen, where metaphysical realities of the veiled world are brought into the visible, tangible world so we can see them, hear them, smell them and touch them. Experiencing the beauty of art transcends the human condition and facilitates a direct, lived experience of the sacred. Neglecting art and beauty can create distance from the Divine, therefore, throughout the ages, the arts have been a tool to share the ethereal splendour of human experiences through the embellished language of the senses. Artists have thus been at the forefront of challenging the status-quo and laying the foundations of revolutionary change due to their ability to communicate truths which resonate in the times in which they live.

Person X: “Are you working at the moment?”

Me: “Basically, I curate and manage arts projects and work with artists across disciplines to promote intercultural understanding and empower grassroots activism!”

Person X: “Oh right…so…when do you think you will go back into a proper full- time job?”

Reflections of an English teacher: the art of reading

Journals to help you get started with that idea

I have had this conversation with various people more times than I can count. There is an assumption that my emerging career in the arts is just a fad, a bit like the time I began wearing hijab at eighteen during the month of Ramadan, and everyone thought it was a temporary measure to earn extra brownie points through an act of overt piety alongside fasting. Needless to say, at the close of Ramadan my decision to wear hijab was acknowledged as being indefinite and I was able to go about my everyday business with a strong conviction in my faith. Why then do I find it difficult to embrace my role as a creative producer? Perhaps it is due to a lack of self-confidence or maybe my inability to discern what it means to be successful in the eyes of onlookers.

I think back to my teenage years where my creativity was flourishing; Drama and English Literature were my favourite subjects; I loved Music and started learning to play the keyboard; I shared my poems and stories during lessons and assemblies. Yet growing up in inner-city London as a Muslim girl of South Asian heritage from a working-class immigrant family, I was predisposed to a future that would ensure security and acceptance in wider society. My parents wanted ease for me and perhaps my teachers’ implicit bias prevented them from setting ambitious expectations and therefore when it mattered, I did not receive the support and encouragement to pursue my creative aspirations. Instead, I did a degree in BSc (Hons) Biology with Business Management and completed my PGCE at a highly reputable London university before becoming a qualified Science teacher. For me, the sciences were a suitable alternative to the arts because they allowed me to contemplate and impart knowledge about the vast complexity of the universe and our place within it, however, I could not ignore the effervescent feeling of needing to be stimulated by something more tangible. I co-founded Dar Aminah Book Club, I facilitated creative writing workshops and performed poetry at community events, and so my creative hunger became insatiable.

Motherhood was a turning point in my life. I had given birth to two beautiful souls and my mind raced as to how I would physically and spiritually nurture them. I did not want them to be subjected to racism growing up as I had and I did not want them to experience Islamophobia, which became so normalised post 9/11. I wanted them to grow up in a world that would transcend the notion of mere tolerance and instead accept them for who they were. I wanted them to be able to see themselves in all spheres of life and aspire to be whatever they set their minds to.

It was around this time that I went to see ‘The Art of Integration’ exhibition by the pre-eminent photographer of the Muslim world, Peter Sanders, at the Brunei Gallery at SOAS. As a firm believer in the Qadr of Allah, it was no accident that I bumped into the artist just as I was leaving the gallery and he mentioned wanting to tour the exhibition in another part of the UK. I told him I would make it happen and I did; funded by the Arts Council of England as an emerging creative producer, I brought the exhibition to Luton and commissioned a new body of work, ‘Beyond Borders’, to shed light on the positive representation of British Muslims, challenge sensationalist media headlines about the town and celebrate its rich cultural diversity.

This was an important and influential project because it empowered people of all ages, cultures, and backgrounds to share their own stories and interact in spaces which reflected their own experiences.

The Muslim in the Room

Since embarking on this journey I have received a massive amount of support and encouragement from family, friends, and colleagues yet I cannot help be slightly disappointed about the lack of Muslim representation which still exists in the sector.

There are times where I may be the only visible Muslim and if I voice an opinion about an institutional disregard for “diversity”, I feel that I am representing nearly 1.8 billion people across the globe, whereas people of other faiths or of no particular faith are not charged with such a responsibility.

We require greater representation within the arts and we need to engage with the existing spaces, alongside creating our own, to help nurture the hidden talent that exists in our communities.  Within my current context, the perception of being a token Muslim or tick-box exercise is frustrating, to be viewed on the radar as ‘breaking stereotypes’ and to constantly be challenging work which perpetuates negative stereotypes of Muslims is exhausting, so when I facilitate a workshop, attend a conference, see a draft script or watch a scratch performance, my feedback may sometimes be received through the lens of the ‘other’ and if I am the only Muslim in the room, then my voice is muted.

Burden and beauty of the struggle

“God is beautiful and He loves beauty”

When the burden of representation becomes a little difficult to bear, this Hadith Qudsi is my guiding light and a timely reminder that the beauty of creativity is a manifestation of the Divine. Creativity is an inspiration that can be found within us, a gift from the Creator and through it we can nurture it as a means of spiritual enlightenment and self-fulfillment. Contemplating the attributes of the Divine will bring us closer to Him and utilising this for our own artistic expression is a journey we should all embark on.

The Poets of Our Time

Whether spoken word, story-telling, qawwali or hip-hop; ceramics, calligraphy, textiles or architecture, our heritage is rich with the artistic manifestation of divine beauty and we are beginning to successfully implement a seismic shift in arts engagement.

The poets of our time are speaking truth to power and are representing the deen in a way which no amount of ritualistic religious observance ever could.

I have had the privilege of working with some amazing artists and have learned so much from them, least of which the importance of pure intentions and seeking out spiritual fulfillment. In these times of unease, however, there is a dire need for more positive representation to help to redefine the arts scene. It is my hope that we will continue to value and support the creative practitioners in our midst and commit to planting the seeds of inner creativity to inspire the generations yet to come.

“In your light, I learn how to love. In your beauty, how to make poems. You dance inside my chest where no-one sees you, but sometimes I do, and that sight becomes this art.”

Imrana Mahmood is a creative practitioner with a passion for educational grassroots activities to enable self-empowerment through arts engagement. She is the co-founder of Dar Aminah Book Club and the lead artist of Qalam creative writing collective. The focus of Imrana's work is to support and nurture artists and projects which require a platform to develop. Her focus is on the depths of artistic expression to enhance representation as a means for redefining the arts scene. As a qualified teacher, Imrana aims to inspire young people by providing them with spaces for creative growth and is committed to enabling teachers to incorporate artistic elements into their lessons. Imrana is a mother of two and in her spare time enjoys reading, watching movies and eating chocolate. You can follow her on Twitter @imrana_mahmood

6 Quran Verses and Hadiths to Get You Through Hardship

Beekeeping: Understanding the God Given Role of Being a Guardian of the Earth