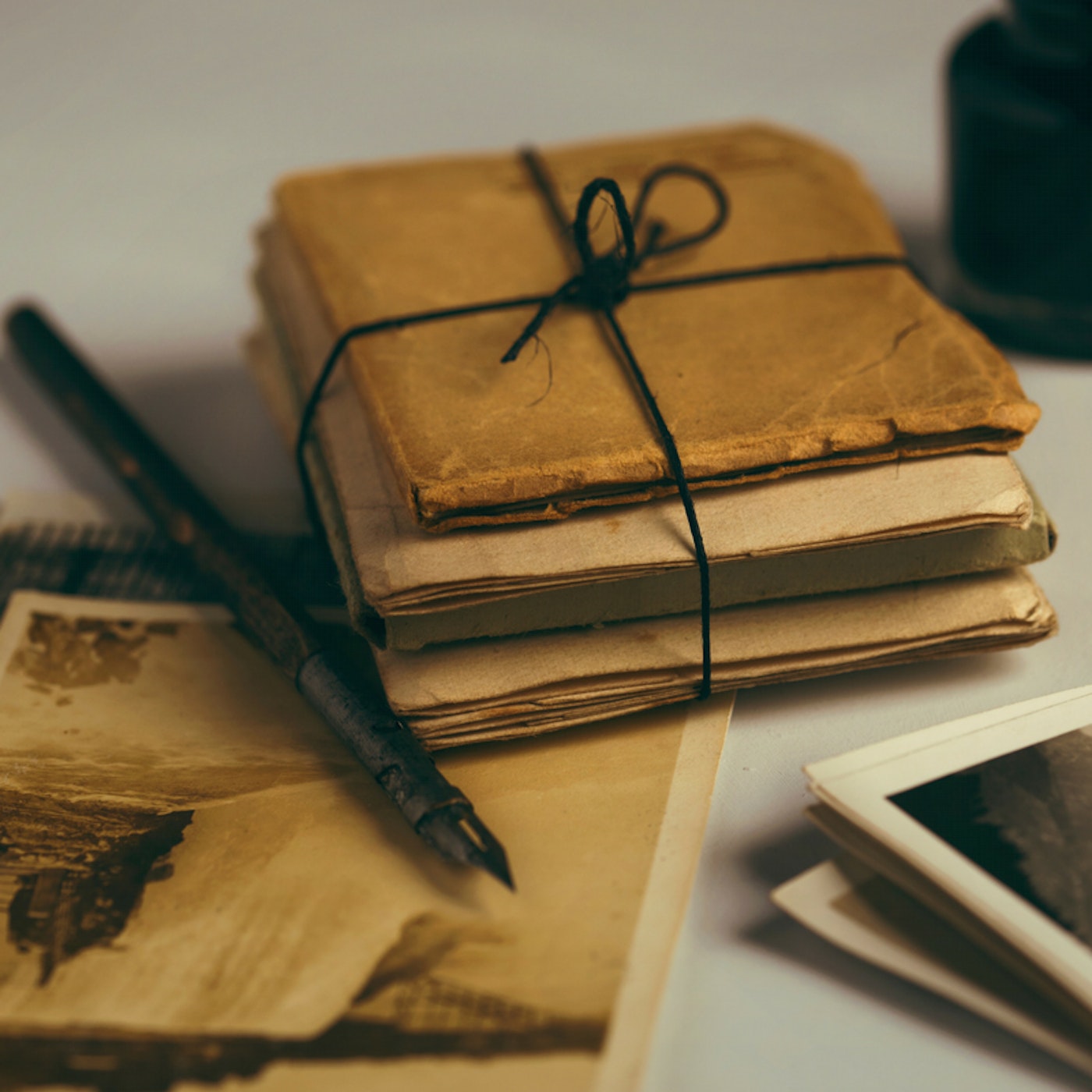 This article was first published by SISTER’S Magazine in 2014.

The Talents of Aishah (Ra)

‘Aishah bint Abu Bakr (RA) was the best of women. Her excellence is proven by the privileges bestowed upon her by Allah (swt). She carried such status with Him that she was the only wife of the Prophet (SAW) to see Angel Jibril (AS) in his human form. She was also the only wife who witnessed revelation come to the Prophet (SAW). She was a strong believer in Islam and her firm belief shaped her life in every way imaginable. One way in which this is evident is through her worship of Allah (SWT) which was, simply put, inspiring. There are narrations of her standing in salah for hours on end, praying and crying to her Lord. Even after the death of the Prophet(SAW), she chose asceticism over the life of luxury that she could’ve opted for, due to the righteous family and household she belonged to.

‘Aishah was so beautifully generous and considerate of the poor, as well as fearful of living a life of unnecessary indulgence. When she was given gifts, she would immediately give them away; when she was given food, she would give it away even if it meant she had none left for herself.

Not only was she exceptional in her private and public worshipping of Allah (SWT), ‘Aishah was amongst the greatest teachers and scholars of her time. She was one of the three wives who memorised the Qur’an – along with Umm Salamah (RA) and Hafsah (RA). ‘Aishah not only remembered Allah’s words, but she understood them too, which allowed her to interpret the Qur’an and provide tafsir. This great woman is considered to be among the earliest of the Fuqaha, alongside the likes of Umar ibn Al-Khattab (RA), an expert in fiqh and a jurist on matters of Islamic law. Her memory was exceptional and she had the gift of being able to remember exact speech, as well as when and where she heard it. In ‘Aisha: The Wife, the Companion, the Scholar’, Dr. Resit Haylamaz writes that ‘Aishah had a photographic memory. She narrated over two thousand ahadith without which we would be ignorant of the most intimate practices between husband and wife.

We’d know very little about how the Prophet (SAW) acted in his home towards his wives were it not for the brave women of Madinah who would seek these answers and the courage of ‘Aishah (RA) who would provide them.

Her intelligence benefitted the Ummah immensely. Not only was she learned in medicine and genealogy, she was a master of the Arabic language and so flourished among the oral traditions of seventh-century Arabia as a poet and naturally eloquent public speaker. The companions would seek her advice and counsel and they sought knowledge from her unashamedly. One of her most successful students was her nephew, ‘Urwah ibn Zubayr (RA), who went on to become one of the greatest scholars of the tabi’een.

‘Aishah (RA) was a wife, scholar, teacher, student, altruist, and worshipper. She was all of this and more. When considering her status, achievements, and excellence, it is important to note that there was one thing ‘Aishah was not. Although she retains over the Ummah the rights of motherhood, ‘Aishah (RA) had no children of her own. Allah (SWT) never granted her the gift of (biological) motherhood.

The way of the Prophet Muhammed (saw)

When a hadith is used as an excuse for bad behaviour

After embarking on marriage, it’s extremely common for a couple to be bombarded with questions about when they plan to have their first child. If this couple dares go past the year mark without having procreated, they can often expect to bear the questioning of their community, be it from their relatives, their friends or even complete strangers.

This incessant pressure to have children is an innovation that did not exist at the time of the Prophet (SAW). Yes, he did encourage us to have lots of children so that on the Day of Judgement his Ummah would be booming.

There are indeed many ahadith pertaining to the reward and status of being a mother and we know that one of the main purposes of marriage within Islam is to raise a family in a halal and blessed environment. But the idea that a woman’s sole purpose in life and in marriage is to have children is incorrect. The prevailing notion that she is less feminine or womanly because she isn’t a mother is not from Islam. The opinion that motherhood makes a marriage is a concept in modern Muslim society that exists as a consequence of ignorance.

Books available to Muslim women inadvertently mirror these beliefs in their failure to cater to sisters with no children. Texts written specifically for women usually contain a large section for the explanation of the reward of parenting and the status of motherhood – and rightly so. The majority of females in our Ummah have children and so they have a right and a need to access such texts.

But I am yet to come across a book written for sisters with no children. Sisters who aren’t mothers for whatever reason, be it through miscarriage, stillbirth, death at infancy or infertility, are not nearly considered enough in available, modern Islamic literature. The books I read and have come across do not challenge the idea that a Muslimah is no less of a Muslimah if she has no children. And for those who fall into this category, it can be an extremely alienating experience. This, coupled with pressure from in-laws, relatives, friends, and strangers, can leave a childless Muslimah feeling lost as to what her purpose is in life. She may begin to feel that she really is less of a woman, perhaps even less of a Muslimah since Allah (SWT) has not given her access to the bountiful rewards that lie in being a mother.

These beliefs dominate our society both explicitly and implicitly. But our society conveniently forgets about the great women who are the Mothers of the Believers. After the death of Khadijah (RA) the Prophet (SAW) married eleven women. Of these wives, only one bore a child for him – Maria al-Qibtiyya (RA). Umm Salamah had four children from her previous marriage to Abu Salamah and Sawdah is attributed a son (from a previous marriage) in some narrations and in others, she is attributed none. What is clear is that ‘Aishah (RA) was the only virgin the Prophet (SAW) married. All of his other wives had husbands before him, some of them more than one. None of these remaining eight wives bore children in their lifetimes, a condition we would refer to today as infertility. As for those who had children from other marriages, who kept relations with the Prophet (SAW) but had no children with him, they can be classified as having experienced secondary infertility. We know that the Prophet (SAW) was able to have children as he had six with Khadijah (RA) and one more with Maria (RA).

Were these women, our Mothers, pressured into feeling that they must have children? Were they continually asked why they’d ‘failed’ to provide the best of mankind with a son or daughter? Did people raise their eyebrows at them, surprised they still had a husband? Did people dare question their societal or religious status based on their inability to have children? The simple answer is no.

The believers of the Prophet’s era and the generations that followed had too much respect for their wives and sisters and too much fear of Allah (SWT) to add unsubstantiated beliefs and ideas to His perfect way of life.

The notion that the attainment of femininity and success (whether Islamically or otherwise) lies only in motherhood is not from the Prophetic tradition. The evidence that you don’t have to be a mother to be among the righteous goes all the way back to the time of Musa (AS), with Asiyah (RA) – wife of Pharoah – never having any children of her own. The Prophet (SAW) declared in a hadith that Asiyah is among the best of the women of mankind (Bukhari and Muslim). Her righteousness cannot be doubted. Sarah (RA) – wife of Khalilullah Ibrahim (AS) – lived a life of infertility until she was granted news of her first child at the age of ninety Subhan Allah and Zakariah (AS) and his own wife were unable to have children until Allah (SWT) granted them this blessing in response to Zakariah’s (AS) du’a.

It seems that the Muslim community forgets about the number of great women in our history who did not bear their own children. These are all women who have been promised the highest of stations in Jannah.

The love between ‘Aishah (RA) and the Rasool (SAW) is difficult to describe using mere words. When you read about their relationship and you hear about the love and respect between them, it’s something all should want for their own marriages. When asked who he loved most, the Prophet (SAW) would answer ”Aishah’ (Bukhari and Muslim). During his last days on Earth, he requested that she be the wife looking after him and all the other wives gracefully accepted this since they knew the happiness she brought him. Allah’s mercy to mankind died with his head in ‘Aishah’s lap after a decade of marriage with her. ‘Aishah was left to continue her life without him for over fifty years before she could join him in death. The Prophet (SAW) loved her so dearly, not despite their lack of children together, but in spite of this. There is no documented evidence that ‘Aishah herself, the Prophet (SAW) or his other wives felt in any way deprived due to the absence of their own biological children in their marriages. There is certainly no documented evidence that the Rasool (SAW) had any problem with this. If we, today, have a burning desire out of love to give our husbands children, imagine the desire the Mothers of the Believers must have had to give the best of creation a child. But they are the true believers of Allah (SWT) and His Qadr and alhamdulillah they did not live in a society that made them feel insignificant or incomplete. They understood that being a mother is one of the many ways in which we can worship Allah and gain His pleasure.

Those women who wish to have children but have not yet been blessed with them should know the ease with which they will reproduce in Jannah Insha’Allah. The Prophet (SAW) said:“If the believer wants a child in Paradise, the pregnancy and delivery will take only an hour, then the child will be the age that the man wants.”

Limaan Shayma is a 22-year-old English language teacher from Manchester, UK. She’s the founder and editor of Moments of Perfect Clarity – a website which provides Islamic articles and reminders for the Muslimah community – and is currently travelling the world with her laptop in tow, determined to find her perfect writing spot. Follow her on twitter @IimaanShayma