Why as a Second Generation Caribbean, I Will Never Consider England My Home 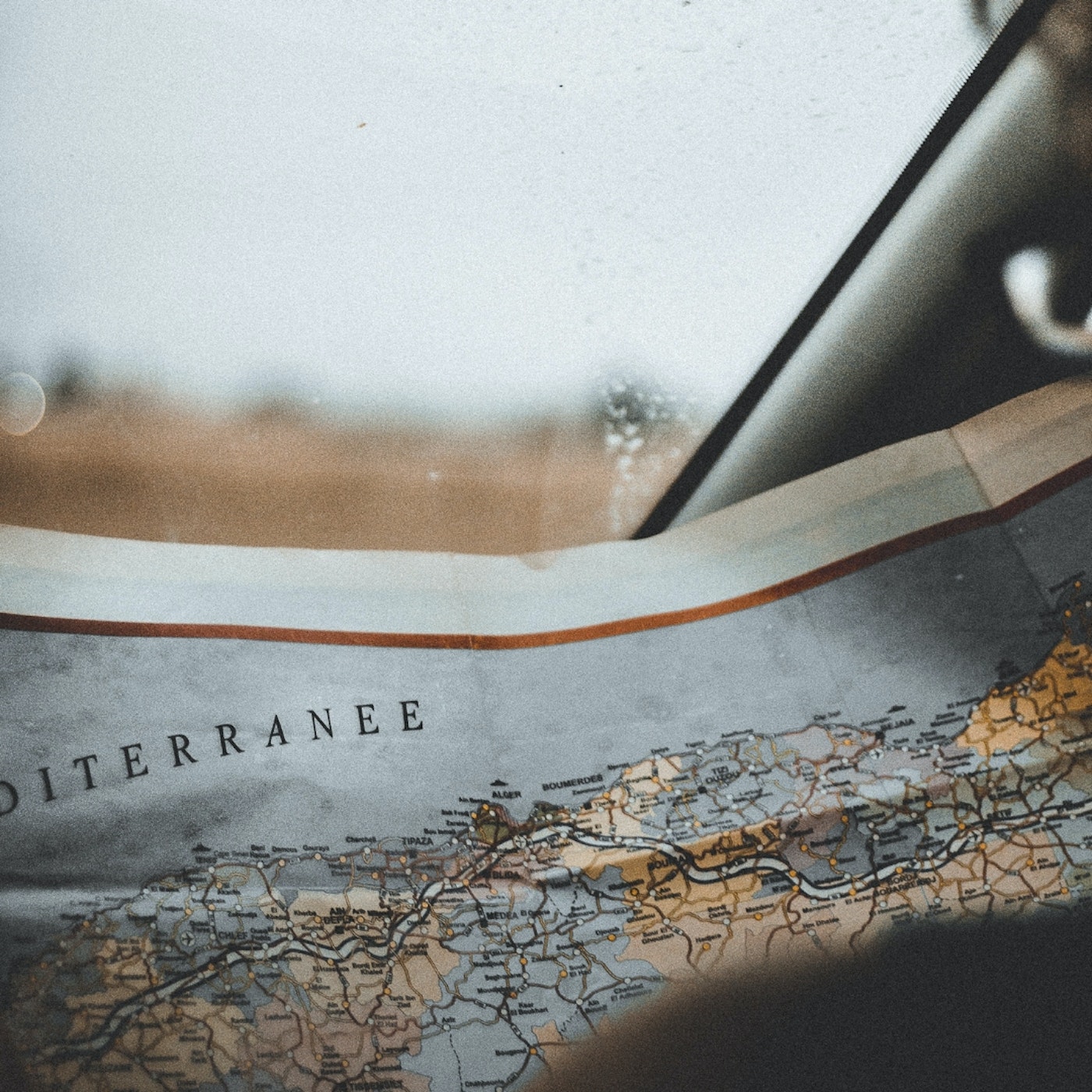 I was scrolling my timeline, and I saw this

I have just received a letter telling me to be “grateful” as a black man for all “we have done for those black people who came to live here” or “go back to where ever you came from”. I was born in the Whittington Hospital the son of Windrush migrants. And I will speak for them. pic.twitter.com/WkCeDpLQPf

Honestly, it didn’t surprise me. As a Muslim woman, I’ve heard similar things. As a Black, British born Jamaican, I’ve heard the horror stories from my family of their early years in Britain and I have frequently been ‘othered’ or faced with micro-aggressions. The recent treatment of the Windrush generation didn’t surprise me either. Caribbeans have had a complicated relationship with Britain. When this country was falling apart after the Second World War, Britain decided to encourage migration (note; migration, not immigration. They were British Citizens at the time) from the Colonies to the Mainland. And they came, they came and they rebuilt a very broken Britain. My grandparents journeyed to England at this time. My Grandmother worked as a nurse and my Grandfather as a labourer. As a result of their early migration, my grandparents have never actually been Jamaican citizens. Fortunately for them, they travelled to and from Jamaica frequently so they had passports and other documents that a lot of Caribbeans in this country did not have and are now being persecuted for. My grandparents settled here and made a family. My Mum and Aunt were both born here and I was born here too. So, why not call it home?

Flying back to Jamaica

In Jamaica, our unchangeable home is the place where our ‘navel string’, or umbilical cord is. We have a beautiful tradition of burying a babies cord and placenta under a sapling.

The sapling grows as the child grows and that tree is there with roots planted firmly in the ground for them to point out their home. The roots of the tree signifying the roots of the child in the land of their birth. In Britain, our umbilical cords are incinerated unless requested otherwise. That left me landless in a way.

Fortunately for me, my grandparents made sure that every year there was money in a pot for me to fly back to Jamaica. I spent almost every summer of my childhood exploring my island. Meeting all my family members, even the most distant ones. Being shown pictures of my relatives who had returned to God even before I was a thought in my mother’s mind. I would eat Julie mangoes on the veranda with my cousin that we had picked from the tree in our yard and fire ants would burn my legs. I didn’t appreciate it as a child, but as I got older I realised what my Grandma (she was the one who would physically take me) was doing. Every time we landed she would tell me ‘these are your people, this is your home’.

I would watch as my Grandma looked on in disgust, at popular tourist attractions like Dunn’s River, at staff speaking in overdone and completely unnatural ‘Jamaican’ accents because that was what was expected of them from the white tourists, I suppose in return for the money their tourism would bring. I would listen as she muttered to herself that even here in our home we were expected to perform. Never to be too deep or real, because that would spoil their fun. When I was old enough, I observed for myself how white tourists avoided my Jamaica, and opted instead for the beaches and fenced in resorts. For a palatable Jamaica that they could have fun in, drink to their heart’s content and shout ‘Yah Mon’ at the top of their lungs, but never seeing the actual country or the people. One vivid memory of mine, we were in a shop, and a white tourist pushed, very boldly, in front of my grandma in the queue. As it was a neatly formed queue, he couldn’t have missed it. It wasn’t an aggressive maneuver. It was as though he expected nothing less. As if he thought, “Well, I want it this way. She will have to accommodate me”. I watched from between the shelves, penny bun in hand, as my Grandma drew herself up to her full height and said to him “You may feel like you can do that when we are in your country, but this is my country and you will get in place behind me”. In my mind, the same arrogance in the letter David Lammy received was the same arrogance here. A kind of ‘we gave you everything, be grateful’ Being home emboldened her, to speak up in a way she may not have in a place she was seen as an outsider. I realised why she was bringing me here. To show me that it was important to have a land of your own.

The erasure of culture as a black Muslim

Don’t get me wrong, if I flew to Spain tomorrow, I’d refer to my flight back to Britain as a flight ‘home’. Do I like it here? Sure. I like it as much as one person can like a place where they are frequently made to feel ‘other’. There are many aspects of Britain I love and benefit from. My warm feelings for Britain are more of a familiar love like I love this place because it is predictable and I know it.  But on a deeper- in some ways- spiritual level, thinking of ‘home’ as a place where I feel at home. Where I feel like I am safe, accepted, the norm; Britain isn’t that for me. That letter sent to David Lammy is just one example of anti-Black sentiment in Britain. There are millions more. I know many of us who are children of people who are not native to the country we have grown up in feel a dichotomy between our ancestral home and our land of birth. In my case. I spent a lot of time feeling not Jamaican enough for the Jamaicans but too Jamaican for the English. A further thought on this, however, made me feel differently.

Although Britain as a whole does present an image of championing diversity I’m sure almost all of us can relate to being asked questions like “Where are you really from then?” or “Well, what about your parents?” by white Brits, much less to tell of the more aggressive, openly racist things we get told. I feel like what defines white Britain’s attitude to non-white Brits is the idea of ‘tolerance’. It’s a word bandied about by many politicians. It’s on my daughter’s nursery display board as a British value. Britain is tolerant. I believe that wholeheartedly, it is clear to me that we are ‘tolerated’. Not loved, not a part of the fold, not accepted- just tolerated. On the other hand, when I go home to Jamaica I am called ‘English girl’ or people will speak to me in a diluted Patwah. I used to think this was what made me too British for Jamaica. Until I realised that, although I was always identified by my land of birth, I am expected to live according to Jamaican culture, even as a ‘girl from Farrin*’. I am expected to raise my children on plantain porridge. I am expected to teach my children Patwah. I am expected to wash my intimates by hand with blue soap (every Jamaican knows that it’s an abomination to place underwear in a washing machine) and to force everyone in the house to clean on a Saturday morning. I was expected to behave like a Jamaican woman, even though I lived here in England. I realised that Jamaica had to be my home and Jamaicans had to be my people because they were surprised and confused whenever I didn’t act like them. In Britain, I am constantly expected to be ‘different’ from the white English norm. I am expected to have strange ways, eat strange food, speak a strange language. Because whether Britain likes to admit it or not, I am not the norm. I decided to follow my grandma’s plan and go where I fit. , I see Jamaica as my home. The land where my spiritual navel string was cut, if you will, and I doubt that will ever change.

Want to listen to Che Richards read this beautiful piece herself?

Click to listen to Che Richards reading her piece below, and click here to listen to the rest of our Amaliah Anthology series now…

Che is just one woman striving to live in alignment with her natural inclination. She hopes to heal herself as best she can and live to tell the story and share the secrets. She posts stuff @frenchsaiai across all socials.