by Hirra Khan Adeogun in Lifestyle on 6th May, 2021 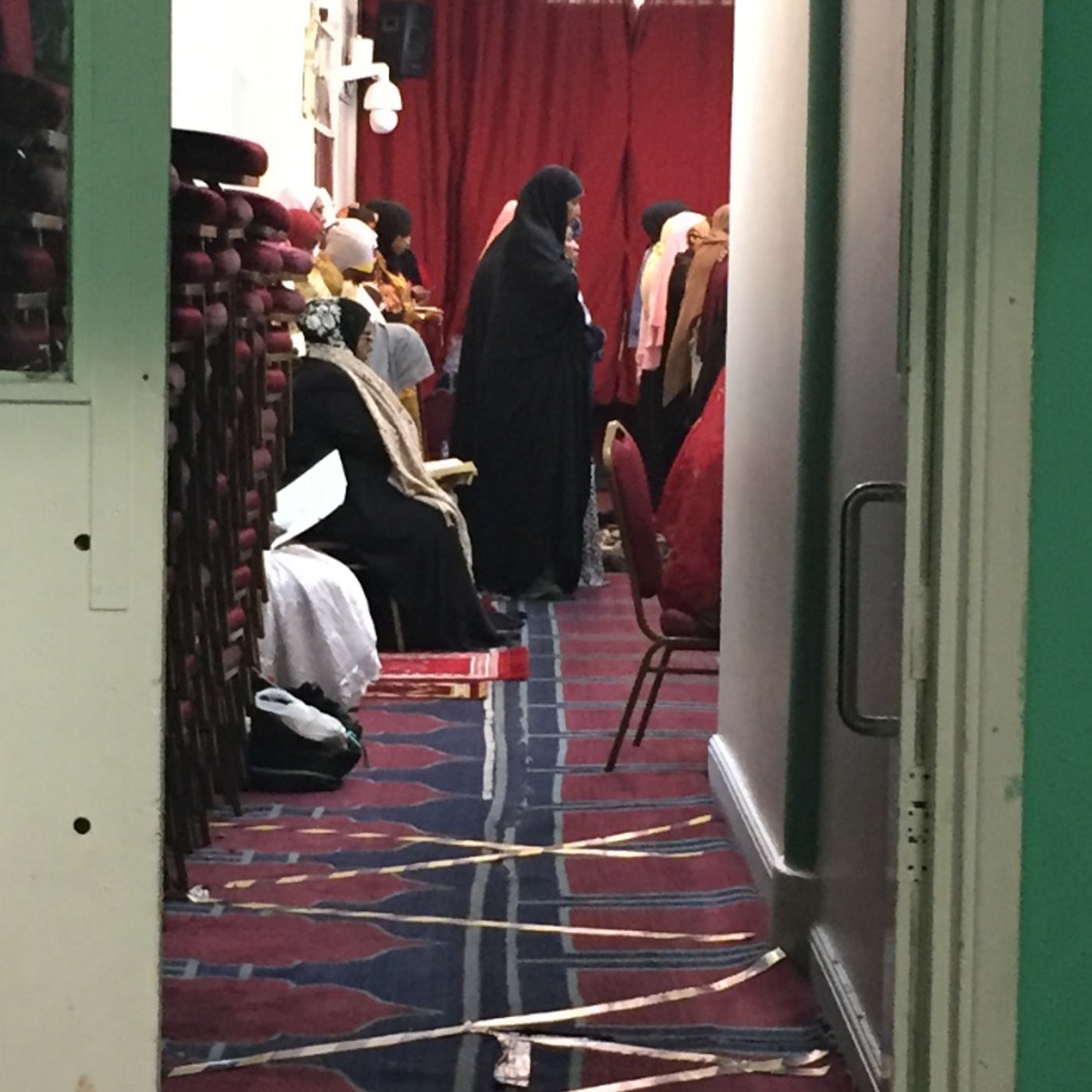 Whilst most mosques I’ve been to do not have a woman’s section we embarked on a journey in Ramadan to visit diverse mosques for evening prayers to experience the rich tapestry of nationalities, denominations and mosque structures that make up Islam in London today.

The Old Kent Road Mosque, run by the Muslim Association of Nigeria UK (MANUK), was completed in 1994 to cater for the Nigerian Muslim community in London. The green and white mosque proudly reflects it’s Nigerian roots. The front entrance gives access to the women’s section. 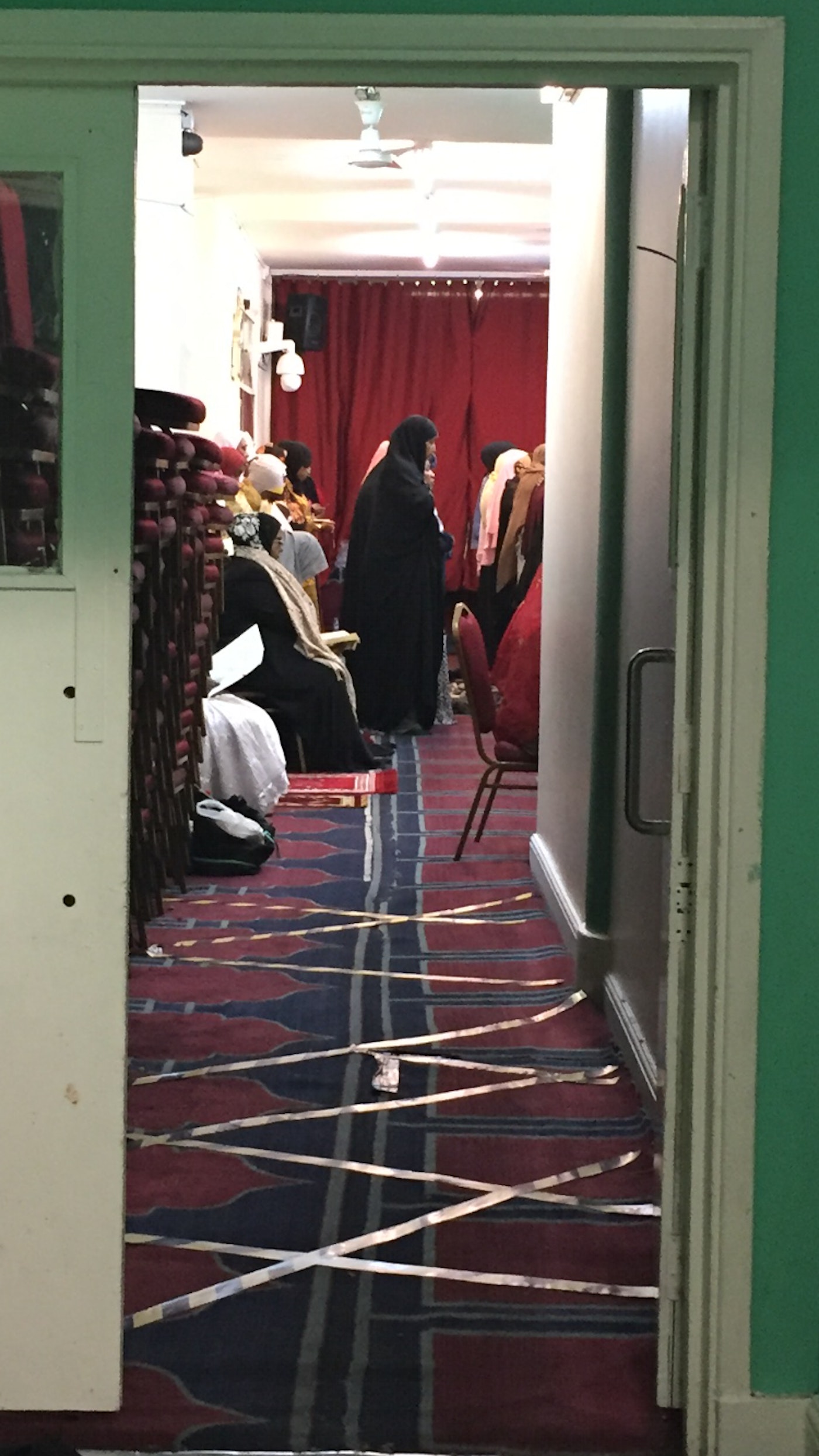 For anyone who drives, deciding between the convenience of a car and the turmoil of looking for parking, it is enough to put you off. Here we were, wondering if we could park, clearly quite visibly confused. A kind man told us not to worry, reassuring words from what we assumed was someone who lived locally. We were shocked to learn, as we walked to the mosque with our local guide, the women’s entrance was at the front of the mosque. Not to the side. Not behind. Not down several flights of stairs, hidden from plain sight. We entered the mosque, which had just hosted a community iftar with Justin Welby, the Archbishop of Canterbury. The energy was electric and we felt welcome, with the familiar greeting of “As-salāmu ʿalaykum” as if we were regulars.

After finding some space, we sat down to take in where we were. To take in the hubbub of conversation, women ushering in and the knocking of coins whilst donations where being collected. Much to our surprise (and delight since we had no cash) there was a machine through which we could pay with a contactless card! As is the norm, we were ushered forward to fill in spaces that were non-existent. We squeezed in and we looked to around, sharing looks of exasperation with everyone. Our congregation was bursting at the seams, there was no space. Miraculously, we all made space! This had to be one of the most squashed I’ve ever felt. A humbling reflection of the community this mosque serves and its necessity. A mosque that provides free counselling and legal advice, programmes for the elderly and tutoring for young people.

Our brief visit to the Old Kent Road Mosque was a colourful experience, one where every woman accepted the various articles of clothing we wore to pray in, where there is space and solace for all. 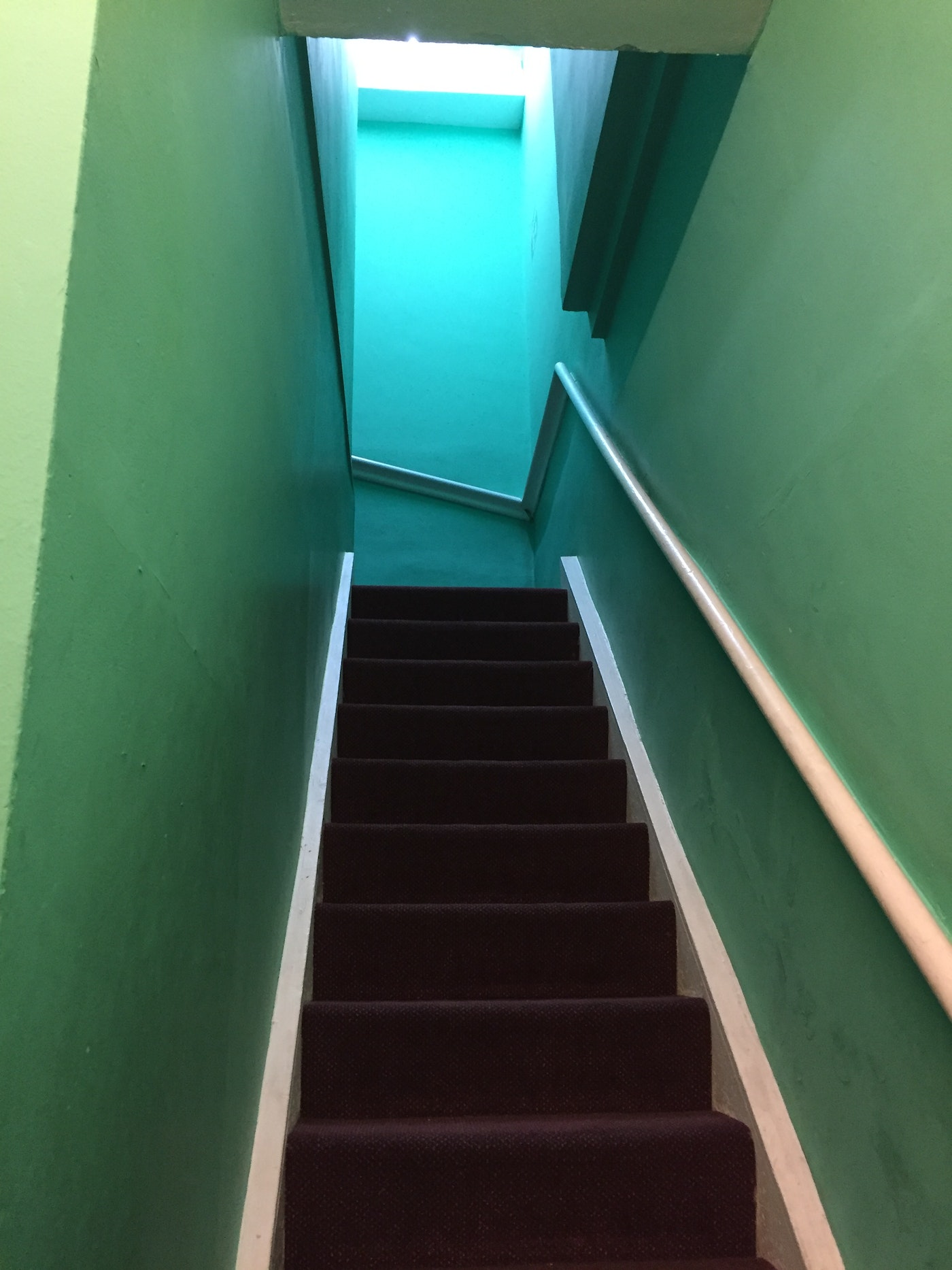 A banner hung outside the mosque that read something to the effect of,  “Muslims and Christians unite in peace / Not In Our Name”. It made me smile and warmed my heart. As we entered the mosque, I was struck by community centre vibes – several women were clearly packing up after a big iftar and there were huge cans of tinned tomatoes stacked in the corner, no doubt for cooking delicious Jollof. A community centre is exactly the Prophetic model of a mosque!

The interior was painted a mint green – a subtle nod to Nigeria but also a hugely symbolic colour in Islam due to its heavenly connotations (e.g. see verses 55:76 and 76:21 in the Quran as well as this excellent Amaliah article). Praise be to God! The women’s section was buzzing with life. Half of the room was lined with chairs, dedicated to those who had limited mobility. It felt so satisfying to be amidst so many other Muslim women who had come out that night to worship God – young, old and everything in between.

As we waited for Isha to begin, an aunty walked around with a bucket for donations. I felt incredibly guilty knowing that we were guests yet hadn’t thought of bringing cash to contribute. I needn’t have worried as two minutes later another aunty came by with a contactless reader and we both eagerly swiped our cards. I was admiring the modest stained glass windows decorated with crescent moons when I heard the iqama and a woman in the row ahead beckoned us to come and stand next to her. It is common practice to leave little or no space when praying in congregation, to stand shoulder to shoulder, leaving no room for Satan to fill the gaps. We moved forward but as Isha began I instantly felt a sense of regret – my forehead barely touched the ground whilst prostrating because of the lack of space.

Yet once Isha was over another aunty urged us all to ignore the demarcated space on the carpet and instead adhere to the much tighter space allocated by masking tape on the floor – squashing us vertically and horizontally! We did our best to comply as around 200 women were tightly packed into a room that could maybe hold 150 at a stretch.

Despite the squeeze, it was still uplifting to pray in congregation with women from different walks of life, different colours on display, abayas and turbans, nail polish and henna, all praying side-by-side, prostrating to God.

Hirra is currently kickstarting the process of making private cars obsolete in our cities, accelerating the move to a zero-carbon Britain built by, and for everyone. She is also trustee of the Women's Environmental Network (Wen). Hirra previously managed events for Amnesty International UK, extensively explored British Muslim identities, and used evidence and insight around the experiences of underrepresented people to drive positive change. She is passionate about designing sustainable futures that centre social justice, human rights and community cohesion. Follow her on Twitter on @hirr4.