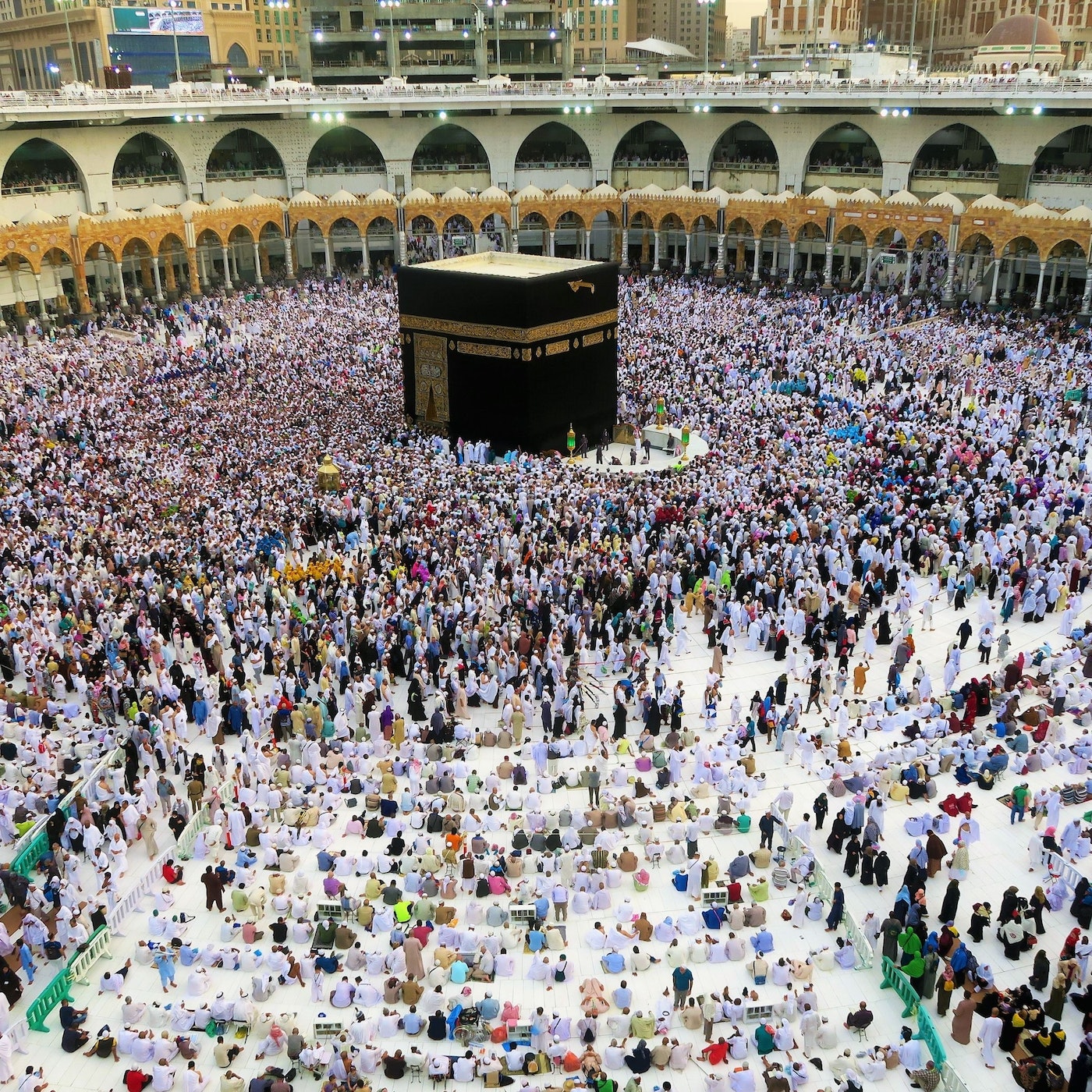 The Hajj as I have known it as an observer has changed due to the Pandemic which has meant restrictions such as social distancing have transformed an otherwise ‘busy and bustling’ pilgrimage experience. These words no longer come to mind as I observed other Muslims performing their Hajj in 2020, the images that we all saw were drastically different to that which we are used to. Instead ‘order and neat lines of hajjis’ have been what I have witnessed.

I decided to look over at what Hajj has looked like historically, as far back as 1400, whilst much of it is unrecognisable to us due to the many extensions and renovations that have taken place, there is a familiarity because of the seas of pilgrims we see. I managed to complete Umrah in 2018 of Ramadan with my two children and my memories are that of witnessing Muslims from every corner of the earth coming out to fulfill worship as outlined by Allah Swt and we were shoulder to shoulder even in tawaf.

Amongst the many changes in the world the Kaaba has remained in all it’s glory, the house of Allah preserved and untouched, a reminder that Allah has remained constant for us through this time and our lives. Here is a retrospective of Hajj from various years, beginning with 2020 an taking us to as early as 1400.

May we all have the opportunity to complete the pillar of Islam that is Hajj. Ameen

Pictures from Hajj 2020.🕋❤️
Womens are kept in first in first circle so they complete their tawaf easily and don't get tired. This is the teaching of Islam.#HappyWomensDay2021 pic.twitter.com/dSYGl5CE3g

I still think one of the strangest visuals to come out of the pandemic is Mecca during Hajj.

Whoever performs Hajj for Allah’s sake only,does not have sexual relations with his wife,and does not sin or do evil,then he’ll return free of all sins as if he were born anew

May Allah put you among them and may He bless us to perform Hajj in 2020🙏 #Hajj2019 pic.twitter.com/N6tz6VaeRl

On this day 9th Zul-Hajj in 2011 at the age of 15 years I had performed Hajj Alhumdulillah it was very Precious time for me ALLAH aap sbko bhi Hajj krna naseeb kry.❤ pic.twitter.com/XlyuSyJGuy

O Allāh Bless us all to return to your Sacred House and the journey of #Hajj 2005/06 #Reminiscing pic.twitter.com/93P5tBxvlU

A picture dated May 1988 during the #Hajj pilgrimage in Makkah. pic.twitter.com/TTRIM4vfx5

❝…Khidma is an important quality. Hajj is a school and you will learn a lot…❞@shaykhabulhuda #Hajj2018 https://t.co/wSjaMVkZGN // limited places // early bird discount pic.twitter.com/AAkRd0qQA1

Although the Ka'ba's covering is now black, during the Fatimid era it was white with gold embroidery. #HajjHistory pic.twitter.com/uGRmWtr72M