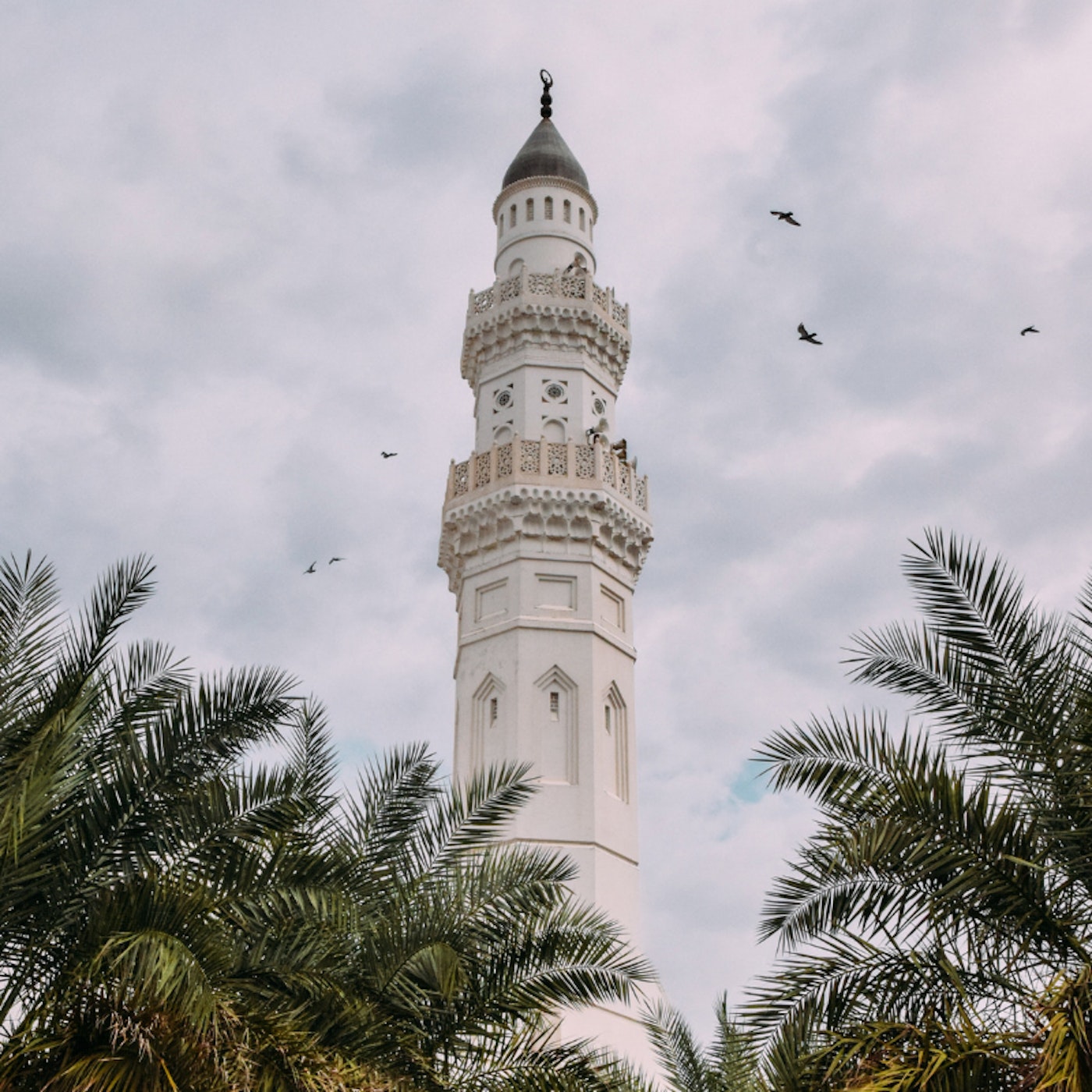 Last year, shortly before the beginning of the Hajj, the grand pilgrimage to Makkah and Madinah which a Muslim who is healthy and financially able has to observe once in their life, a friend of mine and I reflected upon its meanings. She was preparing for her pilgrimage and during our conversation we realised that the modern Muslim is confronted with one specific anxiety before taking off to the sacred places: We are utterly afraid of the unknown. We start sweating at the thought of having to face nature’s unpredictability. My friend shuddered when forced to imagine that she would have to spend a night in the desert and go on long marches in the blazing Arabian heat. “We have never learned to survive. If such a destiny would face us, we could barely, if at all, endure its forces all by ourselves,” she reflected.

This scenario made me quite uncomfortable. We can argue that as human beings in our age, we have seperated ourselves from the universe, we have detached ourselves from its many dangers but just as well of its incredible beauty. We are living in electronically illuminated nights and technologically refined days.

The Industrial Revolution brought, along with its achievements in production and quality of life, a disadvantage that has bored itself deeply into our existence: We are part of the cosmos, we live and die within its tides, but we do not perceive ourselves as connected to it.

We have uttered that we could tame nature and bend it to our will, and thus became unable to recognise how much we rely on it and how desperately our souls are yearning for it.

A year ago I moved to a small town by the sea. Only upon arrival, I realised the blessings of the water surrounding me, my apartment is at the centre of an island-like town structure, with the sea and lakes building a natural border to how far one can go. Only when I became able to witness how much I had missed this mighty element in my life.

I found myself staring at the water as if hypnotised by its little undulating vibrations, and listening to its sounds for which my heart had been screaming out.

This journey into my new home was an uncertain one. Carrying only a suitcase and a train ticket, I set out on my way. Not even my accommodation was known to me, because I had never personally seen my apartment. I had to trust. When I asked myself why on earth I had gone to a place 700 kilometres away from home and into a chapter of my life which was entirely uncertain, the only response I found was – it is for Allah alone. For the work that had to be done in this little town by the sea, it was only for Him.

It is The Generous Who has given us this earth to travel in search for Him. The place in which I had spent my childhood and adolescence had become a dead-end. I had to move on, the journey had to continue. A change within myself was unfolding and stagnation could not hold what needed growth and expansion. It is true that we can outgrow people and places. And it would be foolish to stand still once movement becomes an obligation and once the spirit recognises that in order to live, we must leave behind. And this was not the first time I had to leave.

When I was a child, my family and I fled a war. We had to leave our home, Bosnia, and go to a place safer, which was destined to be Germany. Our homeland had become a dead-end, too. The war forced itself into our existence and made a radical cut. So we had to go. Move on. And 25 years later I found myself in migration yet again. Experiences and memories led me away from what used to be the safe zone, the well known but unbearable.

Sometimes, Allah makes life so difficult in what is comfortable, and the chest becomes so tight that we can hardly breathe, just so that any exhausting journey and any uncertain future is worth daring. We belong to Allah and to Him we shall return. Comfort and the feeling of having arrived only serve as illusions and deceive us by making us believe we have ended our journey to our Source. But if there are any breaths left in our lungs, we have not yet arrived. So we keep going.

My teacher told me that setting out into the world is the separation from the mother. She birthed us so that we can find The Source, find Our Creator. The Arabic word “Umm”, interestingly enough, means mother as well as source. So we leave her in order to return to Him. Holding on to what we are used to, in this sense, means holding on to her breast, like an infant which has nowhere else to turn for nourishment. If we don’t let go, certain that the universe will be sustenance for us wherever we should find ourselves, we will remain unable to know Allah. His Mercy and Sustenance is hidden behind our fears of not being able to survive in this wide cosmos, the wildness of our own existence.

So He tests us by watersheds that shake us up and convey just how helpless we are. But Allah has made it an obligation upon Himself to take care of us. It is His Responsibility alone. All He asks of us is that we trust. When we set out, we put all of our trust in Him and hand ourselves over to His frightening and mesmerising cosmos.

If we are able to free ourselves of our anxieties we open ourselves up to the possibility of finding treasures we never imagined we so desperately needed. Allah says in His Book: Whoever has taqwa of Allah — He will give him a way out and provide for him from where he does not expect. Whoever puts his trust in Allah — He will be enough for him. Allah always achieves His aim. Allah has appointed a measure for all things. (At-Talaq, 2-3)

The sea has become my sustenance. I cannot drink from it, yet it quenches my thirst. Its glance puts remembrance (Dhikr) on my lips, and reminds me that He raised His Throne upon water. The daily journey back to nature gives me a sense of safety. Because I have learned that his Rizq, His provision, as long as there are breaths left in our lungs, cannot be taken from us. And it reminds me that our connection to it can be our greatest teacher, if we are capable of being still and simply listen.

It is the uncertainty which makes the Hajj so fascinating. Every year, Muslims set out, leaving the comfort of the well-known, aware that they might never return, or that this could be the last pilgrimage they will ever undertake. They are wrapped in the fabrics that shall become their burial shroud. A constant reminder of death. We belong to Allah and to Him we shall return. They make circles around the Kaba, they stone the devil, they walk back and forth from one place to another, walking as the prophets have walked before them. They remember that the journey has no end and are forced to trust, knowing that provision will reach them. The natural surrounding is unknown, the masses of people are wild. All of the elements are thrown into the rhythmic movement around His house.

Chaos, wildness and unpredictability, which, back in the safety of our homes, we only find in our imagination. An adventure.

In Makkah we are thrown back into Fitra, our natural form.

The circles around the Kaba illustrate our cosmic dance in which we find ourselves, whose part we are, and which we ever so often forget.

The Hajj is a cut. We set out, reach the destination, survive, if Allah wills, and come back, reborn. In this time of technological overload and well-structured lives, it is of benefit to reflect upon the incisive, wild and natural force of the pilgrimage and revive its flowing vibrations in our hearts once we are back home. It may serve as a reminder that, in this life, we will never truly arrive. So why not dare to set out on an adventure into the unknown?

Tijana Šarac is a Bosnian born journalist and writer currently living in Germany. Aside from writing, she has been working as editor, proofreader, and translator since 2015. Her fields of interest are mainly social, psychological and cultural observations and reflections.