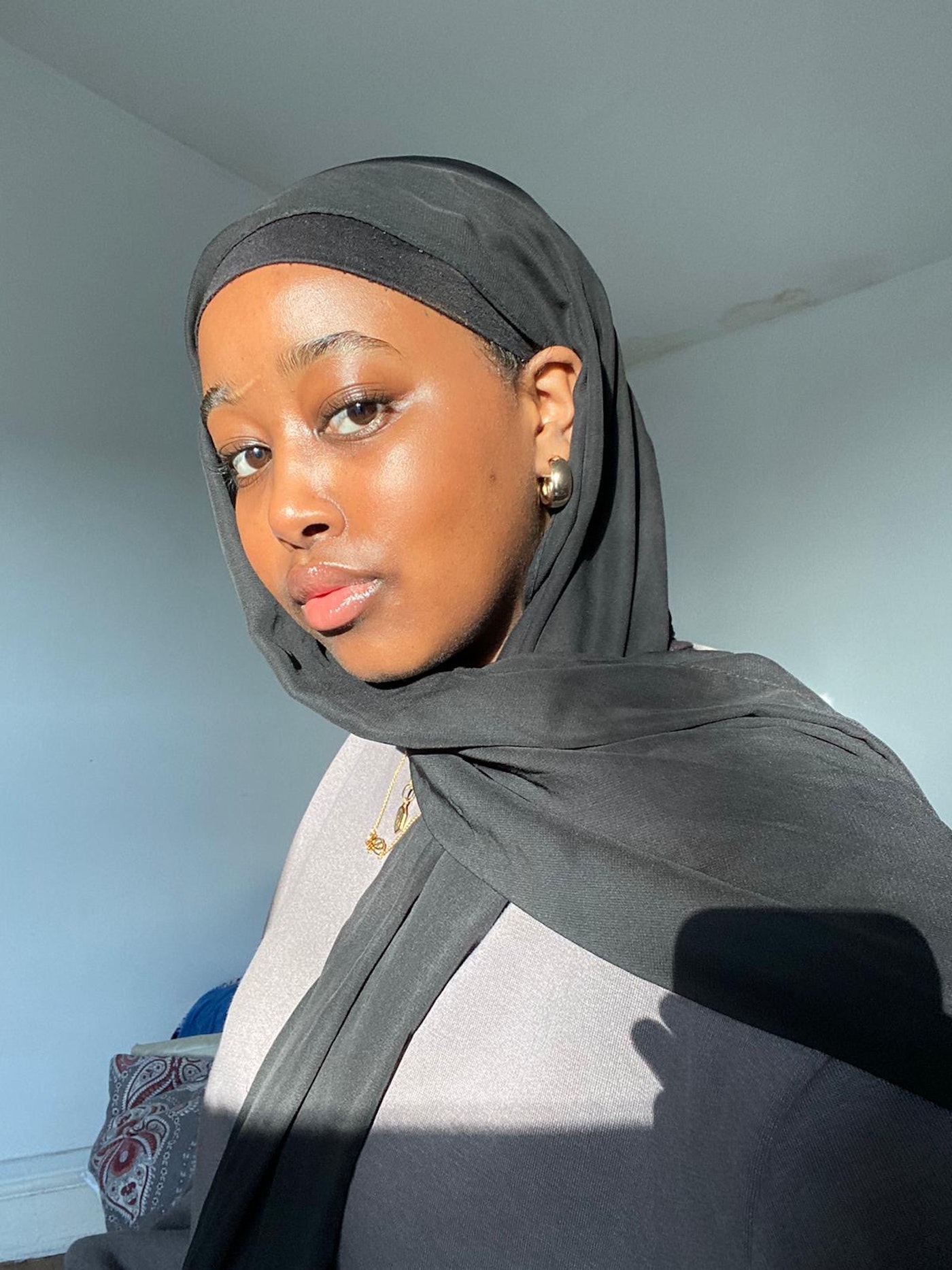 Continuing the series exploring spaces for Women of Colour, I spoke to the founder and former president of Queen Mary Student’s Union society Black Girl Book Club (BGBC). Hannah Idil is a final year student at Queen Mary, who between doing all of this amazing work managed to find time to edit and self-publish an anthology last year titled Hive Mind that featured the work of Black students at the university. When we talk about taking up space and making spaces within universities we often look at university initiatives, but there are a lot of students who have made their own spaces. Black Girl Book Club is one of these spaces providing monthly meetings for members to discuss books by Black women and more importantly; find a home on campus. Hannah and I met up to discuss the problems faced by Black students regarding a lack of space, institutional changes, and the reaction to the society.

📣📣📣 good morning everyone, we have a HUGE announcement to make ‼️ here is the cover for our anthology, Hive Mind, designed by the incredibly talented @cairomia (check out her art page @aimoriac for more beautiful drawings) ✨ more information about the launch event and how you can get your copy coming VERY soon!! 🥰 save the date, 22 March!

When I asked why she started BGBC as a society on campus Hannah said that she felt there was a lack of spaces on campus for black girls. Recounting her personal experience she said “when I went to other, similar themed, societies I felt uncomfortable. It felt like the topics of discussion weren’t ones that I was able to relate to”. This is not an uncommon experience, talking to women who attend similar spaces, many of them say they’ve had a similar experience where they haven’t felt welcome or comfortable in spaces designed for ‘all students’. So why a book club? Hannah says there was a lack of spaces to meet other Black girls who are into the same thing i.e. books. “We also get to choose the books that we want to read; books by Black women”.

Hi girls! Welcome to Black Girl Book Club. This is a space for Black girls to socialise, make like-minded friends and, of course, talk literature! It doesn’t matter if you’re a veteran bookworm, a casual reader or someone who simply hopes to get into books – our aim is to showcase and discuss works written by Black women, which is unfortunately, so often overlooked. We have so many exciting announcements in the next few days so make sure to share with your friends! ☺️

I’ve attended two BGBC meetings and I can attest to how great the mood is at the society. The first meeting I attended we discussed Slay in Your Lane by Elizabeth Uviebinené and Yomi Adegoke, for me it was perhaps the first time I felt a sense of belonging in a society despite not meeting any of the girls before. When we spoke about the atmosphere at BGBC Hannah said that “It’s very similar to cultural societies like ACS and Somali society but it’s just for girls and for me that’s even better. You can be yourself more around girls as you have less of the usual worries you have when guys are around”. She also said that there is no pressure at BGBC, “most of the time we end up talking about our personal experiences so it is quite therapeutic.”

It can be difficult for women of colour wanting to make their own spaces, especially within institutions such as universities. When I asked Hannah about the reaction to BGBC she told me there weren’t any problems with the university or the students union. However, they did get a bit of attention on an anonymous university confessions page on Facebook [note that this page is not affiliated to either the university or the SU]. “There were over 80 mentions of BGBC saying things like why can’t there be a white-only society and people even threatening to report us to the SU”, shaking her head she continued “but we don’t engage with that discourse and apart from that we haven’t had anybody else say anything”.

Conversation then moved on to the anthology, Hive Mind, that Hannah edited last year, “it had a group of Black students as contributors writing about their experiences as Black students although not all of the pieces related to being a student”. There were a wide range of submissions for the anthology including being a Zimbabwean to colourism and the sexualisation of Black women. “Even though we had different views and experiences, it isn’t comprehensive of all Black people’s experiences.”. On why she was so proud of the anthology Hannah said that for some of the people who contributed it was their first time sharing their writing, “it was the first time trying something that was empowering and gave them a platform”. In honour of this for the launch of Hive Mind Hannah told me that most of the contributors got up to read their pieces “that was new to a lot of us”.

more from the launch!

Lastly, we discussed being a Black woman at university and inclusivity came up, when asked about the inclusivity of the university Hannah had this to say; “The only times I’ve felt this university is inclusive is due to student-led initiatives, not because of the institution. As much as the structural issues at the institutional level affect me, I’m secure in myself and there are so many fellow students doing things that I feel is inclusive such as the student-led Black History Month. I feel lucky because as a student you have a safety net that you won’t have at work, there are a lot of other black and ethnic students around. In other places I’ve often been the only Black/Muslim there, that’s why I feel like there is a safety net at university.”.

Sara Omar is a 22 year old freelance writer living in London who has had work featured in gal-dem and CUB. She is currently studying Genetics at Queen Mary where she writes for the student magazine. Sara’s work focuses on news affecting women and refugees. Founder of Spaces for Women of Colour, Created by Women of Colour editorial on Amaliah